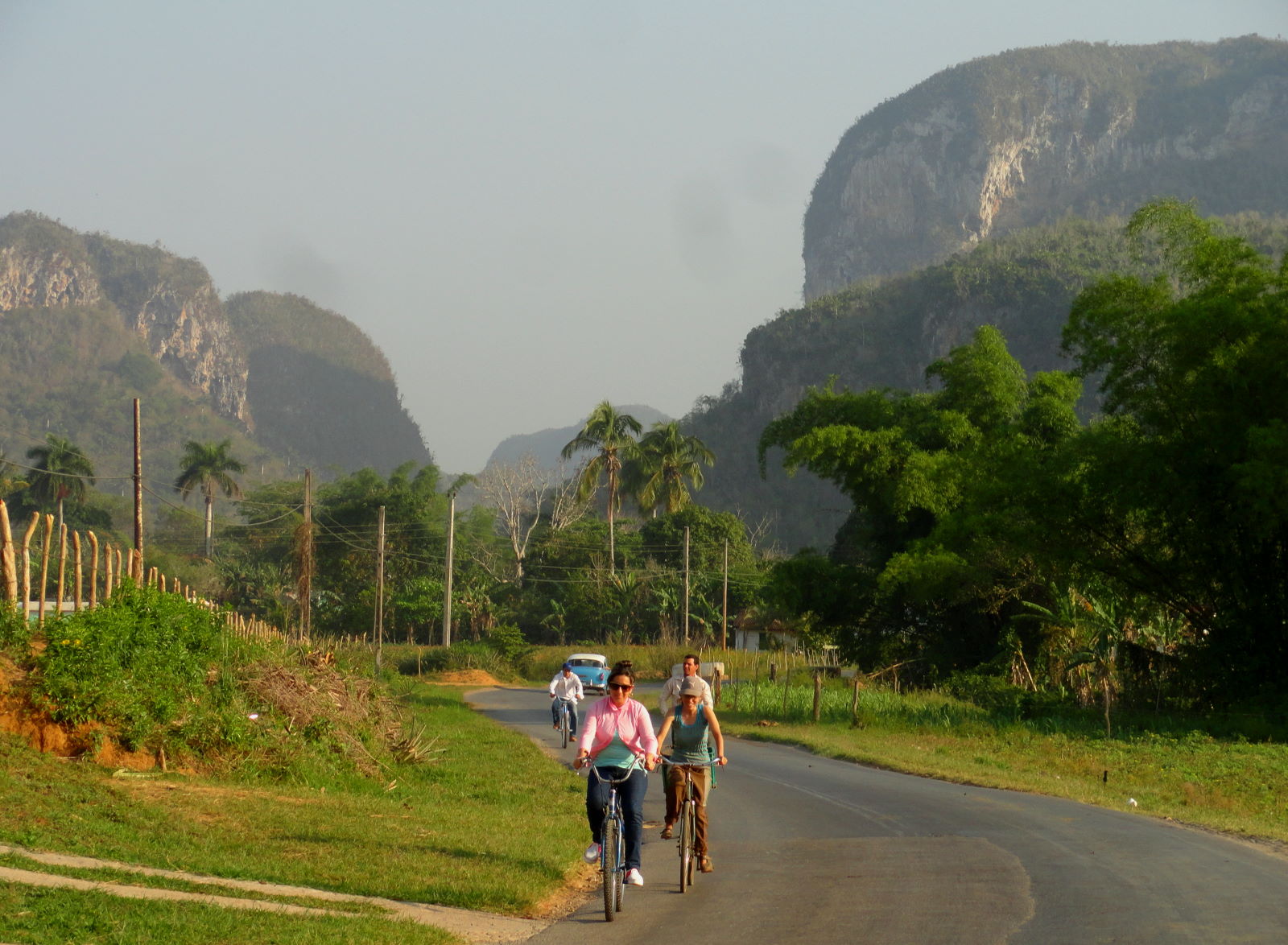 With the End to End done, but two weeks left before my flight home, it all felt like being at school after final exams but before the end of term. From Fri 24 Apr to Tue 28 Apr I explored Viñales, a tourist town surrounded by spectacular lush scenery of mogotes, sugarloaf hills (pic).

I stumped up to go on a sunset guided walk around local farms (pic). Very good it was too. We saw growing pineapples, mangos, guavas, tomatoes, cashews (bless you!), corn, lychees, tobacco, sapotle (woodapple?), manioc, chilli, palms, and lots of other edible and rubbable things that cure colds and diarrhoea and bad skin – ailments all miraculously avoided during my bike trip. And hummingbirds too, of course, but that’s, like, yeah, so what, round here. 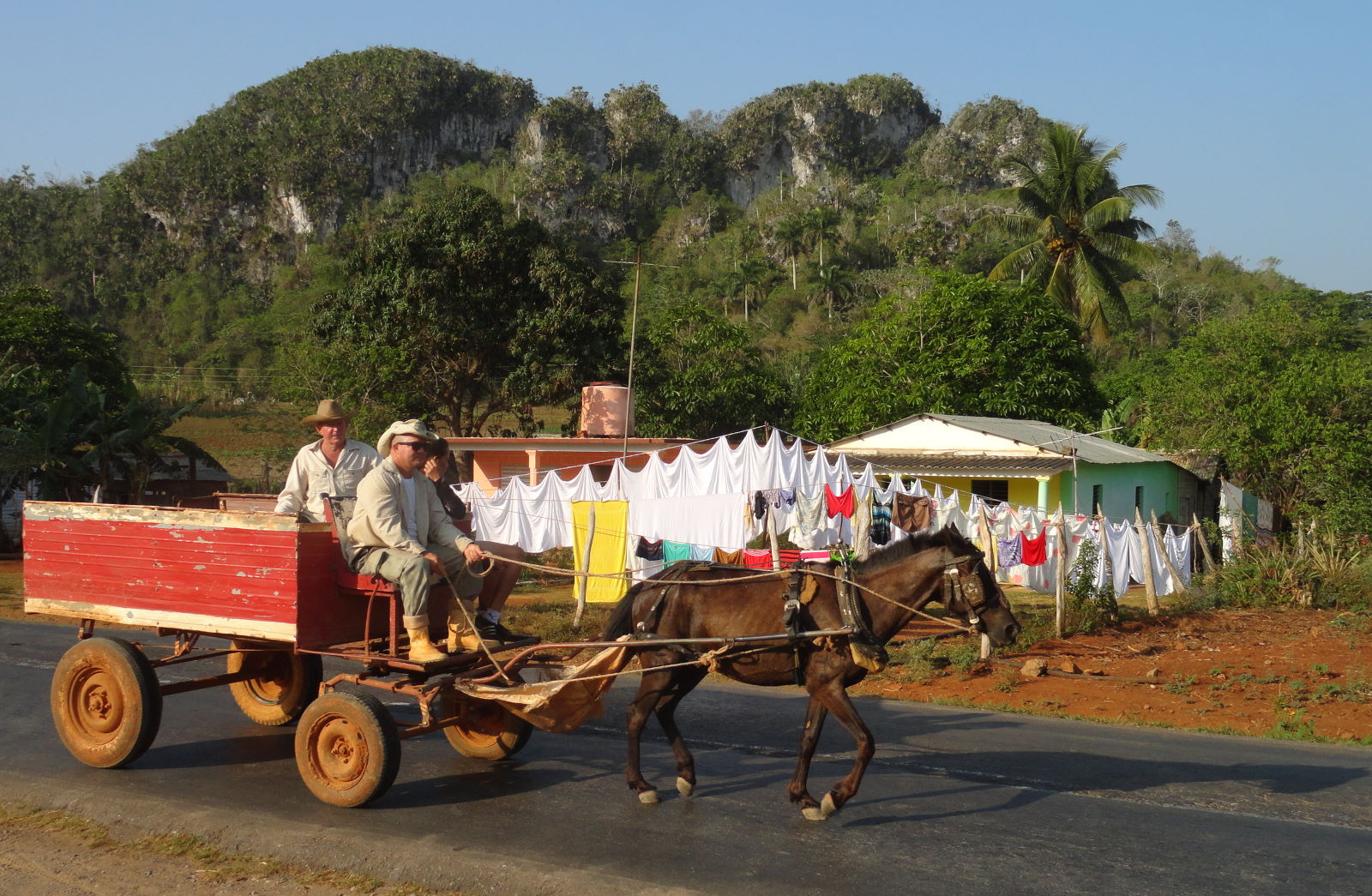 I did a few other touristy things, such as visiting the Indian Cave, and paying over the odds in CUCs for food and drink, but mostly enjoyed a lot of short circular rides round the area that took me a bit more off the beaten track (pic). 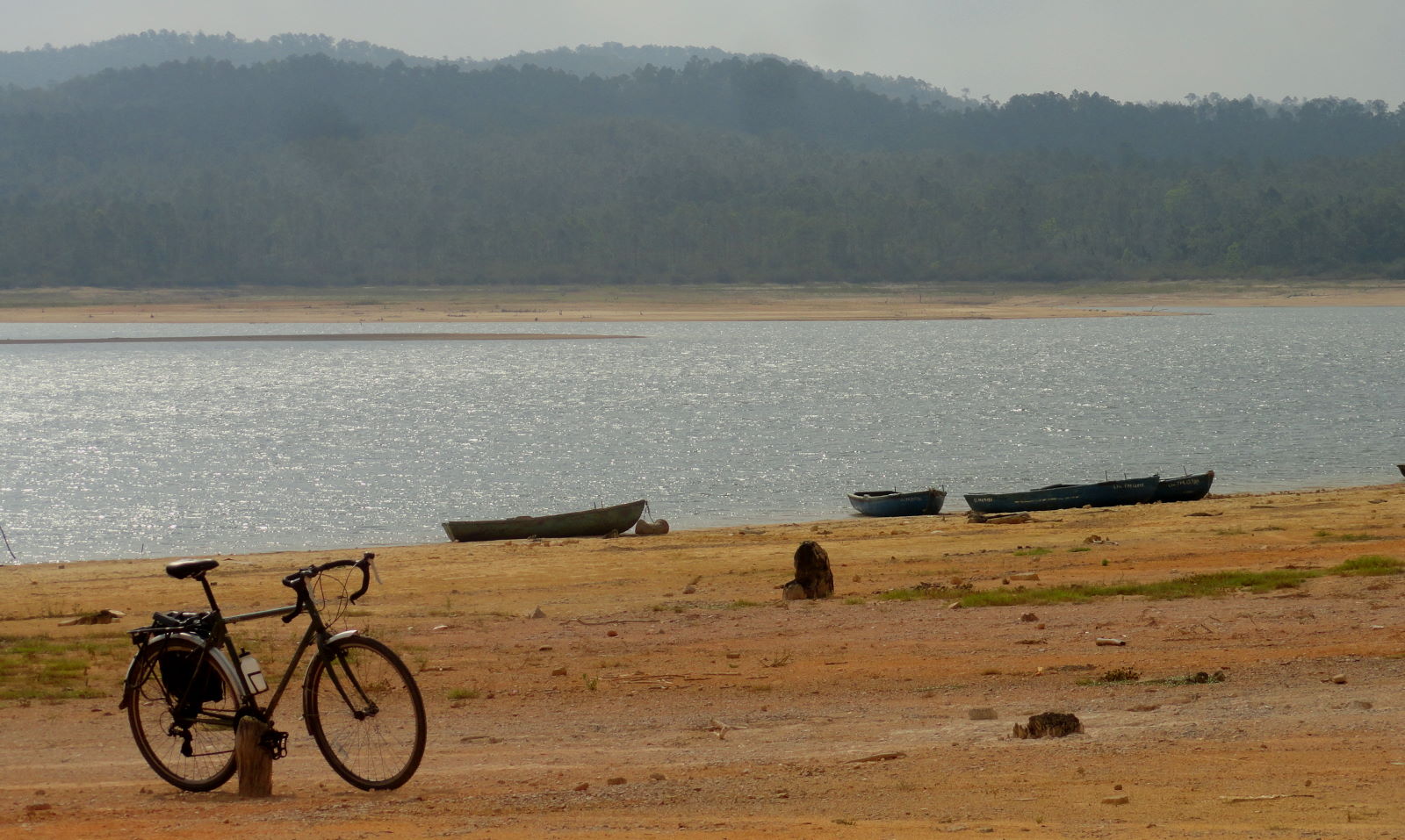 It was hot – record-breakingly so, locals told me with a shake of the head – and one afternoon I was pleased to cool off with a wild swim in the local lake (pic). 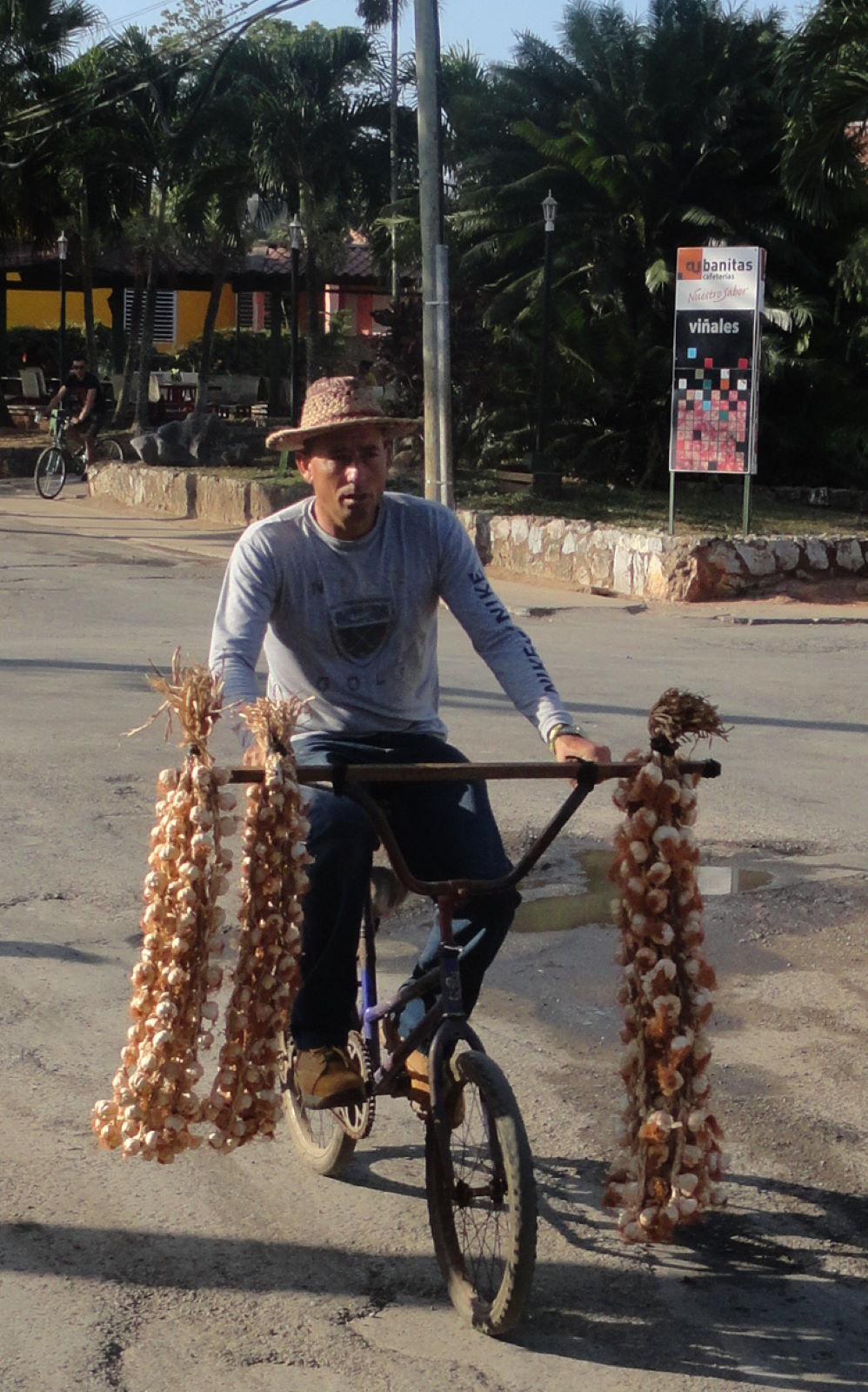 It was fun in Viñales, I was glad I went, and I liked mooching round the villages by bike (pic).

But I was getting a bit bored by the end. My most pleasing discovery was Vino de Pasa, a sweet wine and fruit juice concoction made locally in Pinar del Río that tasted like soft sherry and cost far less than a coffee in a tourist cafe.

It was time to return to Havana for my final week in Cuba. I’d spent a couple of days there on the way out, but had only had a brief glimpse. 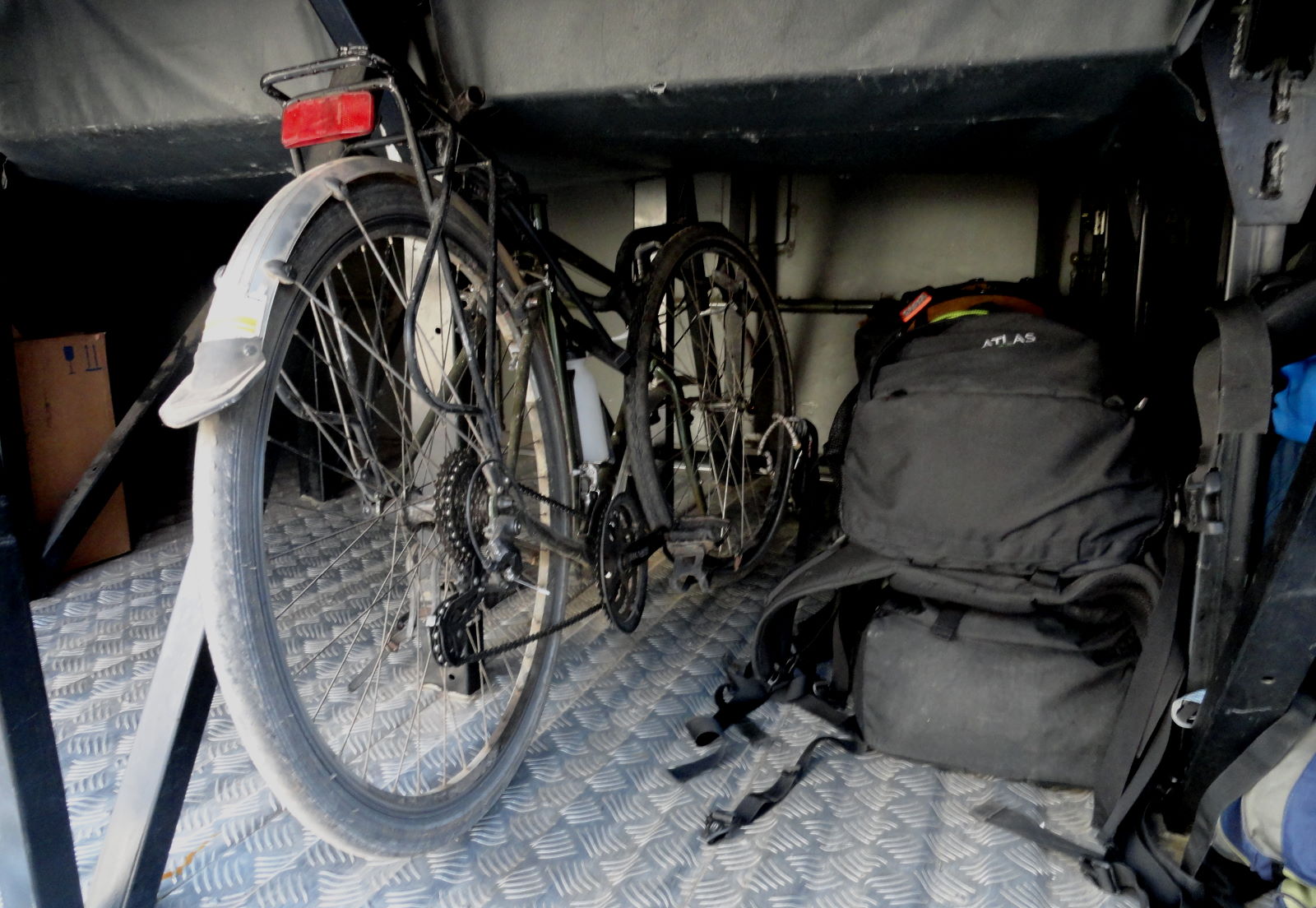