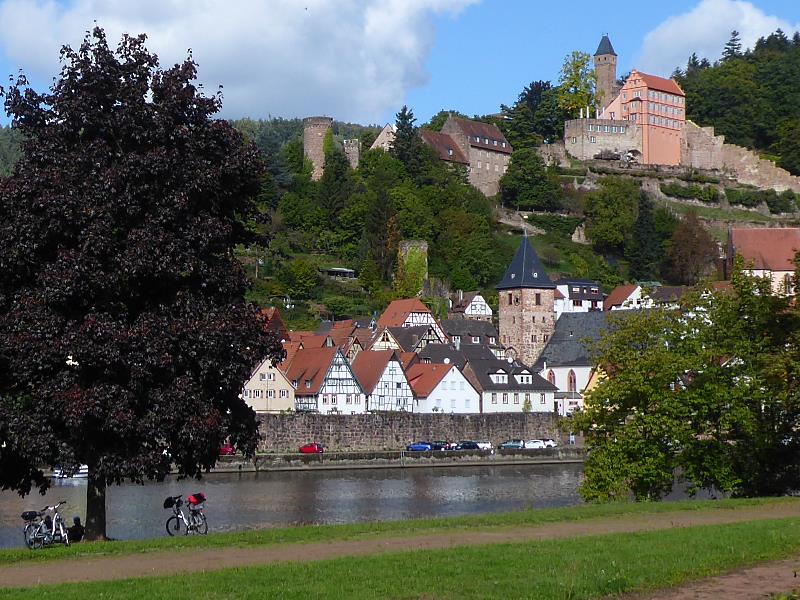 Germany rivers well. (In German you can verb anything.) I’ve done some of the big-ticket waterway routes – Danube, Mosel, Elbe – so it was nice to explore some of the smaller ones. The Neckar ambles down from the Black Forest hills to join the Rhine at Mannheim, a place I now feel familiar with; the Drais-route and its station snack facilities, anyway.

Yesterday we cycled 25km from Mannheim upriver along the Neckar to Heidelberg (twinned with Cambridge), and today we carried on 60-odd km from Heidelberg to Mosbach, which sounds like it should be in Wales, though a glimpse at the excellent cycle paths would soon locate you in Germany rather than Britain.

It was a fine autumn day. The river wound pleasingly through thick-treed hills of broccoli green and past colourful Fachwerk (half-timbered) historic towns, and the path was usually wide, smoothly tarmacked, and almost totally car-free. We stopped for lunch at Eberbach and picnicked on Aldi bargains. A very satisfying day.