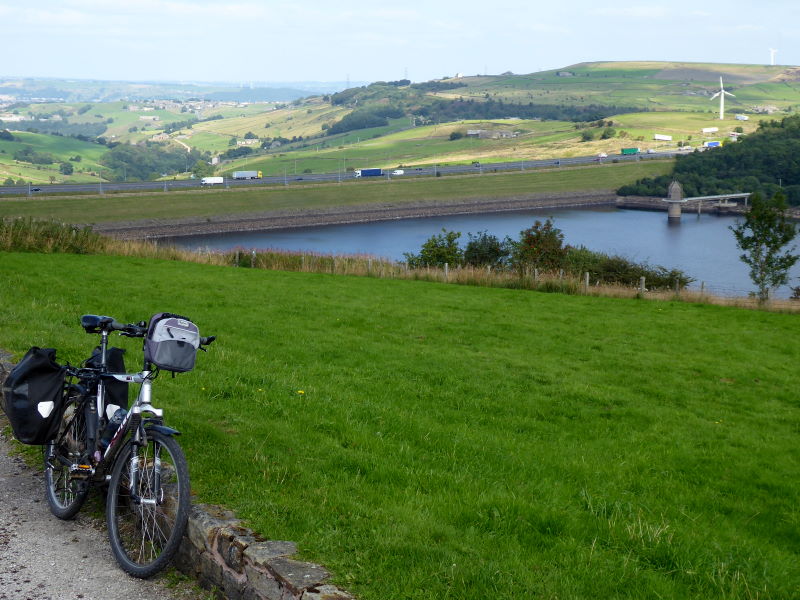 England’s highest motorway; Britain’s biggest single-arch bridge; Europe’s deepest roadway cutting; a farm stranded in the middle of the M62. Welcome to Dean Head. It may sound like a 1980s Aussie cricketer – father, perhaps, of Travis – but for civil engineers this is one of Yorkshire’s most renowned places.

It’s up in the Pennines on the bottom-left edge of Yorkshire, a little west of Huddersfield. And all that stuff was due to the M62, completed in the 1970s, which links Liverpool, Manchester, Bradford, Leeds and Hull.

The big challenge was the crossing of those pesky hills here at Dean Head, on the border with the great mystery of Lancashire. Up here the terrain is so uneven, everything had to be either a cutting or an embankment.

Enter the civil engineers. As superheroes they have a less than glamorous image – if they dived into a phone box in the 1970s, they would re-emerge still wearing suit, tie and hard hat, having made a couple of calls to the contractors. But they did some modestly heroic stuff up here on the roof of the Pennines, as one ICE video shows.

At Dean Head itself they scooped out a massive cutting (183ft / 56m). Over it they straddled Scammonden Bridge, 410ft / 120m long and 120ft / 37m above the motorway. Just before it they stacked up a mighty dam wall at Scammonden (207ft / 63m) to create a new reservoir, and slung the motorway along its top.

And the cool thing is, it’s all best appreciated by bike, rather than from the cabin of a Mondeo, dodging between Eddie Stobart trucks.

To get there I took the train from York to Sowerby Bridge, in the trendy Calder Valley. I went south down the Ryburn Valley, which I’d never explored before, and was delighted to come upon the village of Triangle.

It’s a candidate for the most mathematically-named place in Britain, along with Square Corner in the North York Moors (off Hambleton Drove Road).

Sadly, there is no Triangle Square, but there is a village shop called the Triangle Emporium, offering local produce. I got myself a locally-sourced isosceles and a couple of scalenes, but they were out of 3-4-5s (they blamed Covid; I suspected Brexit), so I had to make do with a 5-12-13.

I headed up steep lanes clinging to the side of the valley to Mill Bank, a conservation village that looked almost continental in its stackedness, and followed a bridleway back down to the riverside.

Ripponden feels a well-to-do town, the sort perhaps where you’d live if you had a graduate-professional job in Huddersfield or Halifax. It’s well-to-do enough to have a blacksmith, which must be handy if your tourer’s steel frame has broken and you need some welding to continue your tour.

The long steady main road climb up to Dean Head, through tiny hamlets of rugged houses and remote inns such as Booth Wood, reminded me of similar ascents while cycling the Camino in Spain. At the top was Booth Wood Reservoir, from where I got the first glimpse of iconic Stott Hall Farm, notorious for its location in the middle of the M62.

Legend has it that the motorway had to split round it because the farmer refused to sell up and move when the road was built, but the truth is more to do with roadbuilding response to geology, as Atlas Obscura reports.

There’s little of the farm to be seen for cyclists. I parked the bike and walked up the footpath underneath the M62 and past the farm outhouses, past piles of the sort of things you see piled outside farms. The motorway arced over the hills to the hazy distance, distant lorries glinting.

There was more spectacular stuff to be seen from round the corner. I took some back lanes up to Ringstone Edge Reservoir – Yorkshire Water’s website lists 34 reservoirs in the county – and crossed the imposing Scammonden Bridge, where the B6114 transcends the M62: the biggest single-arch such structure in Britain.

From the bridge is the best view of Scammonden Dam, the huge earthwork that both created the reservoir and enabled the M62 to jump over what had previously been a deep valley beneath. Immediately after is the mighty gouge of Dean Head Cutting, funnelling the road through what would have been a mountaintop.

One more piece of civil engineering with views was to come. I headed back north to Sowerby Bridge for my train home, but stopped off at The Fleece pub just outside Barkisland. (‘Bar Kiss Land’, apparently, not ‘Bark Island’.) Its terrace has one of the most spectacular vistas of any pub in Britain.

One sight I particularly enjoyed: that of my pint of Fleece Ale (Vocation Brewery, English pale ale style, light and zingy, 3.9%).