We finished our Taiwan End to End at 11am today, greeted by crowds of paparazzi – or perhaps holidaymakers taking selfies – and heavy rain. But there was a real feeling of achievement. And that was just getting to the end of the walkway to the southernmost point through the holiday crowds. 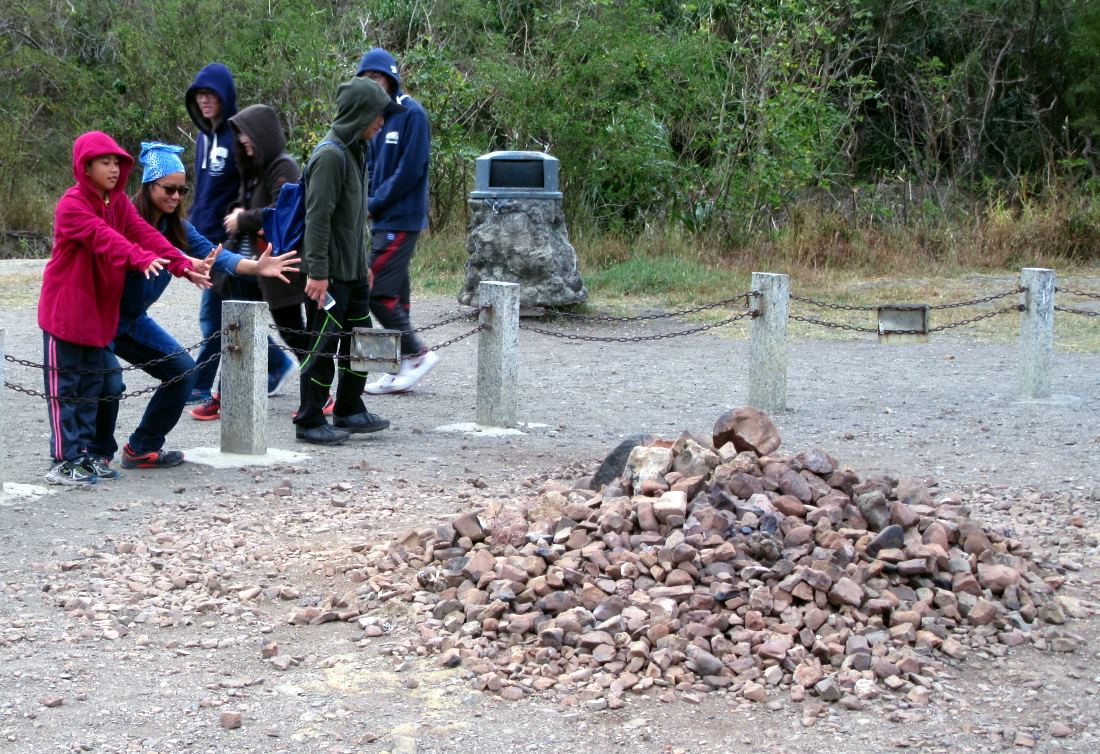 The final leg of the End to End was the 15-mile hop from the hostel in Hengchun Old Town, most of it through high winds and pelting rain. We stopped off to see this unusual natural phenomenon at Chuhuo. Natural gas seeps out of the ground and bursts into flame spontaneously – and, most astonishingly, the flames die down briefly every time you take a photo (pic). It’s not a reassuring place for those of us who worry we’ve left the gas on.

This is what the End of Taiwan looks like from the approach road (pic). Now I’ve done a few E2Es, I can confirm that it fits the general international pattern of radar station, lighthouse, pummelled coastline, and gales. (It was very, very windy, and my light carbon-fibre frame bike was being blown all over the place. The only place I’ve experienced worse wind was, as you’d expect, Harrogate.)

The general scenery put Tim in mind of Cornwall in a particularly wet summer. Perhaps the scarcity of decent beer is making him homesick. 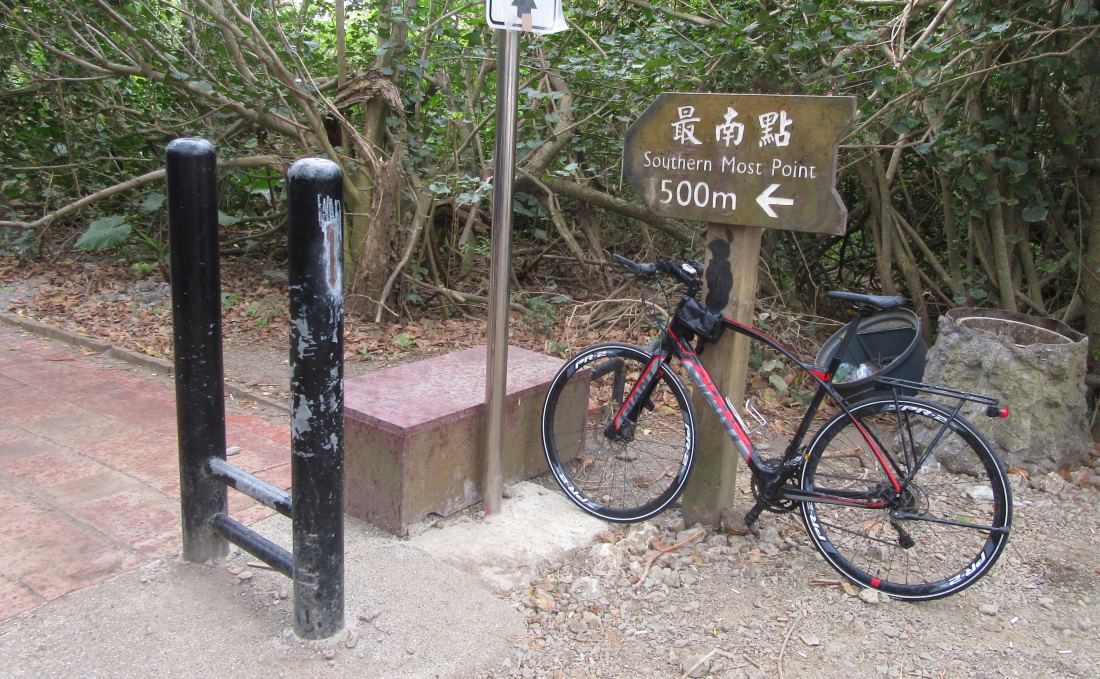 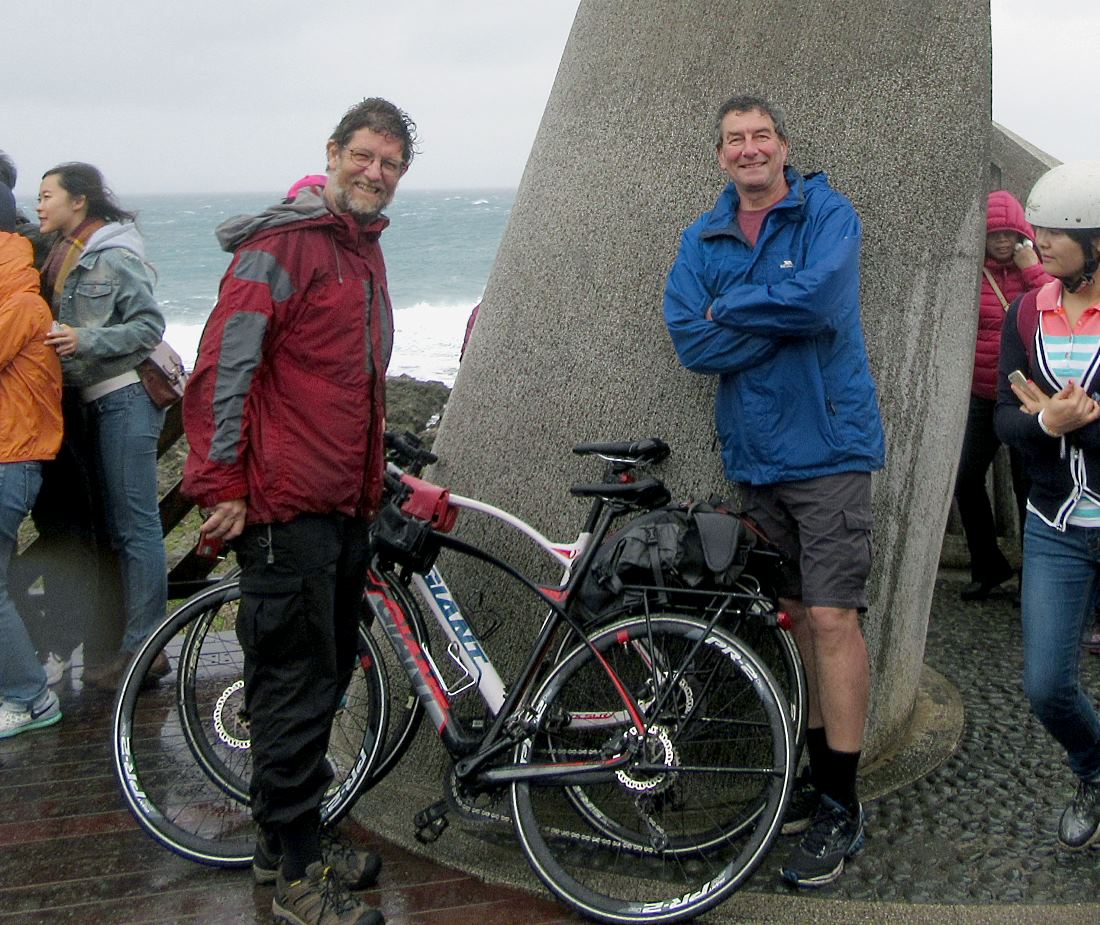 And at last we arrived at the monument that marks the southernmost point, Eluanbi (pic). The population of Taiwan is 24 million, most of whom were there too. Well, it is still New Year holiday season. I apologise to everyone whose selfies we photobombed. 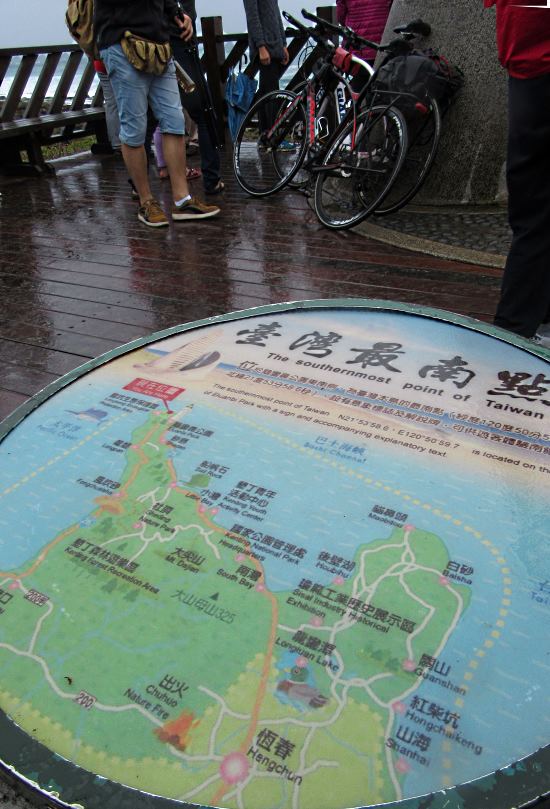 This map is notable for being the only one in Taiwan that has ‘You are here’ in the right place (pic). At a place where it’s a bit obvious anyway.

Given how well-signed and crowded the south point is, it’s curious that the north point is so obscure: we were the only people at the lighthouse and radar station there. However, one aspect of our experience was the same. Grey muddy stripes up our back caused by rain and lack of mudguards. 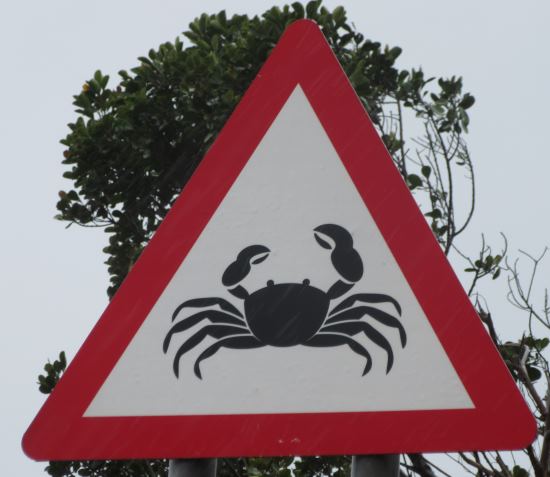 So, mission accomplished. We returned to Hengchun in the drizzle and were intrigued by this sign. Crabs crossing the road can be a menace: their splintering shells can puncture bike tyres. Luckily they’re all fair weather crabs round here. We didn’t see any. 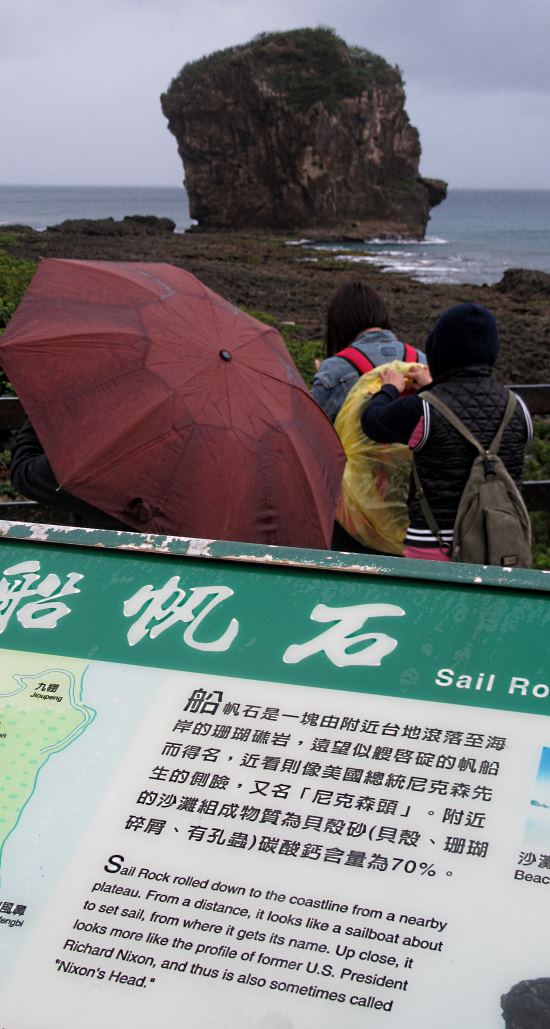 This rock just up the coast is supposed to resemble the profile of former US President Richard M Nixon. Really. 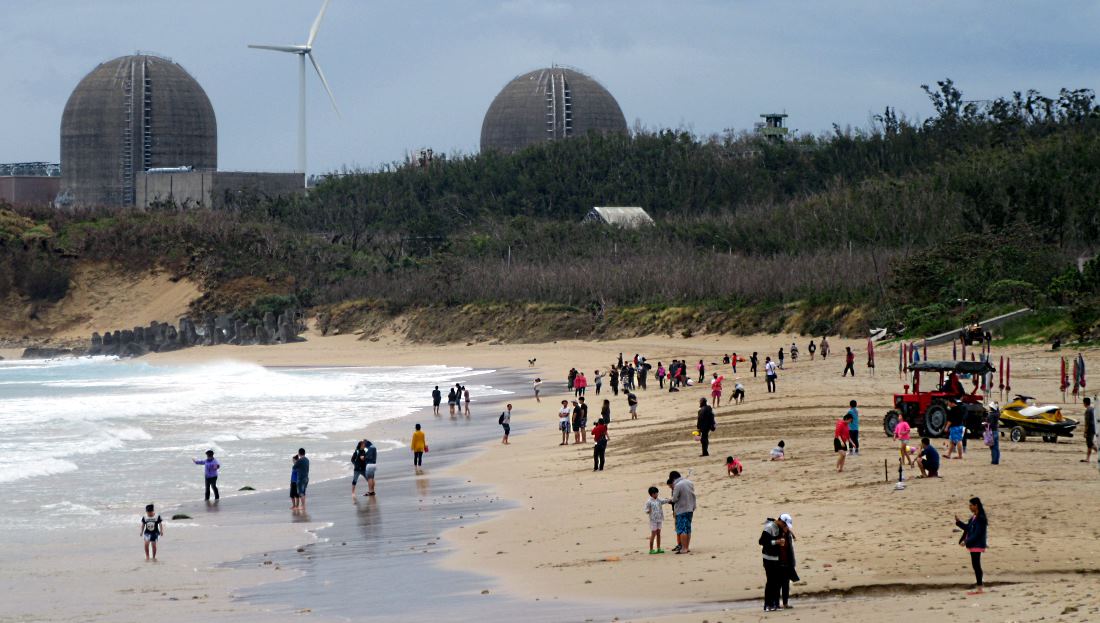 “This 660m-long sandy beach is one of the park’s nicest, though the view is marred somewhat by the nuclear power station” (Crook, S., Bradt Guide to Taiwan 2nd ed, Bradt Travel Guides, 2014 p277)
We have a couple more days of hire left on the bikes, so there’ll be more posts… but meanwhile we can look forward to celebrating with a pint or two of good beer. Er, so that’ll be back in Cambridge, then…