The most pleasant day of cycling so far, ending with a long downhill into the old town of Hengchun, just a few miles from the southernmost point. 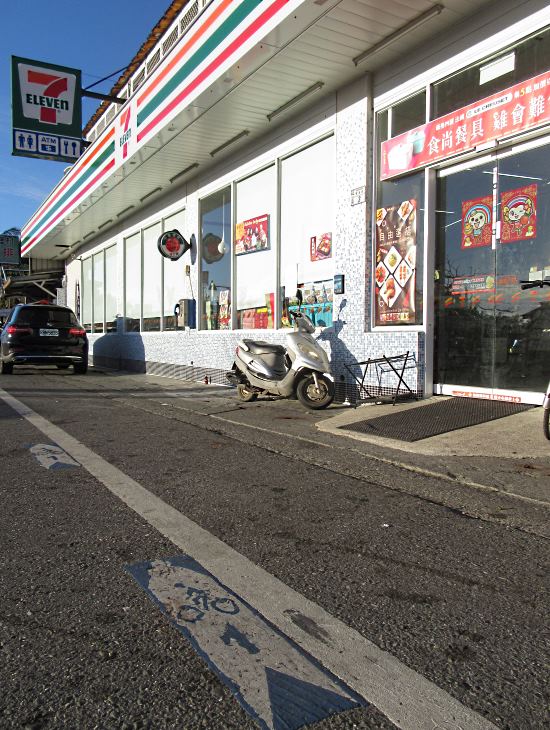 Our usual morning routine is breakfast at a 7-Eleven. There are branches everywhere in Taiwan, so you don’t even have to deviate from the cycle route (pic).

This one was right next door to our hotel, making it the first day Tim’s pannier hadn’t fallen off before breakfast. 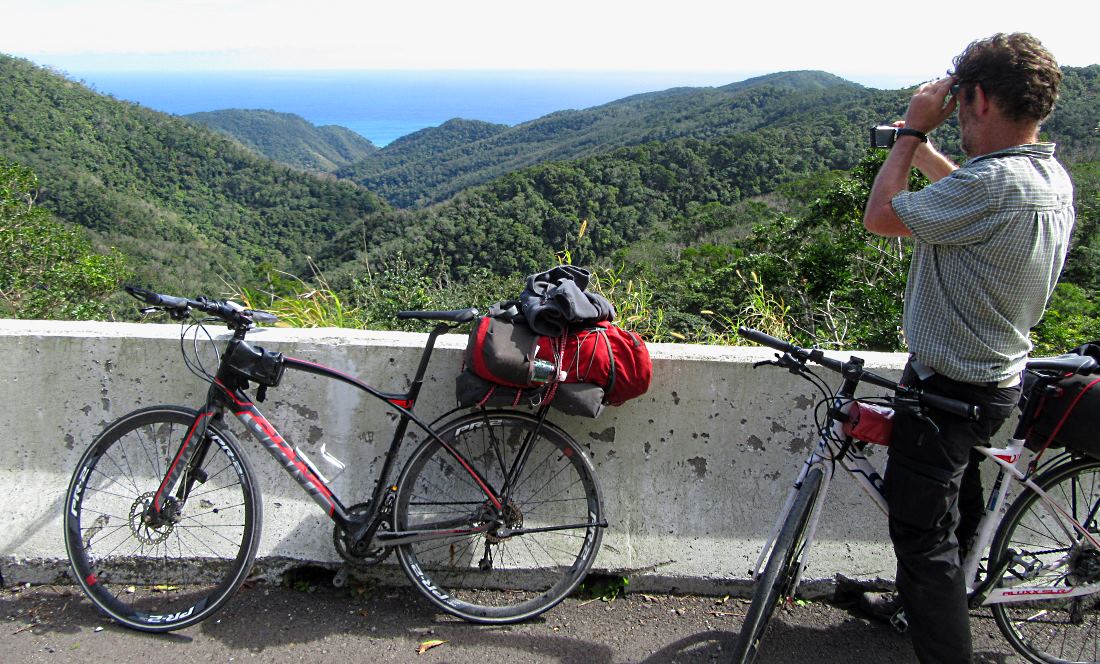 After days on main roads, we were on quiet single-track back roads at last, cutting across from the east to west coast near the bottom of the island. There were lovely views down to the south coast too (pic). Progress was a bit slow, because at every stop to admire the scenery we got talking to a Taiwanese family who would give us tea and snacks. 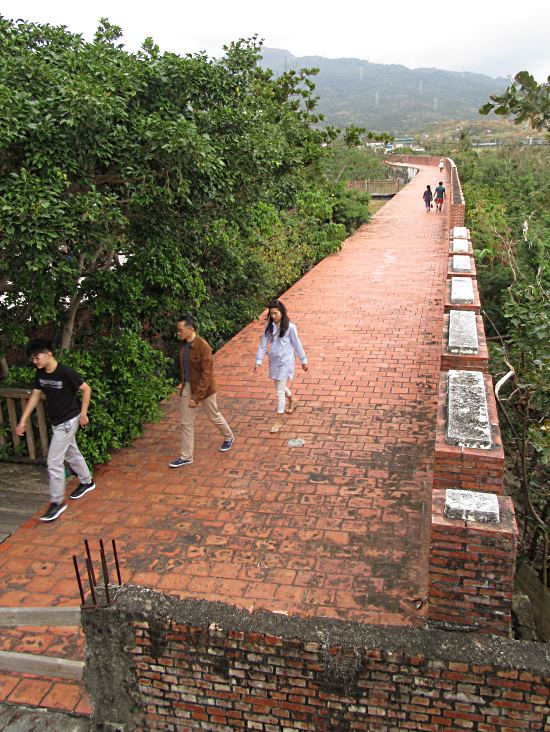 It was downhill and wind-assisted for the last couple of hours, and we rolled into the historic town of Hengchun with its ancient walls (pic). They date right back to the Qing Dynasty.

Actually, that’s not so impressive. The Qing Dynasty went on until 1911, and the walls were built in 1873. And even so, most of them have fallen down and had to be rebuilt.

Fun to walk round, though. Especially given the lack of guardrails and very high winds today. 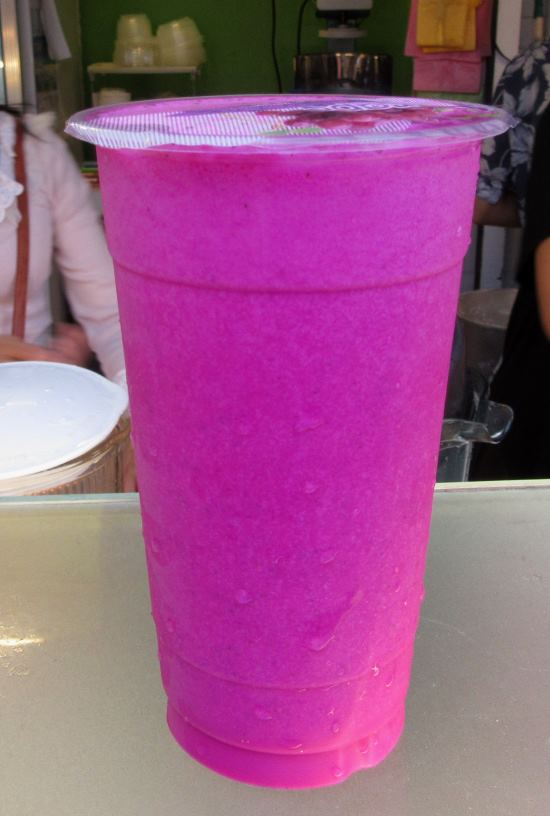 We dined on noodles and I washed mine down with a dragonfruit milk shake (pic). Strictly, the fruit is a pitaya. But the vendors call it ‘dragonfruit’ thinking the western tourists are so dim they’ll believe anything said with a smile and confidence. Which I did. I must practise the smile + confidence + lying thing.

This lurid purple seems the in colour. After three days cycling in blazing sunshine, any patches of skin the sun cream missed is turning a similar shade.
Miles today: 42
Miles since Fuguei: 355