Day 2 of the eighth and last of my Yorkshire Compass Rides saw me get caught up in a grouse shoot, lose a spoke and dodge a firing range. But if the day saw me, I didn’t see much of it back: it was zero visibility for most of the time. 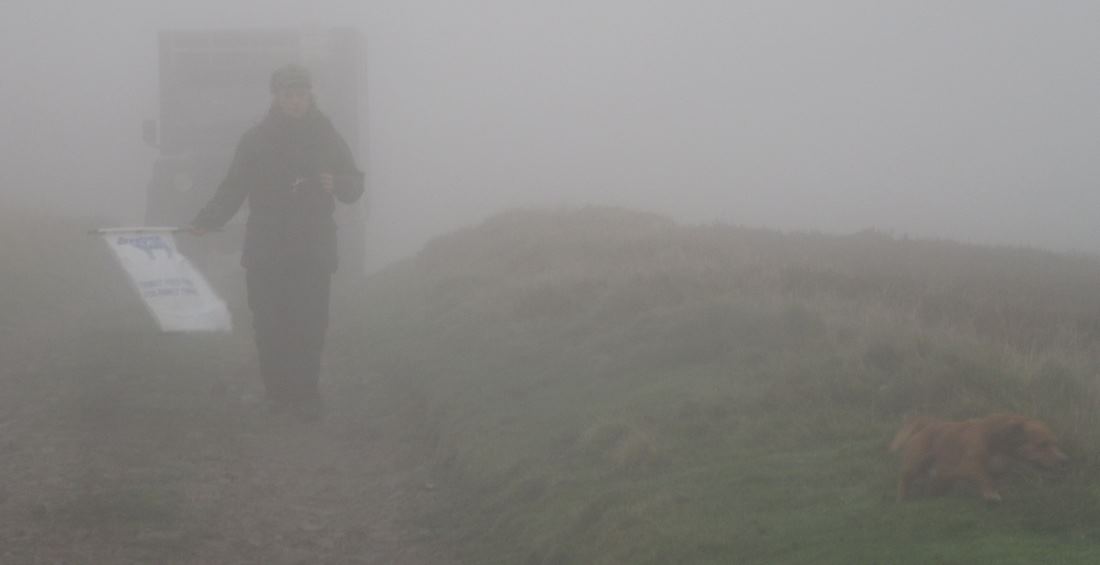 A morning of mist and fog turned into an afternoon of fog and mist. I’d planned to do most of today offroad, but after the first moortop crossing – from handsome Kirkby Malzeard to Lofthouse – I decided to stick to the road for the rest of the day. The tracks were boggy and wet, and I could see little beyond the handlebars. Perhaps it’s just as well I couldn’t be seen: at one point on Kirkby Moor I got caught up in a grouse shoot (pic). If I had got shot at least it would have been by accident. 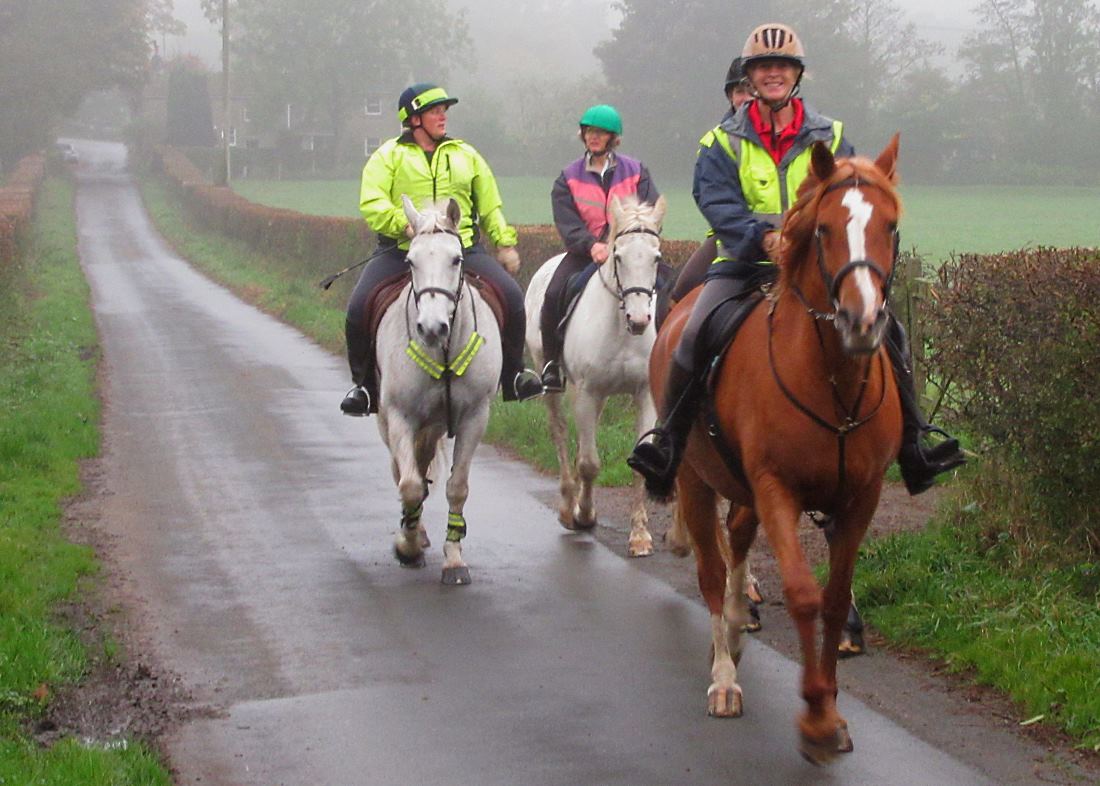 Staying on road proved the right decision, though the traffic could be busy some times (pic). 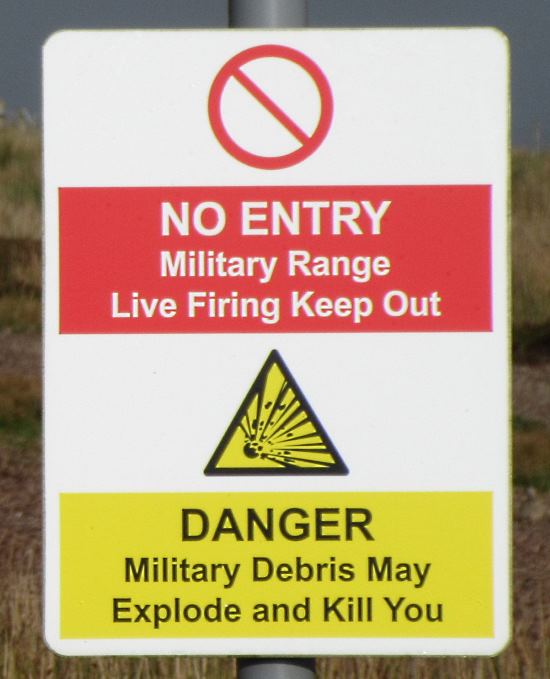 After a sneaky back road to Ellingstring that was closed for roadworks but open for bikes, I had a quick peek at Jervaulx Abbey – what I could see through the fog, anyway – and was startled by the thwunk of a spoke going on my back wheel. The bike shop in Leyburn was closed for the day, so I had to crack on to Grinton, my destination for the evening.

‘Crack’ was the operative word, as this took me excitingly through an MOD firing range (pic), but confident in my invincibility given my grouse-shoot survival earlier on, I carried on.

At last the fog lifted, the mist dissipated, and the sun almost came out. I enjoyed a fine moortop ride (pic) and then fabulous rollercoaster descent down into Swaledale, Yorkshire’s most dramatic dale. Things round here have hardly changed since the days of James Herriot’s vet stories. Things such as mobile phone provision. So, unable to call, I had to ride down into Reeth to book my bike for a wheel-fix tomorrow morning… 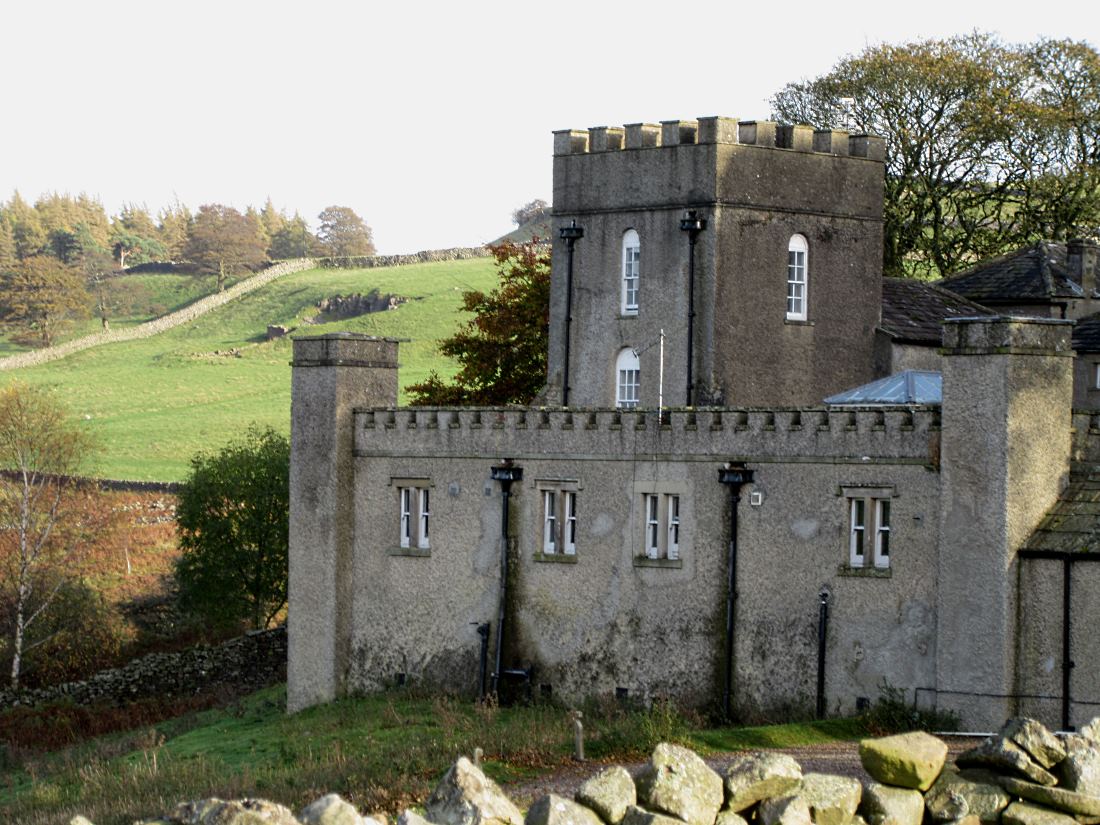 …and then back up the hill to the YHA hostel of Grinton Lodge, a castle-like converted shooting lodge (pic). The day turned out to have had a quite a theme. I completed it by having a few shots myself, the type that come in small glasses.