Tim’s run of bad luck with the bike plumbed new depths. The back axle failed a few k outside Hualien, and he had to get a taxi back to a bike shop to sort it. I therefore rode by myself to our hostel down the coast in Zhuwu, and enjoyed a fabulous day of coast views, tailwinds, free cake and an amusingly named village. 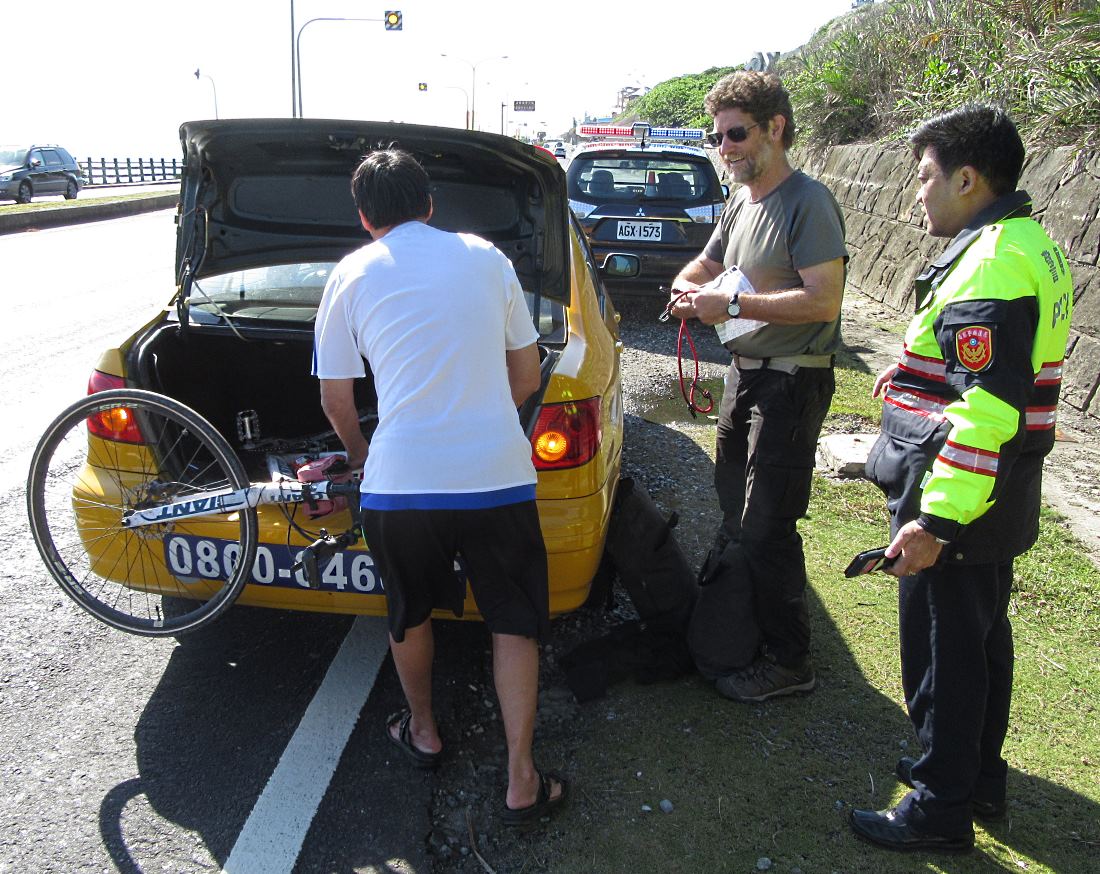 Here’s Tim (pic), still managing to smile – albeit with gritted teeth – as the copper who called us the cab looks on, and the taxi driver takes care not to trash the bike while putting it in the boot. Given all the problems he’s had with the bike, Tim must have thought trashing was too good for it. 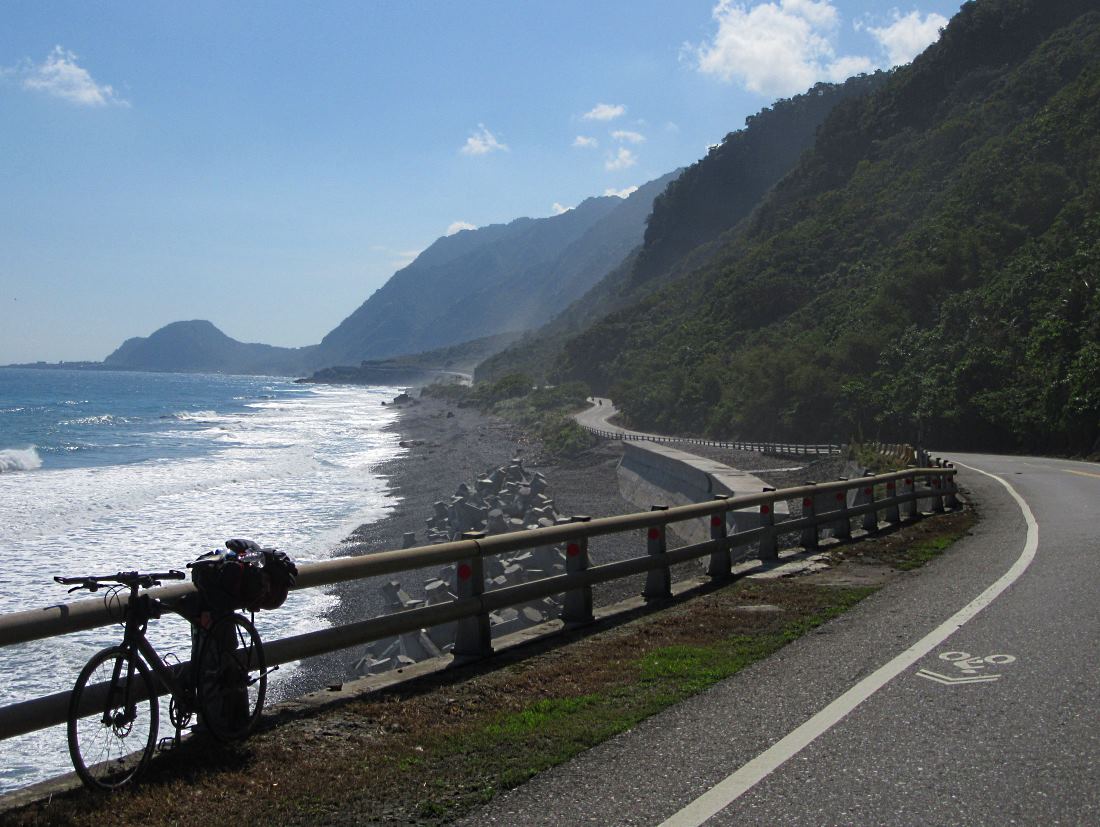 So I set off south alone, with this sort of view all the way (pic). The weather’s turned just in time for Chinese New Year’s Eve today: suddenly it’s hot and blisteringly sunny, so it’s a good job I stole Tim’s sun cream. With him out of earshot, I could safely pass the time singing Matt Monro’s greatest hits. 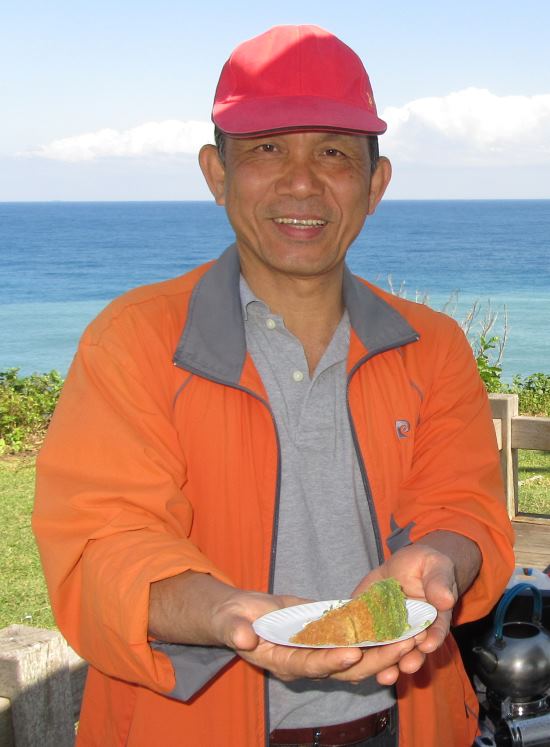 The Taiwanese are a friendly lot and always ready to chat and laugh, especially when they hear me singing Matt Monro songs.

At one of the many viewpoint stops, this chap’s family fed me oolong tea and some very tasty New Year cake (pic).

I didn’t realise I looked that malnourished.

Two-thirds of the way down the coast road I came through the fishing village of Shitiping, which has a scenic area, and an amusingly named port (pics). 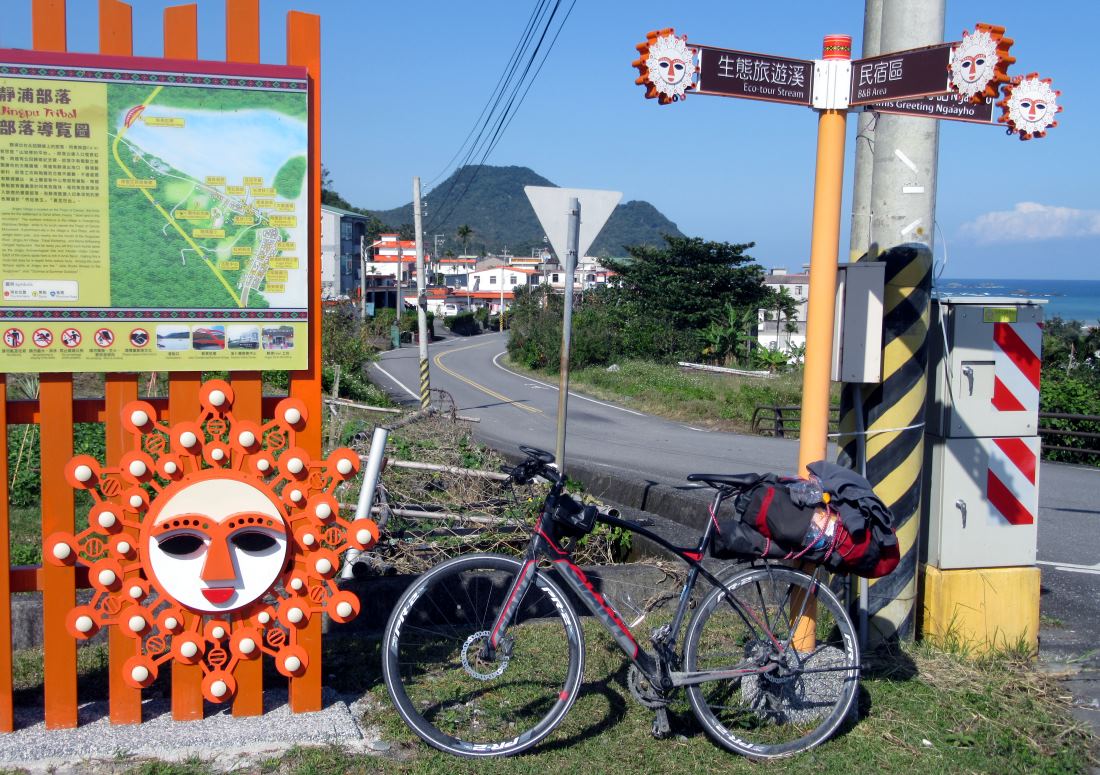 About 2%–3% of Taiwan’s population is indigenous: various groups with their own languages, very different from Chinese. This part of Taiwan is where most of the aboriginal tribal villages are to be found, and I cycled down to one of them (pic). This is the home of Amis people (a matrilineal society known for ‘infectious ballads and nimble dancing’) but to the casual visitor there’s not much to mark them out from a conventional village.

More orange paint, perhaps. And several of those sun symbols on shops and homes. And quite a lot more beer being consumed, to judge by the liveliness of the New Year’s Eve porch parties, so the dancing tonight may not be so nimble. 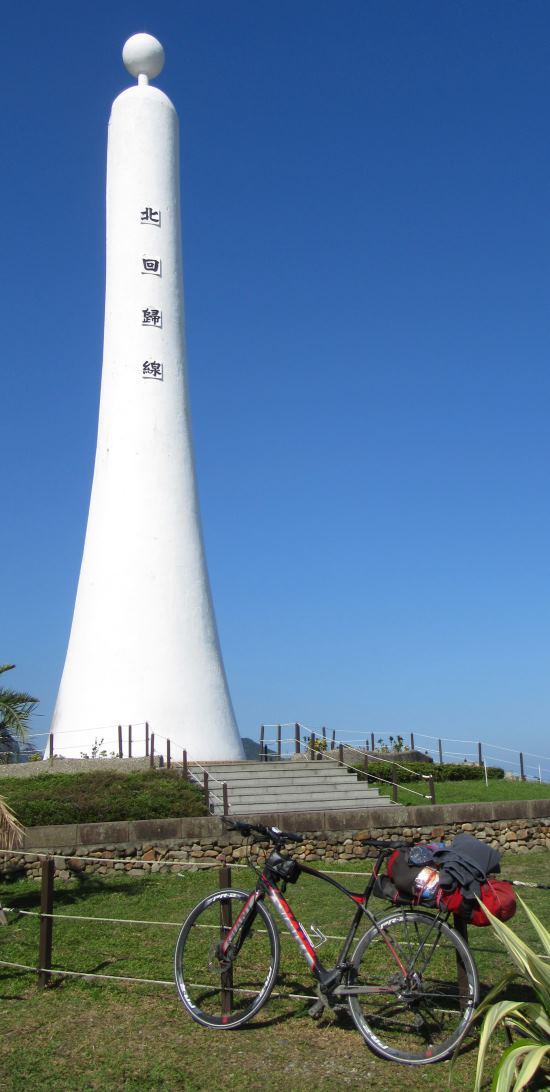 A few minutes later was this monument (pic), which marks the line of the Tropic of Cancer.

If you come here at June solstice, walk inside the monument, and look directly upwards exactly at midday, then you might just avoid having to look at all the coach tourists taking selfies. 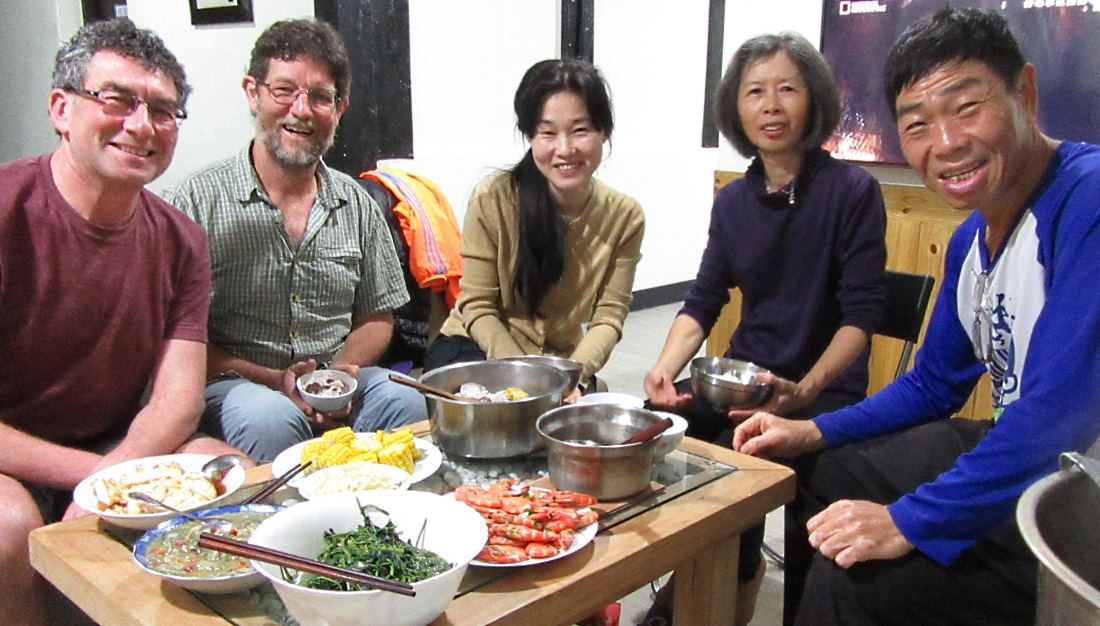 Tim, having almost got his bike fixed, took a train and cycled over the junction of some continental plates to join me at our remote village hostel. Here the owners very kindly asked us to join them for New Year’s Eve dinner (pic). I didn’t realise Tim looked that malnourished.

We had rice, chestnuts, various vegetable dishes, pork, soups, prawns… Most of the food came from their garden, or the local port, and it was all delicious. We ate to the sound of fireworks from around the village and another guest, Kit from Taipei, helpfully translated and showed us pictures of caterpillars. It was all a bit special. Happy New Year everyone!