A lovely day of coastal scenery, lots of mildly scary tunnels, the awesome Taroko Gorge, and the unusual experience of sunburn taking over from trenchfoot as the most likely health hazard. 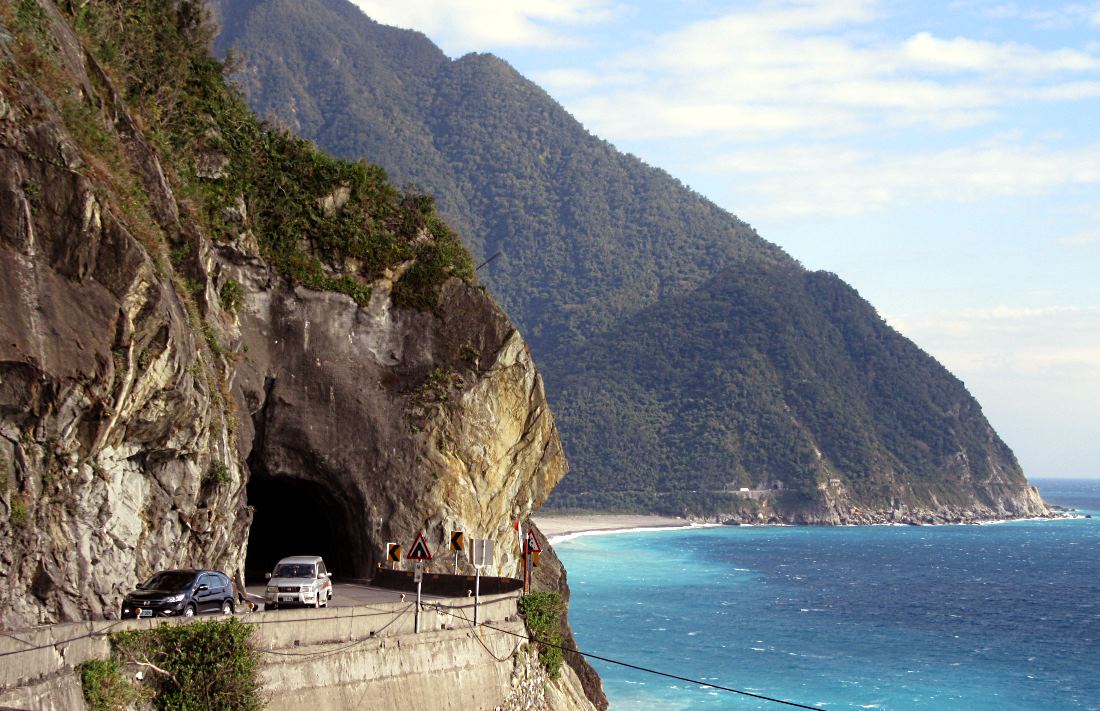 It was all smooth, level cycling along Highway 9 today, the first half alongside lovely ocean views in the sun (pic). Lots of cars bip-bipped us in a friendly sort of way, several people waved, and we even saw several other cycle tourists – all Taiwanese, it seemed, on good road bikes, and wearing rucksacks. Clearly they know how awful Giant panniers are, too. 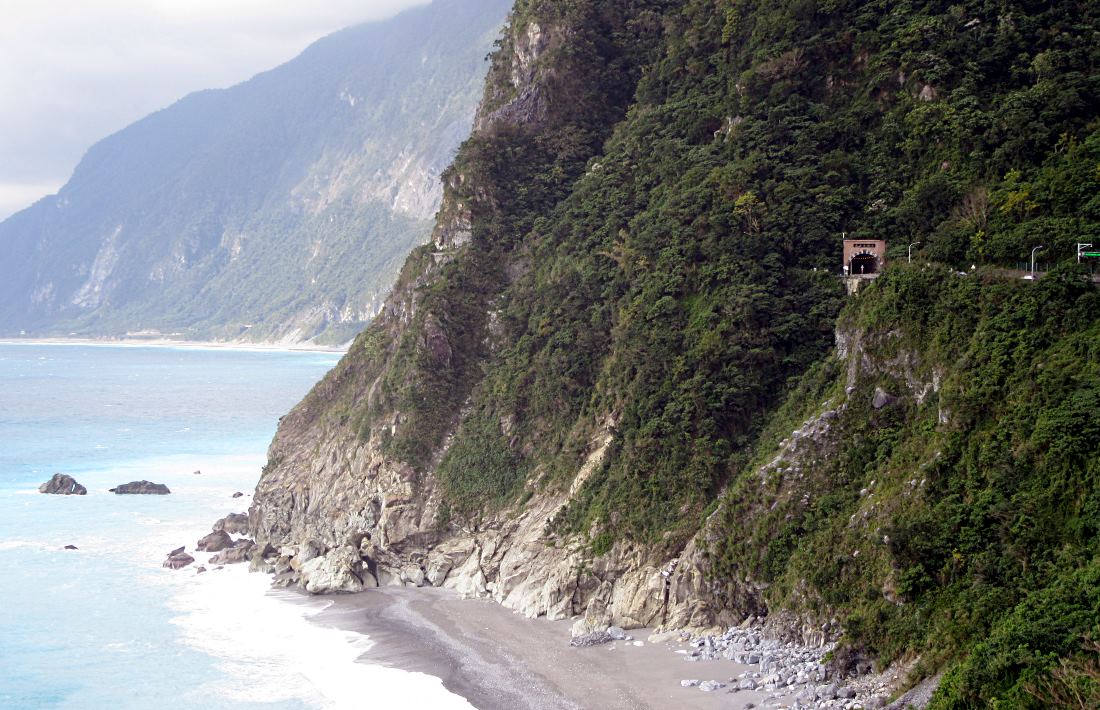 There were several tunnels too (pic), many a kilometre or more long, and quite breathtaking. Mainly because of the exhaust fumes of the busy traffic. 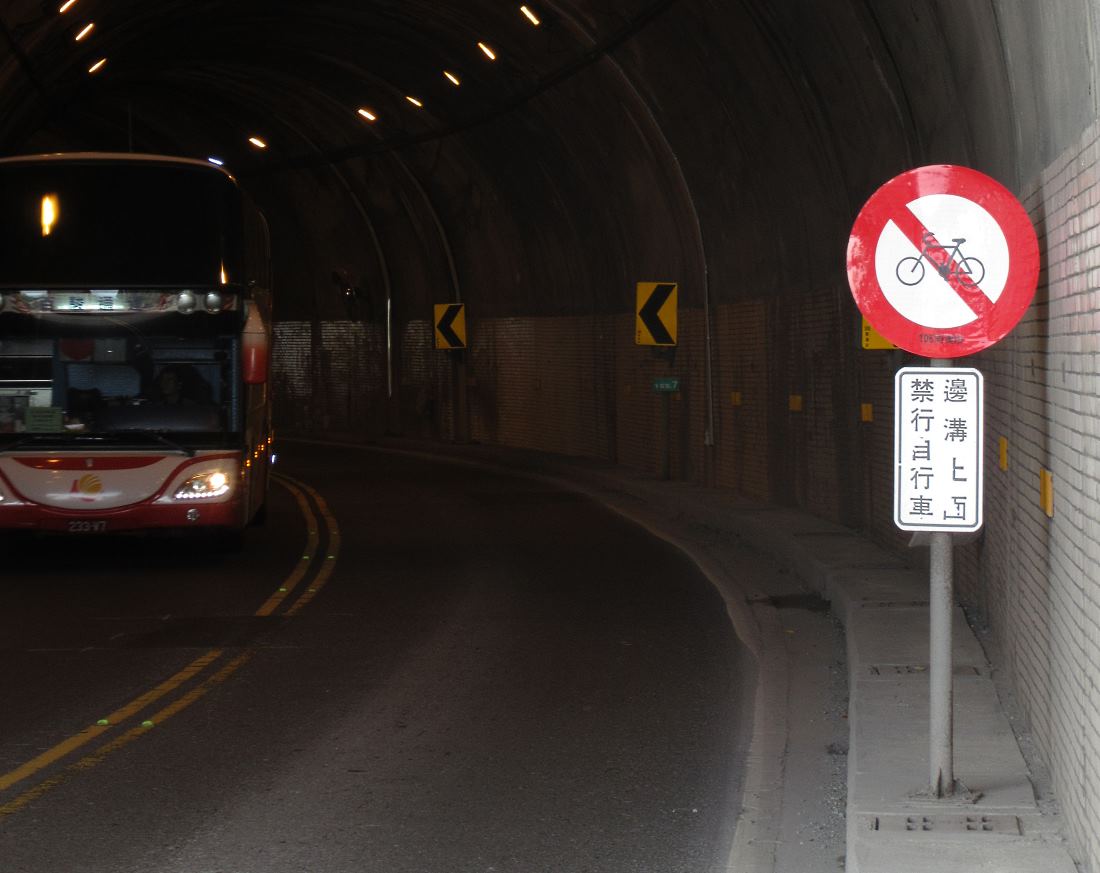 Most of the tunnels had ‘no cycling’ signs (pic). As this very road is National Cycling Route 1, and there are no alternative routes that don’t involve the other side of the island, this puzzled us. Perhaps you’re supposed to use the little service path to the side – a path not wide enough to cycle on, never mind push a bike, and you’d have to keep stepping out into the road anyway, to avoid the fire extinguishers and equipment boxes and warning signs and various obstacles blocking the path completely, such as the sign telling you there’s no cycling. 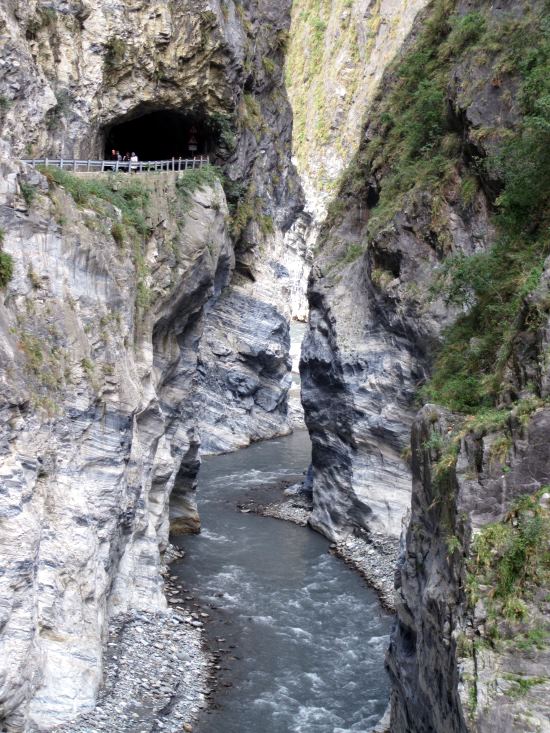 We left the bikes for three hours to take a bus up the epic Taroko Gorge (pic), Taiwan’s major natural attraction.

The bus was surprisingly economical, mainly because I couldn’t get the driver’s attention to pay.

You’re supposed to wear helmets here – not to cycle, but just to walk around, because of the threat of falling rocks. Miraculously, we survived without. 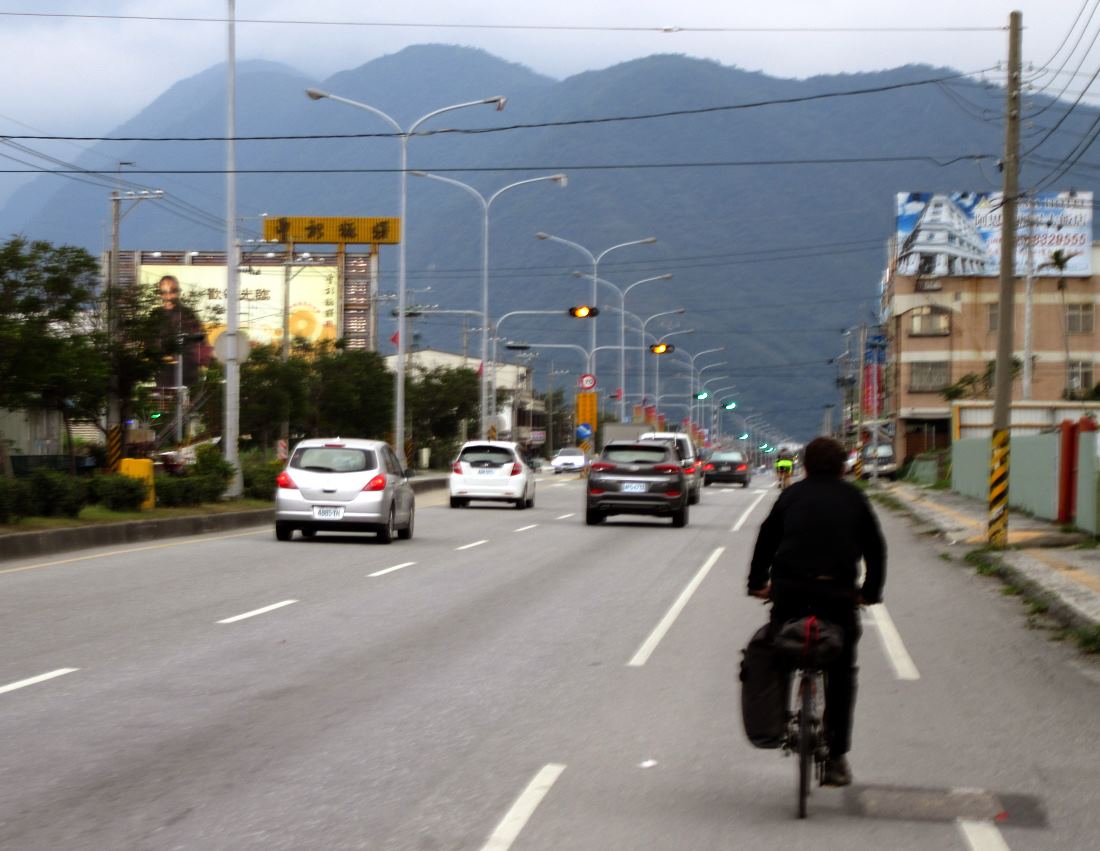 The second half of today’s riding, from Taroko Gorge to Hualien, was all straight, wind-assisted, and like this (pic). I know some of our readers have said there are too many pictures of Tim’s back, but I couldn’t catch him.