A day of on-and-off drizzle that wasn’t too bad until the last hour. Then it was bad. But with a friendly tailwind and smooth fast roads all day, it was plain sailing. (Rather too literally in that torrential last hour.) Anyway, the upshot was we got to our hostel in the lively town of Luodong by mid-afternoon. The only surprise en route was our encounter with the police… 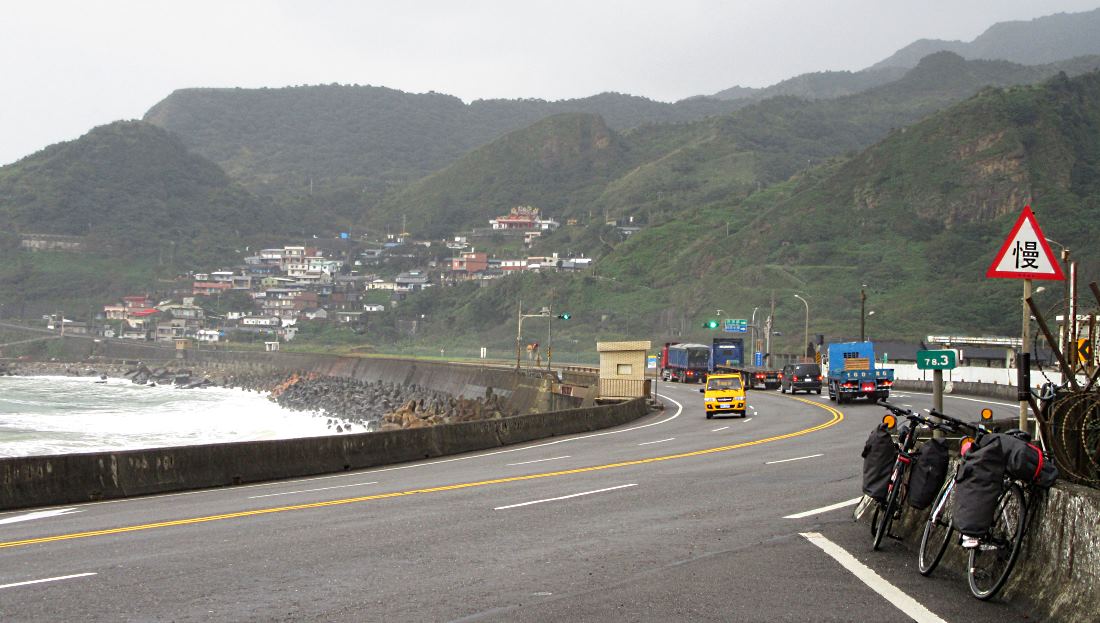 This was the view for most of today (pic): main road running alongside the coast, usually with wide shoulders. With lots of puddles and standing water, the lack of mudguards on the hire bikes proved a problem. Nice to know we were several grams lighter, though.

Mind you, we kept getting several kilos lighter, when the panniers – held on by very flimsy clips – repeatedly fell off. One of Tim’s panners no longer hangs on anyway, as the clips have snapped off. Luckily I’d brought some bungees. And jelly babies. 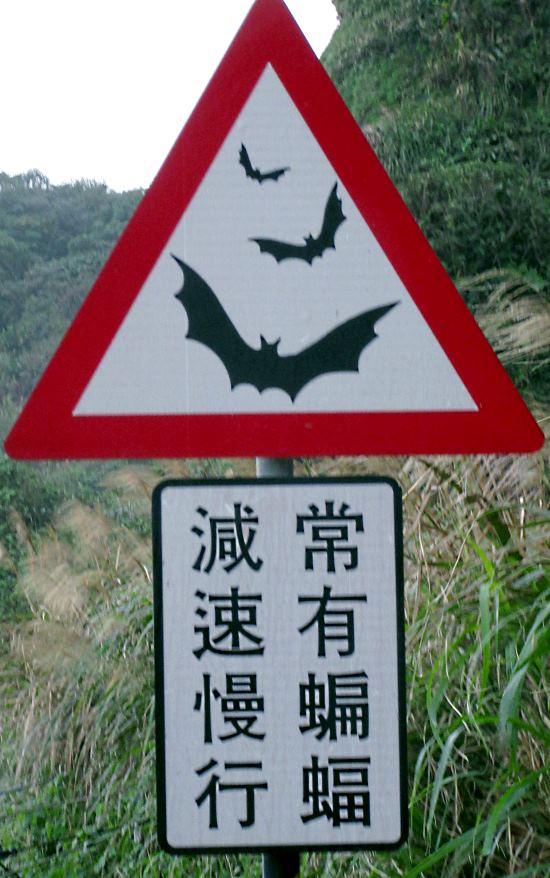 But there was plenty of entertainment en route. We were intrigued by this road sign (pic) for bats.

I don’t know what the writing says. There were no bats to ask. 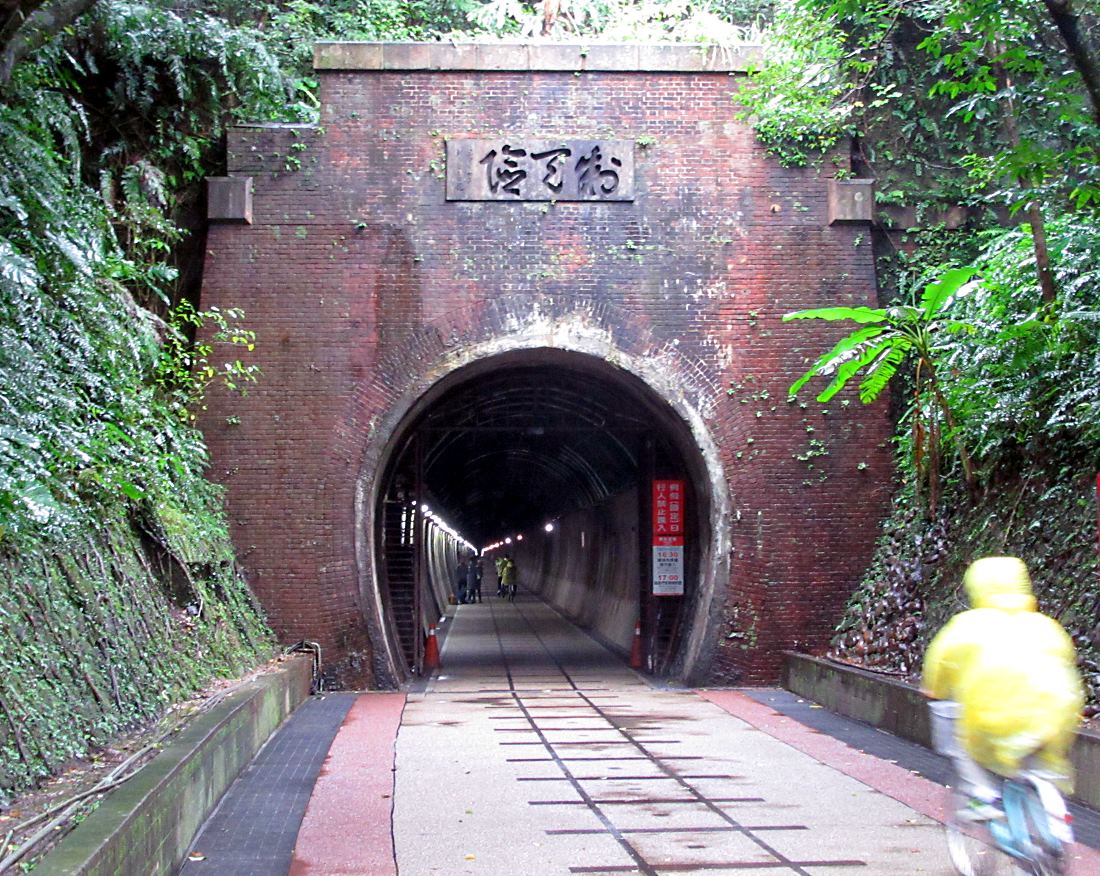 There was also this splendid tunnel, on the Caoling Railtrail (pic), part of a popular leisure cycle loop. The Taiwanese groups plying the circuit all wore plastic rain ponchos. Apparently they’re wanted by the rural police. For rustling. 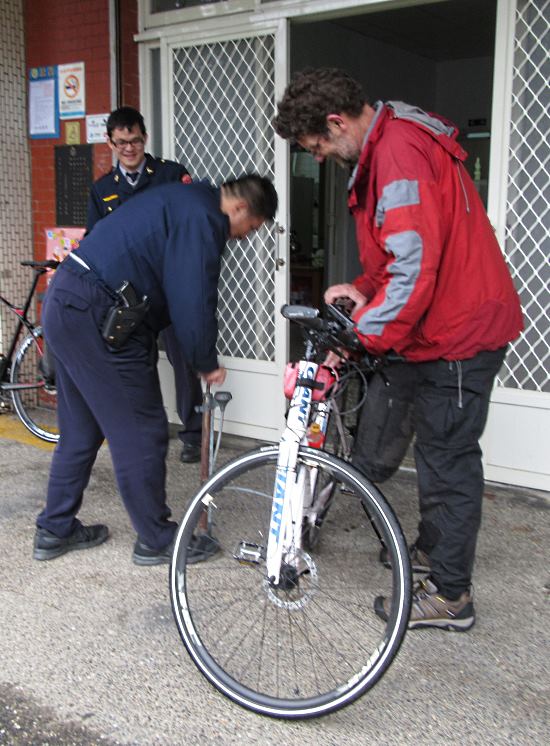 But we had our own encounter with the fuzz. Police stations in rural Taiwan often double as help points for cyclists, lending tools and giving directions and help with accommodation.

Tim’s back tyre needed firming up, so we stopped at this village cop shop who were delighted to get out their stirrup pump. As you can see they carry guns, in case a fight kicks off between rival cyclist factions when an argument over triple chainsets versus compacts turns nasty.

But they were very friendly and asked us in for tea. I think this was the most exciting thing that had ever happened in the village.
Miles today: 60
Miles since Fuguei: 85