We’re in Taipei for the weekend before setting off on the End to End proper on Monday. Our hire bikes are proving useful for exploring the city that the tourist rarely gets to see, such as the tailors that repaired Tim’s trousers and the coin-op that did his laundry. 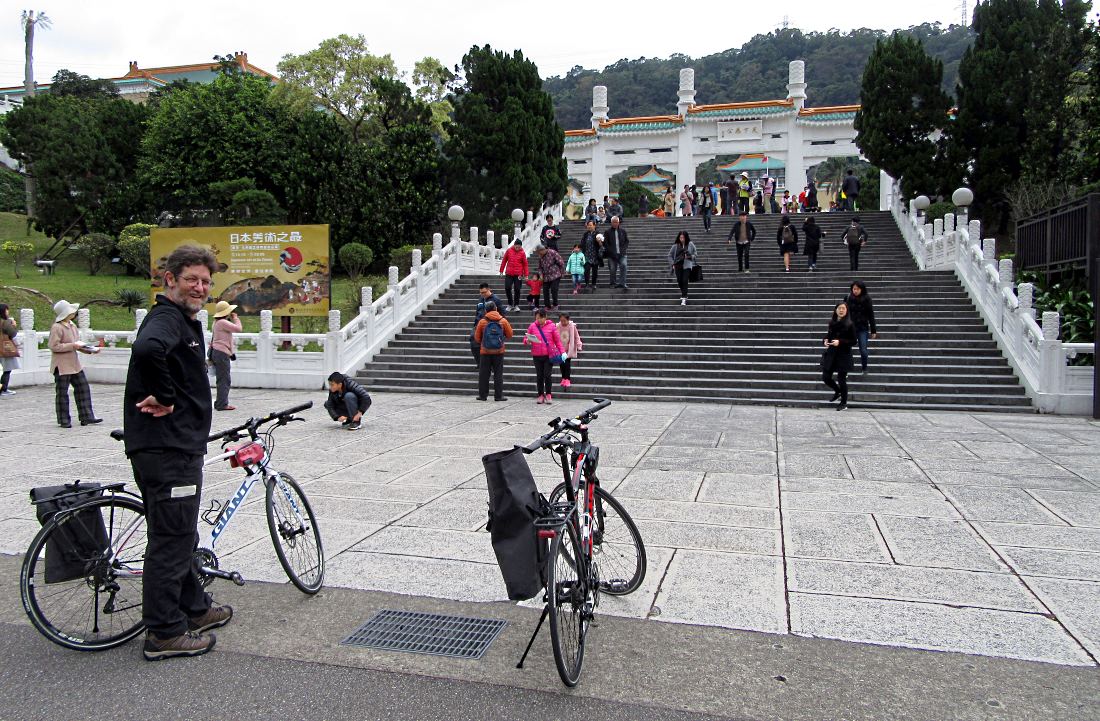 And, indeed, for the five-mile trip north to the magnificent National Palace Museum today (pic).

The building (pic) houses a tiny selection of the 600,000 treasures of Chinese art stored here going back 6,000 years. It was packed out: clearly people enjoy their culture here. So did I. As well as marvelling at famous works such as the Jade Cabbage, I enjoyed a selection of chicken pictures from across the ages.

This is because next year in the Chinese calendar – starting 1 Feb – is the Year of the Rooster. It’s auspicious because in Chinese the word for ‘chicken’ sounds identical to ‘good fortune’. Not if you get it from the takeaway down the road from my house in York it isn’t.

This inability to tell very old chickens from more recent chickens may be the problem with the takeaway down the road from my house. Coupled with their failure to distinguish between cabbage and extremely hard mineral samples. Further confusion to my dating abilities came with this piece of jadework, which apparently shows that, in addition to inventing paper, gunpowder and the civil service, the Chinese invented the CD 1500 years ago.

That chicken/fortune homonym business is common in Chinese art, where puns on the names of things in the picture can spell out a symbolic message. My favourite example from a picture description text was: The combination of gibbons and wasps in Chinese is a homonym for ‘ennoblement’, connoting the auspicious phrase ‘May you be promoted in rank and title’.

When I think of the nearest English equivalent, which involves bulldogs and wasps and aspersions on someone’s appearance, I acknowledge that in terms of depth, richness and subtlety, we may lag a little behind in terms of culture.

Anyway, enough exquisite fine art, carved ivory, worked jade and calligraphic grace from across the dynasties. Tim and I set off to find another very rare art: Taiwanese real ale… 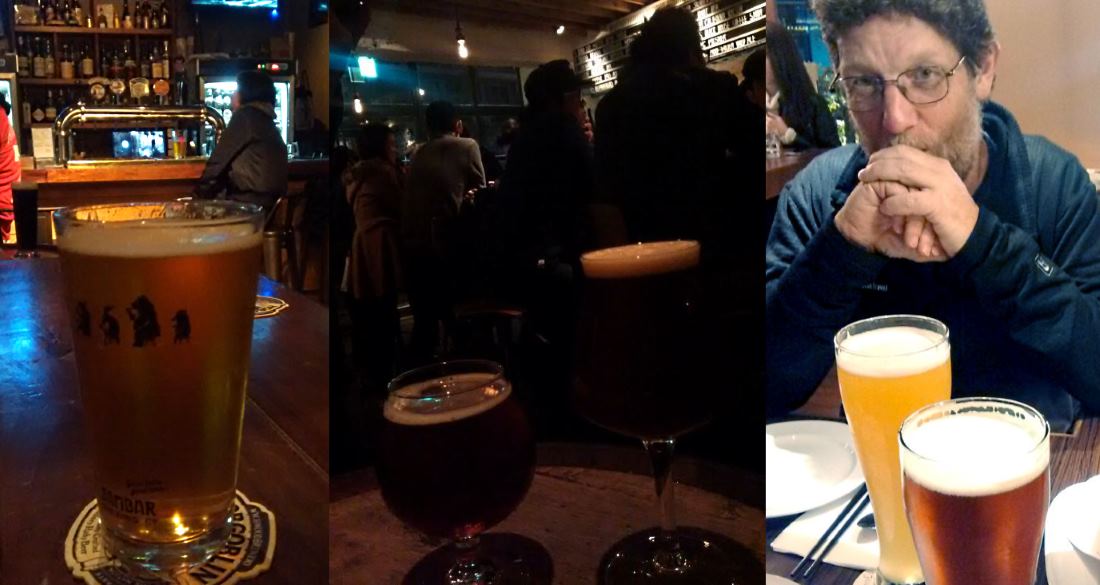 Convert these prices into sterling at the current rate of £1=38NTD and you’ll see it doesn’t come cheap. Welcome to the Kerching Dynasty.