A lovely day of cycling along the Xindian River today, on one of Taipei’s many fabulous riverside cycle paths. 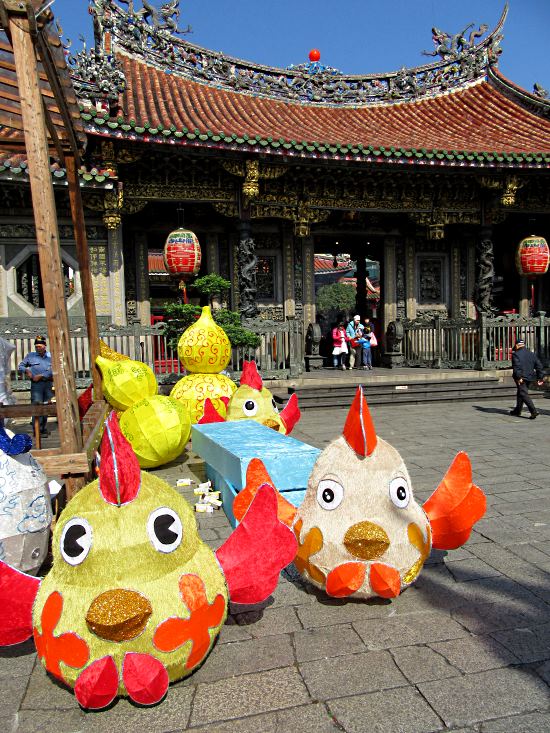 First though we dropped in on Longshan Temple (pic), a splendid ‘folk temple’ that was busy with worshippers praying in the run-up to Chinese New Year next week, with locals getting meticulous horoscopes cast, and cycle bloggers trying not to get in people’s way.

It’s clear from the chicken figures on display here what it’s going to be the year of. It’s the Chinese Year of Angry Birds. 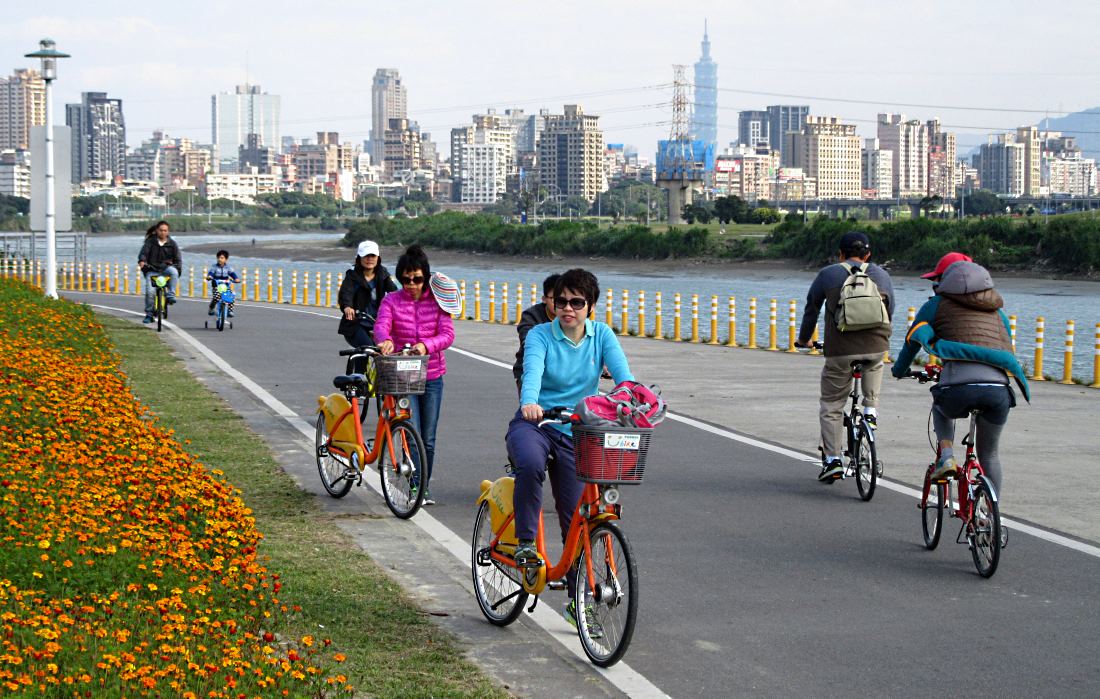 Then we joined the Xindian River path (pic). I had to remind myself not to think of it as ‘X-Indian’. It was pleasantly packed with all sorts of leisure cyclists, from wobbly child beginners to keen roadies out training. Long rides are possible: this path alone stretches for 80km. Taipei’s riverside tracks are wide, smooth, continuous and a delight to use, in much the same way as, say, those in York aren’t. 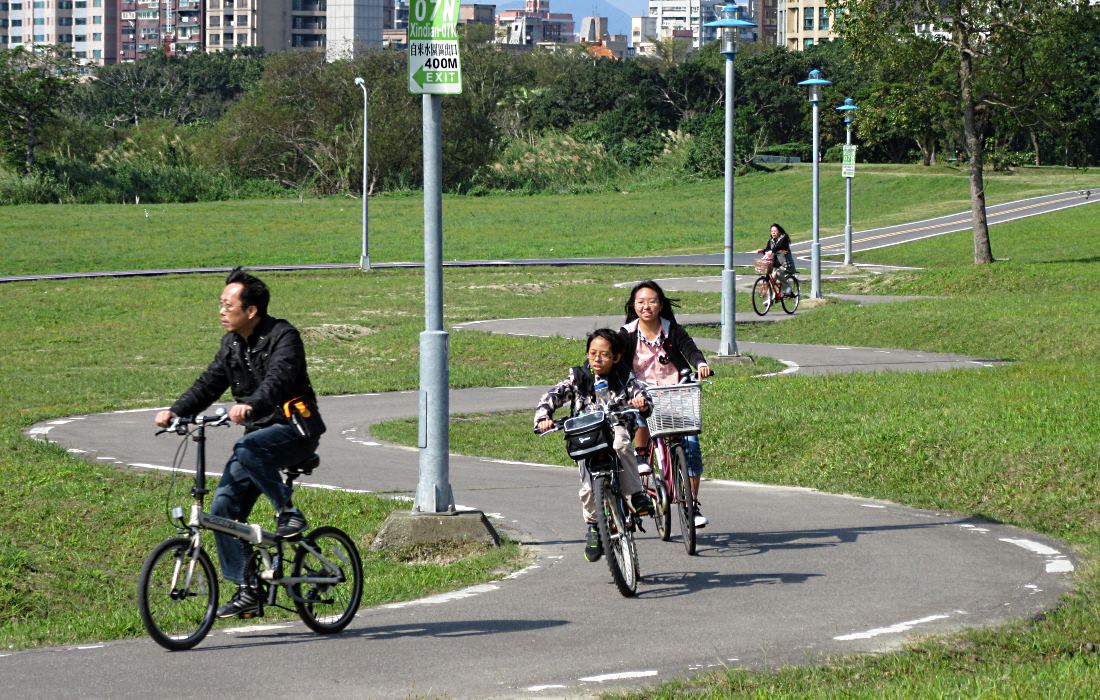 There are various side- and connecting paths, of equal quality. This one (pic) lets you test your cornering skills. Rather like Sustrans routes, which never seem to take you in a straight line either. 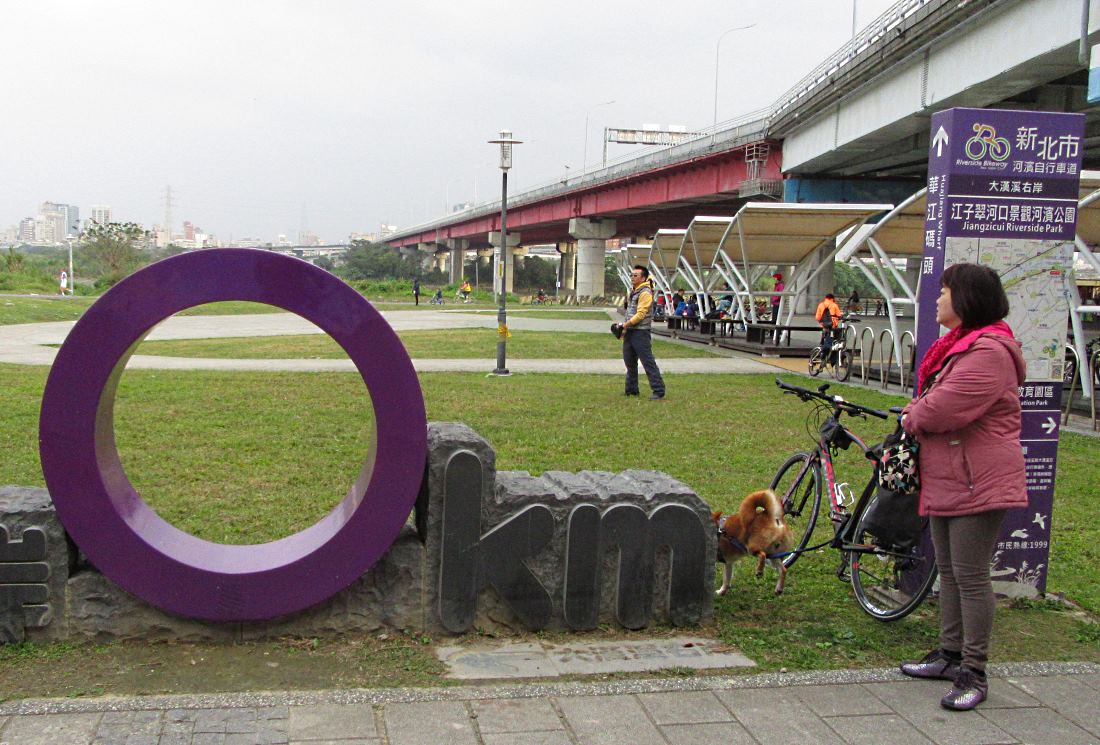 The riverside track network is super for families, and there are plenty of facilites along the way: parks, play areas, cheap bike hire, snack opps, and toilets aplenty – some even for dogs, to judge by this (pic). And I’d thought it was only a ‘Zero km’ sign.