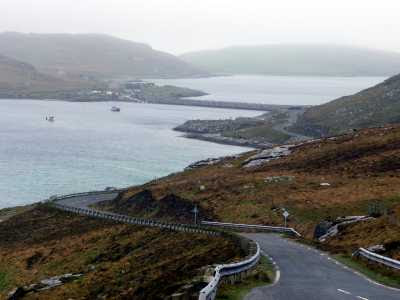 Still, in the tantalising periods of terrible visibility between those of no visibility, I nipped across from Barra to Vatersay, the last tickbox Hebridean island in the chain of ferries and causeways.

From there it was a ferry to Tiree, where I met up with my pal Mark. He’s come up specially to join me for a couple of days to drink whisky, swop stories, and perhaps do some cycling now and then. 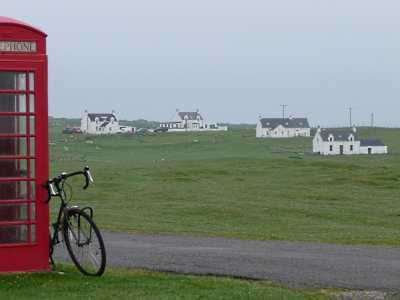 Tiree is a very likeable little island: one enormous flattish village green with houses plonked at random on it, as if shaken from a box. They don’t have driveways: the owners just drive their cars from the road straight across the grass.

The pub was great fun. There were some entertaining Belgians, and the barmaid was at school with my niece Lucy. It’s a small world. And a small island. One day I’d like to cycle right round it. I think I’ll do it tomorrow, before breakfast.