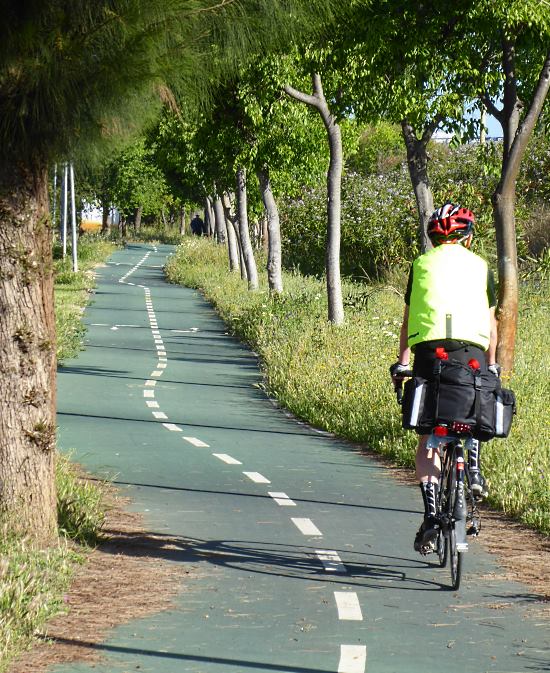 Yesterday, Day 2, was a rest day in Seville, doing admin and sightseeing and experiencing the very relaxed pace of life here. Not quite ideal, actually, when you’re in a bank trying to make an urgent payment.

Anyway, this morning we checked out of our lovely Airbnb apartment in characterful Triana, with its vibrant bars and cafes, and headed north on Seville’s rather good network of cycleways (pic).

I was impressed by their uncluttered, open nature, totally unencumbered by anything like useful signage telling you where you were damn well heading. 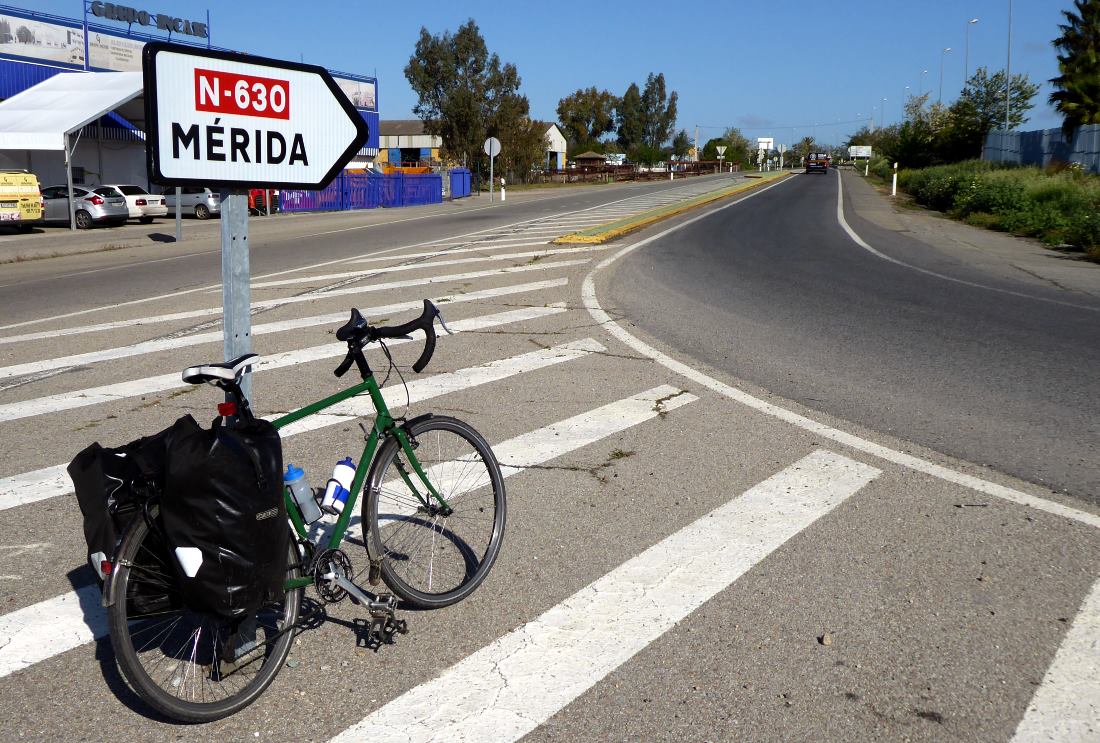 North of Seville we joined the southern end of the main road of the trip: the N630 (pic). This is the old Vía de la Plata, which will take us all the way to Oviedo. Well, our bikes will. And our legs might have something to do with it. 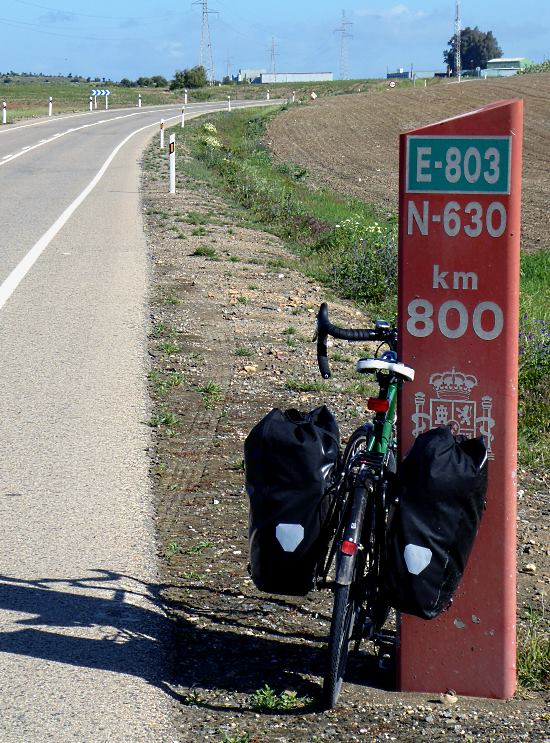 It was a bit of a slog at times – there was a stiff headwind all day, and a lot of climbing – and this was about as spectacular as the scenery got (pic)… 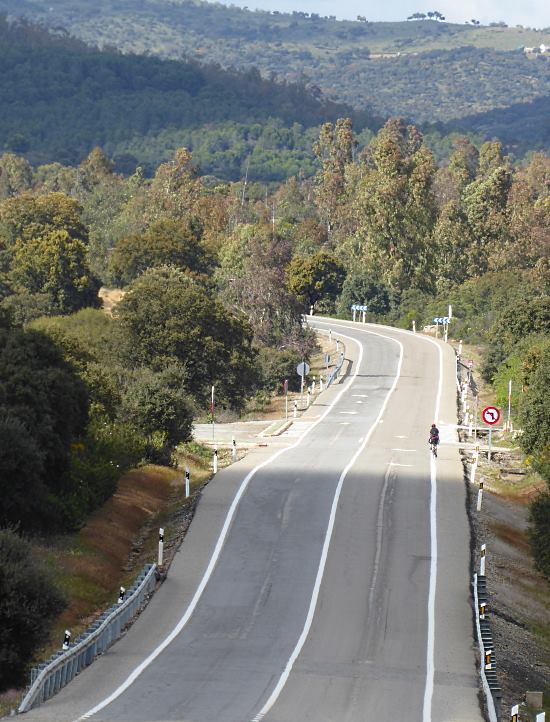 …but the main amazing thing about the N630 is that now it’s bypassed by a motorway for its entire length, it’s almost completely devoid of motor vehicles. For 800km. But not empty of road cyclists, who far outnumber cars. Which makes it, effectively, possibly, arguably, the longest cycleway in the world.

You can see how busy it is from this picture (pic), which also demonstrates how good my new camera (Panasonic Lumix TZ70) is on telephoto stuff. The lens is so good it can even pick out Nigel, two miles ahead of me. 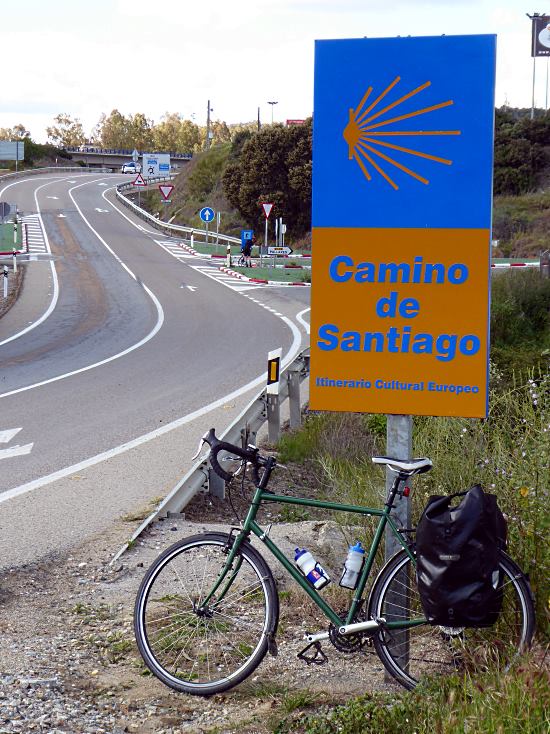 We’re solidly on one of the Caminos de Santiago (pic) – the aforesaid Vía de la Plata – and the hotel we’re staying in tonight, in Monesterio, is friendly towards bicigrinos: ‘bike pilgrims’ doing the penitent’s route to see St James’s holy relics in the great cathedral of Santiago de Compostela. (I cycled to it in 2011 by the better known Camino francés from Pamplona.)

The hotel provides supplies of great interest to such cycling pilgrims as we, for instance novelty soft toys, legs of the famous delicious local jamon iberico for €199 (or tapas version for €3.90), and bottles of local red for €1.80.
Miles today: 64
Miles since Cádiz: 138