‘A journey of a thousand kilometres’, goes the old proverb, ‘begins with a chocolate con churros‘ (pic). 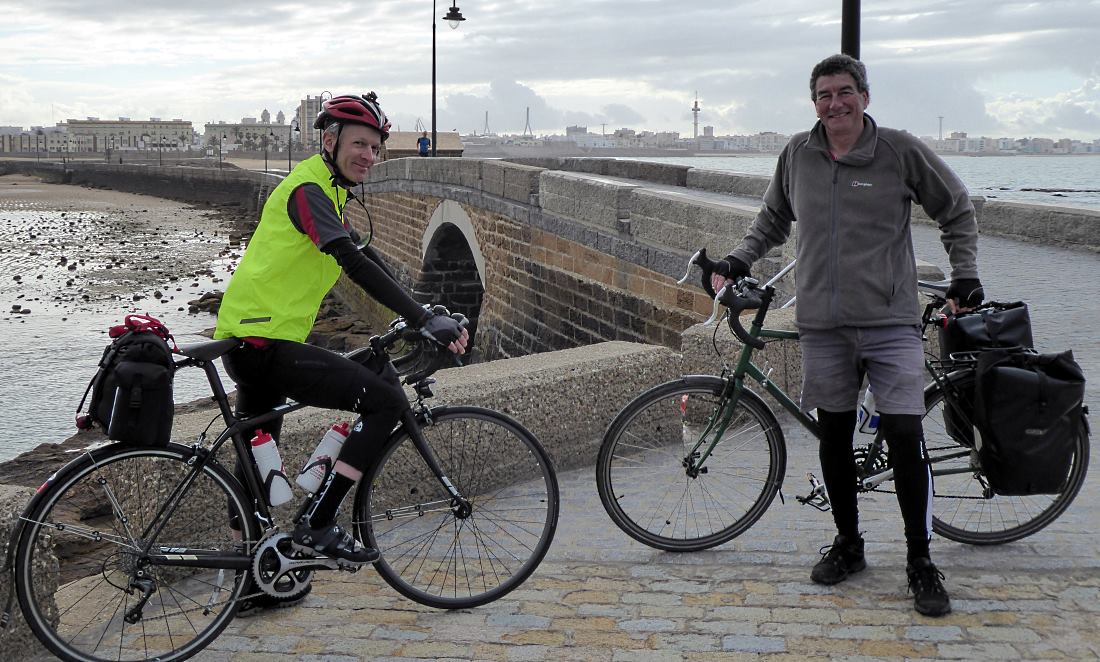 OK, so the End to End properly started here, at the Old Fortress at the bottom end of Cádiz (pic). The city claims to be the oldest continuously inhabited city in Europe at 3000 years old, and to have invented fish and chips, which I reckon is a good enough reason to start off here. 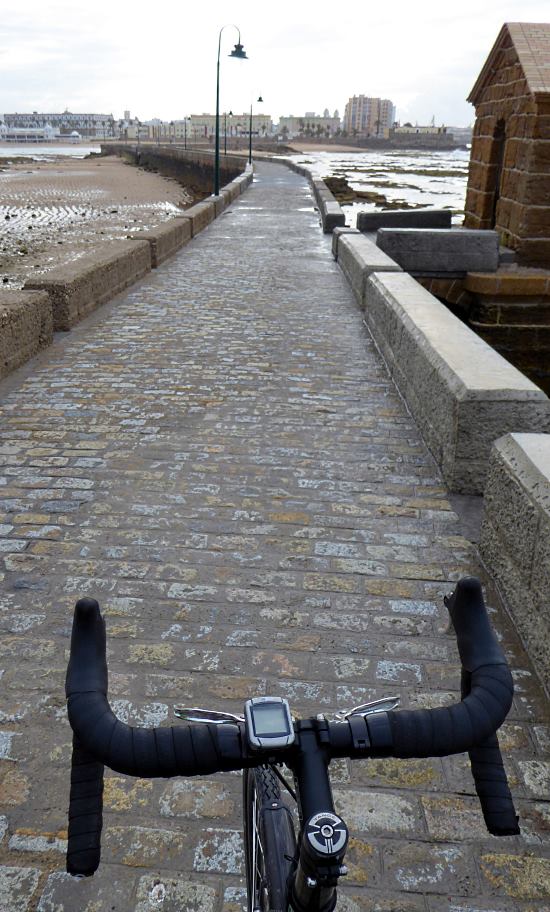 We rattled off along the bumpy causeway back to the mainland to start the 660-mile journey up to Spain’s north coast (pic). Cádiz’s peninsula is badly connected to the mainland, and so we took a ferry across to Santa Maria.

Except that the ferry was a replacement bus service, a concept in which we can proudly say Britain leads the world. Luckily it took bikes, so they haven’t copied the British model too closely. 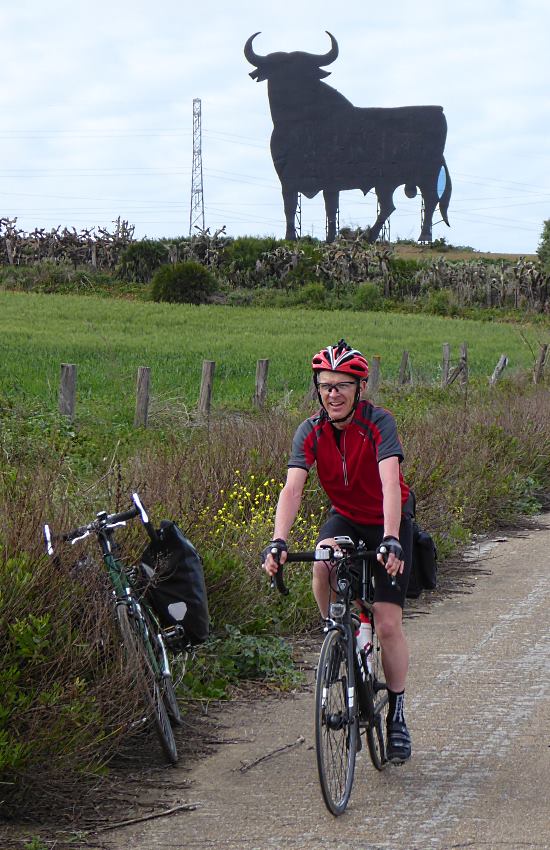 Some dirt tracks took us north from Sta Maria and past this traditional advertising hoarding (pic), one of 90 or so surviving ‘Osborne Bulls’. The tracks proved rather muddier and sandier than we expected, but at least they saved us an hour of road alternative.

Except that we had to spend an hour on arrival at Jerez to cleaning the mud and sand from the bikes. 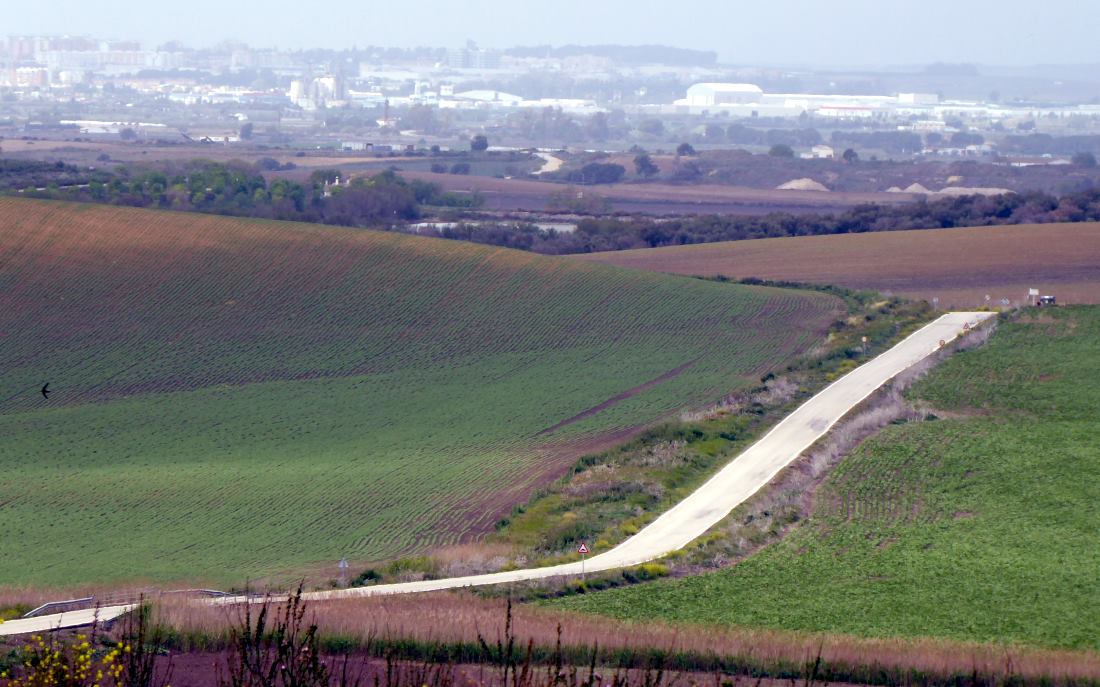 We flashed through Jerez on the city’s cycleway network and headed north on a delightul 30km of ‘ruta ciclista’ (pic), a country road specifically prioritised for bikes. There was a brief shower at one point, but it wasn’t like that for long. Because it turned into a full-on rainstorm. We sat it out in the porch of a closed village shop with nothing to do except eat chocolate and wait. Eventually, after about 850 calories, the rain stopped. 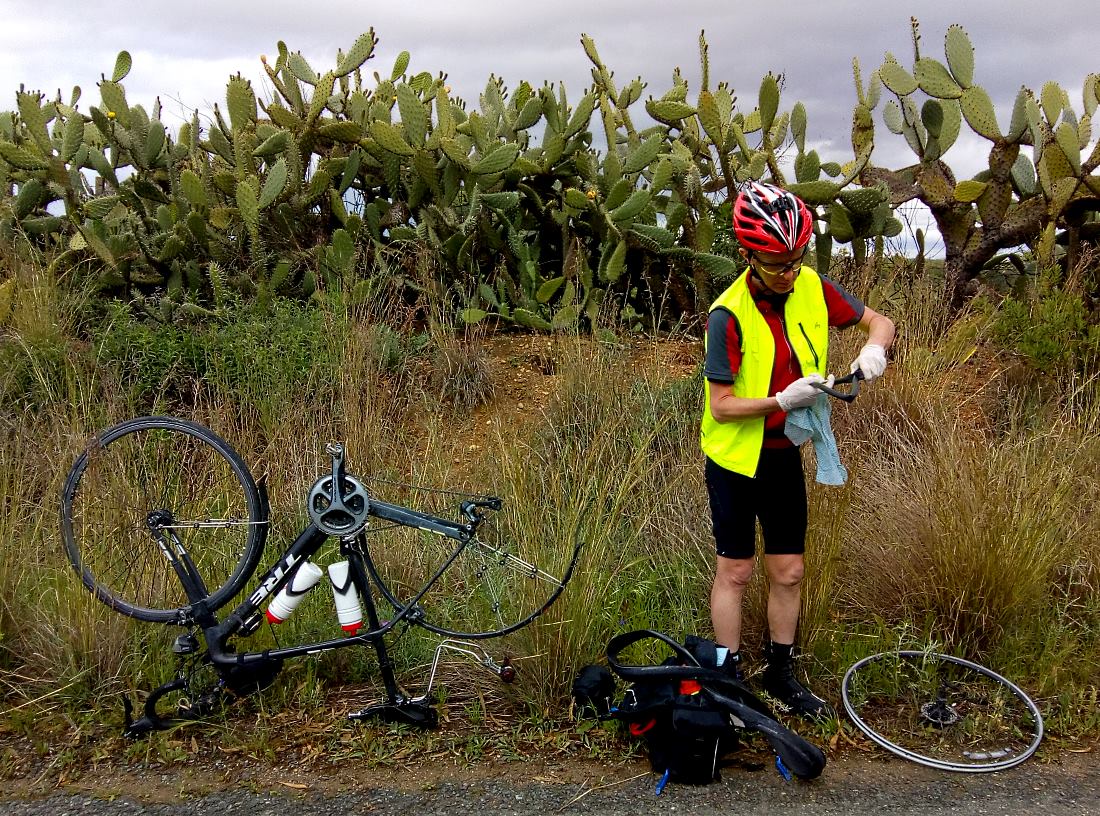 With a ferocious tailwind we made excellent progress, making up the time lost to the earlier bus replacement delays and the hour spent removing sand dunes from our bikes. We soon lost it again, though, because Nigel got a puncture (pic). 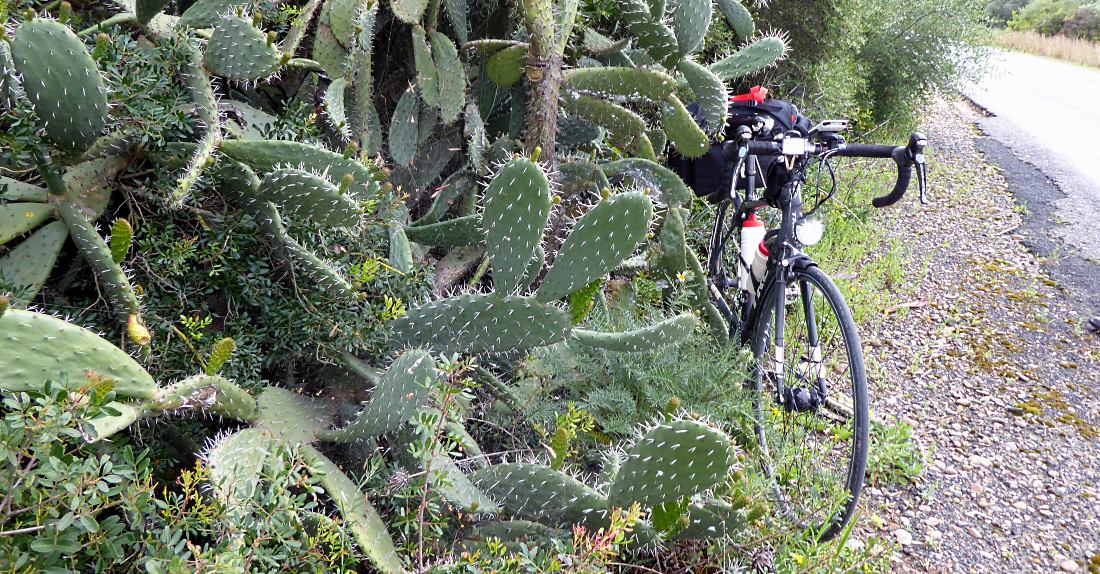 Perhaps stopping shortly before to take a snap next to the jauntily spiked cactuses (pic) hadn’t been the best idea. 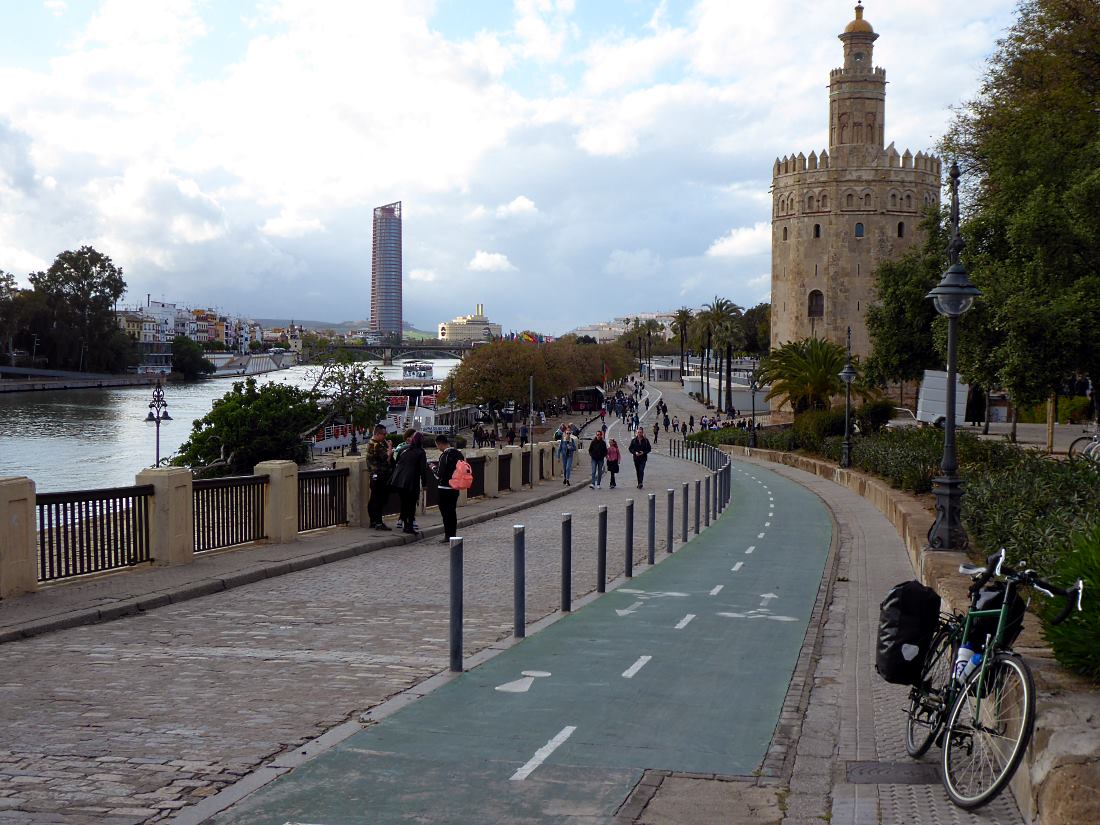 We rolled into Seville and whizzed along its cycleway system to the centre, and the bridge (pic) across to our Airbnb for a couple of days in beautiful Triana – a place of friendly local tapas bars and pavement cafes. It was gently buzzing with the sounds of the evening paseo: sociable chatter and laughter, the clinking of glasses and cutlery on plates, and the clacking of bike cleats on the cobbled street.