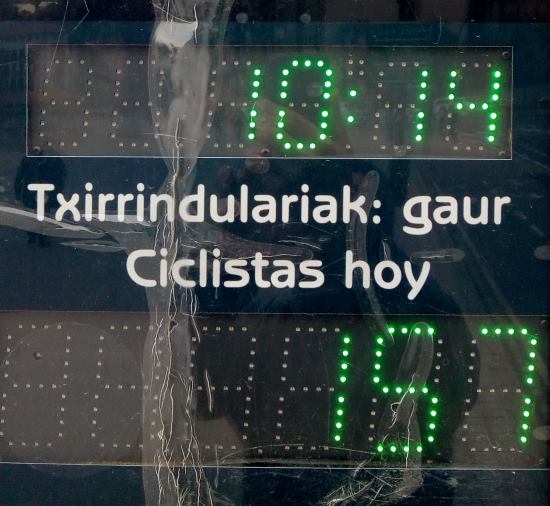 Yesterday we were on a coach from Gijón to Bilbao, from where Nigel flew home this morning, and I’ll fly home on Wednesday.

The look and feel of the Basque Country capital is rather different to that of a Spanish town, and it’s exciting to see all the signs (such as this cycle counter) in both Castilian and Basque, the mystery language isolate that evidently predates Indo-European.

Txirrindulariak means ‘cyclists’. You’ll gather Basque is not straightforward.
Indeed, it has no subject-verb-object, but is ergative-absolutive instead! It has a word erdera meaning ‘any language except Basque’! They count in twenties, so that ’52’ is ’40 and 12′! People have tried to link it to Georgian or Ligurian or Dogon, but it seems to have come from nowhere! And if you try to speak it in any of the pleasant lively bars in Bilbao’s Old Town (Kaixo! Bi garagardo, mesedez! Komuna, non dago? Eskerrik asko!), they’ll just look blank and reply in Spanish…

Anyway, this gloriously sunny morning I cycled a few kilometres up the Nervion – Bilbao’s river, not an antidepressant – to see one of the world’s few working Transporter Bridges at Portugalete (pic). 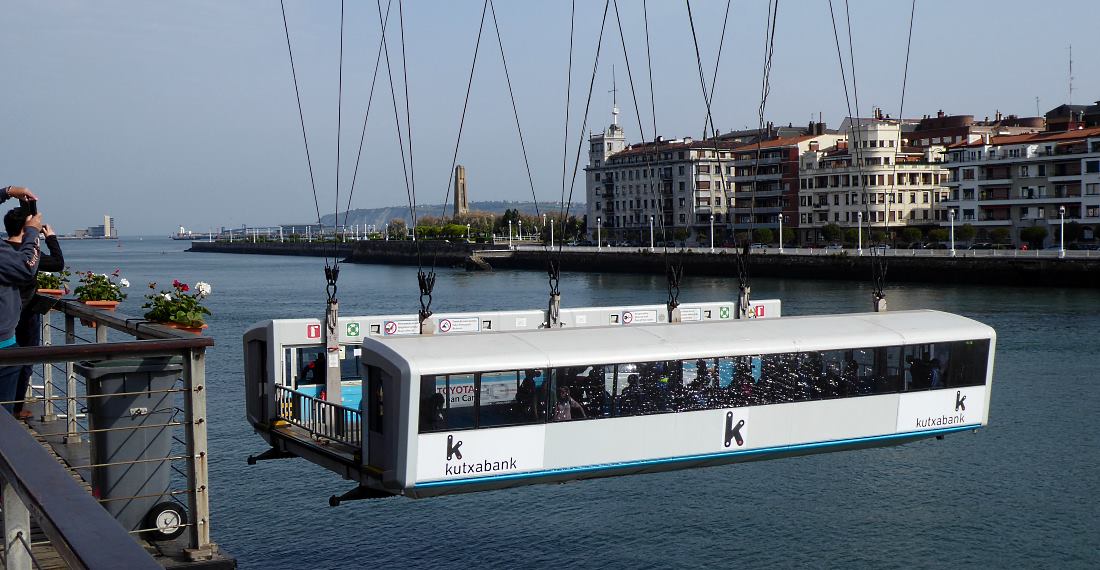 They’re a strange mixture, half bridge, half ferry, half flying tennis court: a suspended platform (pic) that shuttles across on cables between the riverbanks. Invented around the end of the 19th century, they were ideal solutions for taking pedestrians, horses and bicycles across flat estuary mouths. 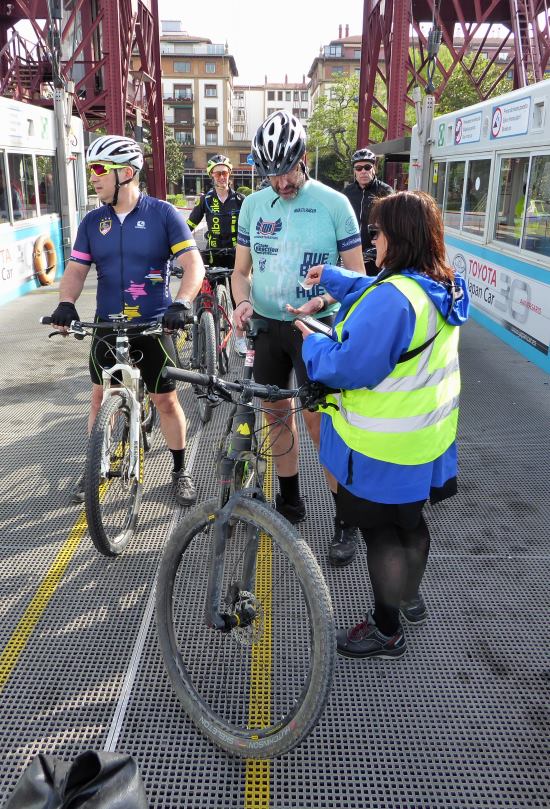 Unfortunately they were rubbish for cars, only able to take a handful at a time, and the boom in motor vehicles made them obsolete.

A dozen or two were completed, a few of which remain in use. Britain’s two are at Newport and Middlesbrough, which I visited for my Yorkshire Ridings blog in 2012.

But this one is clearly popular with cyclists (pic) – indeed, I was accompanied by many dozens, perhaps hundreds of road cyclists on my there-and-back trip to ride the bridge today. 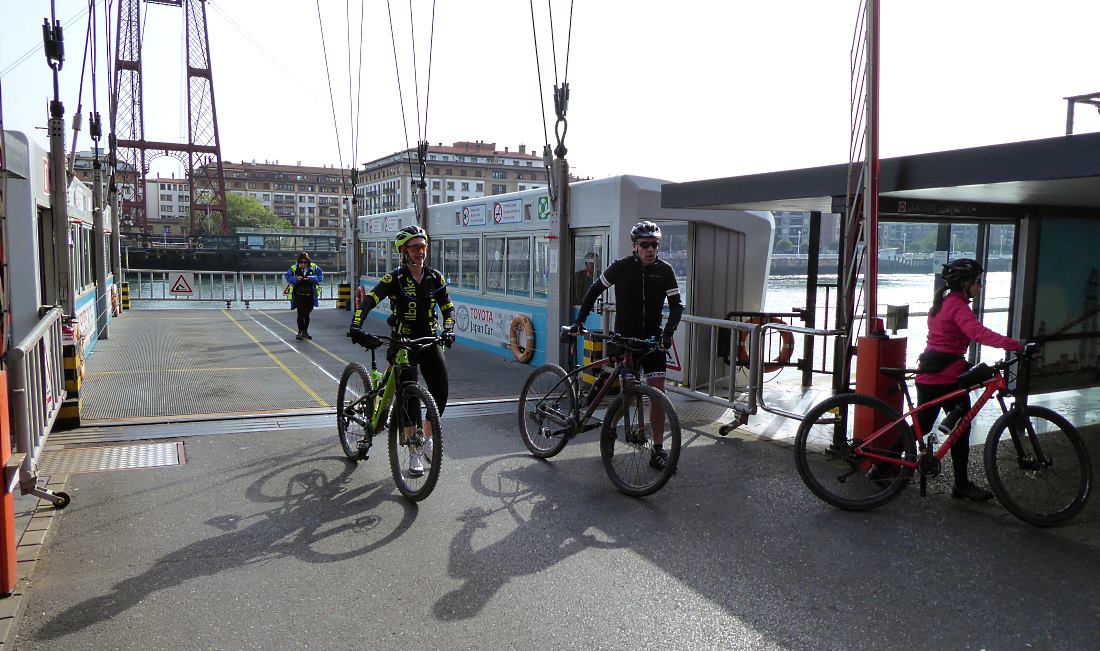 The Vizcaya Bridge works all day, every day, and a trip across costs just 75 euro cents for a bike plus rider, which explains why all the cyclists looked so happy as they wheeled their way off (pic). 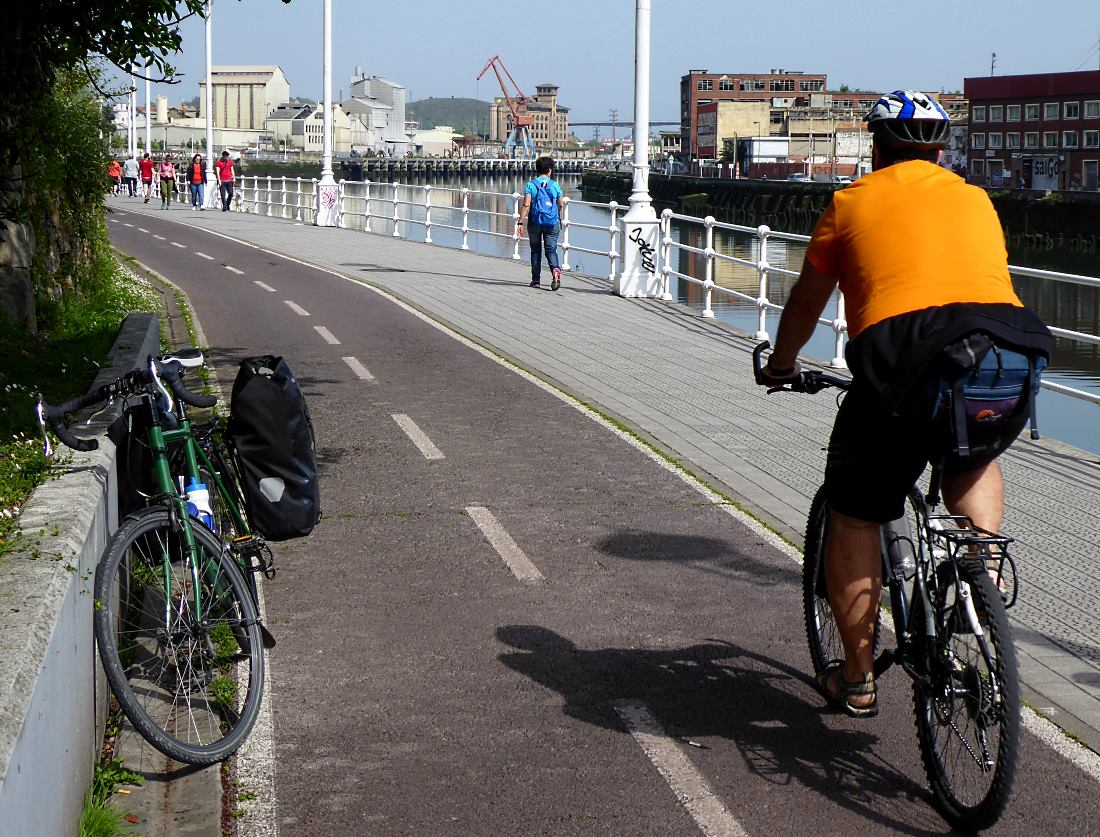 So, having crossed, I returned to Bilbao via quiet roads, and the riverside cycleway packed with joggers, walkers and cyclists (pic). The Basques seem quite an outdoor bunch.

Back in the centre I enjoyed plenty of riverside vistas (pic)… 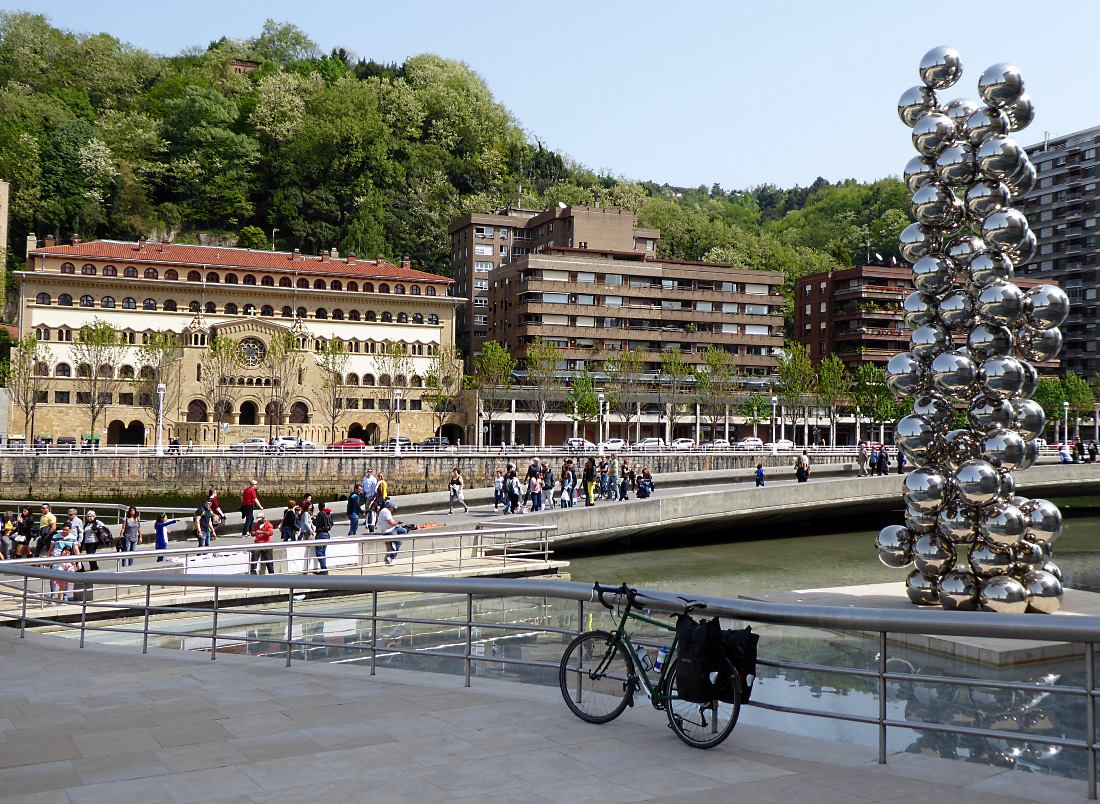 …and relaxed in the sun by the Guggenheim Museum, Frank Gehry’s billowing metal monstr… er, masterpiece. This is my favourite view of it. Behind my back. 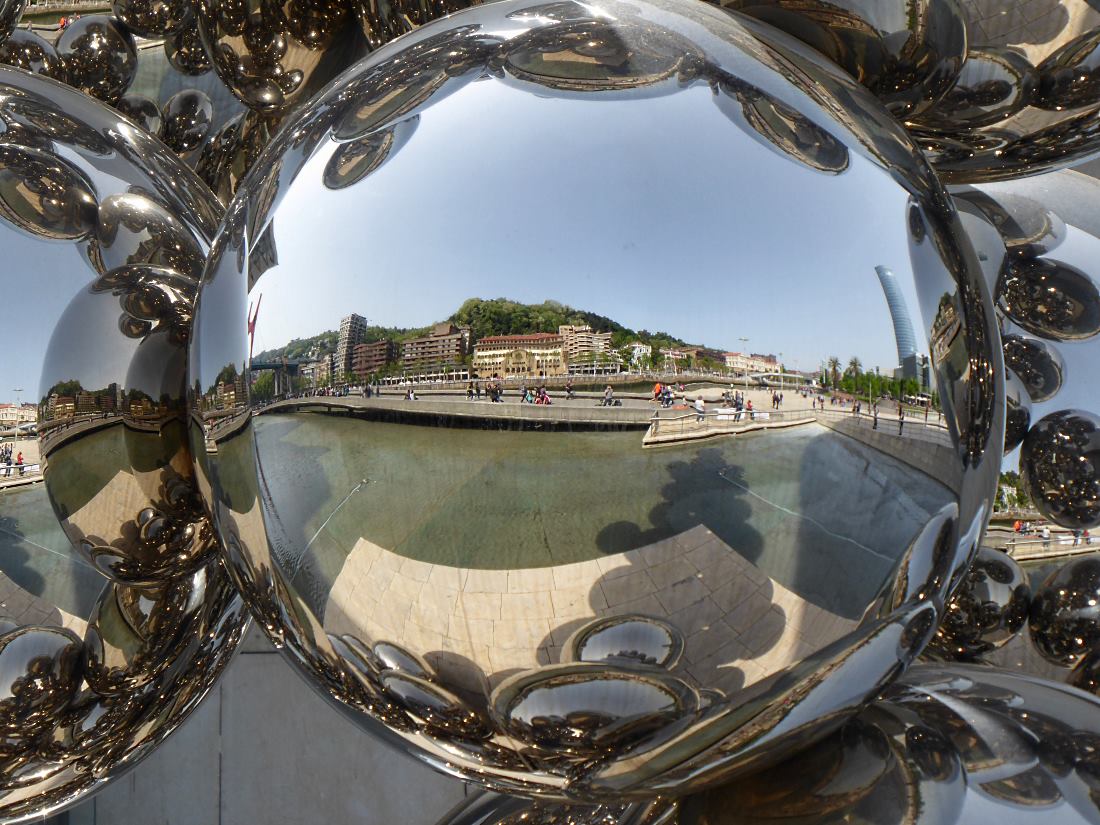 Nah, only joking. It’s all magnificent stuff, but you know what it looks like. So instead, here’s a closer-up picture of one of the large-scale sculptures outside the museum: Tall Tree and the Eye (2009) by Anish Kapoor, who’s famous for the Arcelor Mittal Orbit from the 2012 Olympics. It’s a load of balls. The Guggenheim one, I mean, obvs. 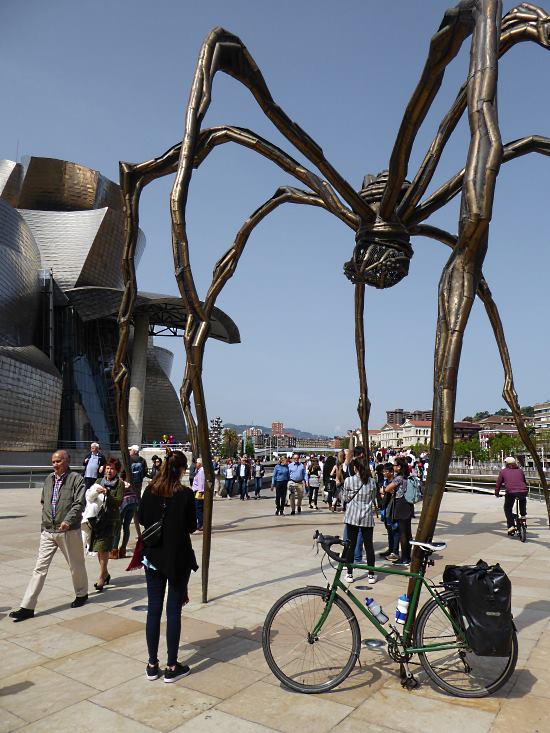 The only disappointing thing about today was the substandard cycle parking (pic), apparently the work of a highways engineer called Louise Bourgeois (pic).

Hard to lock up to, and only offering space for eight bikes. A standard Sheffield rack would have been much more effective here.