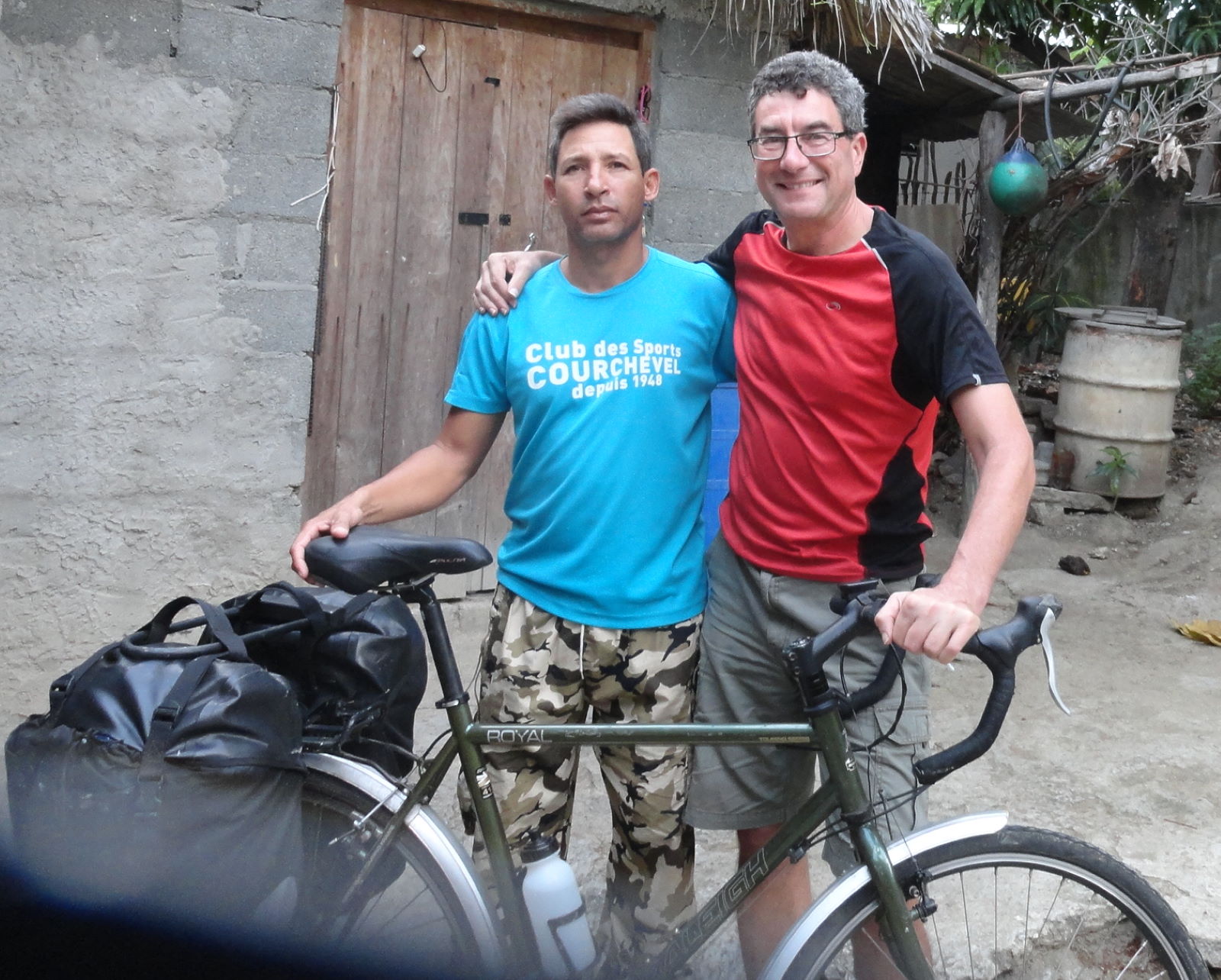 Having slipped J— (pic) a few pesos for BIKE REPAIRS and not accomm or breakfast, oh no, I headed west. It was easy riding, flat, windless… and shopless and cafeless.

Still, there was some good oceanside riding, with the usual levels of traffic on Cuban main roads (pic). 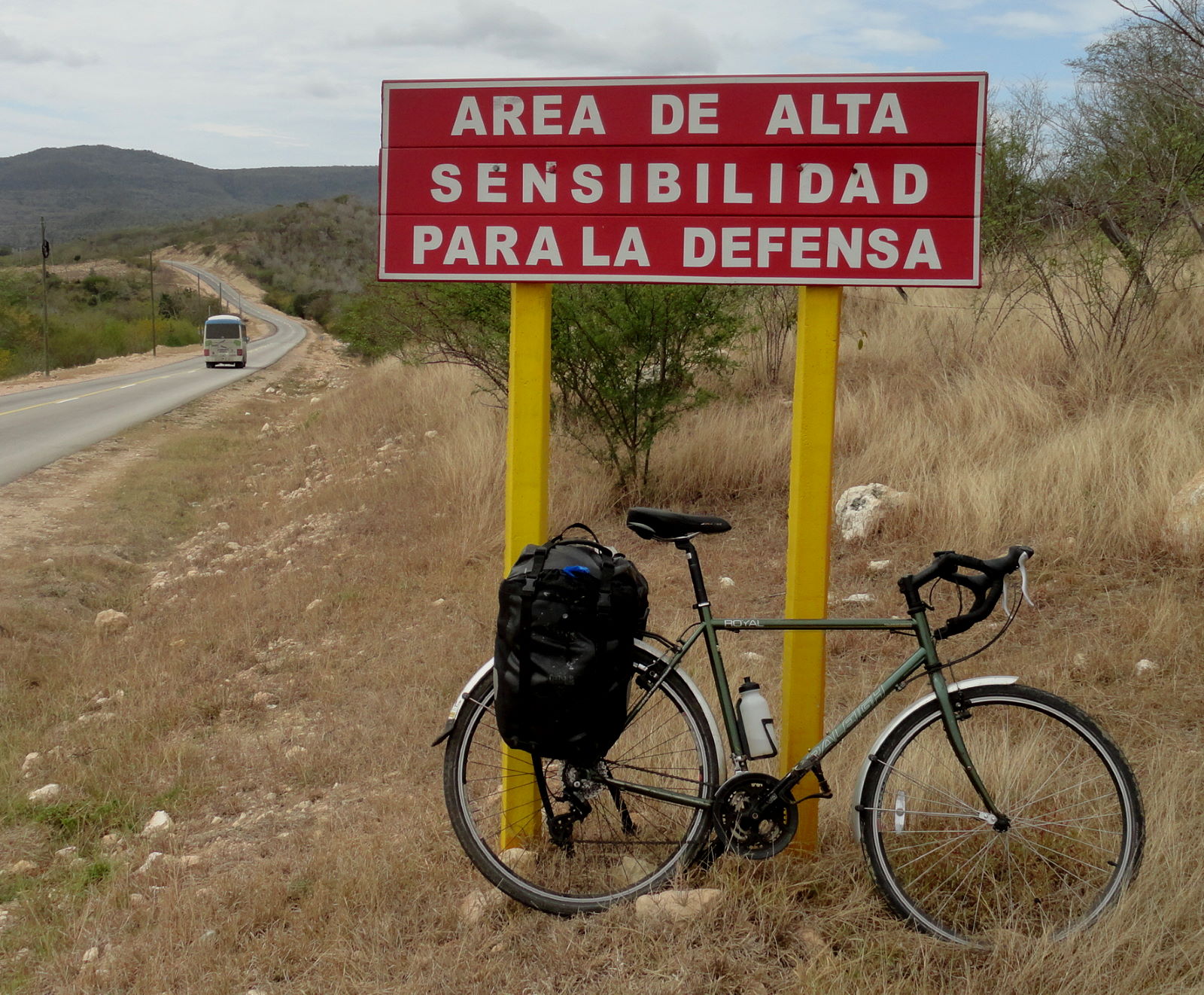 With 25km to go – and pleased with ground covered before noon – I stopped at a viewpoint looking over Guantánamo Bay.

Yes, that one: the one owned and run by the US, hence lots of signs around telling you not to go here or do this or do that (pic).

Anyway, there was a tourist-price cafe at the top (pic). The staff were watching some dreadfully acted but entertaining telenovela. I got a tiny coffee and can of local coke for $1 each, but it was a fun stop, and I got a reasonably good panorama over the bay.

Once downhill it was a flat run into the town of Guantánamo itself, with a quick stop for two orange refrescos for 2 pesos each at a stall. J— had phoned ahead to book me a place at a casa particular (guesthouse): $25 for the frilly but impeccably clean ensuite, a fixed standard rate throughout the country. 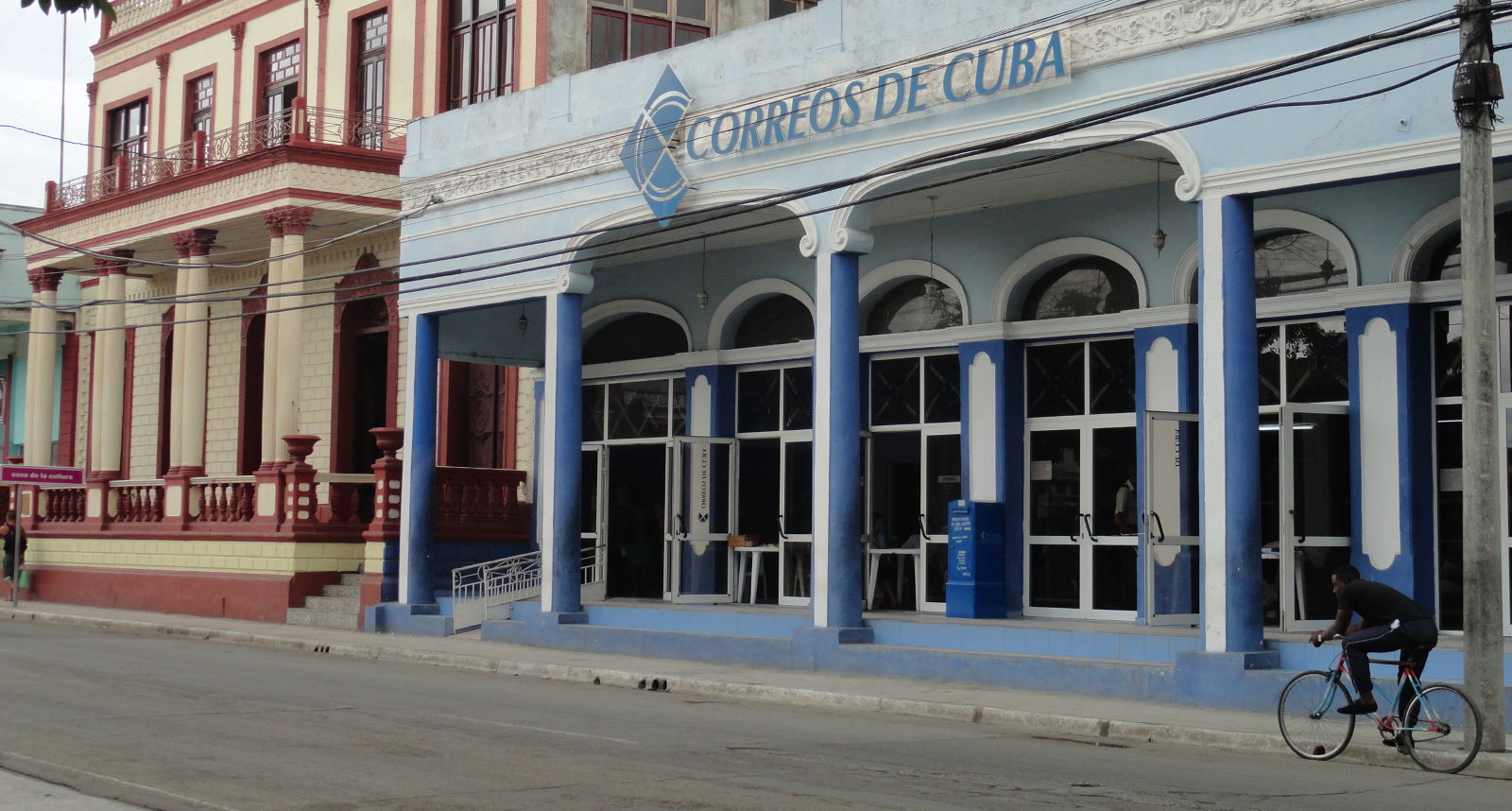 I strolled round the town’s Marti Square, a fine place, and admired the colonial buildings (pic). They clearly had a thing about columns here. 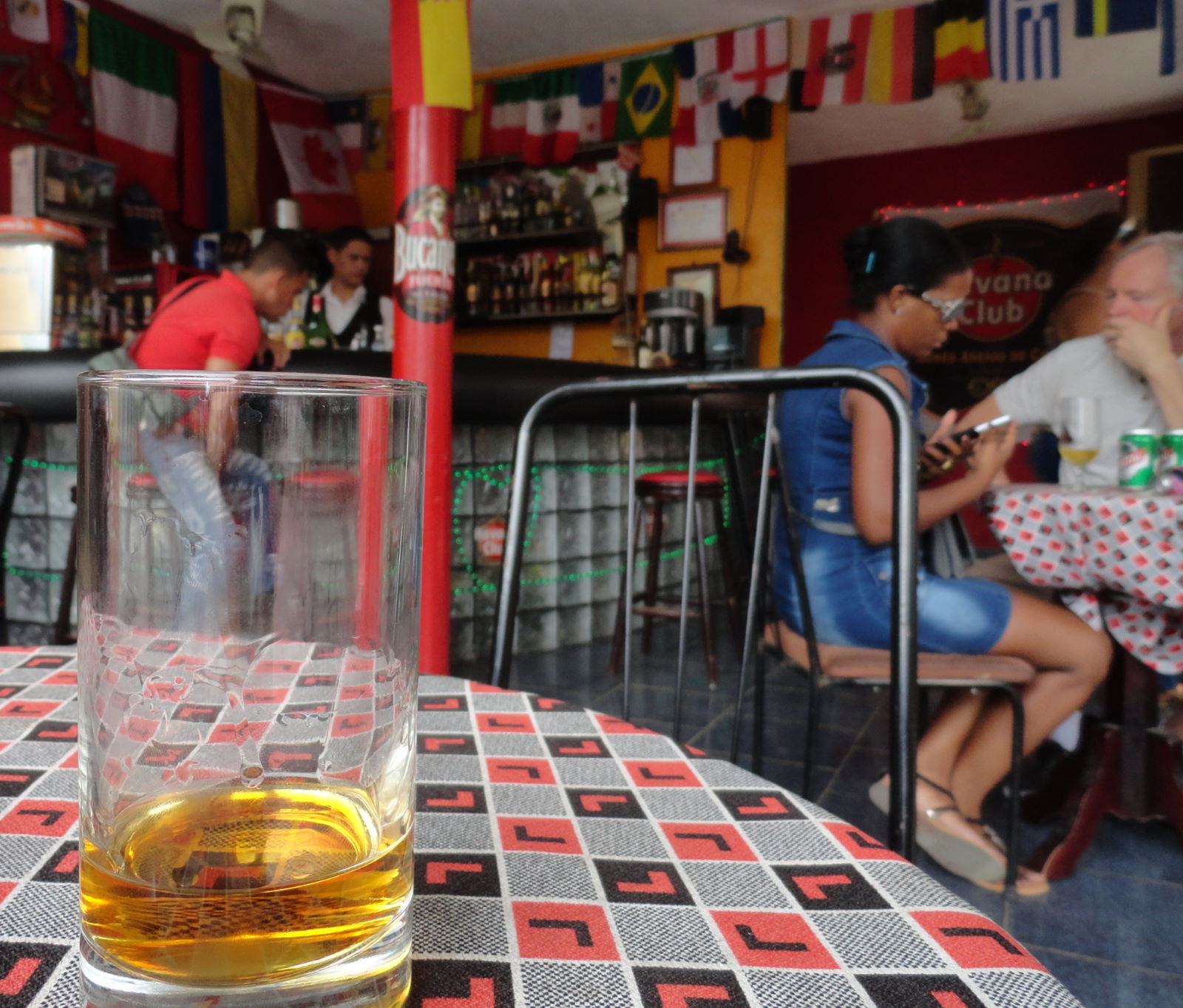 I had a stodgy cheap pizza from peso stall and a quick beer in a corner bar on the ped street off the square, followed by my first Cuban rum (pic). It brought back so many memories: my brother’s birthday party in 1978; a yacht trip in NZ in 2000; both reasons why I’ve avoided rum ever since. Though, actually, this time it was good, smooth and pleasant, and halfway between whisky and brandy. In a good way. Brisky, maybe. In a good way.

I walked along Camilo Cienfuegos with its weird sculptures. Wow, I thought, I’m really in a Cuban town with its residential streets, more lively and pulsing than Baracoa or Imías. I stopped in La Ruina, a co-operative pub: 5 pesos admission, but a fab place, in a ruin indeed, stylish and full of young people whooping it up and dancing to streetwise music.

I could have been in some trendy hotspot in Brazil. There were beer towers everywhere (31, I counted). I had a can or two myself, or four, of Cristal ($1 each) and watched the baseball on telly (Granma lost to Ciego de Avila 3-0). I then had a bisteca de cerdo, $2.40, the offer of which on the outside board is what tempted me in in the first place. All rather good, with rice, grated white cabbage, fried plantain chips, and pork fillet with onions. A glimpse of Cuba’s future, maybe.

My future was more modest: I walked back to the casa and was happily tucked up in bed by eight.