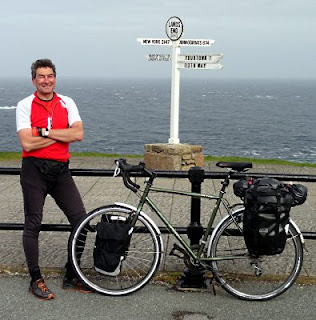 I’d only cycled there from Penzance, ten miles away, but I must have looked knackered when I turned up. Everyone thought I was arriving from John o’Groat’s. 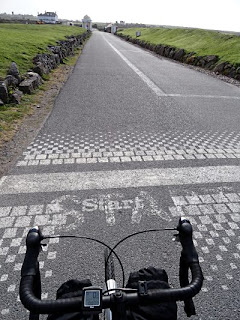 Anyway, from Land’s End I set off with an obliging tailwind back to Penzance – where Wetherspoons supplied a fine balanced breakfast, full of vitamins such as Q and X and Z – and on to Marazion. 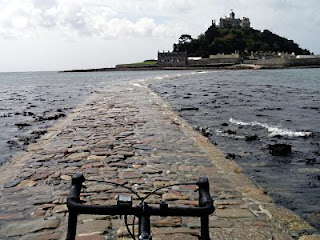 This is a place, not a prog rock group. It’s the town opposite St Michael’s Mount, which you reach by a causeway, revealed when the tide drops. It’s unique in Britain, except for the other 42 tidal islands. 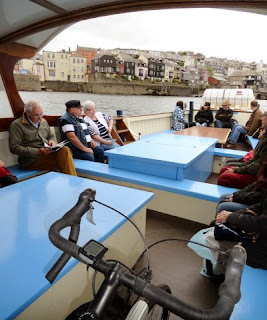 From Falmouth, I took the ferry across the Fal estuary mouth to St Mawes. This was fun. Any ferry that takes bikes is fine by me. Even if it does involve manhandling a massively laden cycle down 57 vertiginous steps to access a bobbing boat, and doing the opposite at the other end. Doctor, will I be able to conduct despite my sore arms? Well, that’s good, because I’ve never conducted anything before.