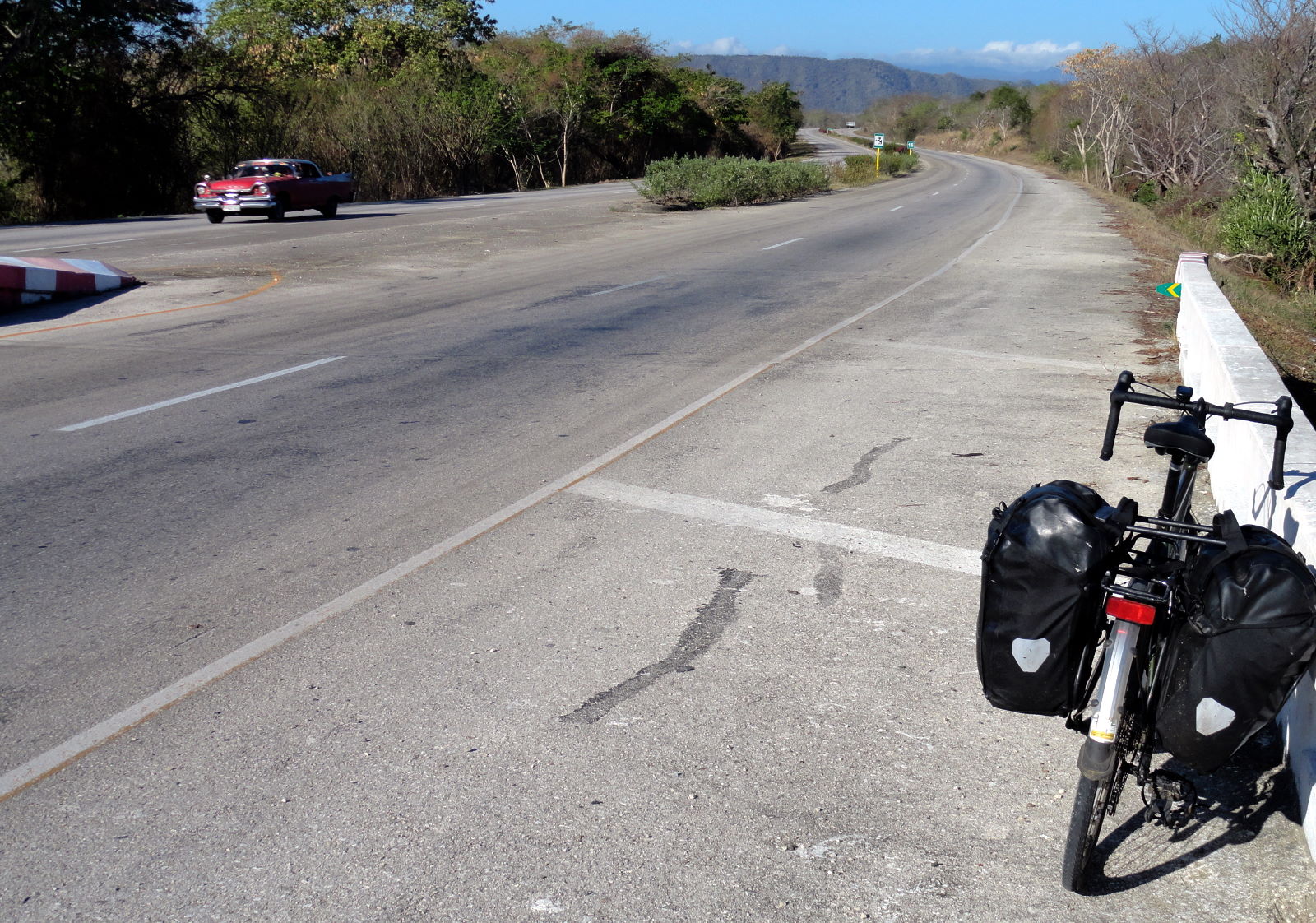 The old road out from the city west was all quiet rural stuff: Leicestershire with palm trees. I turned on to the autopista (‘motorway’): this being Cuba, bikes are allowed. In fact, it was so quiet, with just the occasional 1950s gas-guzzler lumbering by (pic)… 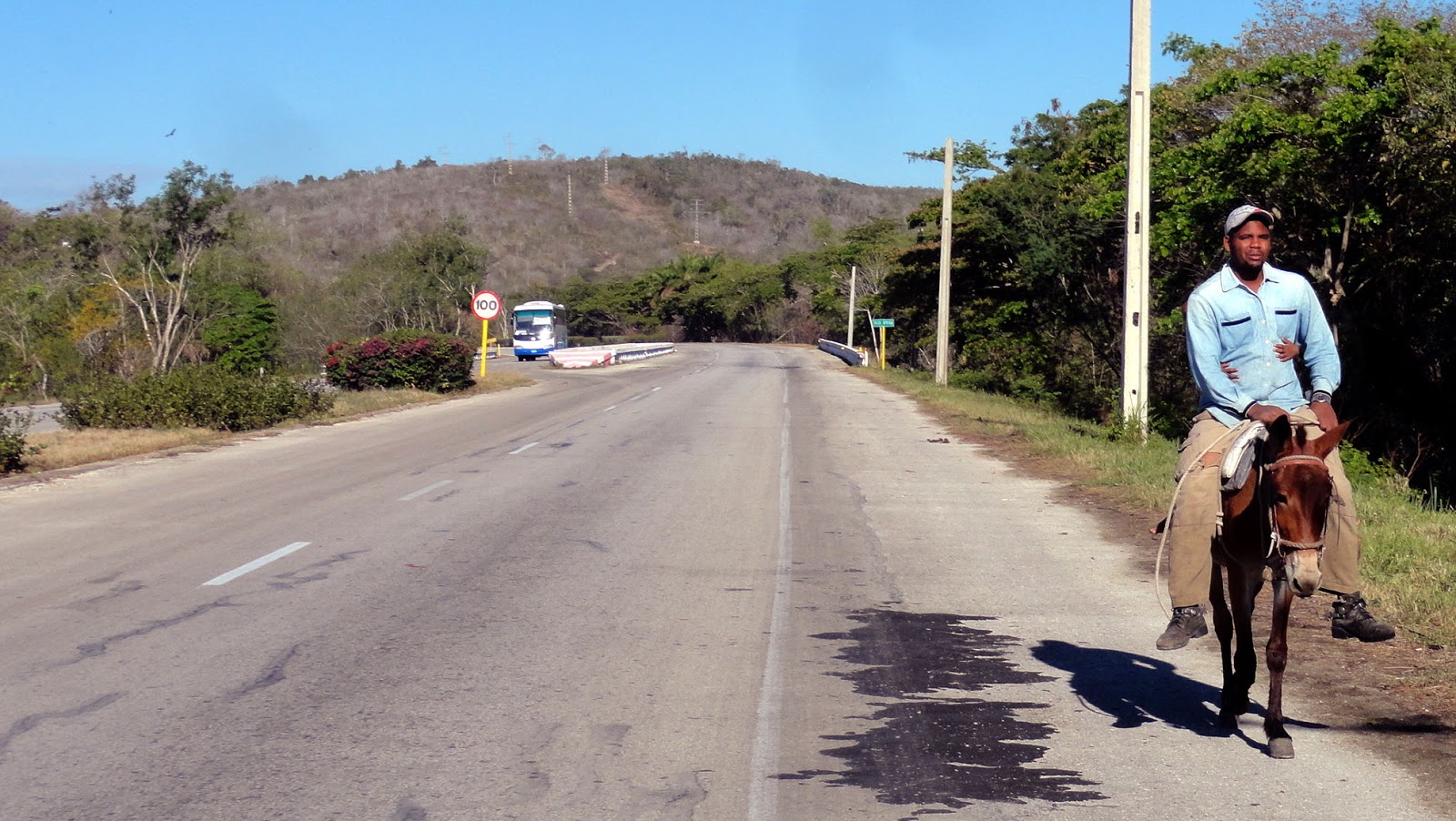 …or indeed the odd man on a donkey (pic), that I could have picnicked on the fast lane.

The autopista turned into the old single carriageway road, rambling over the hills through farms. I exchanged hellos with lots of workers on the back of carts, tractors, lorries etc, some in possession of large machetes.

Lunch was cheap refrescos and coffees from village peso stalls, and after a cycle over the top of a tunnel banned to bikes, I rejoined the autopista for a long freewheel down to the Second City: the vibrant Santiago de Cuba. 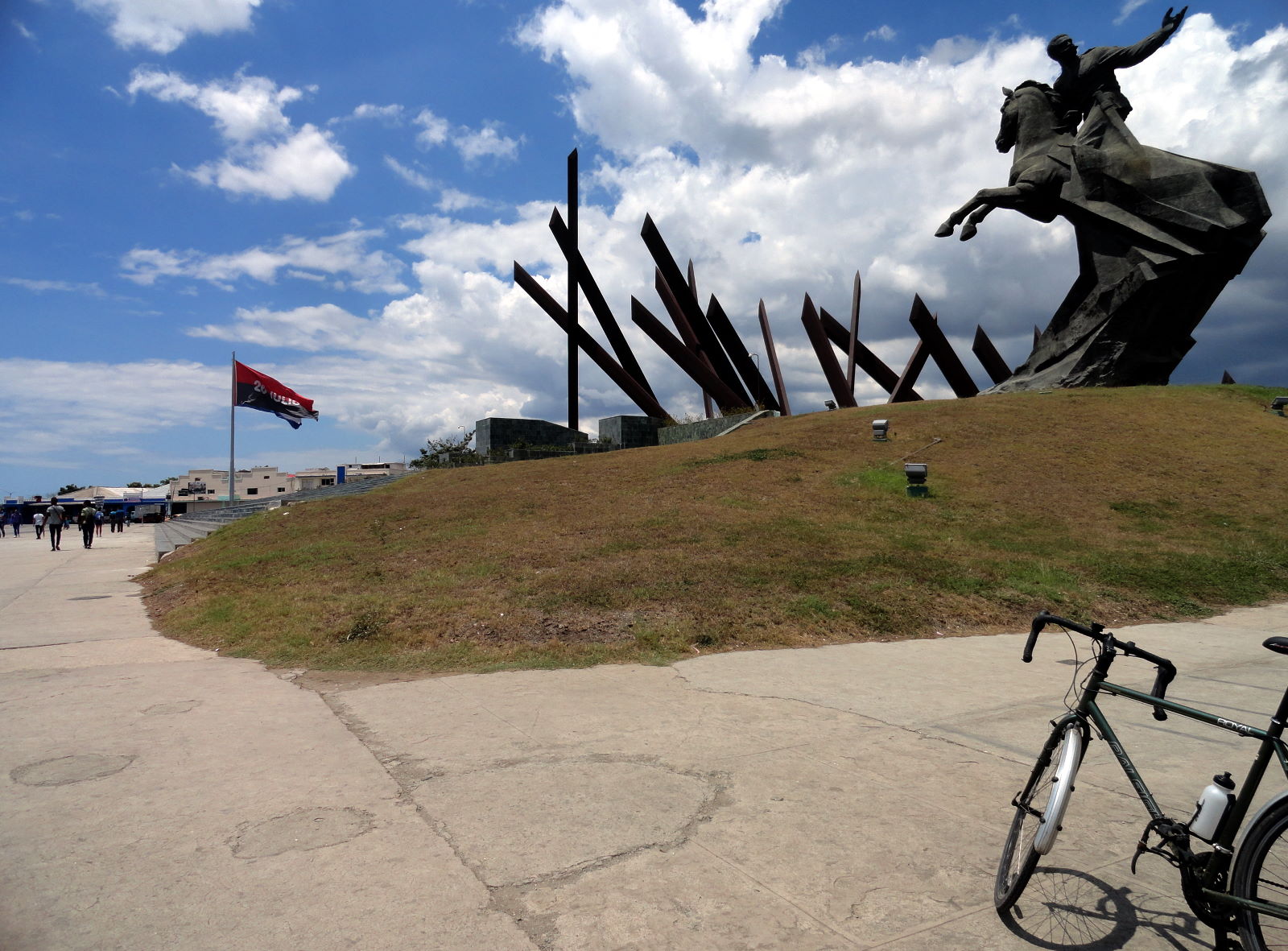 I was greeted by a vast revolutionary monument (pic)…

…and made my way to the historic centre (pic) to attend to vital personal matters such as internet access and a couple of cans of Bucanero. 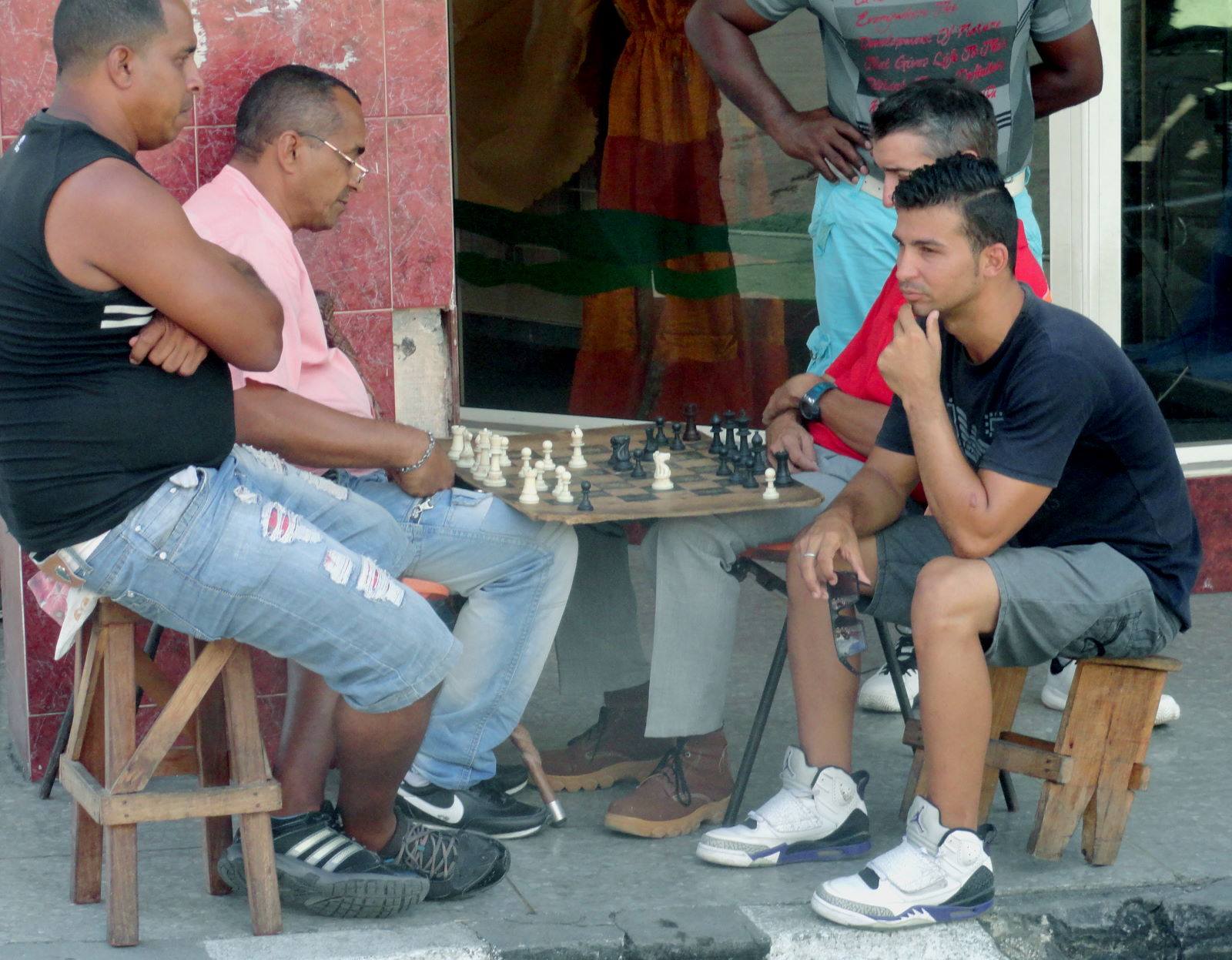 I found myself a casa particular and strolled round the centre on a fine evening. Chess is a popular outdoor activity (pic), and games can take many hours to complete. Perhaps they’re just waiting for a place in the internet kiosk. 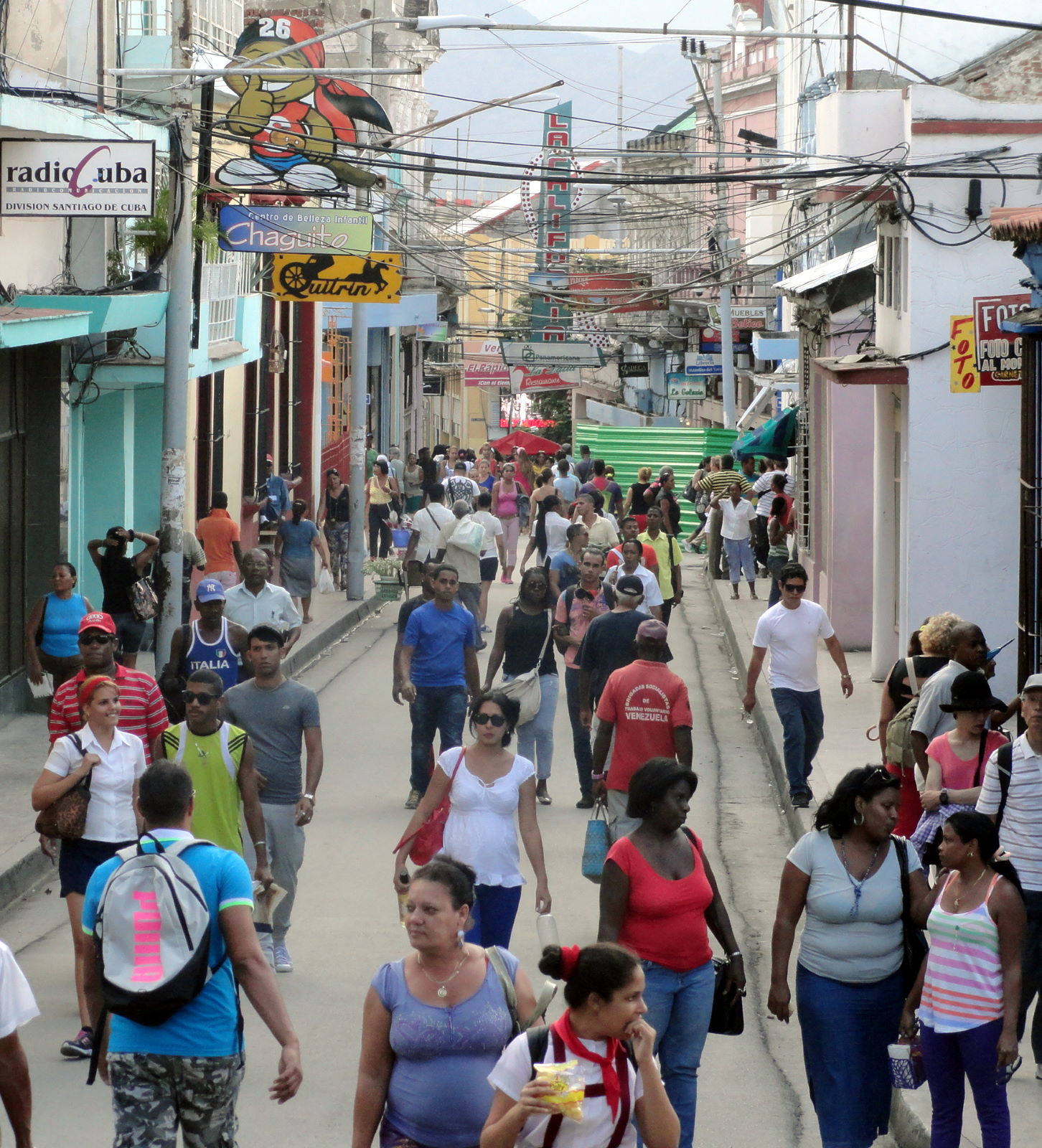 Instead I chatted to an Australian and Italian bloke who were living over here, and told them I was cycling writer. It started amiably enough, but they turned out to be rather seedy and in Cuba for different reasons than me. They were quite keen to talk to the gold-digger.

I wanted to make my excuses and leave, but it was now throwing it down with rain and I couldn’t leave without drowning vertically. They were very keen that I give them an email. So I did. It just wasn’t mine. Apologies to cycling journalist Rob Penn if he’s had some strange, rather lewd, communications from an Aussie lecher and a visa-chasing Cuban woman.
Miles today: 52
Miles since Baracoa: 148