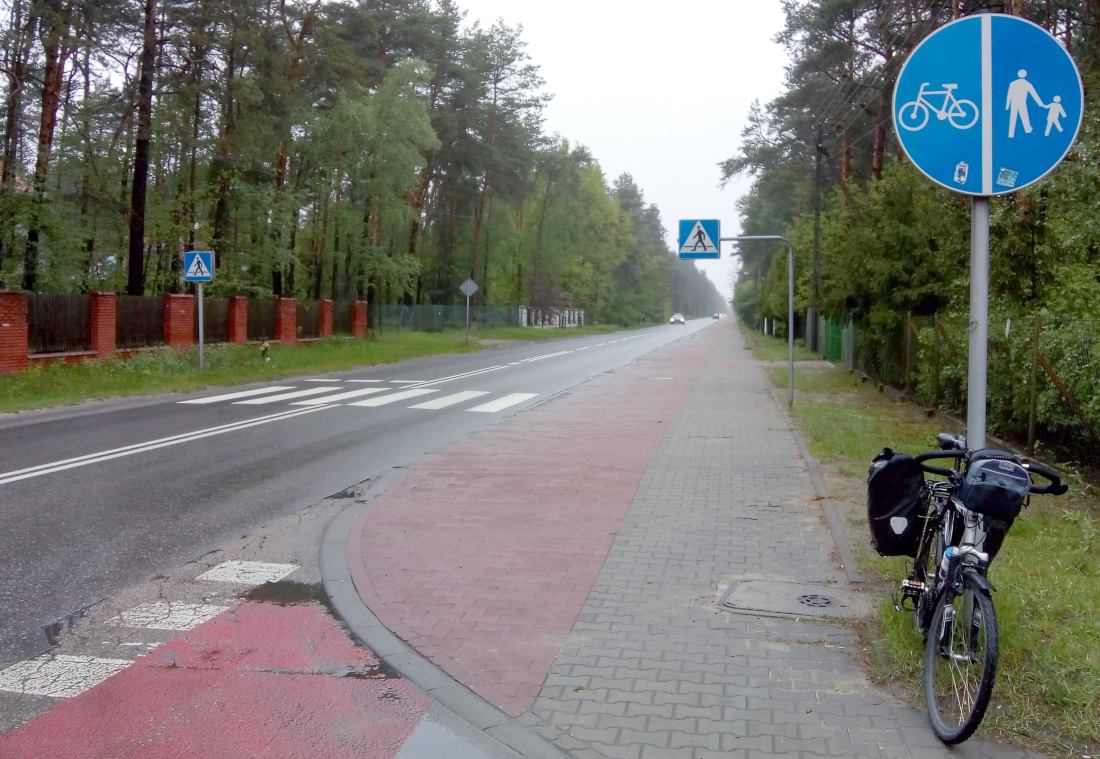 This was what most of today’s riding was like (pic), with the shared-use cycleways that ran officially or unofficially for most of the route. It was a day of railway station coffee, petrol station hot dogs, drippy woods, puddled roads and wet feet.
At least heavy morning rain had meant I didn’t have to feel guilty about a lie-in. Even when I set off, after nine, it was still lightly drizzling, and continued so all the way to Częstochowa. Added to the cold, rather dreary busy roads, and steady traffic mostly passing a bit close for comfort when I had to share the road with them, and it was just like being at home.

In fact, it felt very similar to my first UK End to End, in 1997, during the wettest June for 136 years. It all made me just so happy, re-experiencing that excitement. Really. Start with low expectations and you’ll only be pleasantly surprised. The Poles – unfussy, unselfish, hard-working, like Britain’s northerners – would recognise that. 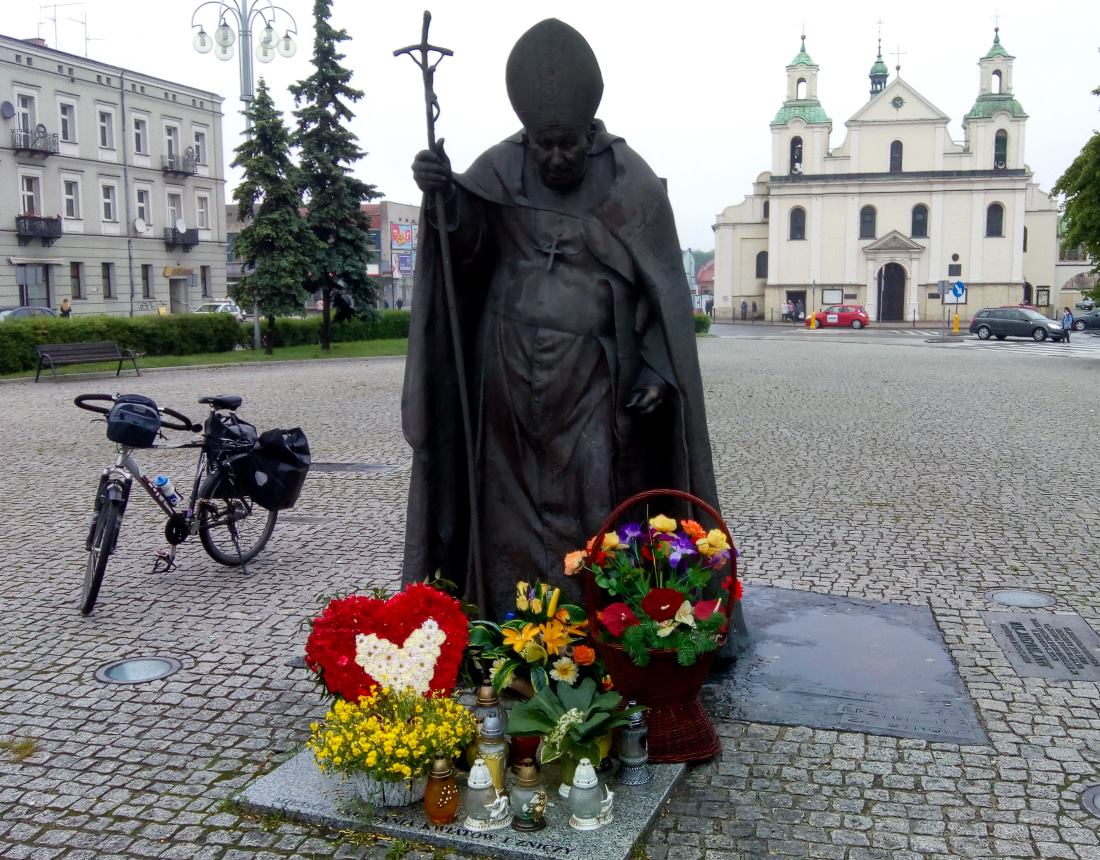 I arrived at Częstochowa around two, giving me plenty of time to explore Poland’s most sacred city, and a magnet for millions of pilgrims a year. (Nearly 90% of Poles identify as Roman Catholic, and almost a third of the entire country attend church regularly.)The central square has a statue of John Paul II (pic), as in every other Polish city in the world, though he does look a bit old and tired in this one. Perhaps no wonder, having modelled for so many other statues.

The statue is the start of a remarkable mile-long walkway for pilgrims to approach the destination monastery of Jasna Góra, home of the renowned ‘Black Madonna’ icon.

From Jasna Góra itself there’s a commanding view back down the walkway (pic) to the church of St Sigmund and, er, a massive factory chimney.

During religious festivals and summer this is jam-packed with the faithful. On rainy Thursdays out of season it’s only home to a few visitors and cycle tourists looking for somewhere cheap to eat.

Jasna Góra itself is the full-on Catholic experience of ornate gold-leaf baroque church decor, with technicolour ceilings and Cinemascope statuary choreographed by Cecil B de Mille.

And of course there’s the Black Madonna herself, said to have been painted by St Luke himself on a table-top, perhaps waiting for his chicken and rice to arrive. 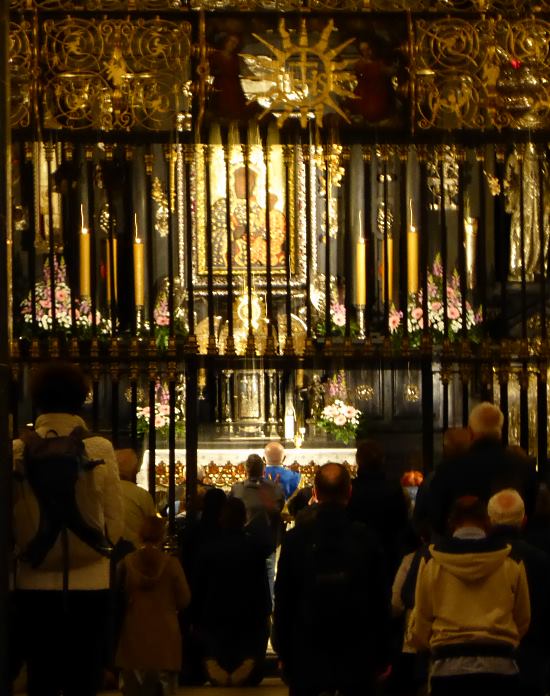 There she is (pic), now decorated with priceless gold and jewels, in the Chapel of Our Lady, being venerated by the kneeling congregation in a patella-busting Mass that looked like it was going on for hours.

(The ‘Black’ indeed refers to her skin colour, but it’s down to ancient fire damage, and nothing to do with any African heritage, so it may only be a matter of time before she’s accused of cultural appropriation.)

A pizza and an early night tonight, and the weather is looking better for tomorrow… I hope.