I’ve been to Kraków several times, so didn’t feel the need to sightsee: I was keen to get on the bike, especially as heavy storms were forecast for late afternoon.

I even got a rather dramatic text message warning me of power outages, floods, and the inadvisability of sheltering under trees: it didn’t state the sender, though I suspect it was booking.com’s cheery way of letting me know I was in their thoughts. 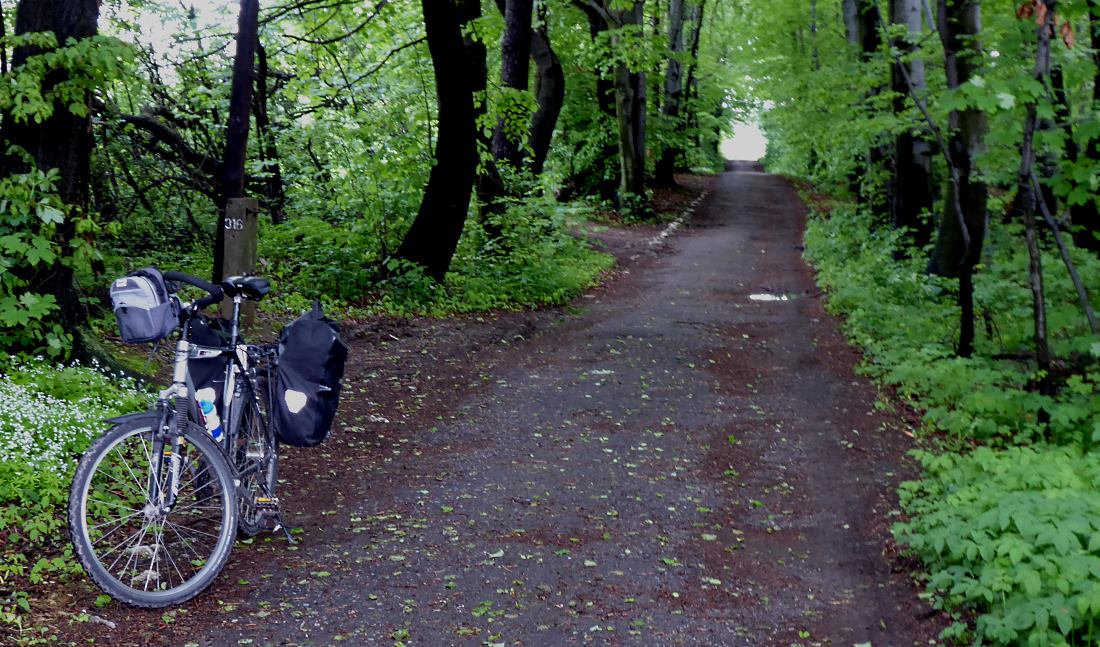 So I was out early, northwest past the inbound commuter traffic, sometimes managing to find pleasant back roads through the forest (pic). Why be on a main road when you can enjoy such tranquillity amid birdsong? 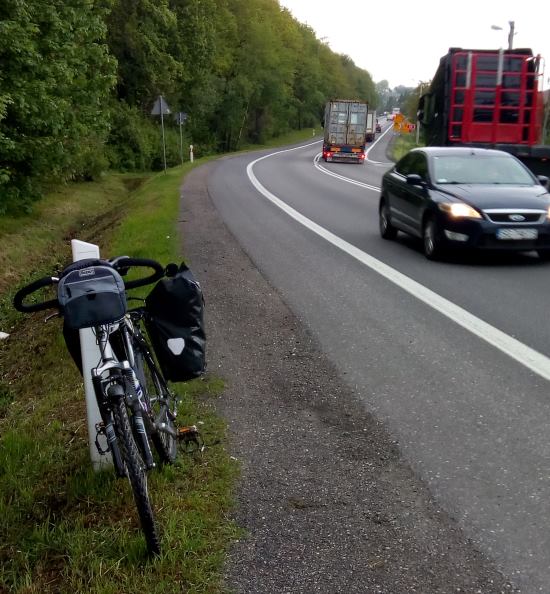 Because the back roads didn’t join up and only ever lasted about half a kilometre before they got muddy, that’s why, and I wanted to get to my lunch stop before the heavens opened.

So I mainly stuck to the main road (pic), which though busy had either a wide shoulder or a footpath.
I’m not sure of the legality of footpath cycling here when it’s not specifically marked as a cycleway. So I decided to chance it, and when a police car passed without stopping to advise me otherwise, I took that as a sign that it’s OK.

To be fair, the police car was doing 90mph with its siren going, so they may have had other priorities. 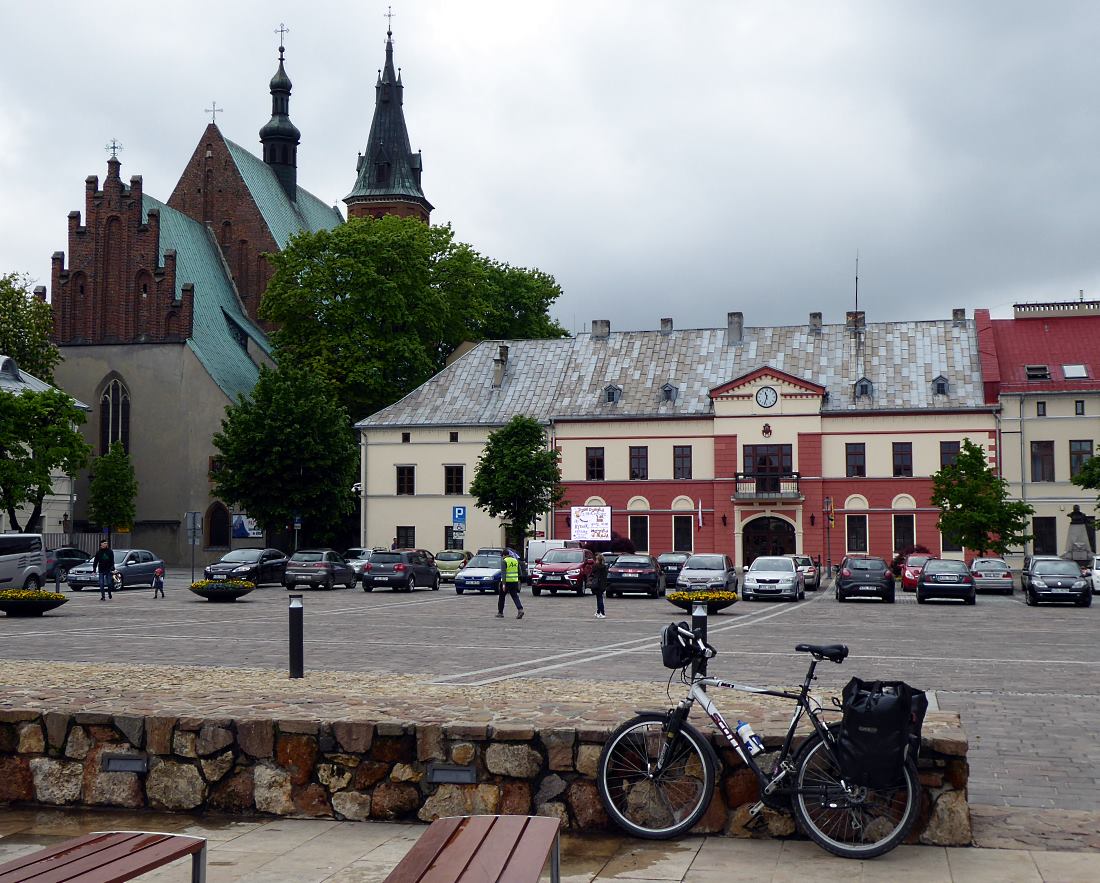 Lunch was in Olkusz’s rynek (‘market square’, pic), just the sort of ordinary town I like passing through, because it’s so ordinary, so gives a genuine feel for the Real Poland. Plus it was misty and beginning to drizzle, so I could carry on without being worried about missing out on any postcard views or tourist sights. 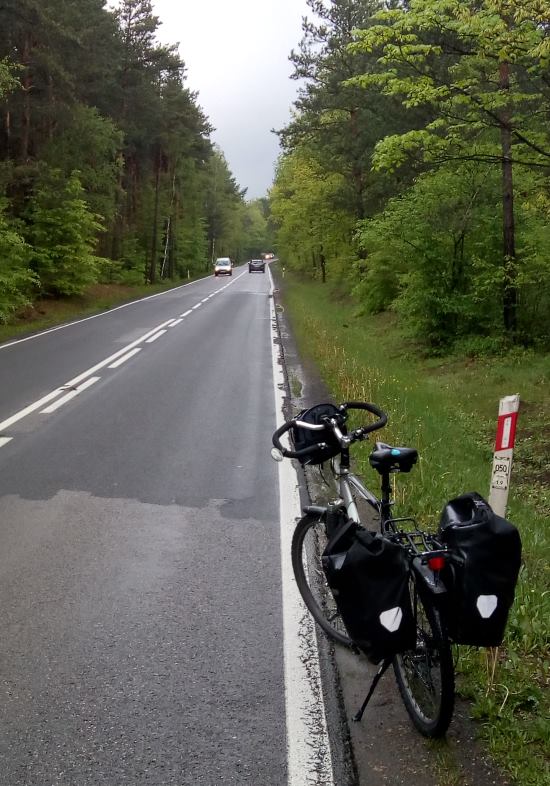 By half one it was raining steadily, but I was near my destination, Ogrodzieniec, and heading through pleasant woods (pic).

The guesthouse didn’t open till 4pm but I was looking forward to sitting in a cafe or bar and drying out while reflecting on the day in my notebook.

On arrival I found Ogrodzieniec has no cafes, and the bars were all shut.