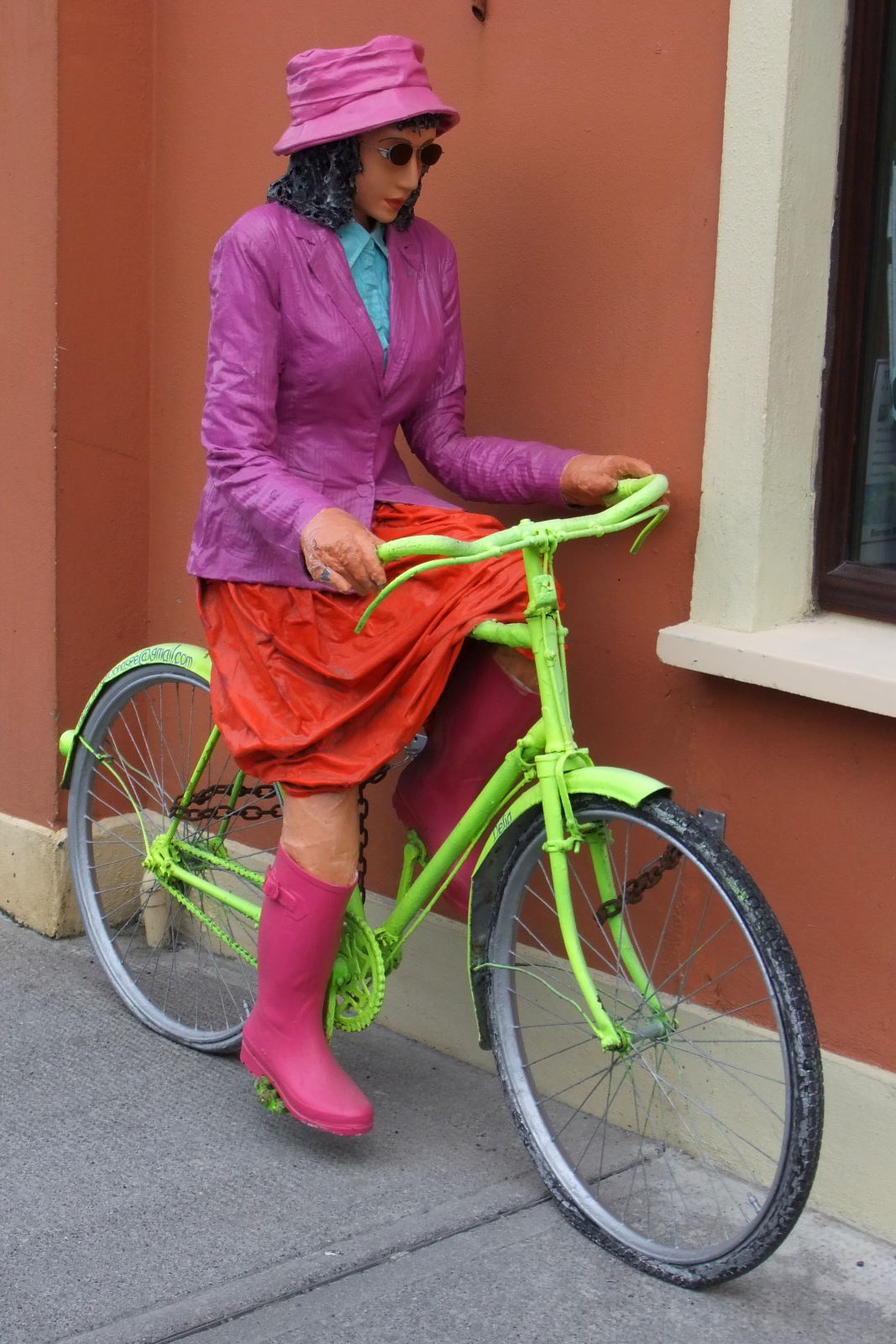 Our plan to go to the Aran Islands was stymied by the wind: ferries weren’t running. They were more, kind of, lurching up and down and side to side in the harbour.

So our Plan B, a recommendation of our top-man hostel warden Karl, was a day cycling round the strange wasteland of the Burren.

I paused to admire this figure outside the Aran Sweater shop (pic). Given the rain over the last few days, the idea of cycling in wellies didn’t strike me as a bad idea. 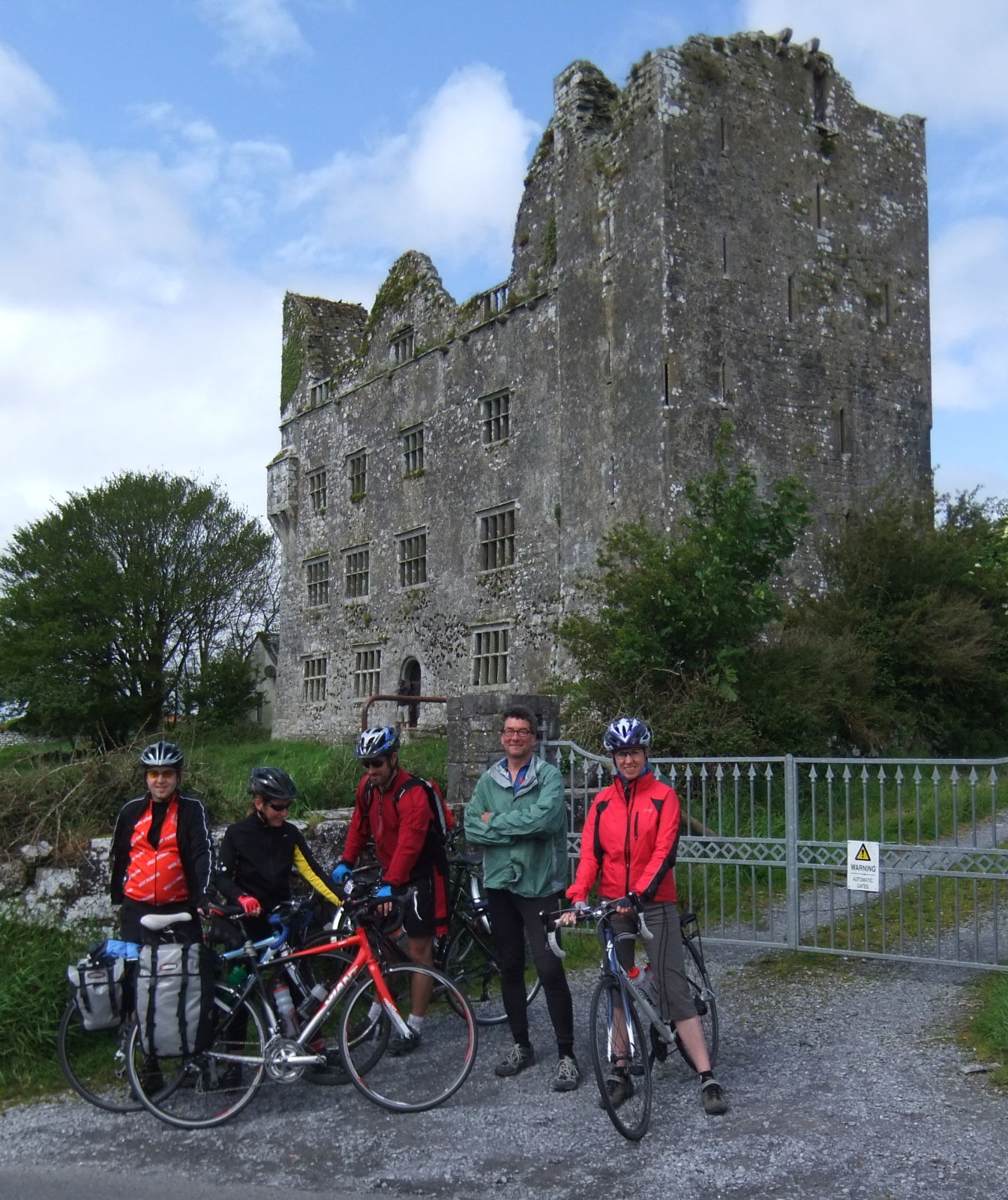 We’ve been past a few empty new housing estates, the product of Ireland’s infamous housebuilding bubble.

This though is a rather older example: an uninhabited 12th century castle (pic) in a farmer’s field, perhaps just needing that flagship store nearby to get the buyers coming. 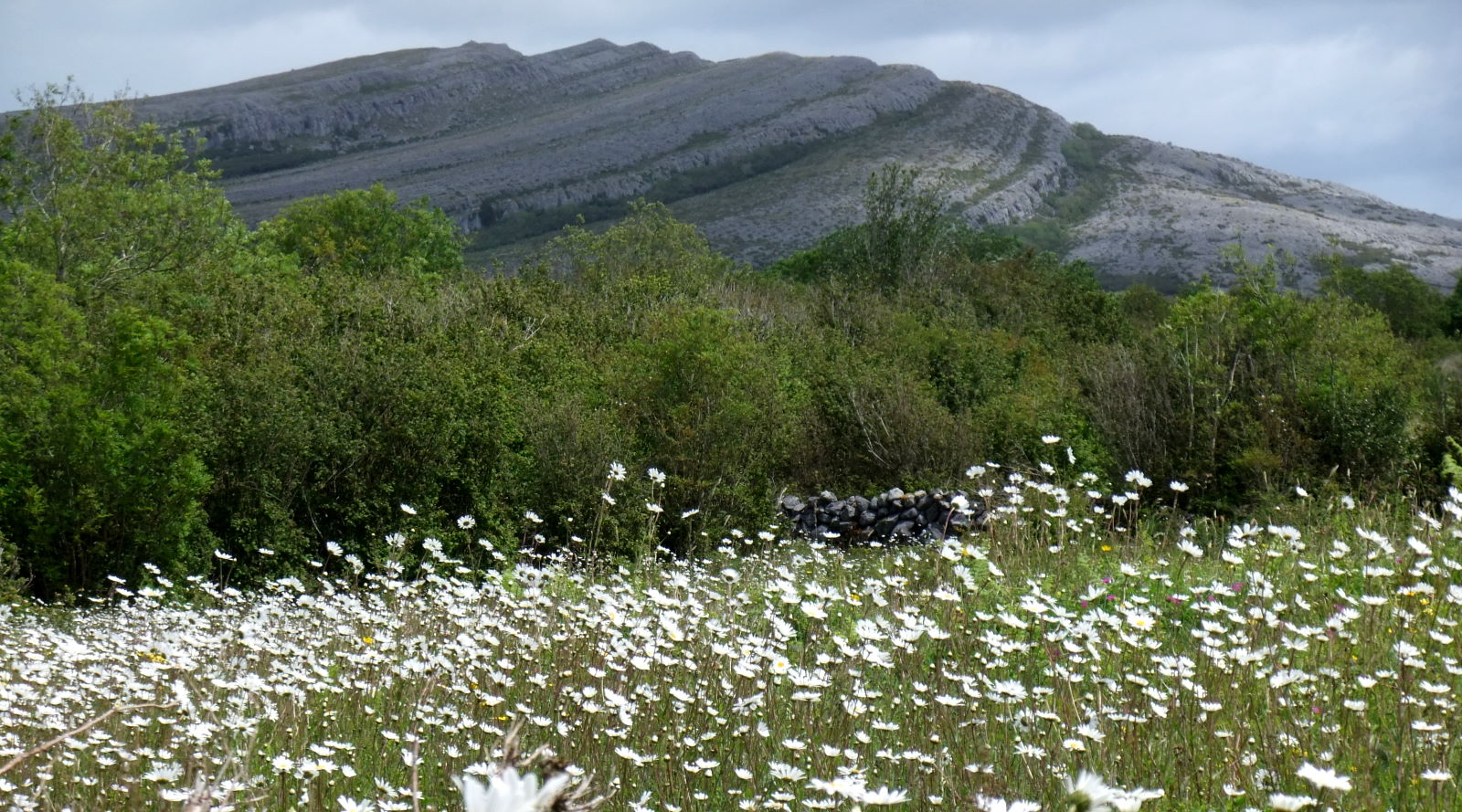 The Burren is a hundred-plus square miles of glacial karst, like the makers of Ireland ordered twenty Malhams by mistake. It boasts a lot of interesting flowers snuggling in the limestone cracks, and even has its own style of accordion playing. Our first views, after quiet backroads to a picnic spot, didn’t quite live up to the reputation, though this one did (pic). 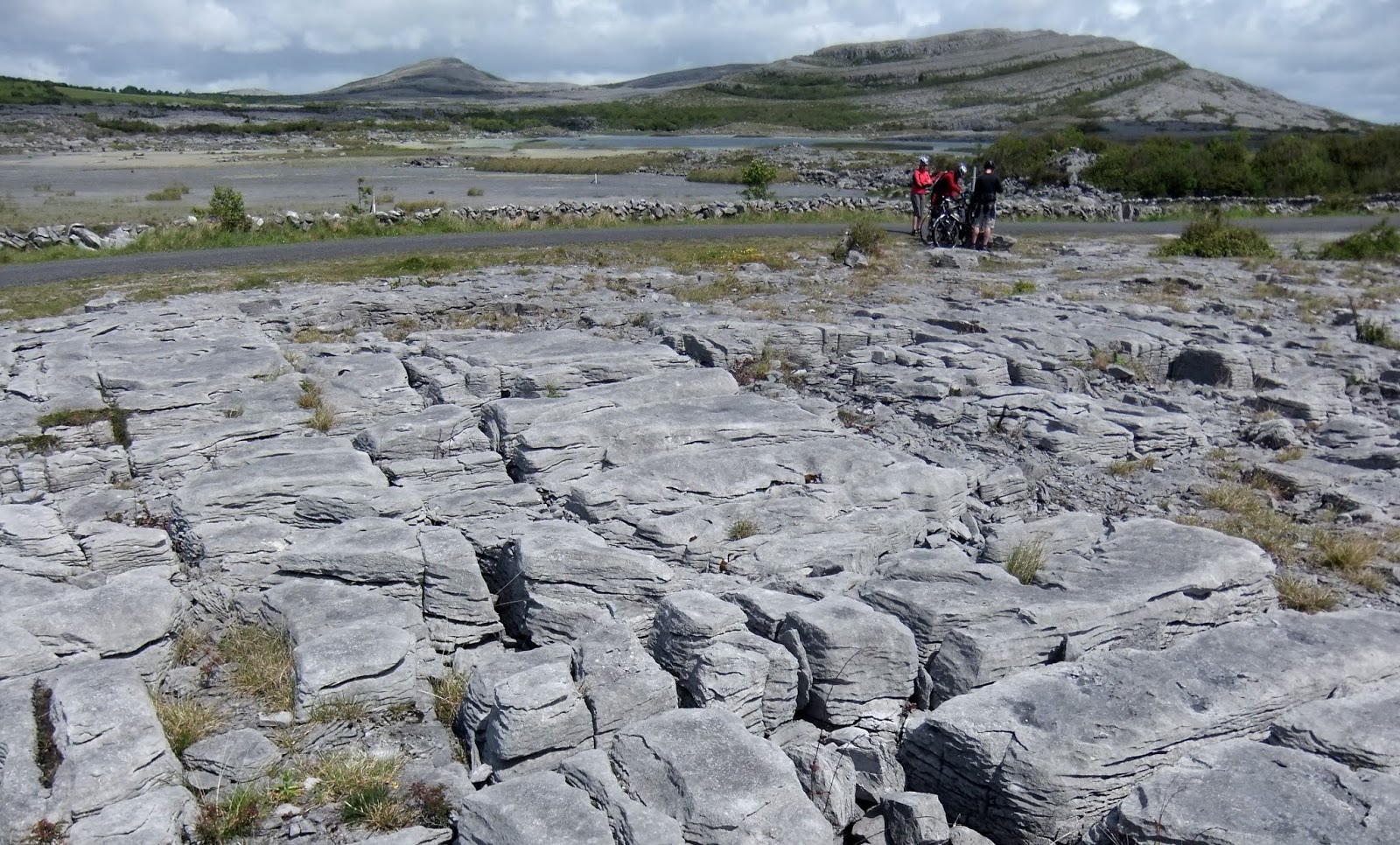 But, following some tiny back lanes on Karl’s advice, we suddenly found ourselves in the Burren proper: limestone pavements (pic), rocky hills, grykes, clints and other useful Scrabble words. I admit, at one point we did cycle on the pavement.

Up one windy road we had a fine view of the Burren’s hills, and stopped off at Cassidy’s pub, which had views down to Europe’s largest turlough, or ‘disappearing lake’. Funnily enough it wasn’t there. Perhaps gone the same way as the snakes. 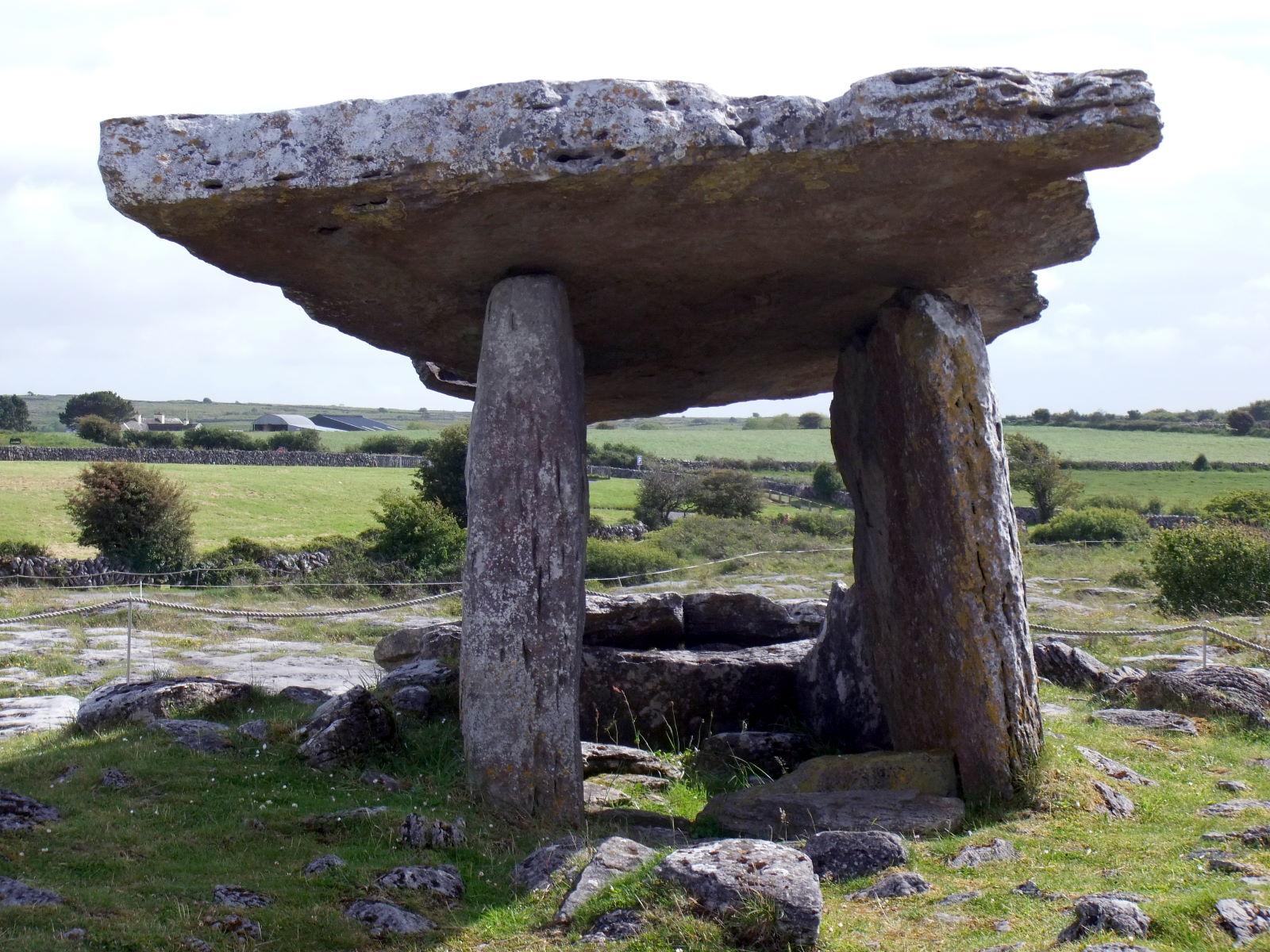 It started to rain heavily, so we had no option but to wait over a Guinness or two, which caused some temporary discord between some of the married members of the group.

En route back we visited what looked like a neolithic bus shelter (pic) – it was an old tomb entrance, apparently, so not that much different. 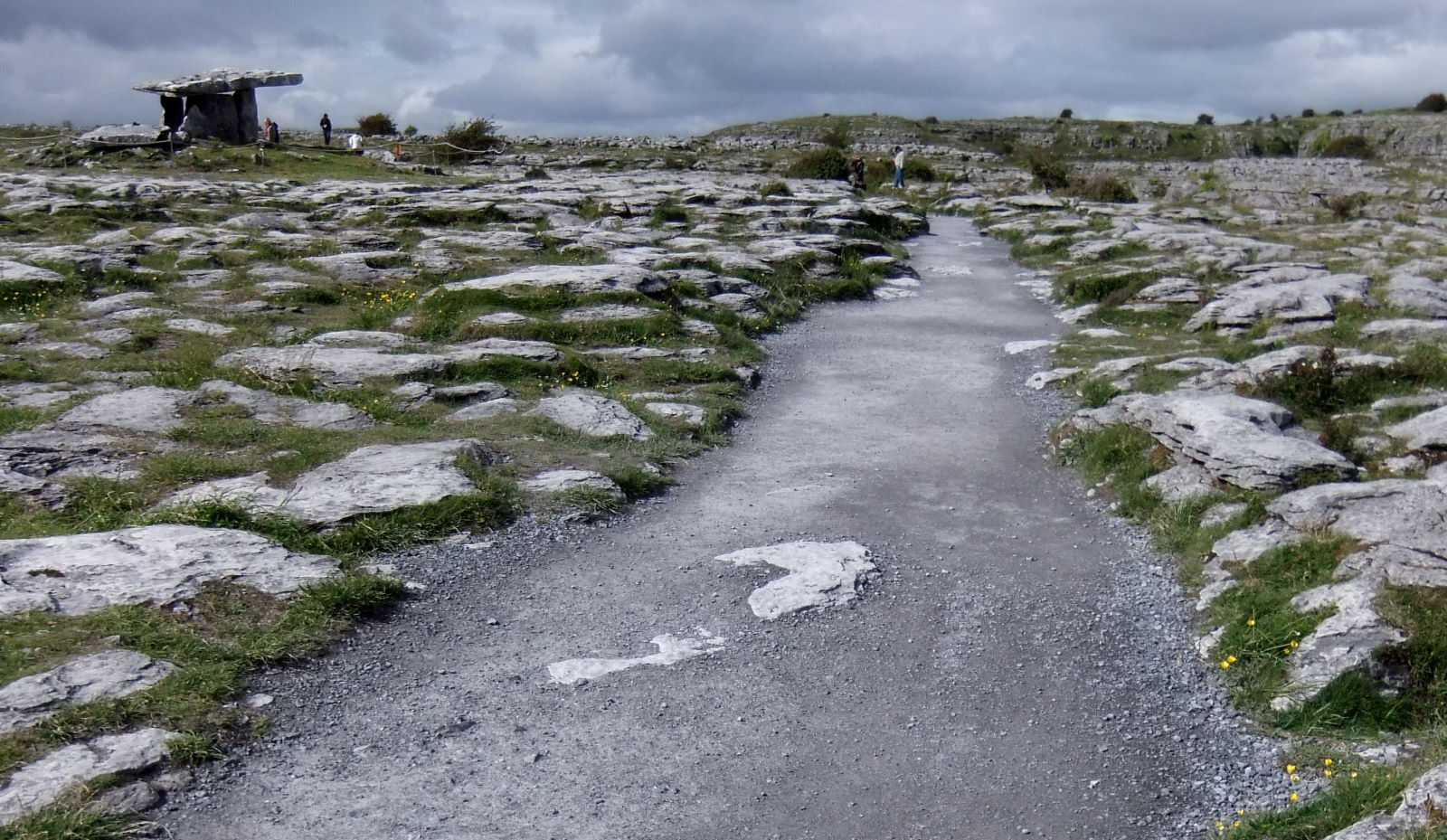 We worked our way back to the hostel along a mix of paths (pic), lanes and roads… 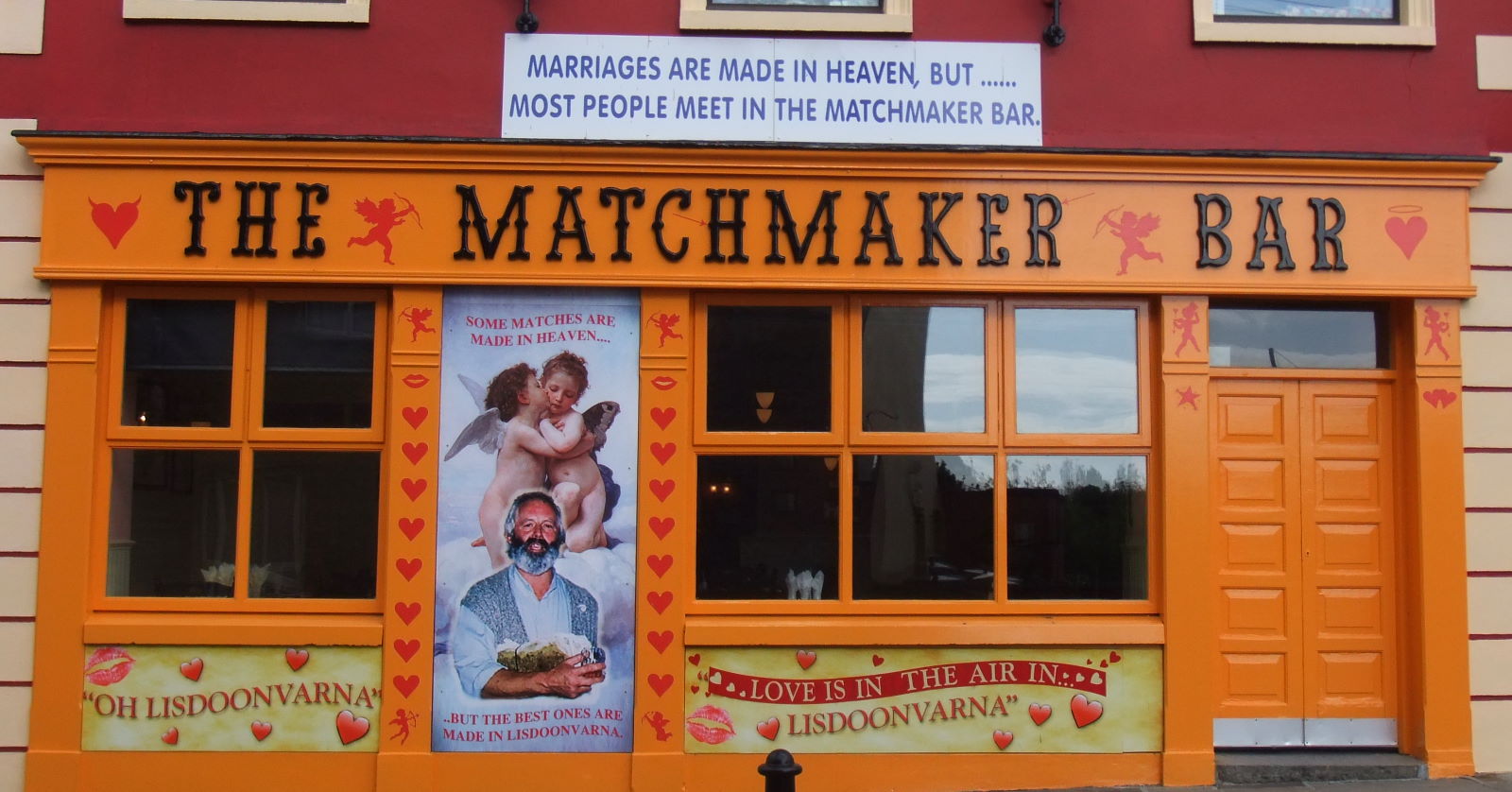 …via Lisdoonvarna, the Matchmaker capital of Ireland (pic), known for its music and popular singles festivals. Hmm; I’m not sure that having so many punters who come back every year to the matchmaking festival is a convincing recommendation.

Anyway, we got back to our hostel in Doolin with our own relationships intact, and had a fine evening matching up Guinness with our insides in the pub opposite.