While I was never far from a kiosk selling a cold refresco or ice-cold granita, water was trickier to find: I had found none in, or since, Manzanillo. It reminded me of the old gag: Save Water. Drink Your Whisky Neat.

I rolled into Bayamo around half one and stopped briefly at a park on the south side, having a couple of pork rolls at a fiesta (pic). Finding broadband in Cuba may be practically impossible, but finding parties is easy.

Bayamo is on the more exploratory tourist trails, thanks to its colonial architecture and horse-drawn taxis, and accommodation in the town centre seemed full. No problem: ask around and the obliging Cubans will find you somewhere via their friend’s cousin’s next door neighbour’s sister. Who needs broadband when you have phones and a grapevine?

My casa was brand new. In fact, still partly under construction. My pleasant ensuite room with terrace was accessed through the building site, left at the cement mixer, and right at the pile of breeze blocks that fell off the back of a lorry.

The main activity in the pedestrian centre and square was children learning to ride bikes (pic). I sipped a few fruit juices and bottled waters and enjoyed the universal family atmosphere. This was no time to be swigging beers. 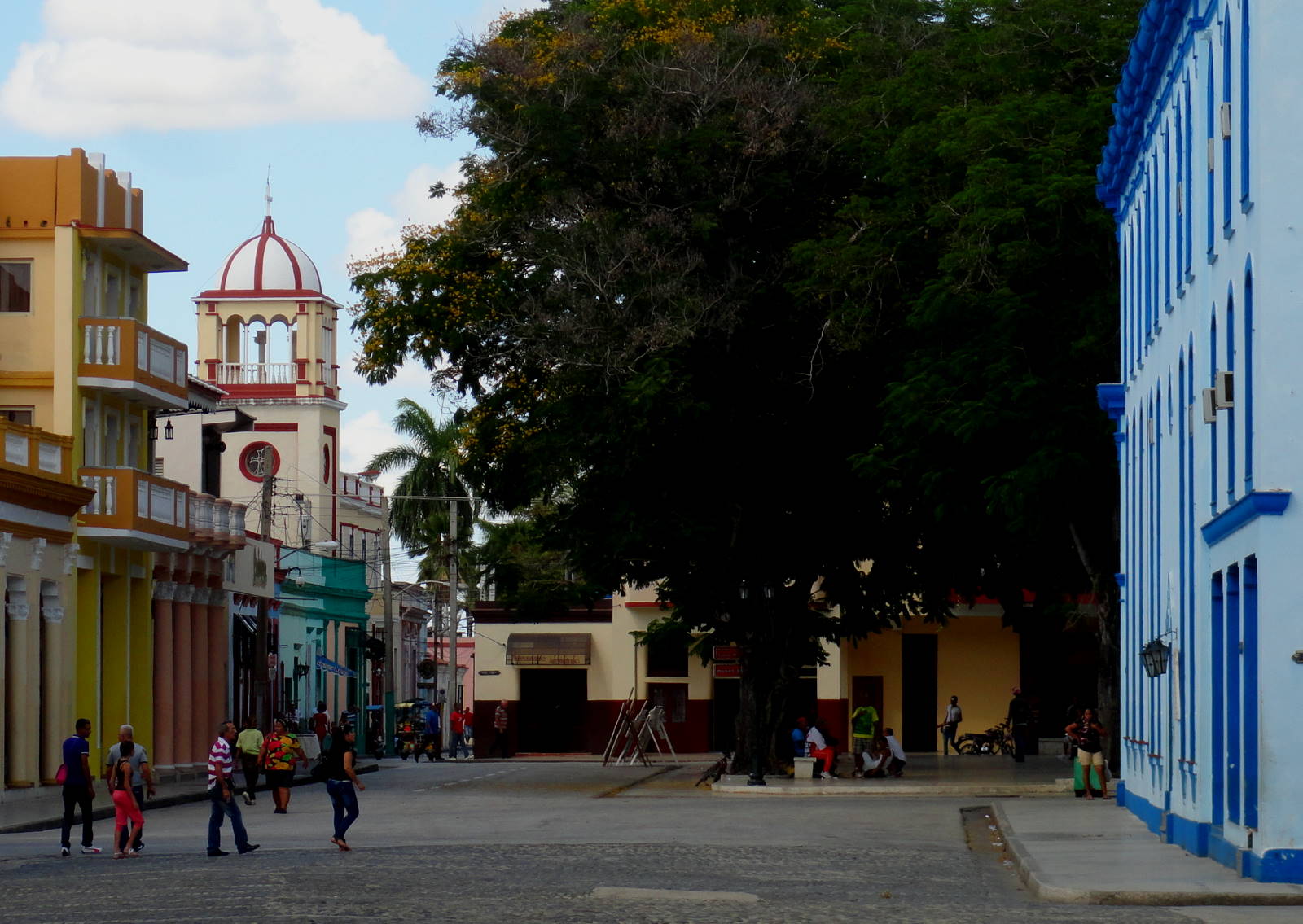 The standard of Cuban education is said to be very good; but their maths wasn’t up to much, as the bill came to a dollar more than the sum of its parts.

Ah, the old wealthy-tourist dilemma in a poor economy: should I argue the toss purely to avoid being ripped off by a mere 70p?

I’m from Yorkshire. So you can probably guess the answer.

Back at the casa, in front of the TV, I channel-hopped between Canadian baseball, a firmly left-wing political discussion, and a South American shopping station flogging household appliances. I couldn’t decide which was dullest.

So I had a couple of cans of lager from the street vendor round the corner. Most beer in Cuba, such as Bucanero, is made in chemical factories in Holguín up the road. It’s drinkable… but bland. These however came from some local brewery I’d never heard of. Note to self: avoid all non-Holguín lager from now on.