A frustrating morning of cooling my heels, twiddling my thumbs, tapping my toes and drumming my fingers. I’d given my bike to a monosyllabic mechanic who took all morning to fix my noisy bearings.

He certainly made a difference. I set off impatient at noon and found to my fury that the cracking noise they’d been making was louder than ever. At least I could be entertained by some road signs (pic). He could have had a similar sign on his shop: Bike repair (No Repair).

At Tain I couldn’t find a bike shop but found the next best thing, ie a distillery. I dropped in to Glenmorangie, with its unusually lofty chimney that evidently produces a whisky of especially lighter, airier taste. I tried a nip there, and it was thus, indeed: a dry-white-wine sort of whisky. Very nice too. Glenmor rating: Angie baby, you’re a special lady.

I picnicked overlooking a loch. It was the afternoon but I had morning rolls, a Scottish local thing apparently, and creamy light-orange Galloway cheese, following my regional-food concept. 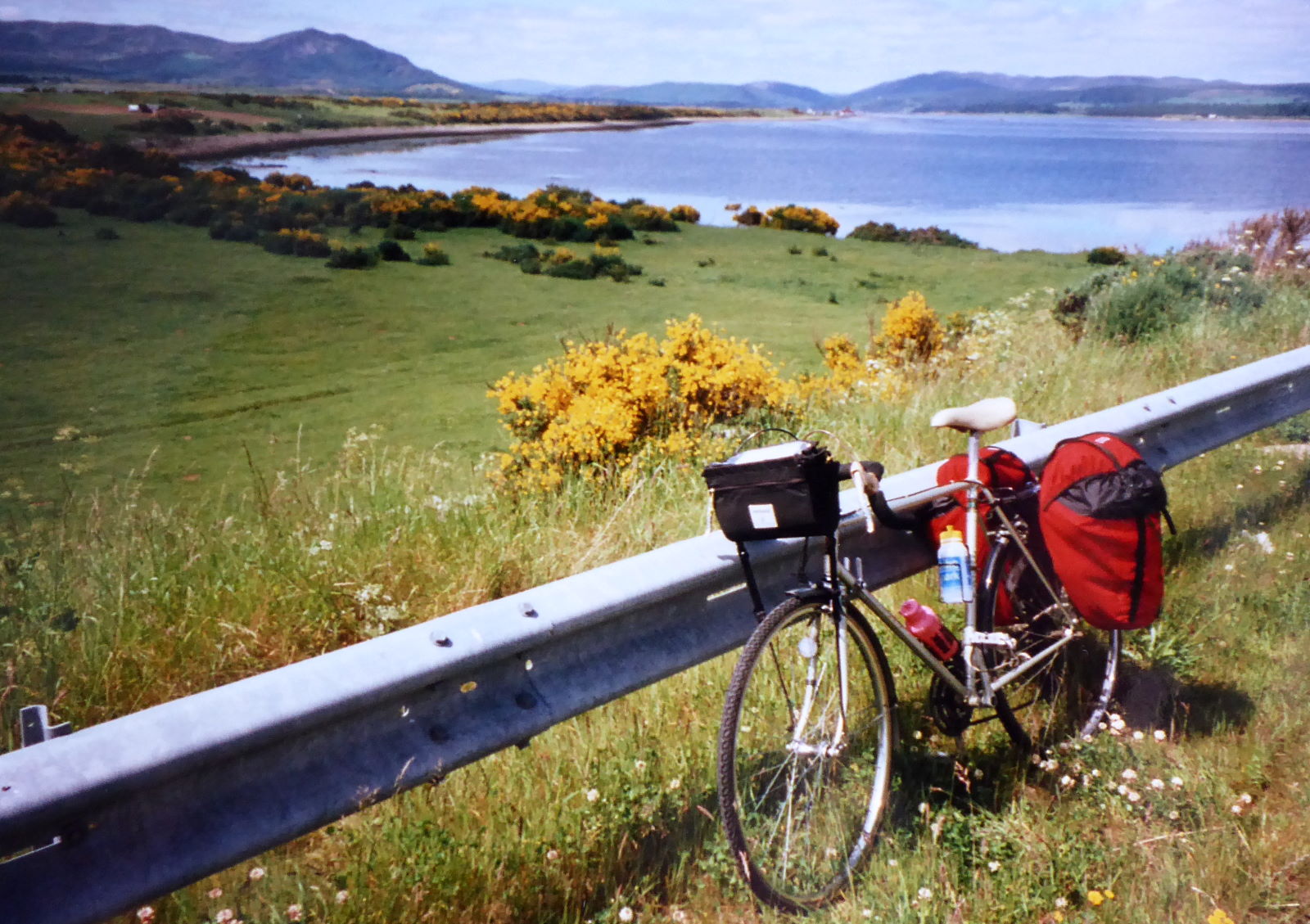 Then something extraordinary happened. The sun came out, and stayed out, for the first time since Land’s End. I crossed various firths (pic) and met a 74-year-old Scouser pushing a pram from End to End. 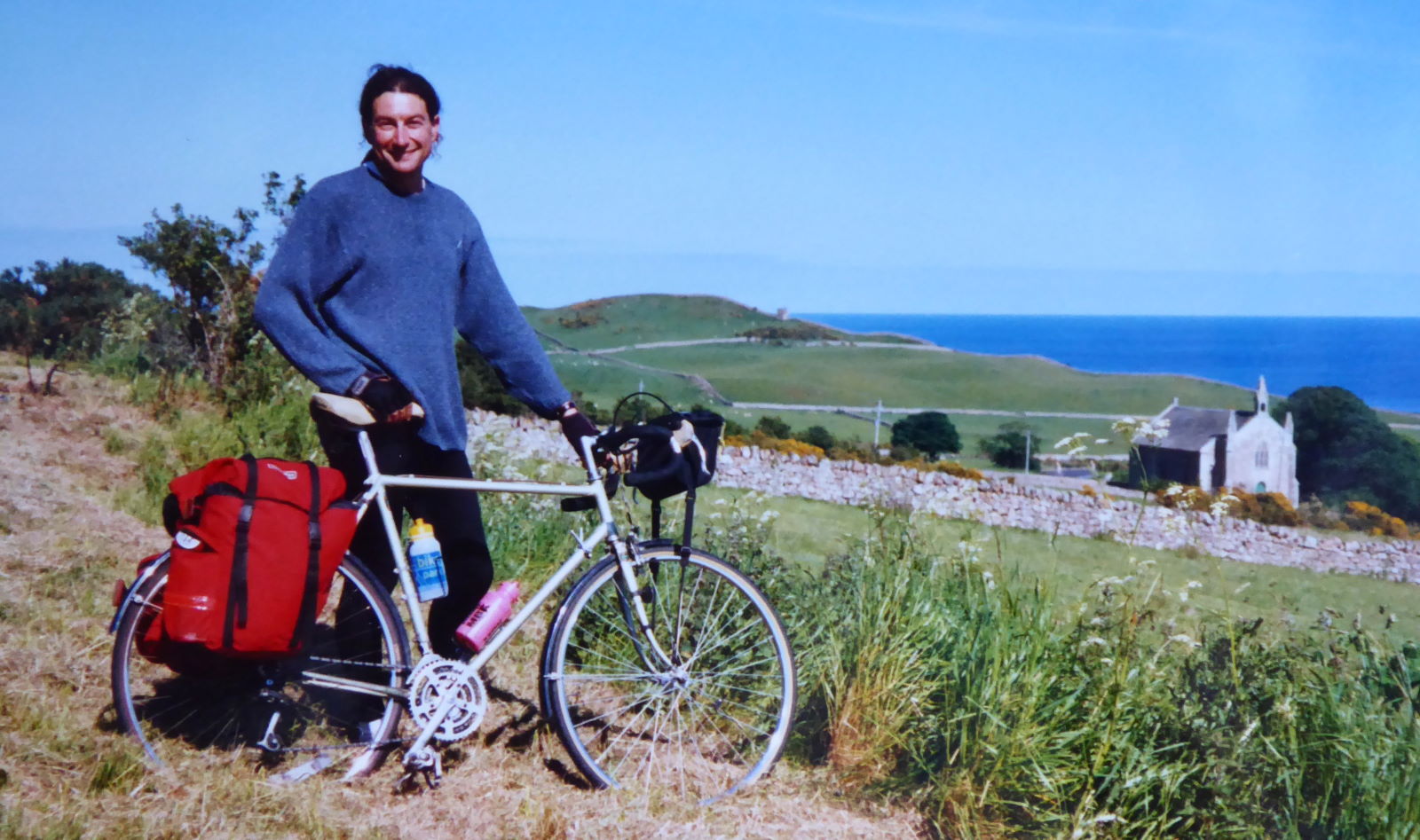 I arrived at Helmsdale (pic) feeling good. I was so close to John o’Groats now that, surely, I’d be able to get there tomorrow, notwithstanding my bottom bracket that was doing an impression of a Cuban percussion section.

Another couple of cyclists doing LEJOG were there too, and similarly relaxed and pre-jubilant. We treat ourselves to dinner in the upscale local restaurant and swopped cyclist stories.

It complimented the whisky excellently. That was a Clynelish, from the distillery in Brora a dozen miles away. Quite light, a little smoky. We toasted ourselves for our efforts so far. Pun rating: I found my girlfriend was making illicit whisky, but I love her still. 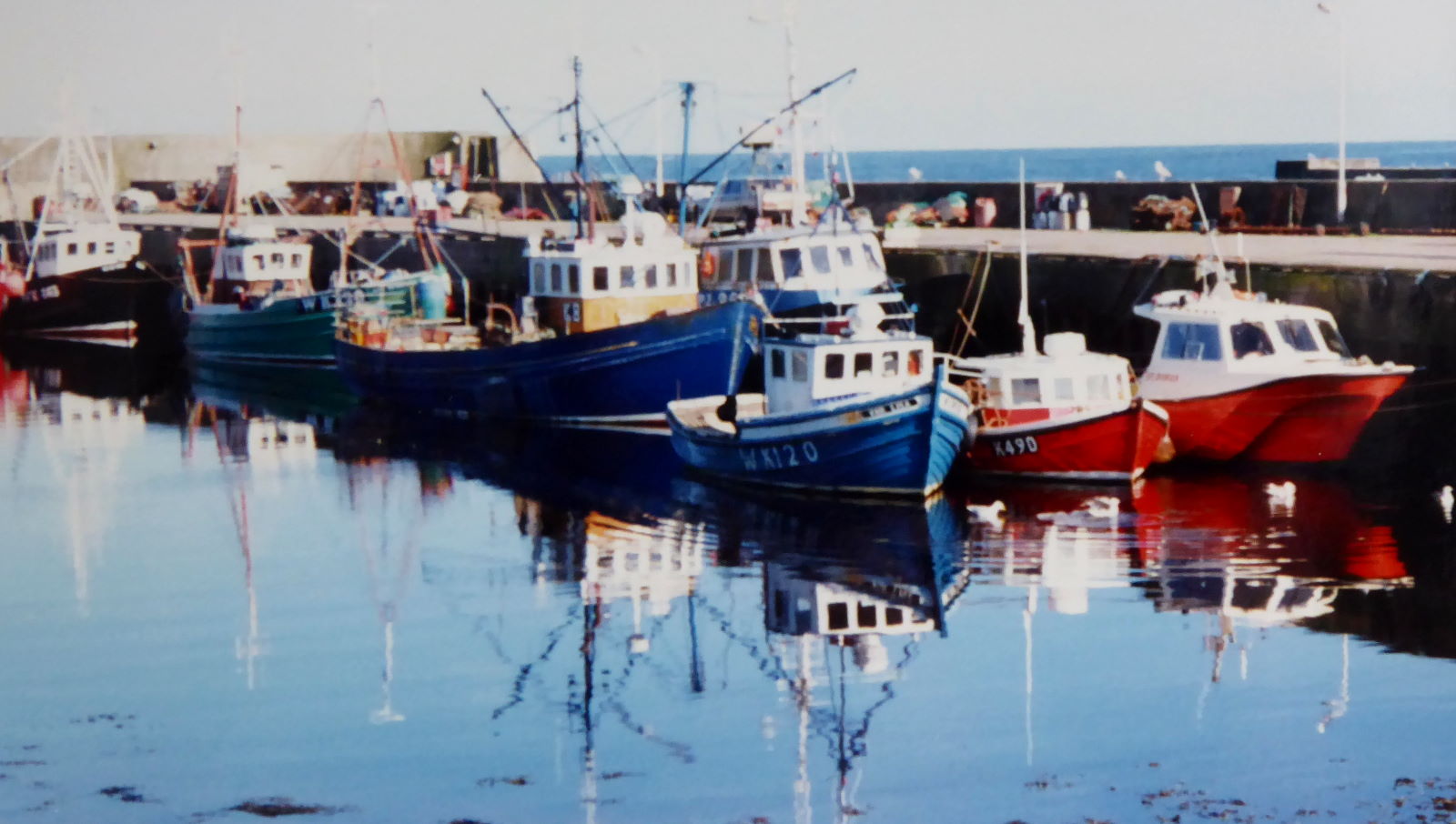 It was still bright and sunny when we strolled back to the hostel (pic), so it can’t have been a late night.

Oh. Eleven o’clock. Come to think of it, it’s late June and we’re in the far north of Scotland…