A dreary morning haul through yet more freezing cold rain and gusty winds. I was getting fed up of this. 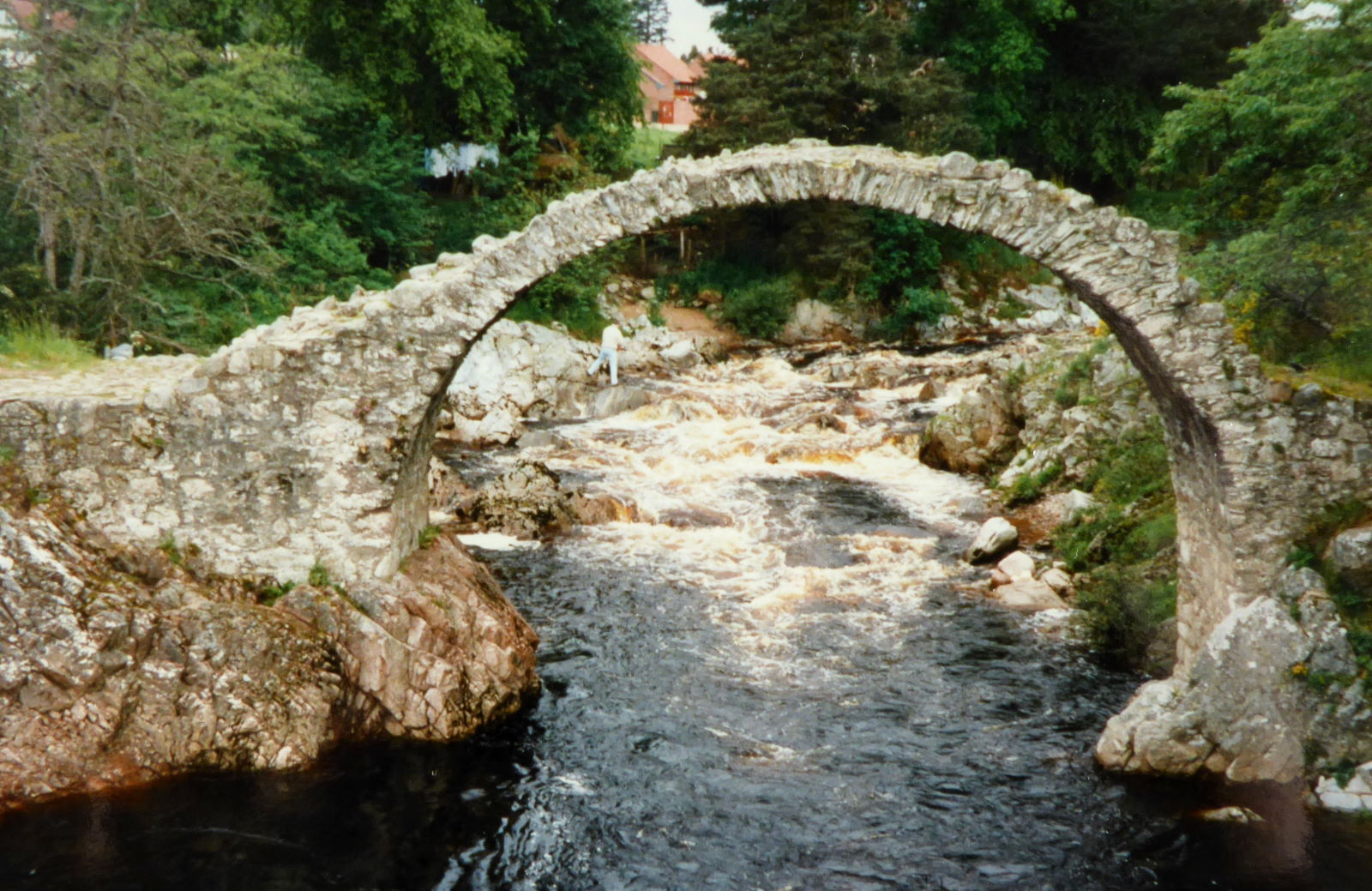 At Carrbridge I didn’t cycle over Carr Bridge (pic). I did however cycle up and over Slochd Summit, not that I could tell in the thick cloud and mist. 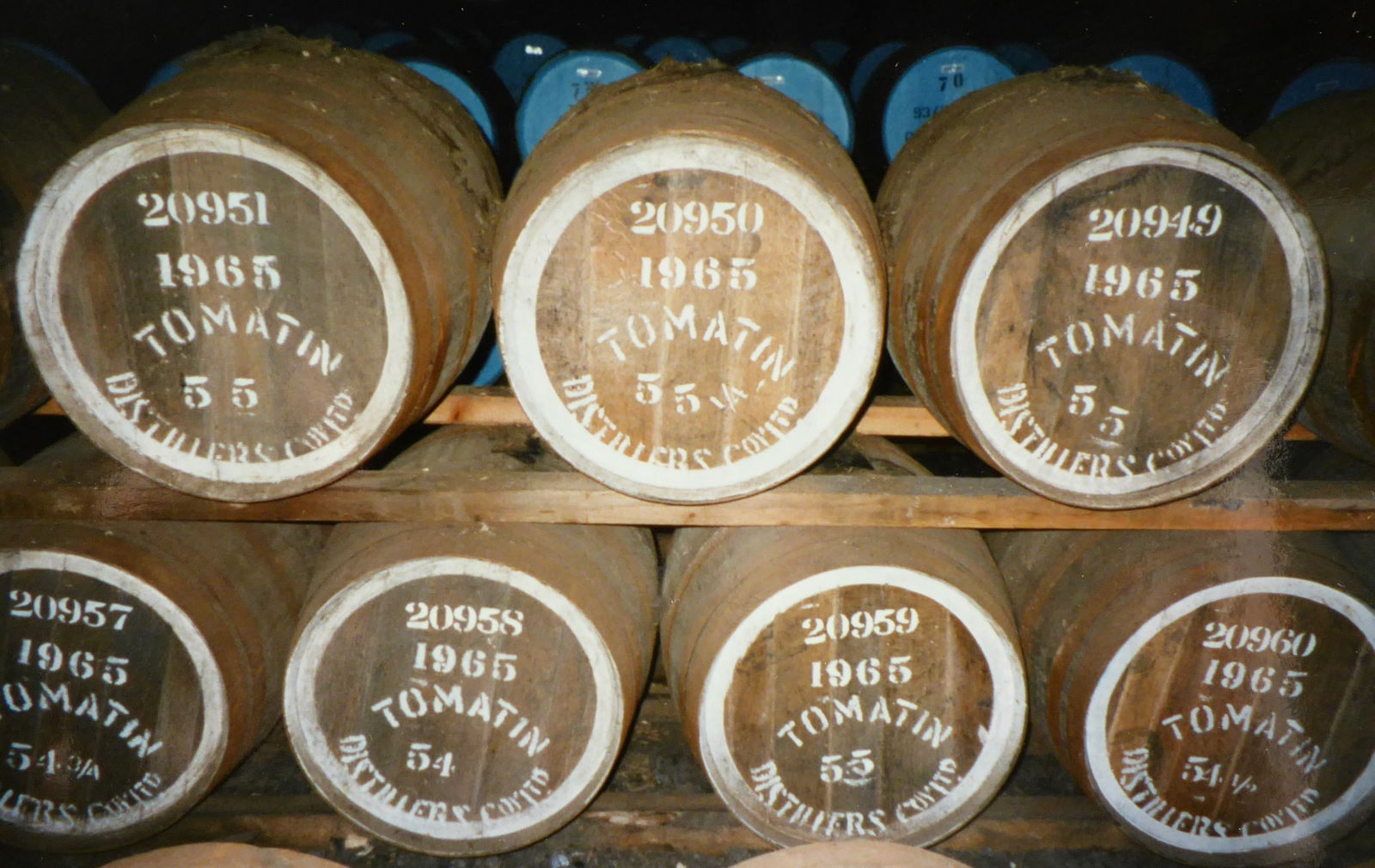 At Tomatin (you say Tomartin, I say Tomaytin, let’s call the whole thing off) I took a distillery tour (pic), abiding by my principle of investigating local food and drink.

Because of the recent drought (what, drought, when it’s been pouring with rain for the last 18 days?) there was only a cut-down version of the tour.

However, while our friendly guide Helen curtailed the description of malting and vats and retorts, she retained the full dram-tasting programme, so we were all happy.

On hearing of my cycle trip she also gave me a free pair of miniatures of 10yo single malt, which I thought would make a nice celebration treat at John o’Groats. 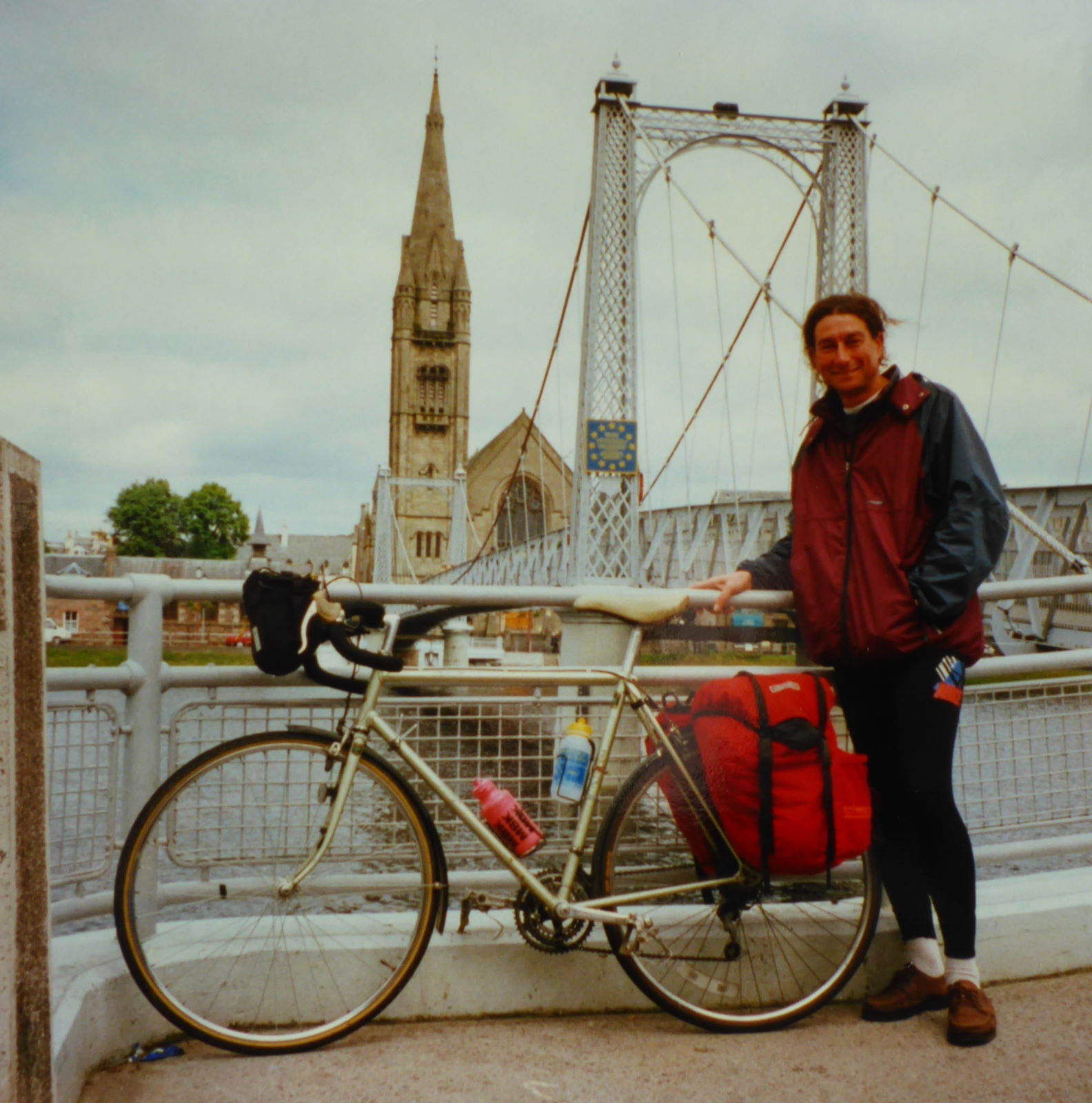 At Inverness (pic) I explored my Scottish heritage. I’m really half-English, half-Scottish: my mother’s lot, the Robertsons, are from Wick. (Her dad reckoned he was a lost heir to the Robertson’s Jam fortune, which seemed unlikely, as that’s made in Dundee.) Though our ancestry is very uncertain, and mum thinks I might be half-Irish as well. So I visited the town’s Clan Centre, but found nothing relevant; it seemed the Robertsons had no notable history of involvement in clan wars. Given what my mother’ lot were like, that was a bit surprising.

It seemed I’d be out of luck at the Balnain Museum of Highland Music, too. It was closed, with a note saying it would reopen in the summer. Fair enough, I suppose. It was only 23 June, and it was cold and wet and horrible.

However, on hearing of my cycle trip, the friendly office lady called up one of the museum guys. He very kindly came round to open up the museum, and give me a personal, free, tour.

Before I went I knew nothing about piobaireachd or canntaireachd, and couldn’t have told a strathspey from a reel.

After the fascinating session with an expert here, and having listened to many illuminating musical extracts, I still couldn’t.

Lunch was overdue, and at a pub called Number 27 I sat out more showers eating a home-cooked lunch, watching Wimbledon on the telly, and enjoying a real ale.

The beer was Tomintoul Stag. The village of Tomintoul was the setting for a notorious fraud that came to light in 1994. A Scottish lord had pumped money into the local economy, revitalising its whisky production. He turned out to be a senior accountant at Scotland Yard called Tony Williams who had bought his title, and the distillery, with money swindled from a police fund for undercover operations. At his trial he tried to influence the judge with some Masonic signs, to no avail: he was sent to prison.

Anyway, the beer was very nice: woody and firm but light, like rich pine. Embezzlement rating: £4m unaccounted for and an unexplained yacht in the marina. 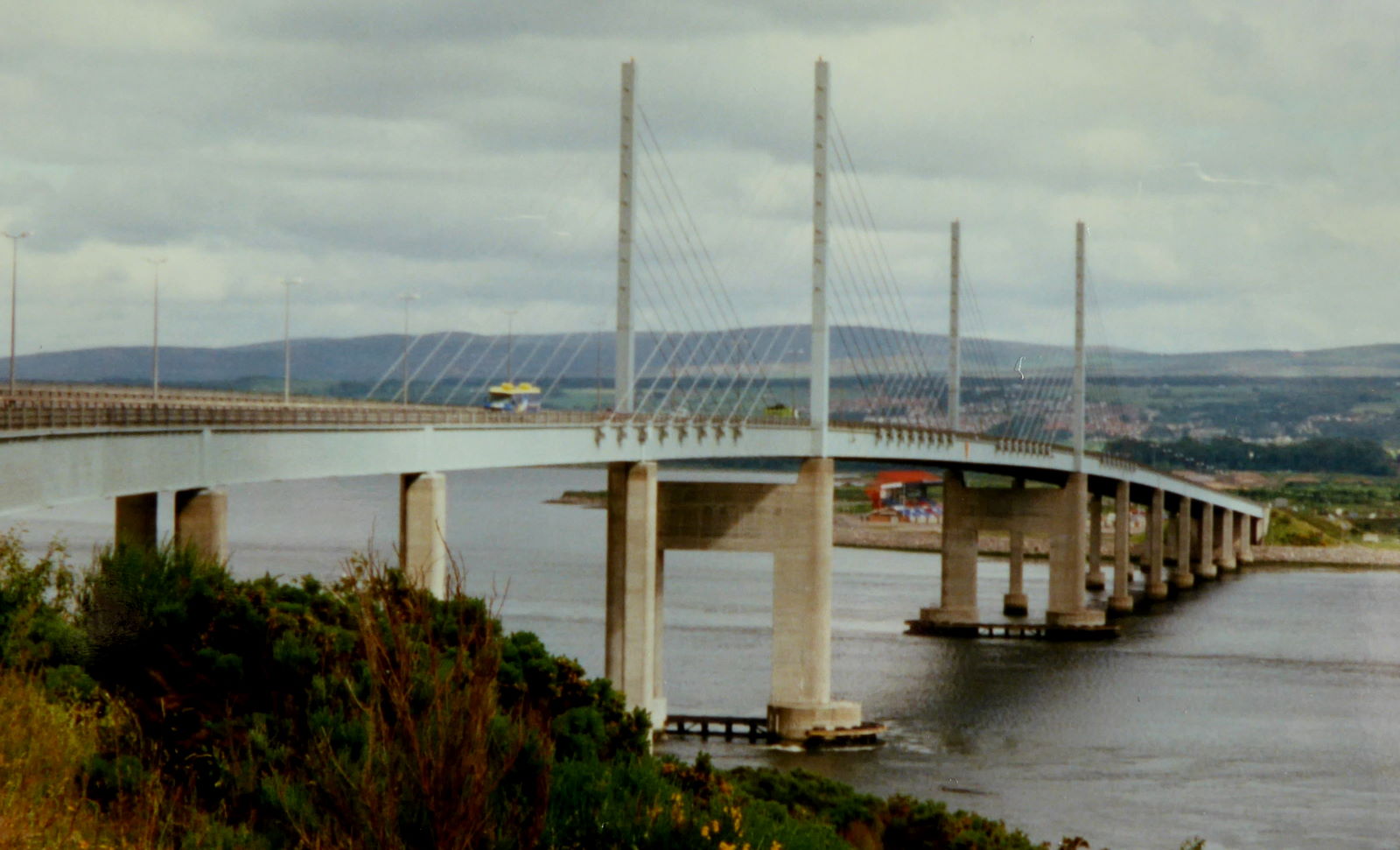 I crossed the rather awesome Kessock Bridge (pic). Now that the wind was dropping and the rain easing up a little, I could hear birdsong again.

And, oh, a clanking from my bottom bracket.

Jeopardy! Would I be thwarted by a mechanical just a hundred miles from JoG? I spent the rest of the day fretting about it.

I hacked across the Cromarty Firth to Invergordon, where I found a b&b.

The scenery was drab and estuarial, low-slung and foggy palette of greys, greens and browns. Very reminiscent of the Humber, in fact. When my mother’s family left northwest Scotland for Hull all those years ago, I wondered what their motivation was. I hope it wasn’t for a change of scene. They’d have been disappointed. On the other hand, maybe they just couldn’t stand another summer here.