Yorkshire reckons it’s got the best of everything. All the stuff that counts anyway. France may do better philosophy, Germany engineering, and the Philippines know how to do nail bars. But for the best cricket, the best beer, the best scenery, the best people… well, it’s got to be the broad acres. (There are famously more acres in Yorkshire than words in the Bible, but not as many square miles as there are words in PayPal’s T&C agreement.) 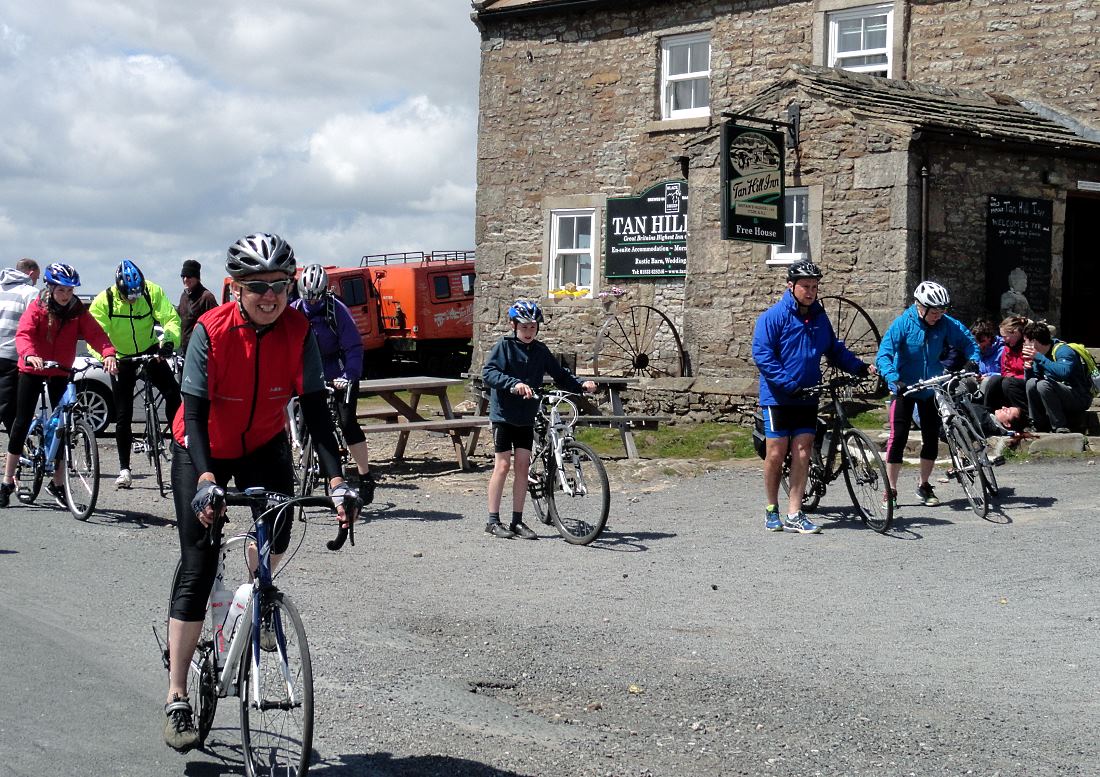 As proof of Yorkshire’s primacy in all things significant, such as licensed premises, we have officially got the UK’s top pub. The Tan Hill Inn, up in the county’s mountainous northwestern fringes, is 1732ft (528m) above sea level. I cycled there today with several friends (pic) as part of a camping weekend. We’d gone for some fresh air, and certainly got it, mostly as a Gale Force 7. Fortunately it didn’t take long to retrieve our tents from the neighbouring farmer’s field.

We were based in Swaledale (pic), probably the best Yorkshire Dale, and therefore the world’s. Who needs philosophically engineered nail bars anyway, when you can have a pint of Black Sheep in a pub that can legitimately feature in one of its own quizzes? 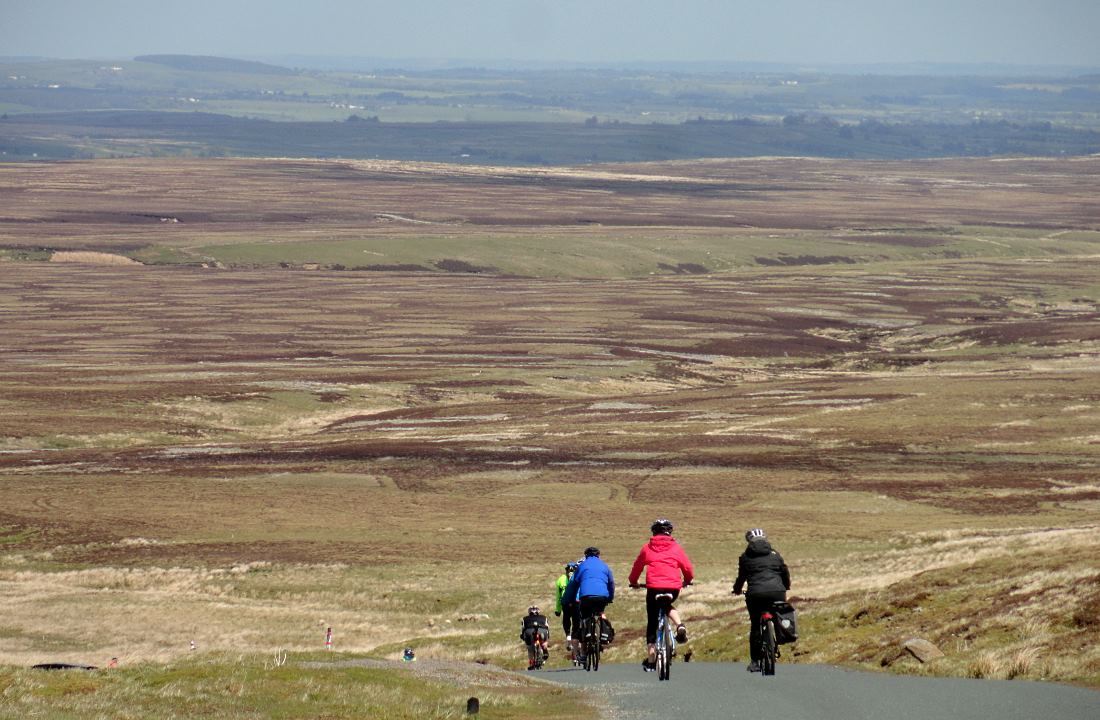 This is what you see (pic) as you cycle away from the pub eastwards towards Reeth. The Tan Hill Inn is remote: it’s the only inhabited building for miles, up on a bleak moortop on the edge of the historic Yorkshire boundary, and getting stranded here is a real possibility in winter.

Whether this counts as a strength, weakness, opportunity or threat, in the words of the old marketing-brainstorm SWOT analysis, depends on your character type. Presumably the revellers seeing in New Year 2009/2010 who were stuck for three days by heavy snow saw it as an opportunity. 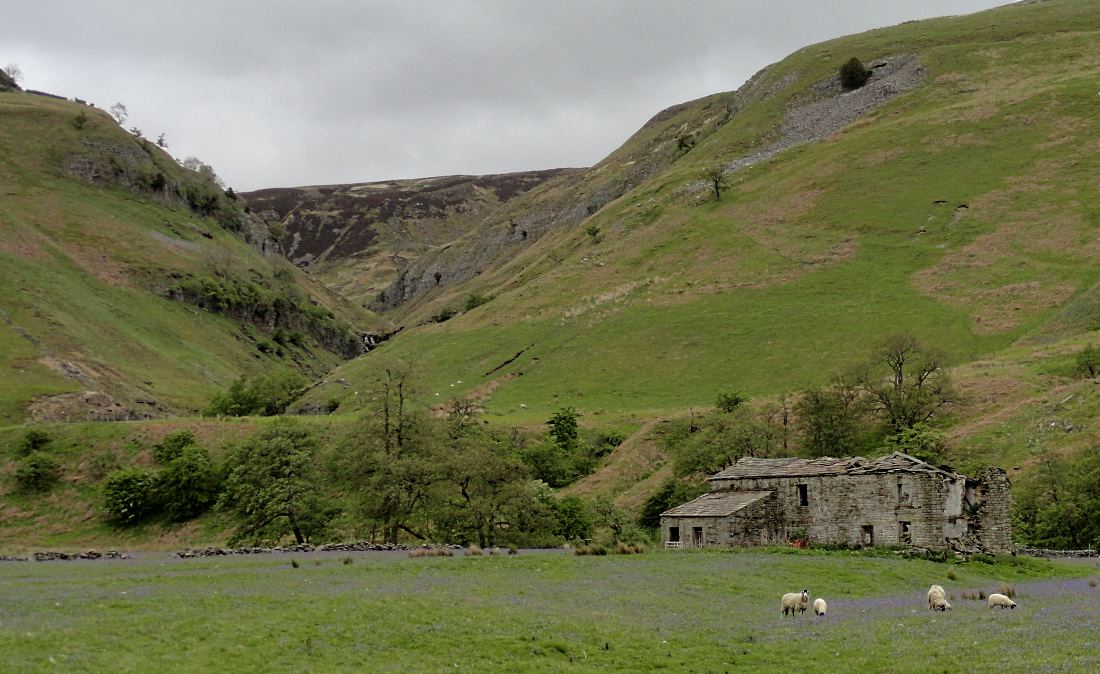 No bad weather for us, sadly. Though the previous day, the high winds had persuaded us to forgo a cycle ride and go walking along the fjordlike valleys instead, dotted with farm buildings that estate agents would describe as ‘having bags of character and lots of potential’, ie derelict (pic).

Such wild weather is a matter of pride for Yorkshire folk. Unreliability, especially, is revered. ‘Round here,’ they’ll tell you, ‘the weather can change just… (click of fingers)… like that.’ Then they’ll tell you that there are microclimates, and that it can be raining in the next valley but ‘bright sunshine’ here. 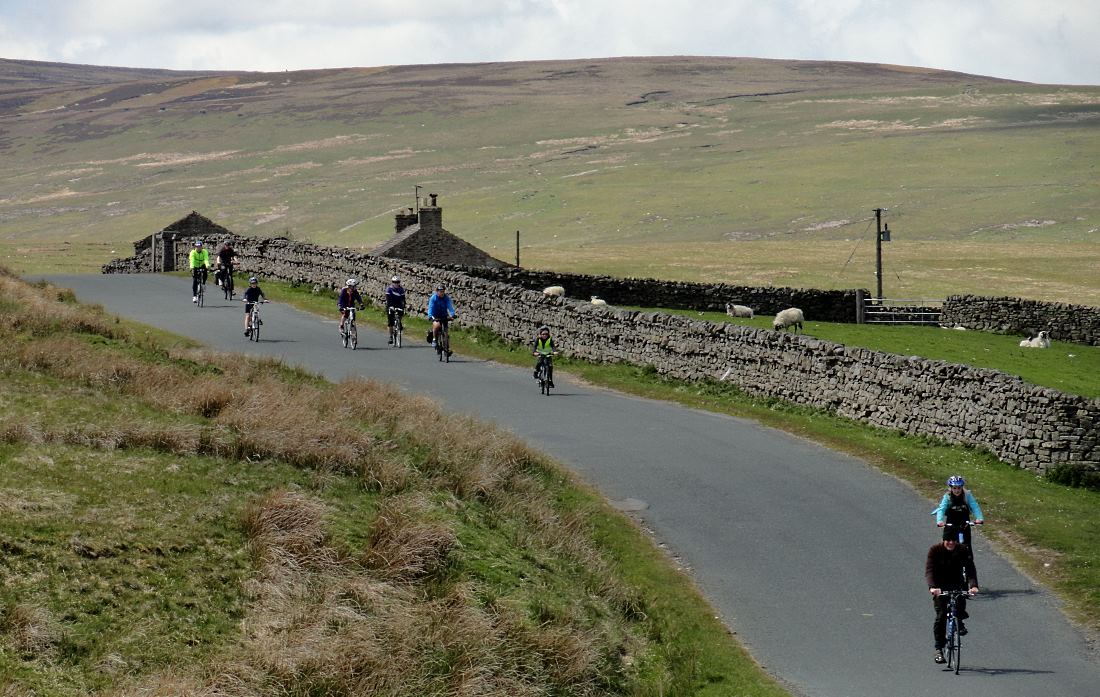 We drank responsibly. (I had half a Black Sheep.) It was, after all, a long fast descent (pic) from the Inn down to Reeth, and while we all wanted to encounter the scenery, we didn’t want to encounter it head-first. And we had a campfire barbecue to look forward to that evening, at which we may not have drunk quite as responsibly. 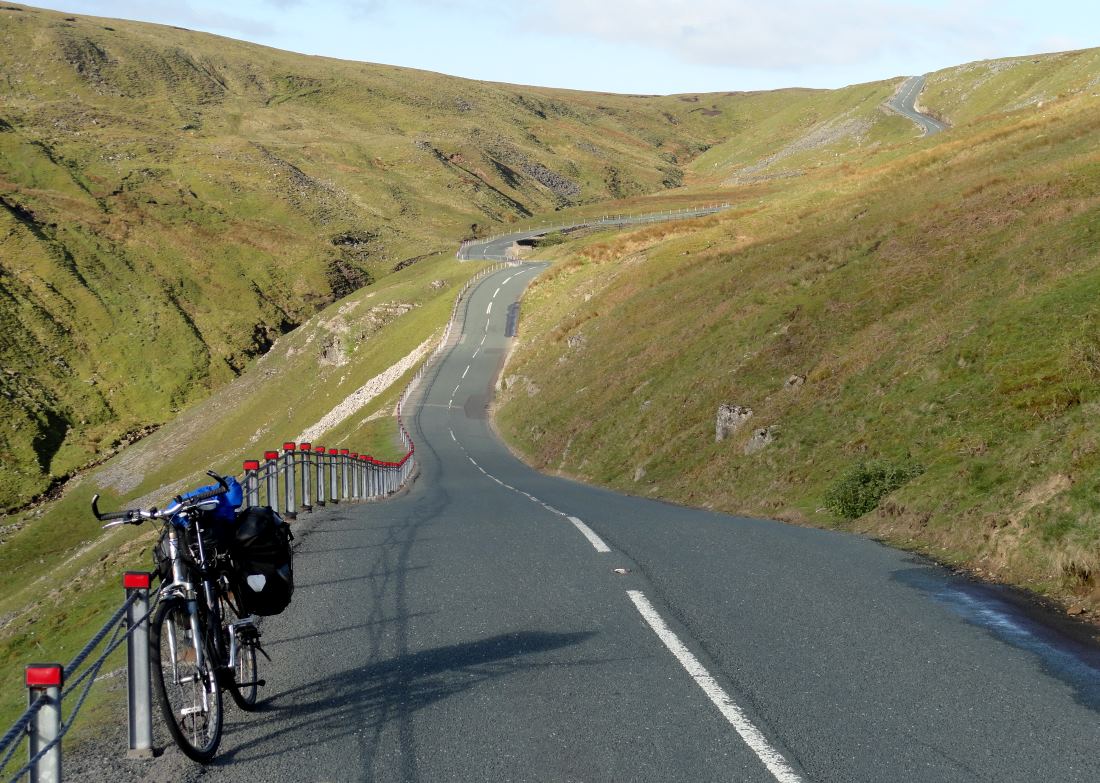 After our very convivial weekend, I cycled to the nearest train station – Garsdale – via Buttertubs Pass (pic), one of the Dales’ iconic climbs. It’s a long way up – indeed, it featured in Stage 1 of the 2014 Tour de France, which, having set off in Yorkshire for its first two days, was by definition the best Tour de France ever. And yet, even with a summit at 1726 ft (526m), Buttertubs doesn’t reach quite as high as Tan Hill Inn.

The nearest challenger to the Tan Hill Inn’s vertical supremacy, the Cat and Fiddle Inn on the Derbyshire-Cheshire border, is at 1690ft – definitely second place, despite a former CaF landlord trying to fiddle the figures to make it higher. [The CaF closed in December 2015, and as at Jun 2017 had not yet reopened.]

There are other pub record breakers of course, and I’ve cycled to many of them. Britain’s smallest, The Signal Box Inn in Cleethorpes; Britain’s oldest, Ye Olde Trip to Jerusalem in Nottingham; and Britain’s longest bar, the 198-foot counter at the French Bar, Butlin’s, Filey – though this was in 1968 (the resort was demolished in the 1980s), and I was on a bike with stabilisers, not because I was wobbling home but because I was too young to drink.

But these clearly aren’t quite as significant. Because when it comes to pubs, Yorkshire is the top.