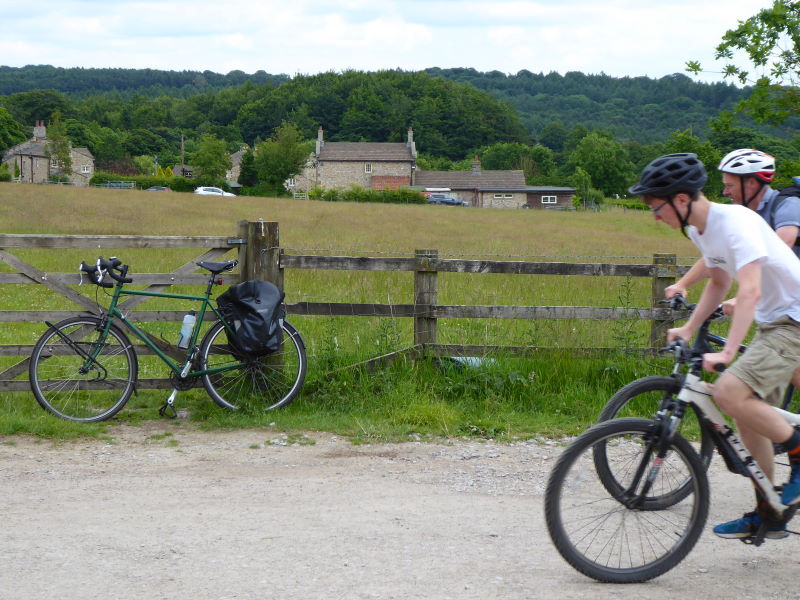 Of all 57 Yorkshire dales, Emmerdale is the best-known. Which is remarkable, as it doesn’t exist.

Emmerdale is, of course, fictional: the creation of the long-running TV soap which, from the first episodes in 1972 to 1989, was known as Emmerdale Farm. Which, confusingly, was set in the equally fictional Beckindale, though this was renamed in 1994 to Emmerdale.

It started as a tale of everyday farming, but soon morphed into a more modern, cosmopolitan narrative, with more disasters in one tiny Yorkshire dale in a generation than most large cities have in a lifetime. Since 1993 it has seen a plane crash, bus crash, helicopter crash, motorway pile-up, lightning strike on the pub, flood of the pub, and showhome fire.

The chopper incident amused the Radio Times: “Possibly the most inventive of all Emmerdale’s stunts, this epic chain of events was kicked off by Chrissie blowing up cheating husband Robert’s car which sent fire debris into the air in the path of a helicopter, which then crashed into the village hall where Debbie and Pete’s wedding was taking place, the resulting ’copter blast tearing into the fairground erected on the green and memorably trapping Val in a hall of mirrors where she was eventually stabbed by a falling shard of glass. This was all in one episode. Seriously.”

Anyway, Emmerdale (Farm)’s early episodes were shot in Littondale, a quiet valley off Wharfedale, and all lovely cycling country. Its hotel, The Falcon, served as the ‘Woolpack Inn’. In 1976 filming moved to the nearby village of Esholt, but as the profile of the series grew through the 1990s the use of a real village became impractical.

So a life-size replica of Esholt – church and all – was built in the grounds of Harewood House, a rather splendid stately home just north of Leeds. It has been used for filming, pretty much every weekday, since 1997. Bridleways run through the grounds and form a very pleasant bike ride, though the tracks are chalky and a bit bumpy and require a sturdy bike.

You can’t get very close to the replica village; the best glimpses are from the north-south bridleway running past what’s marked on the OS map as Stub House Farm, but is ‘Holdgate Farm’ for the telly.

I’m not in the least bit interested in soaps, though I am interested in curious non-existent villages, of which this is a fine example.

And the ride through Harewood’s grounds is very rewarding: having visited Britain’s oldest pub, in nearby Bardsey, I came in from Wike village, through the east gate, enjoying sweeping views of Capability Brown’s landscaping, the majestic south facade of the House, and a lot of cow’s bums. (It was feeding time.)

In normal times they run guided tours at weekends, so you can visit the set and the pretend village. Not today; I had to make do with a chat to the friendly security guard, who was more interested in telling me anecdotes from his semi-pro cricket career than television serial drama. (Players today are apparently not a patch on players in his day, apparently.)

I was most delighted by the make-believe road sign viewable from the bridleway – something slightly unconvincing about the numerals, but they’ve correctly used the Transport typeface.

But I was happy to carry on, scooting down the bridleway and past the western edge of the lake, and down the slope with a fine view of Lower Wharfedale. I got the train from Weeton back home.

Which reminds me: Emmerdale, of course, also had a train disaster. In 2010, ‘Jackson Walsh’s’ crashed car was hit by a train, leaving him paralysed from the neck down.

So by all means visit Yorkshire’s most famous, if non-existent, dale. Just watch your step. It’s a dangerous place, you know.