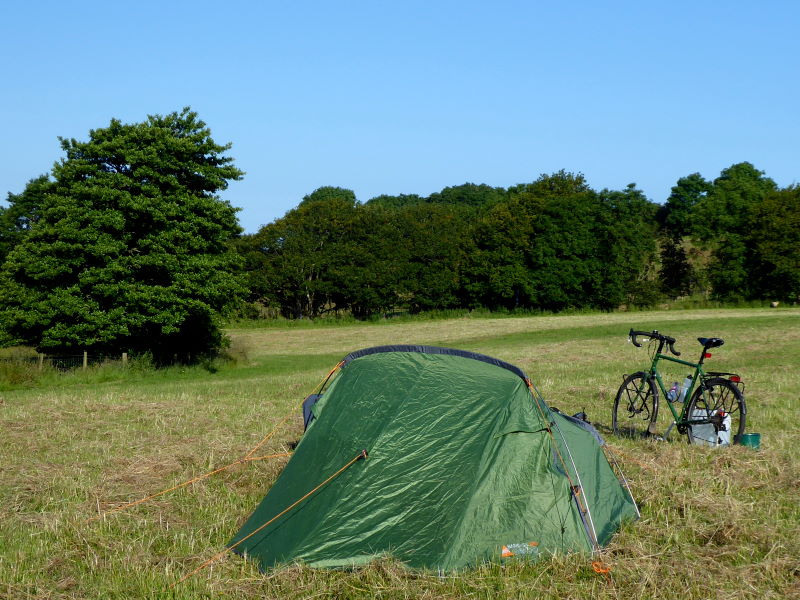 With international travel tricky, I’m doing Geneva to Florence, for a possible magazine article. Not from Switzerland to Italy via the Alps, though: it’s from Carmarthen to the Potteries via mid-Wales mountains. Which means some spectacular passes, at least.

But it’s marked on the OS map, right there in West Wales, in the middle of not very much. Oakford is the nearest village, Aberaeron the nearest town, and Lampeter the nearest place most of us will have heard of.

To get there I took a train to Carmarthen and started cycling north. Two ladies out on their road bikes got chatting to me and, as was to happen many times in the subsequent few days, invited me for a cup of tea: people really are friendly out here.

I plugged north through hilly back country, through places such as Llanpumsaint and Llandysul. If all you can remember about a village is that it’s llan-something, it doesn’t narrow things down much: the UK gazetter lists 703 settlements, 328 parishes and 115 geographical features beginning thus. (It’s the equivalent of ‘St’ in English place names.)

Geneva is too small to have a lake or any historic centre. It’s basically a house on a little country lane. But it had some friendly-looking decor, and I was happy to start yet another of my essentially arbitrary point-to-point rides across a beautiful part of Britain I’d not quite explored before.

And just a mile or two away, in Oakford, was Nantgwynfynydd, a cracker of a farm campsite: basic but friendly, with a good shower and tranquil, lush fields, and owner Jane, who was what Airbnb would call a superhost. We put the world to rights over spag bol and a glass of Shiraz.

So, nothing particularly Swiss about this Geneva. No cuckoo clocks, no hideously expensive fondue cheese, no secret bank accounts for international plunder. And rolling sheepy countryside rather than sharp mountains. But it was delightfully peaceful. That, at least, was appropriate.

e2e.bike > Other > Route research > Geneva to Florence 1: Carmarthen to Geneva