Day 2 of the seventh of my Yorkshire Compass Rides involved some worm-themed naive art, a pervasive smell of kerosene, and rain. Lots. 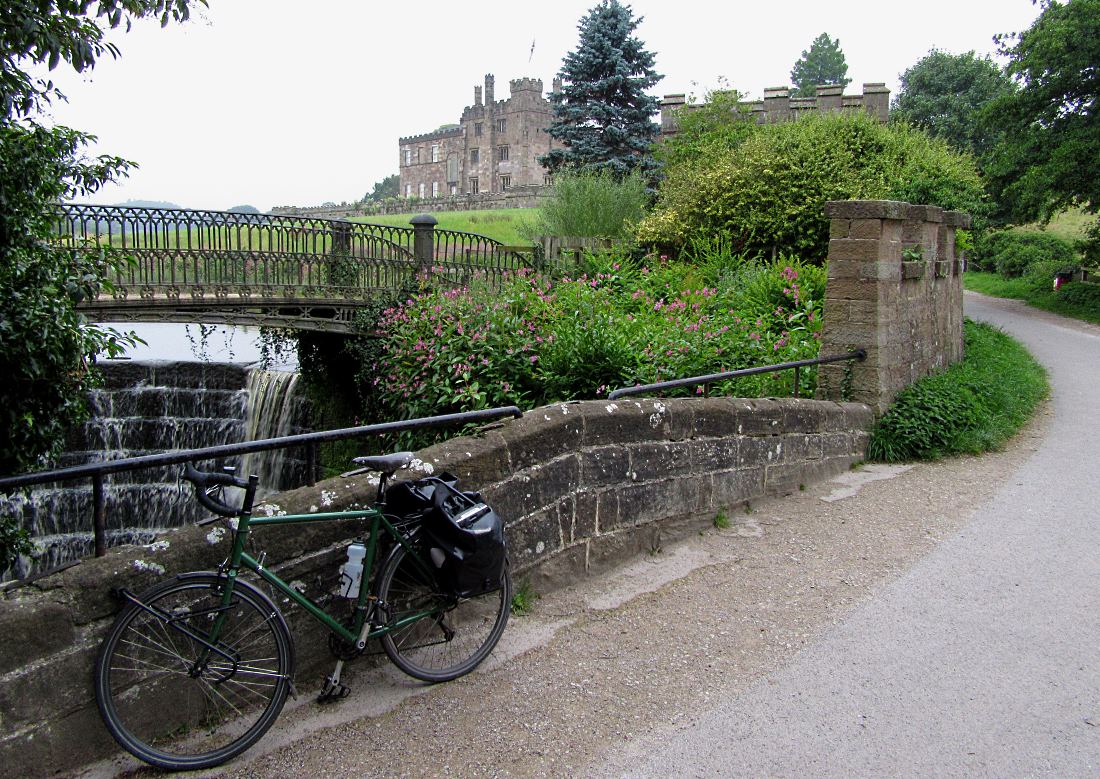 The weather forecast could be summed up in one four-letter word, though ‘rain’ is probably a politer one. I set off early to make the most of the dry morning, heading up the lovely railtrail to the charming village of Ripley with its castle (pic). Tea would have been nice, but it was too early for the teashops to be open, thus saving me about ten quid. 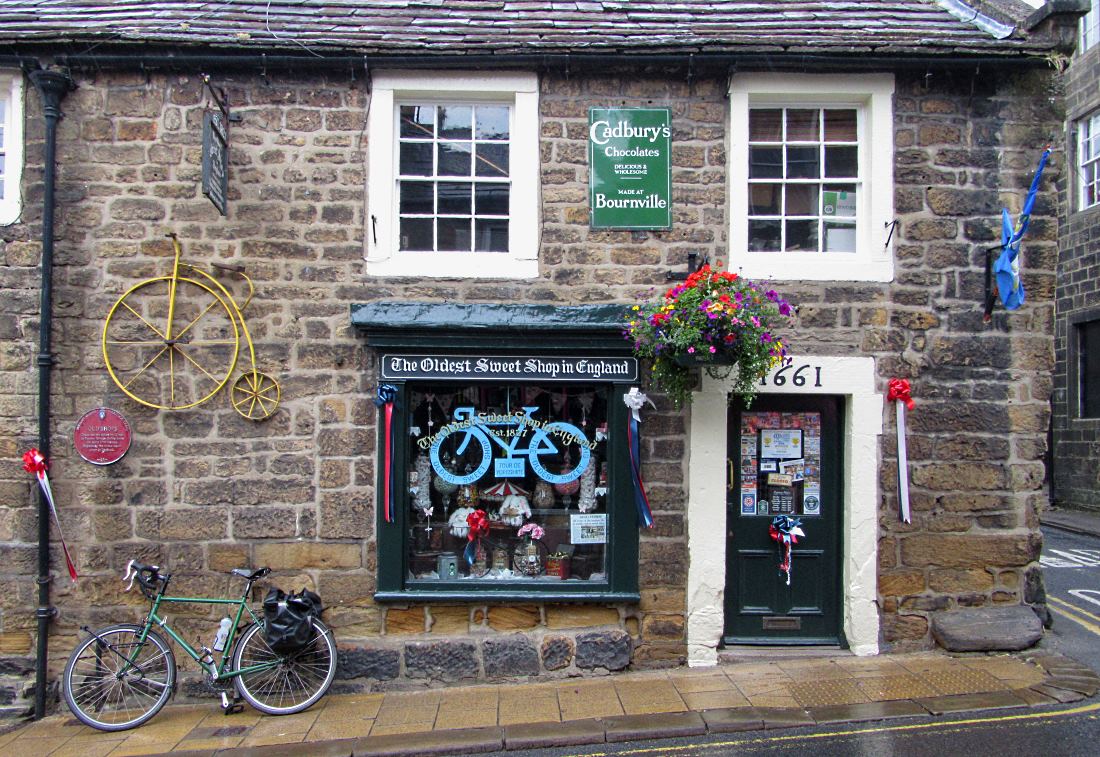 It was still way pre-opening-time when got to Pateley Bridge, proud home of Britain’s oldest sweatshop. Oh, sorry, ‘sweetshop’ (pic). I breakfasted in a bus shelter, psyching myself up for the 300m climb up Greenhow Hill into a stiff headwind and the increasingly heavy drizzle. All the cows were sat firmly down. Being a bovine meteorologist today was an entirely sedentary occupation. 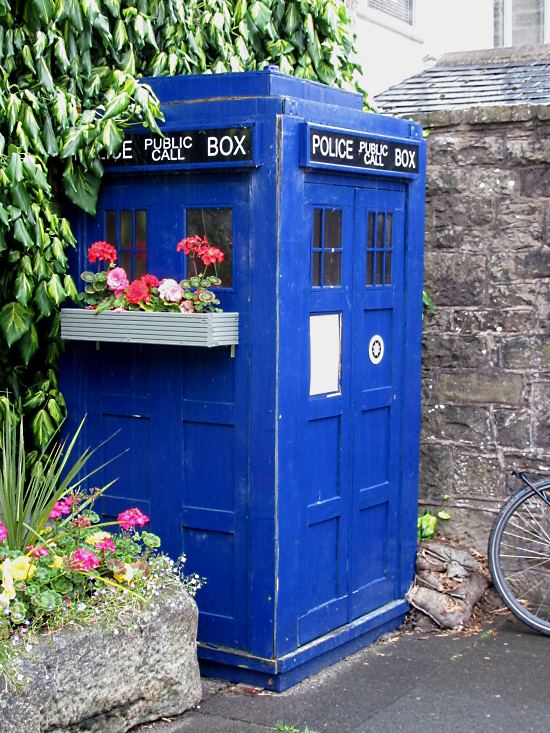 Lacking waterproof socks, I recycled the breakfast plastic bags as such. I can report that the Sainsbury’s bag failed and let in water after two hours, but the Co-op bag lasted five before inundating.

It was so wet, even Dr Who had given up travel for the day (pic). 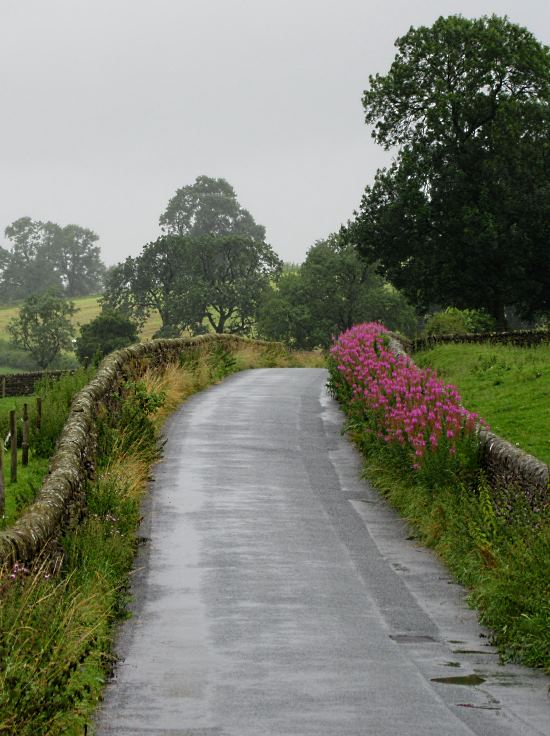 Miserable weather, then, but still an enjoyable ride in its own curious way, through hill-country villages, farms and market towns, along quiet narrow back roads (pic).

At a cafe in Cracoe I met several cycle-tourists doing the Way of Roses (west to east, the opposite way to me) and we swopped lively traveller’s tales over the sound of dripping clothes. 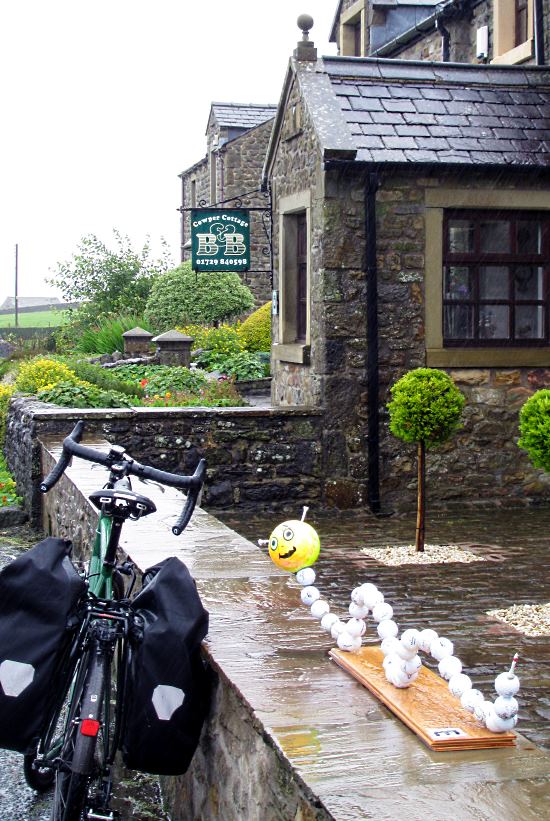 In one village I was charmed by the homespun worm-related artworks that adorned most of the houses (pic).

Why the nematode theme? Something to do with the name of the village, perhaps – Wigglesworth…? 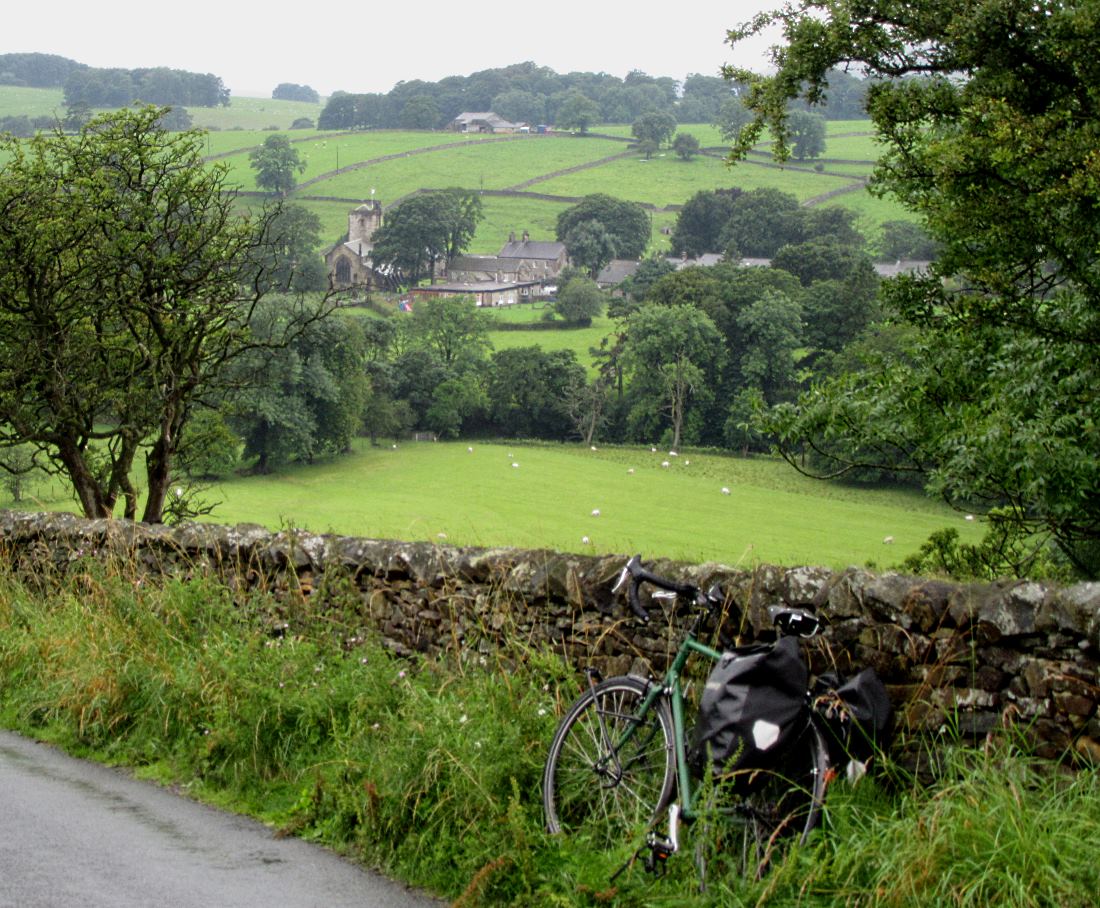 Eventually I got to my target for the evening: Slaidburn (pic). It feels a typical Lancashire village – except it was in Yorkshire until 1974, which is the whole point of the trip. Yes, even this far west, we’re still in the historic county. The beer wasn’t great though: that’s definitely gone all Lancashire. 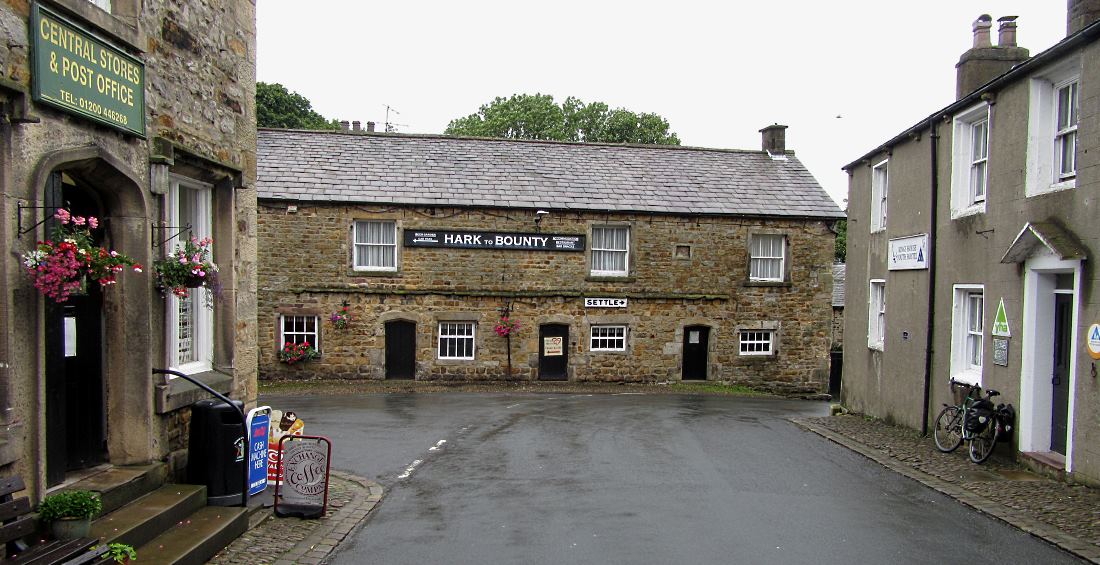 With its ruggedly handsome pub and handy youth hostel (pic), it was an ideally placed stopover. I’ve remembered it ever since. Mainly because the hostel drying room stank of kerosene, as have all my clothes ever since they spent the night there.