The seventh of my Yorkshire Compass Rides was a three-day trip to the westernmost reaches of historic Yorkshire in the Forest of Bowland. Day 1 involved some railway curios, Britain’s most surprising gorge, and the Greatest Living Yorkshireman.

I headed out of York on the cycle track alongside the A64 to Tadcaster, which I passed through on a previous Compass Ride. The town sits on the Wharfe, whose waters have supplied the breweries based here. It was full of fish today, which may explain the taste of their beer. I crossed the river on that splendid railway viaduct (pic), upstream from the main bridge. For once we can’t blame the evil Doktor Beeching: the viaduct was built in the 1840s, at the height of Railway Mania, but the intended line was never built (though the crossing later serviced a local mill). 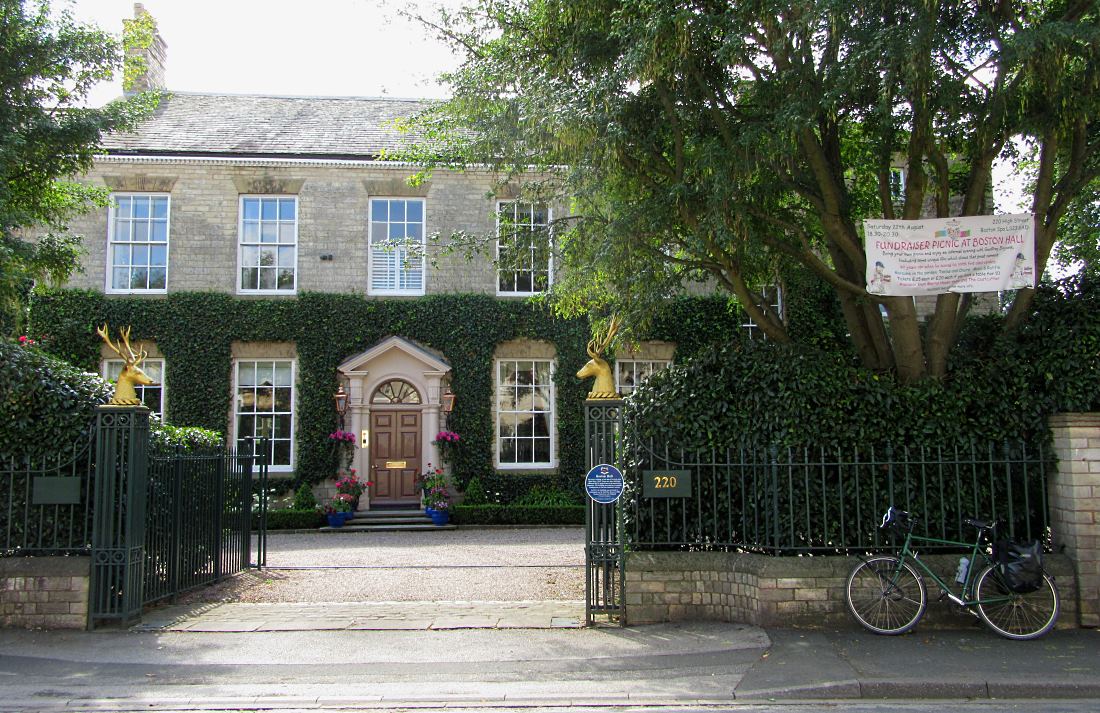 In the town of Boston Spa there are many handsome traditional buildings. I stopped to admire one (pic), and learned from its blue plaque that it was the home of the Greatest Living Yorkshireman, Lord Boycott of Fitzwilliam. And, indeed, there was Sir Geoffrey himself, rummaging in the boot of his car in the driveway, just like a normal person. I resisted the temptation to engage in banter as I might have got a ‘That’s a schoo pid place to park a bicycle’. 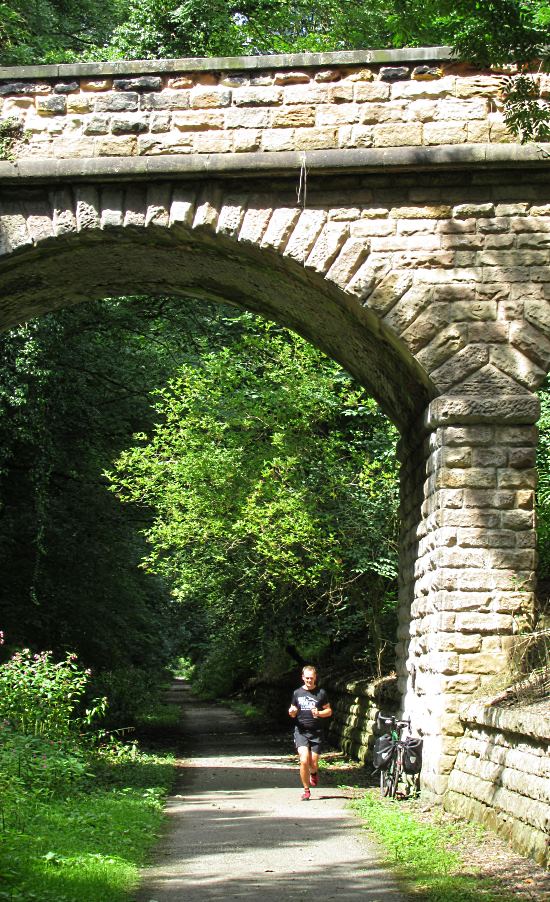 I carried on up the railtrail from Thorp Arch to Wetherby (pic). This line was a Beeching casualty – Britain’s first line to be axed, apparently, showing again how Yorkshire leads the way. 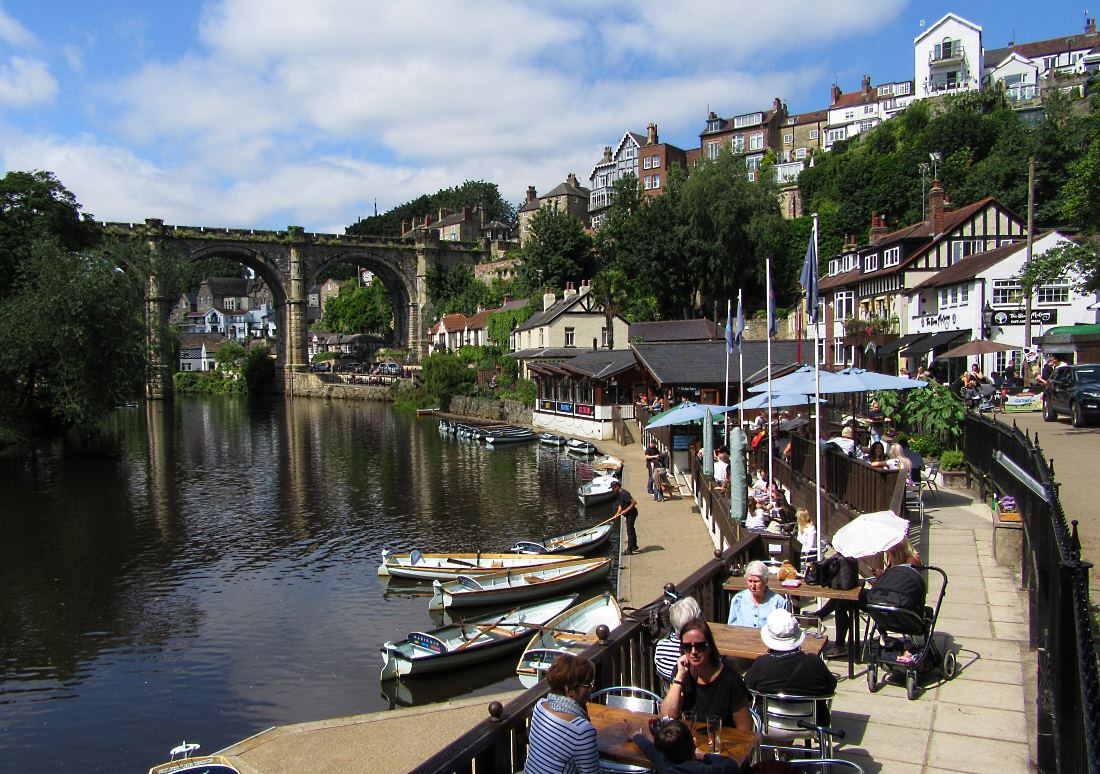 I passed the nature spot of Plumpton Rocks. They’re a sort of poor man’s Brimham Rocks. That’s mainly because you’ll be £3.50 poorer after being rushed the admission price, whereas Brimham is free. Soon after I was cycling alongside the splendid bottom of perhaps Britain’s most surprising gorge: the Nidd at Knaresborough (pic), whose dramatic rocky walls seem to appear out of nowhere, like cyclists who are invisible until they go through a red signal. The town looked continental-lovely in the sunshine, and was busy with visitors.

No cream tea for me, though: I had a barbecue appointment in Harrogate with some in-laws, and a garden cricket appointment with some nephews. They were suitably impressed by my photos of Sir Geoffrey’s house.