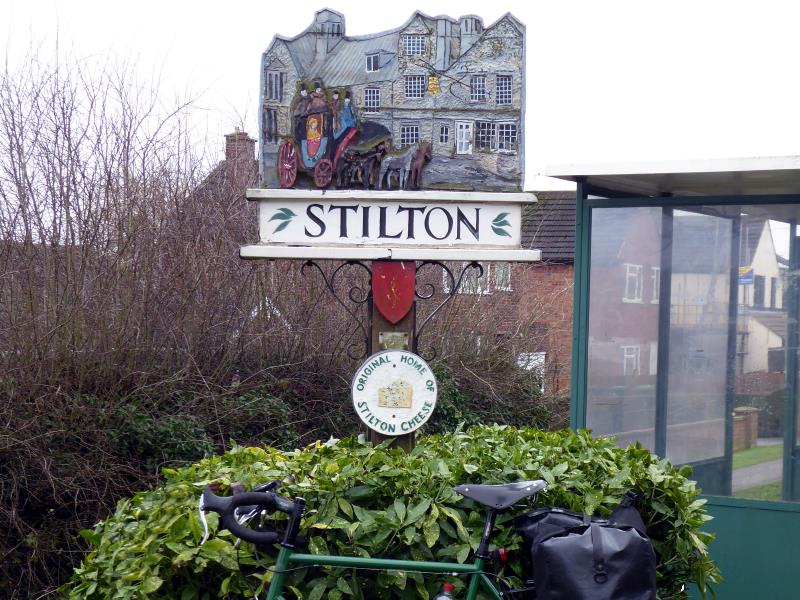 Hard cheese, Stilton. First, it gets stranded on a cul-de-sac. Then, selling its own eponymous (soft, blue) cheese is made illegal.

As I was passing nearby with my bike, and being familiar from my own career with tales of gradual decline, I couldn’t resist popping in to the Cambridgeshire village. I wanted to risk tasting the bad-karma cheese in situ, or perhaps in Stiltu.

Stilton gave its name to the veiny delicacy in the 1700s. The village, then in Huntingdonshire, was a pit stop on the Great North Road. The savvy landlord of the Blue Bell – having sourced it from a maker elsewhere – flogged it to hungry travellers. Lucratively.

The motor era, however, did for Stilton. The Great North Road become the A1, which by-passed the village, and then the A1(M) by-passed the by-pass. Few drivers these days take the detour to the Bell Inn, especially as Stilton is now at the end of a no-through road.

For cyclists, though – especially ones at Peterborough with an hour or two to kill before the next train – Stilton is a pleasant little jaunt, only half-a-dozen miles away. The bike route goes down a typically English mix of intricate cycle paths through parkland, housing developments and industrial estates, and – thrillingly – a couple of miles of the old A1. Because the bit round Stilton is now virtually traffic-free, thanks to the A1(M) running parallel. I shared it only with dog walkers and joggers.

Stilton looks a bit forlorn, with closed-down pubs and shuttered-up shops, but the Bell Inn is still going as a pleasant up-market-ish gastropub. I couldn’t resist having their Stilton Sampler Platter: Stilton in Stilton, to continue my series of Cheddar in Cheddar, Scone in Scone, Sandwich in Sandwich etc.

Very nice it was too… though not local, of course. Place-of-origin legislation means you can only sell Stilton branded as such if it’s made in Leicestershire, Nottinghamshire or Derbyshire; the village is in Cambridgeshire. Attempts at special dispensation have proved futile, though some wily operators have created a blue cheese called ‘Stichelton’, the village’s historic name.

The beer was local at least; from Digfield Brewery, eight miles away. I have a policy of only drinking ale made nearby enough to cycle to.

In theory, that is. I’m not saying I actually ever do.