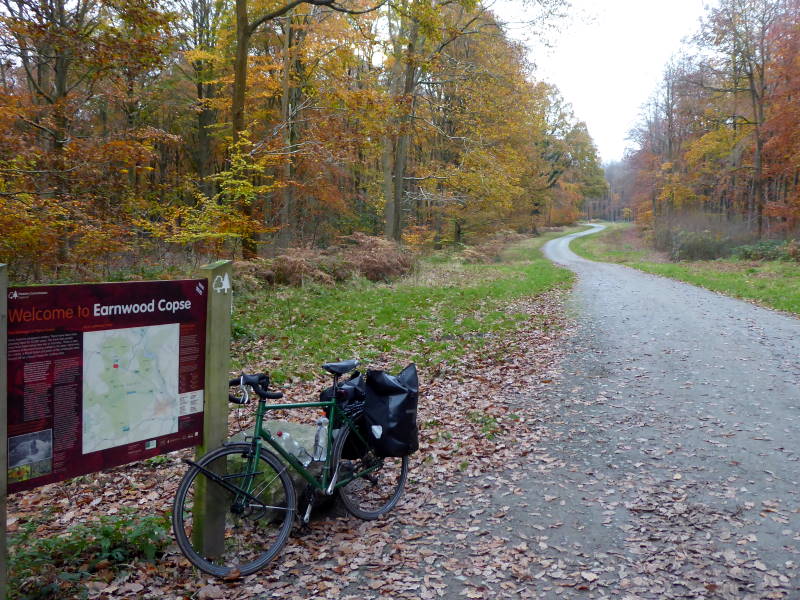 Workaday Kidderminster, with its busy roads, isn’t near the top of many bucket lists for cycling. Nor its beauty: the Museum of Carpet is the main attraction, and the colour ain’t red, but it does have a handy canal towpath that takes you out of the centre north or south, and the many bike trails of Wyre Forest are close by.

Today I started down the canal, heading for Stourport. The grand basin is a reminder of past glories, such as its heyday as a busy inland port in the 1800s, or the time it boasted a Wetherspoon when I came through in 2013. No longer either, alas.

Back lanes took me to Wyre Forest, a good-sized woodland with a nifty network of bike trails, most well surfaced. Not the one I chose first, though. However, once on NCN45 – the old railway line to Tenbury Wells – things got much better.

I glided downhill into Bewdley, a characterful little town of historic buildings nestling on the oft-flooded riverbanks of the Severn – I shudder to think of the insurance premiums here.

After some shenanigans earlier in the day with my confirmed Airbnb accomm proving non-existent, I very luckily scooped a cancellation at the Wetherspoons here, the George Inn. Airbnb grudgingly – after a six-hour wait – promised to refund my money for the imaginary B&B, and offered me £2.90 compensation.

Which may not sound much, but it was three pints of Ruddles IPA in this Wetherspoon. I like cycle touring.

e2e.bike > Other > Route research > Kidderminster 1: Down to the Wyre