With the business part of the trip completed, today was a fun add-on: a trip to Hel and back. 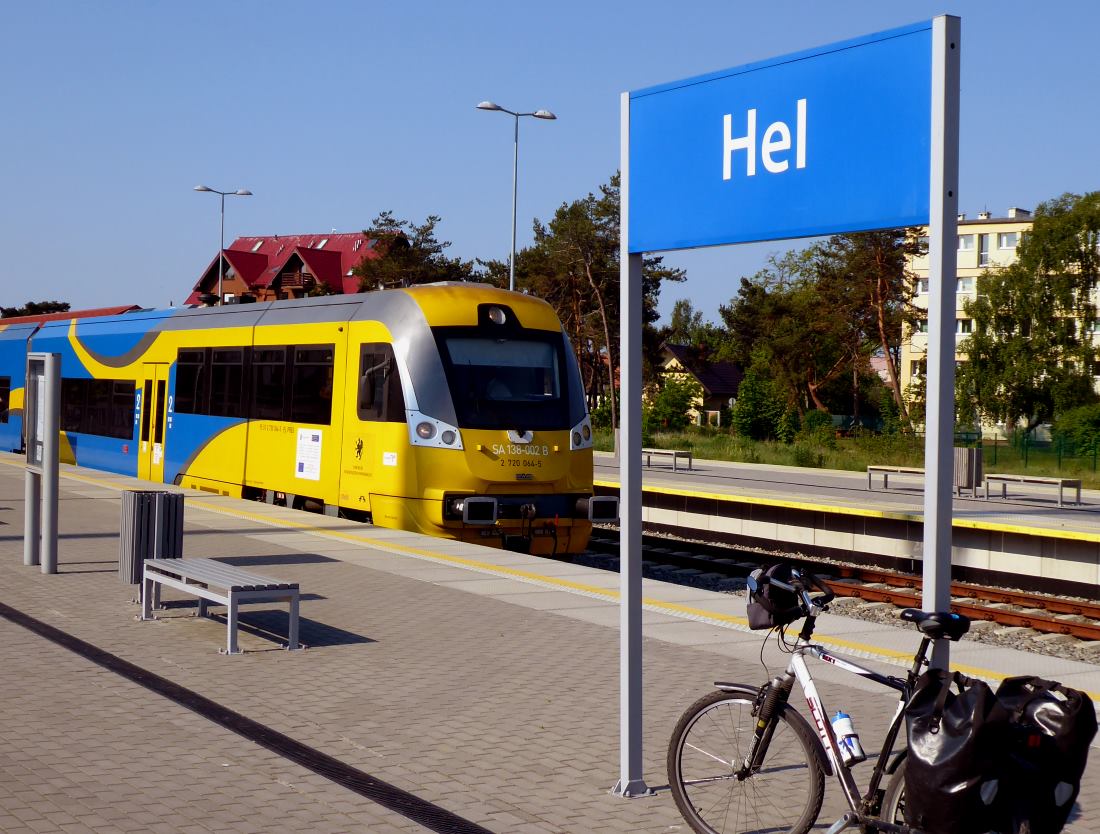 Hel is a resort village at the end of a 30km long sand spit that juts out south-east from Poland’s northern coast into the Baltic. On a map the spit resembles Spurn Point, my favourite place in Yorkshire, and hence the world. It’s much larger though, and with the benefit of a road, segregated cycle path and railway line all the way to the end (pic).

So don’t worry about being stuck: there are many ways out of Hel, including three dozen trains, several buses and the odd ferry, every day. 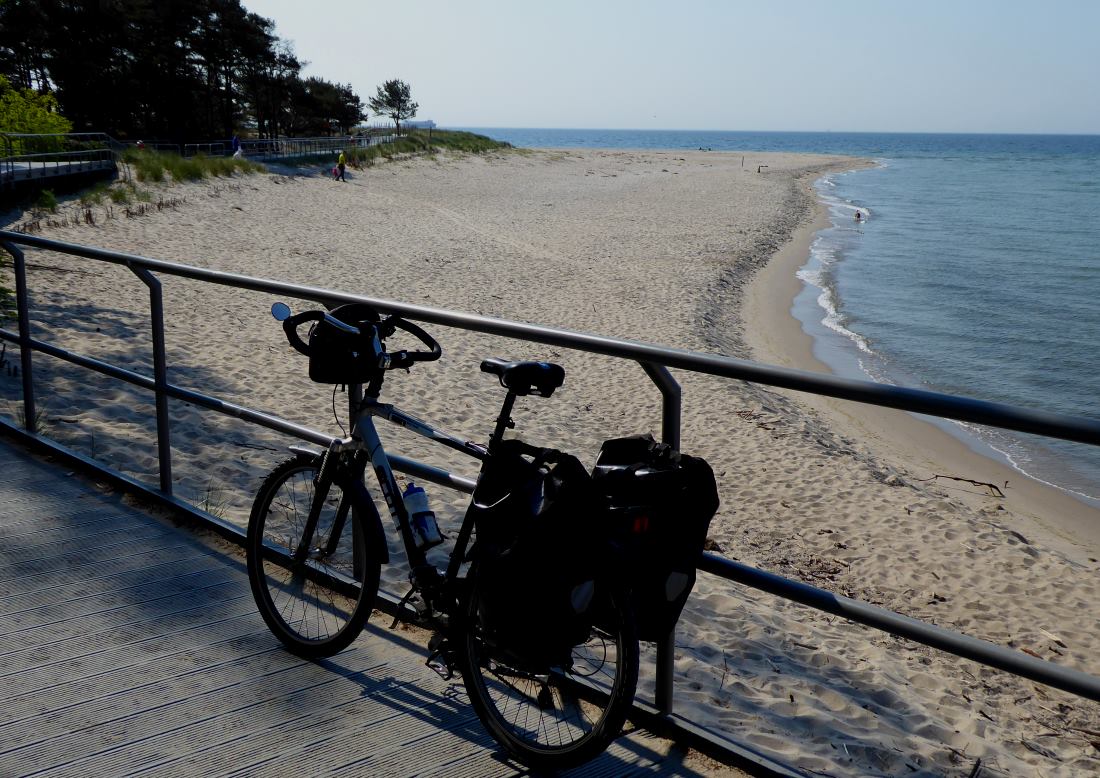 The village itself is pleasantly touristy, with plenty of promenade places to eat and drink. I’d originally planned to cycle out and get the train back, but with strong south-easterlies forecast, it made sense to get the train there and cycle back. Not before I’d explored the very end of the spit, though (pic), which gave fine views of a dim blue-grey smudge on the horizon which might have been Gdansk, or possibly Gdynia, or maybe gdirt on my glasses. 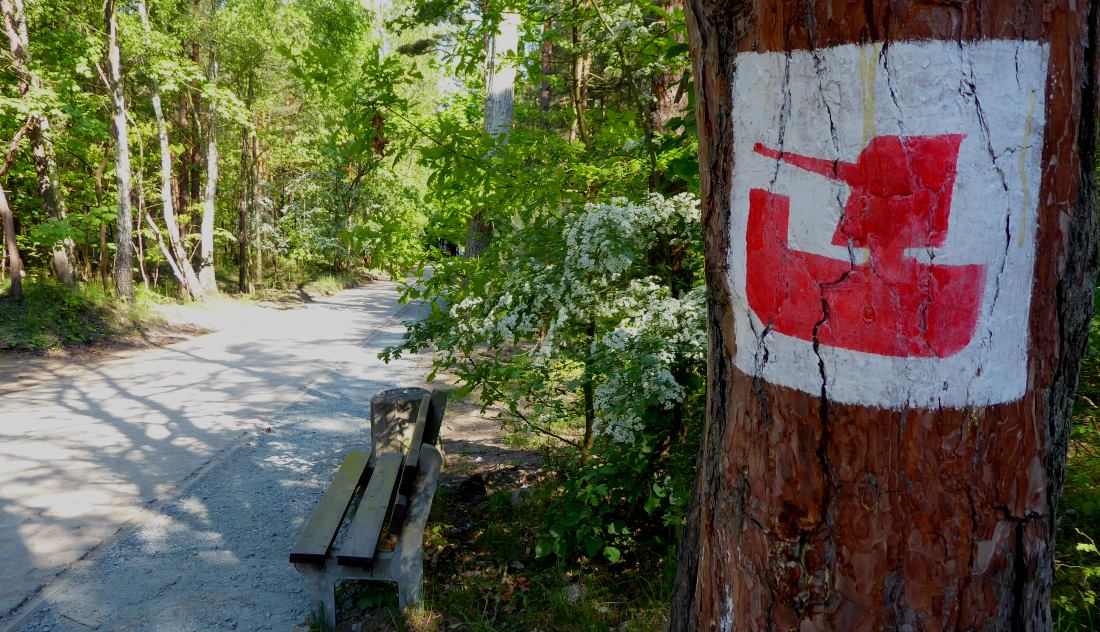 There are several cycle routes marked on tracks through the woodland on the spit’s bulbous end, and apparently a leisure route for recreational tank drivers too (pic).

The road to Hel is paved not with good intentions but pinkish-grey setts, making a much-recommended cycleway all the way along the spit (pic).

The southern half goes through woods, without any sea views, and gets a bit gravelly, but the northern half is pleasant enough. Today it was very busy with cyclists, most of them evidently under-researched, labouring the other way into the headwind. 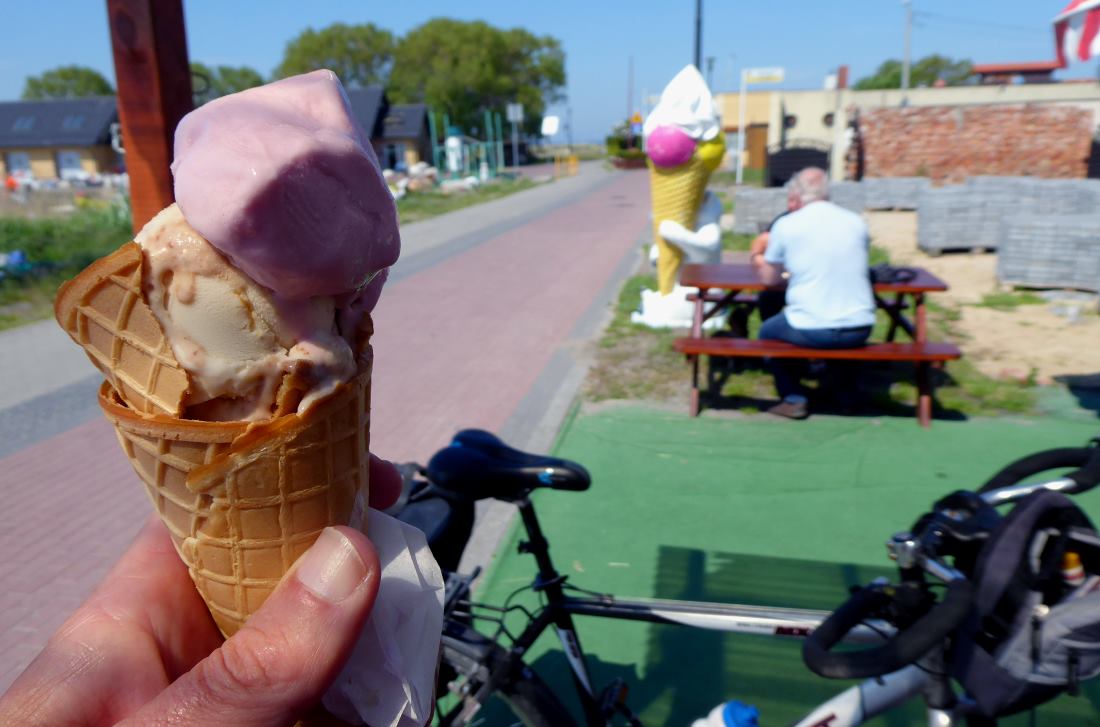 I stopped for refreshment at a little seaside lody (‘ice cream’) stall en route (pic). I suddenly felt the need for a couple of scoops on a cornet. I’m not sure what gave me the idea. Something subliminal perhaps. 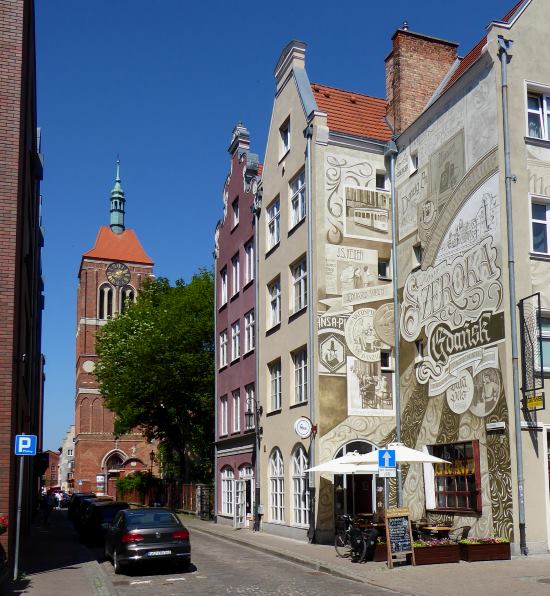 Back on the mainland I got a train down to a baking hot Gdansk (pic), where I’m about to hole up for a couple of days to attend to writing commitments.

Yes, I do actually do some work sometimes.