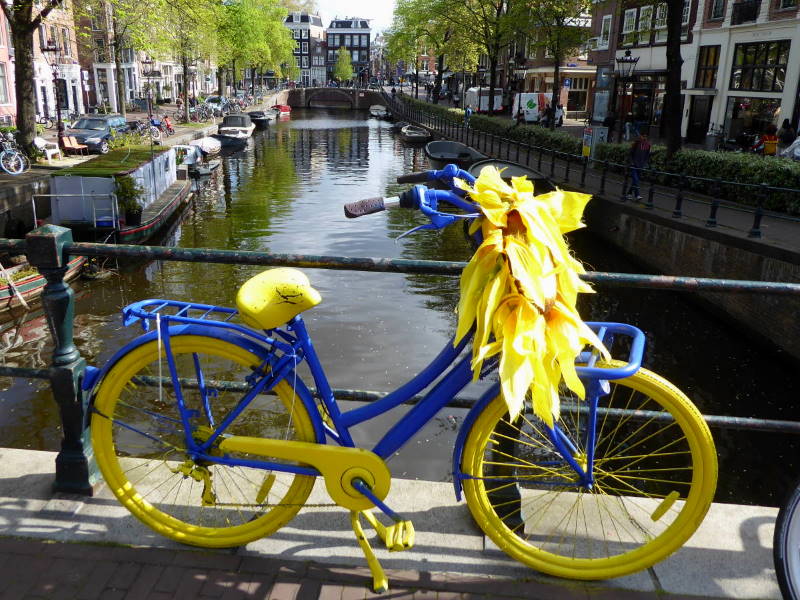 Returning to England from Slovakia, I had a final layover in Amsterdam between overnight bus and Eurostar. I spent a very happy five hours in the chilly sunshine exploring the centre easily and efficiently, thanks to the city’s cycle path system.

With all those cyclists intent on getting somewhere, things can be hectic in the busy city centre: it inspired me to write another guitar piece, which you can hear below.

Of course, as campaigners know, Amsterdam wasn’t Amsterdam either until the 1970s: only then, following pressure from parents wanting safe routes to schools, did the bike-friendly networks we know today get installed. Before then, the city had been just as bad as, well, York.

It was all a glimpse of how things could be… *sigh*…

Listen to my piece for classical guitar, written in 2022. It was inspired by the memories of this day’s ride. (MP3, 6min 45sec).

e2e.bike > Other > Route research > Amsterdam: Scenes from a cycle city