All that End to End stuff on high-grade carbon-frame fast touring bikes (now returned) is fine, but we did some real cycle touring here in Tainan today… 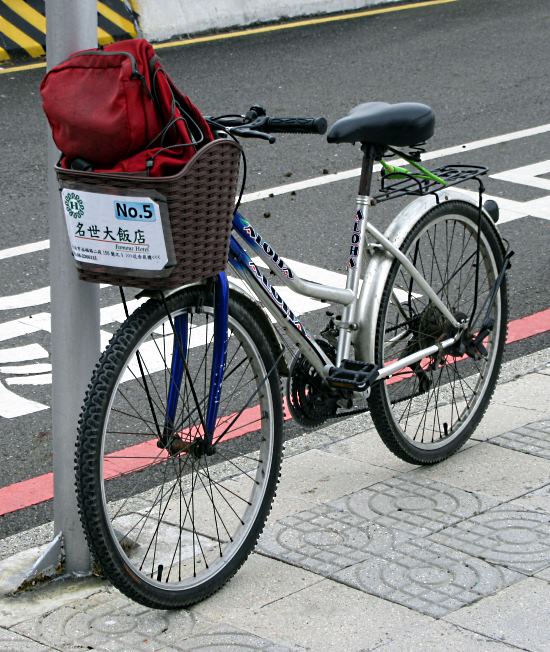 I always love exploring a city on one of these: a cheap, clanky town bike stuck in its one functioning gear, that handles like a wheelbarrow being steered over the phone.

One with a saddle so low my knees keep bumping against my chin, and makes such loud clanking noises that pedestrians jump out the way for fear of being run over by the tram.

It was great fun, enabling us to visit lots of things otherwise too far to walk, too cumbersome by bus, too expensive to taxi. 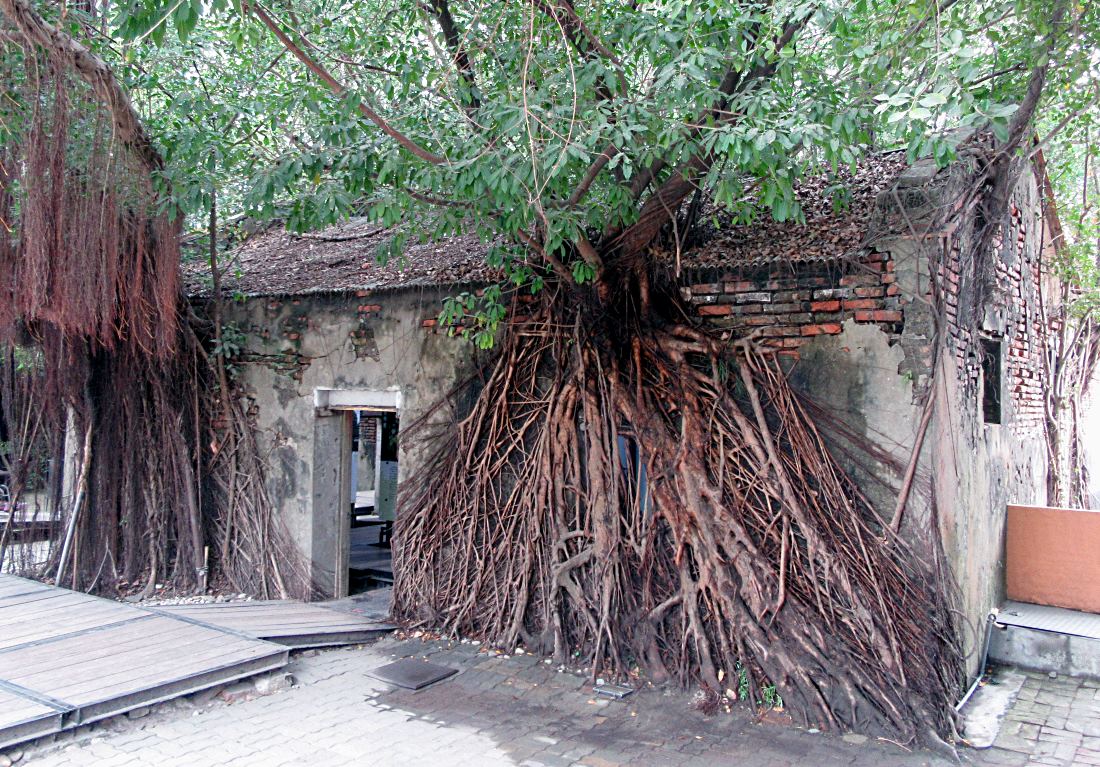 We clattered our way to Anping, Taiwan’s oldest Old Town: home to several temples, packed shopping streets and alleys, and this tree that’s been eating an old warehouse for 60 years (pic). Well, Tainan is famous for its food. I ate some quite exquisite fried pork’n’shrimp dumplings shortly afterwards from a stall. It took me about 60 seconds. 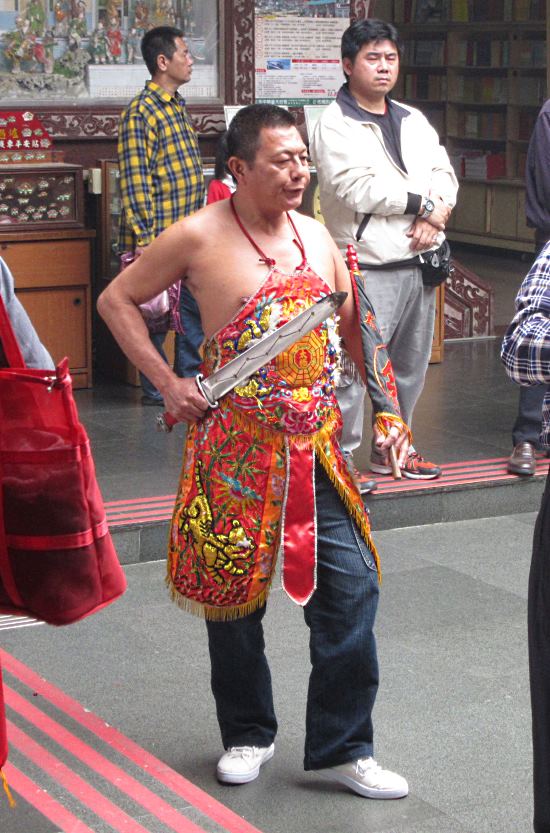 In one of the temples we chanced on this shaman performing a ritual – definitely for locals, not tourists. I didn’t know a shaman’s traditional costume includes jeans.

It was accompanied by fireworks, a curious choice for bright daylight, but there was certainly plenty of din from the firecrackers.

That couldn’t quite drown out the fighter jets practising overhead, but more seriously, nor could they drown out… 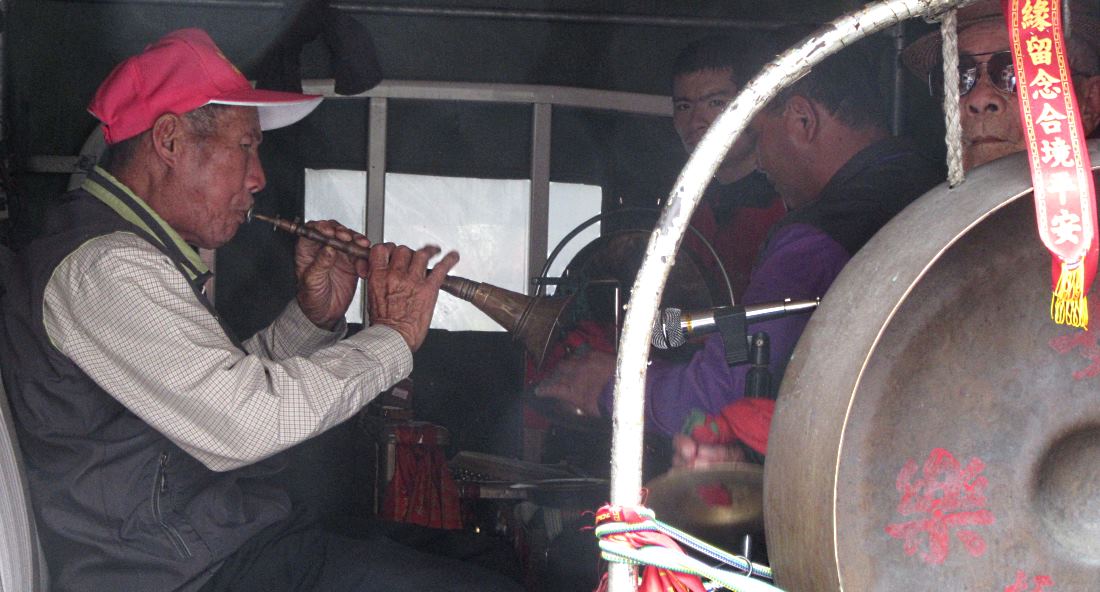 …the musicians, who embellished the ceremony with some gongy, waily sounds that put me in mind of a soprano saxophone being waterboarded on a fairground waltzer as someone tipped over a pile of scrap metal. They were playing from inside the back of a van (pic), perhaps for a quick getaway.

All this plus countless gorgeous temples, a monument to turtles, a Shinto shrine at the top of a department store, and a ride in Taiwan’s first ever lift, so old it has the floor indicated in Roman numerals, and a mosaic floor. (It’s 1932 Japanese-empire-era, not Roman-, though.) It’s amazing where even cheapo bikes can take you.