We’re off the bikes now, since Tainan, but here’s a quick round-up of our non-cycling travels back to Taipei. 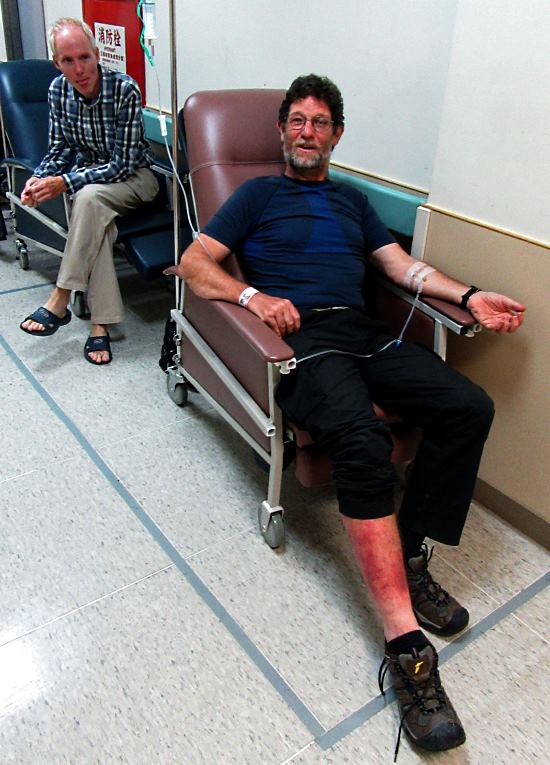 Tim copped a leg infection in Tainan so – with the help of his fellow Bradt author Steven, who lives here – we got it sorted at the local hospital last Sunday (pic). Very efficient and friendly. What’s the drip for? He’s taking the photo.

Well, it’s always nice to see places that the usual tourists don’t. It’s just that A&E wasn’t what I had in mind. 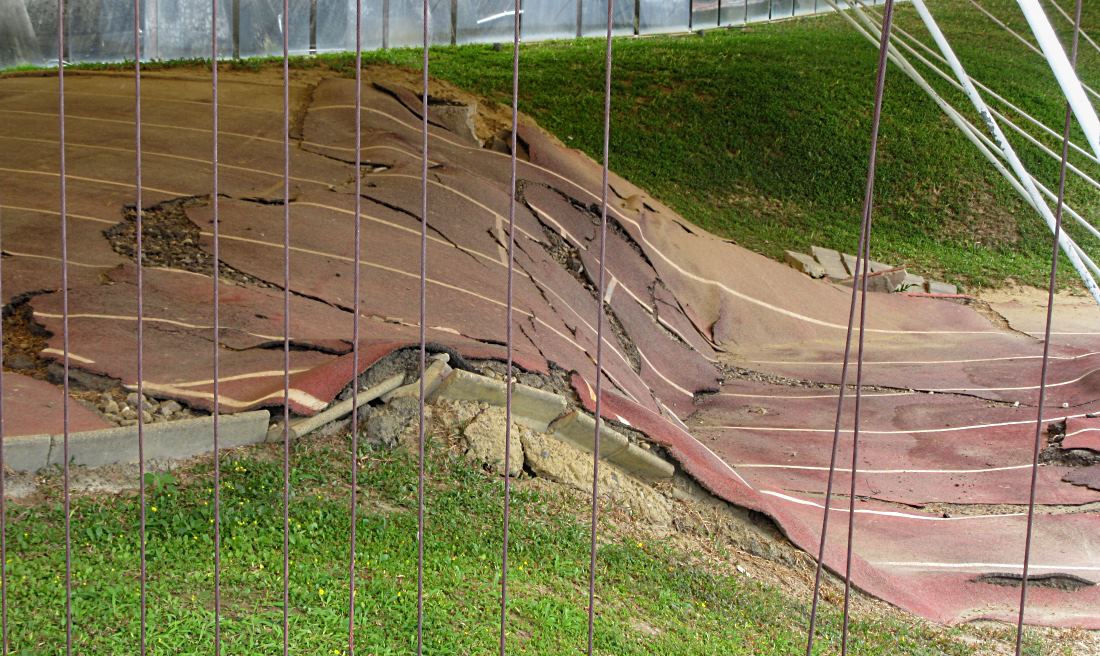 Outside Taichung we visited the Earthquake Museum, which preserves the school buildings shattered by the seismic event of 21 Sep 1999 (over 2,000 people were killed). The running track (pic) went right over the fault line. 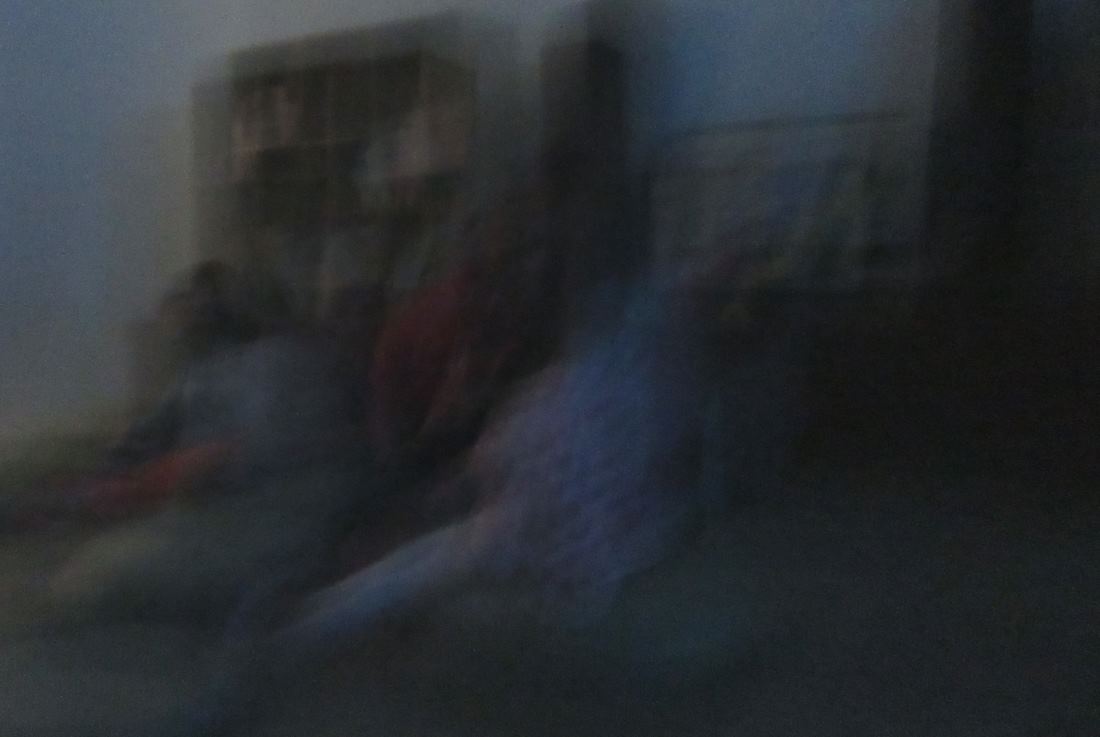 A feature of the museum is an ‘earthquake experience’, kitted out like a living room, but on rollers, which recreates the rocking of the 7.6 moment magnitude quake that struck that night (pic). I’m quite familiar with the concept of savagely unpredictable, terrifying floor movements, having travelled regularly on Northern Railways’ York to Hull service. We dropped in on Lugang, a pleasant little town – now a local tourist magnet – with the nearest you get to quainte olde streetes in Taiwan (pic). Which, er, isn’t very close. 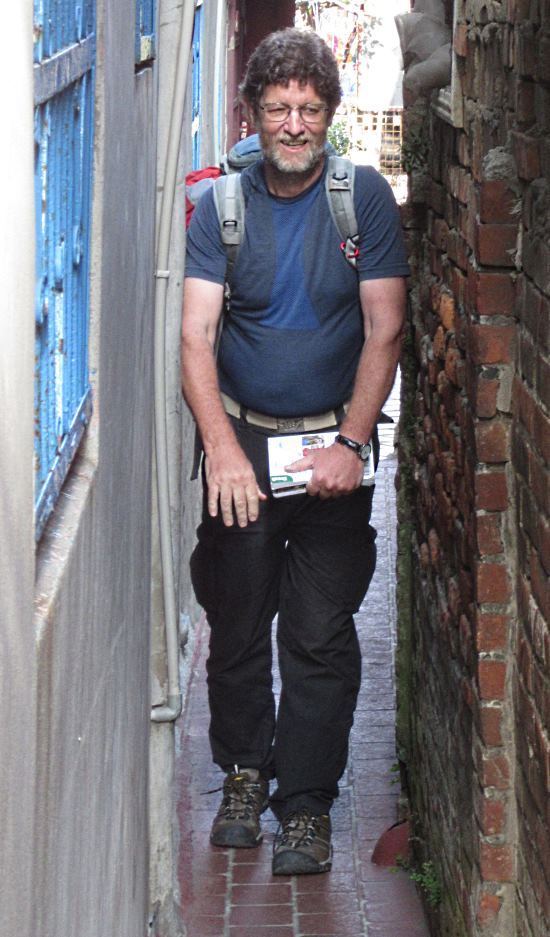 And in Lugang we walked down Taiwan’s narrowest alley (pic). Well, halfway down, anyway. 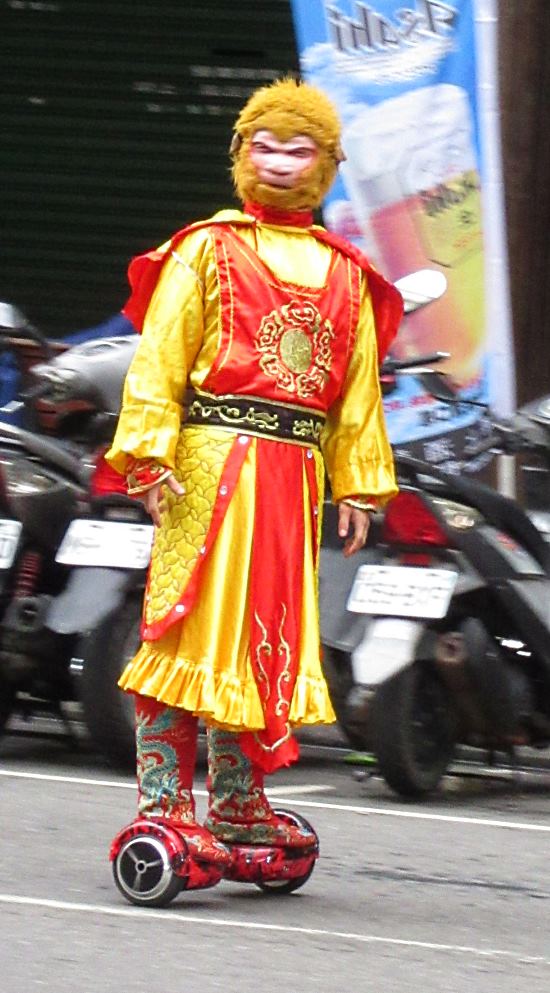 Back in Taipei – before we fly off to our respective next destinations, Tim to Laos, me to the Philippines – we stumbled on a riotous little local procession of traditional age-old rituals Confucius himself would have recognised: costumed deities, firecrackers set off at your feet, and this monkey god on a motorised skateboard (pic). 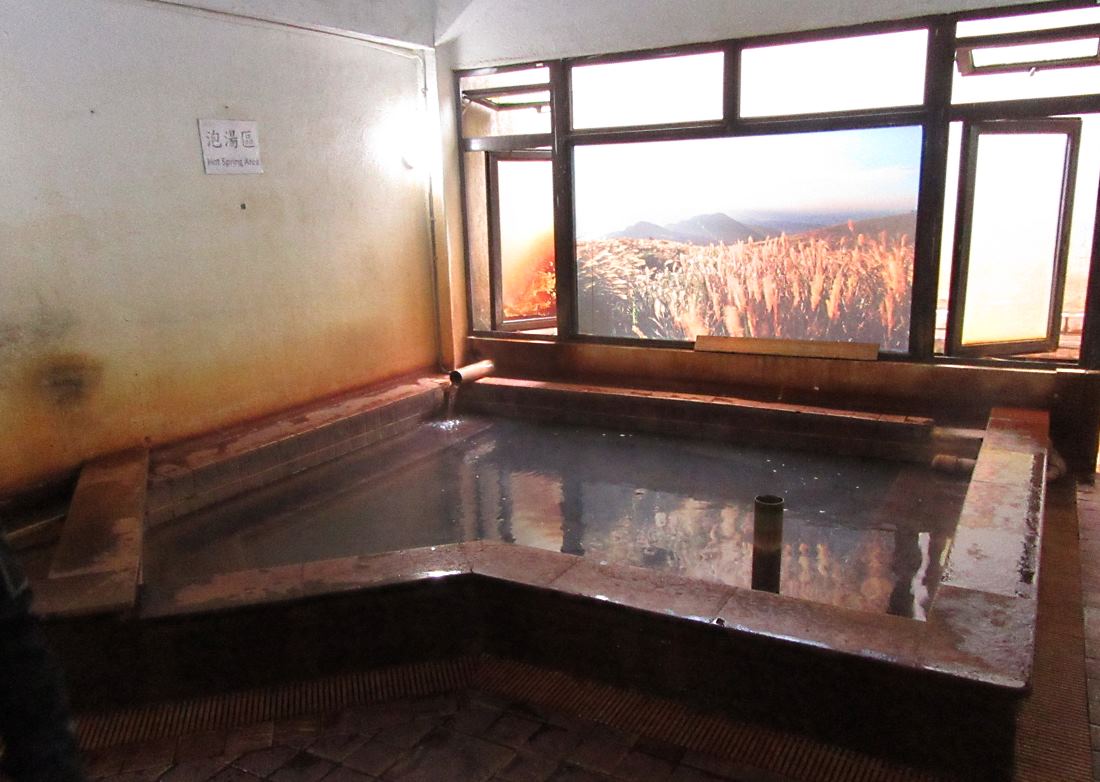 Our trek up to the top of local highest peak Qixingshan, 1220m up, gave us stunning views – alas only of clouds, fog and mist. And it was freezing cold. I started to cry at one point. Not out of misery, but because I felt homesick.

Still, we warmed up nicely with a dip in the free local public hot springs. That’s not an awesome view from the bath – it’s only a pic (pic).

Seconds later, this tub was full of a dozen naked men. Sorry to dash the fantasies of some of our readers, but Tim and I were among the youngest.