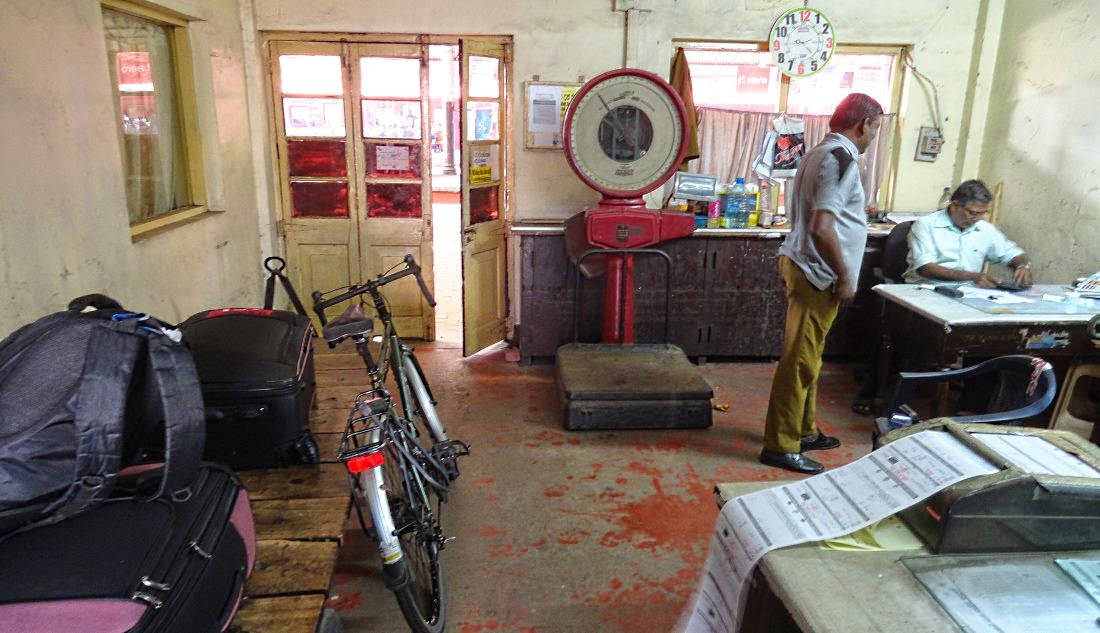 I’m desperate to get cycling, but with admirable restraint, I got the train this morning down to Galle, a tourist must-see. In Sri Lanka, you book your bike as a parcel, and it costs three times as much for the bike as for a single fare. But with the single fare costing under a pound for a three-hour journey, that isn’t too much of a problem. The Parcel Office (pic) was reassuringly old-fashioned, with not a computer in sight: all was biros, carbon paper, pasteboard tickets and handwritten ledgers. I rather liked it. 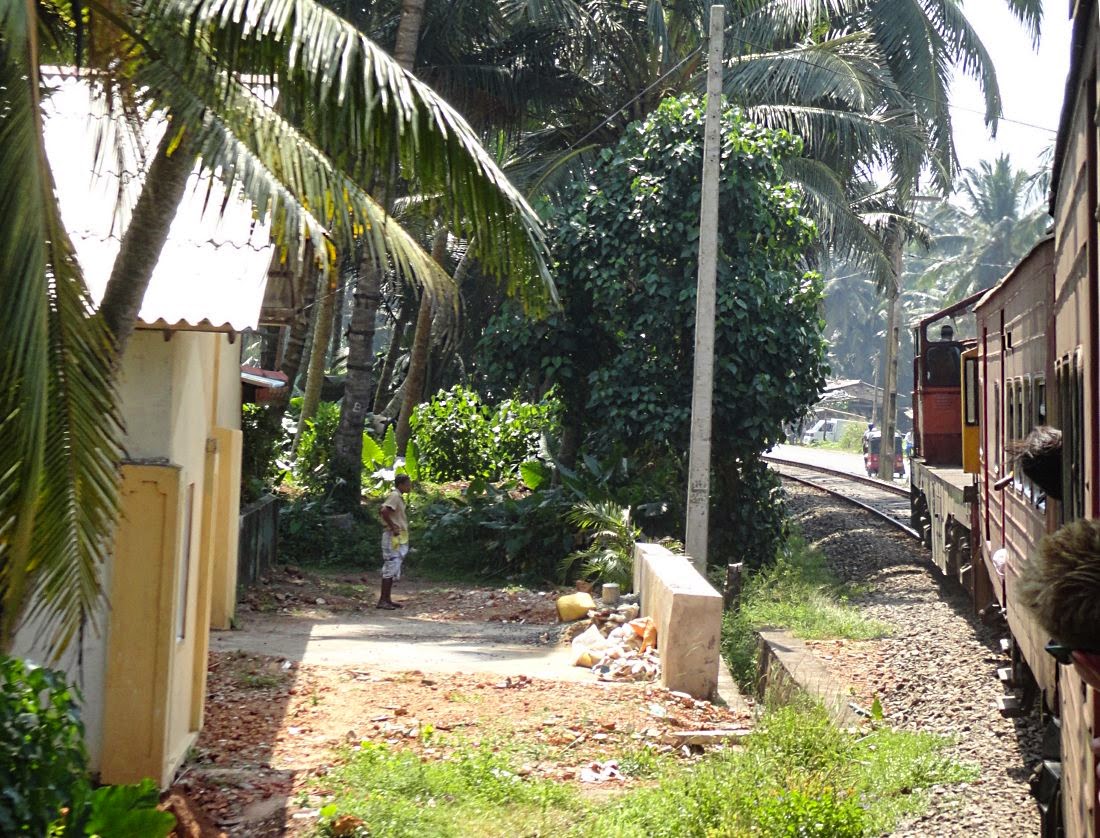 The train itself (pic) was a gorgeous ride, south from Colombo along the coast with constant views of palm-fringed beaches on one side and somebody’s rucksack on the other. (It was pretty crowded.) 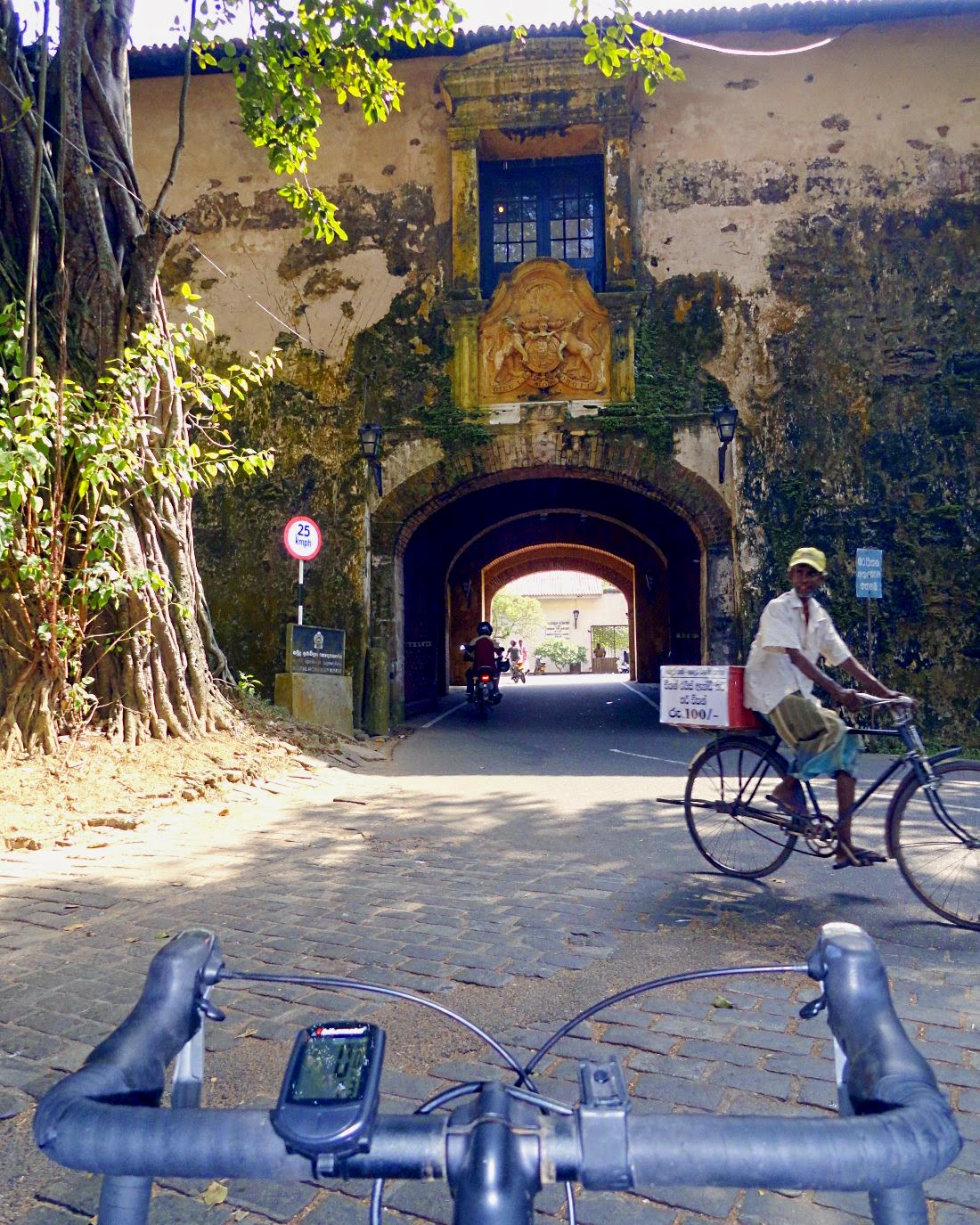 Galle is a gem, a Portuguese-Dutch-English-Sri Lankan hybrid of colonial and local, on a tiny walled old city facing the ocean. This is the entrance to the historic centre, through those walls. It felt great to be doing it with my bike. There are quite a few locals on basic Indian- or Chinese-made bikes, too (pic). Clanky, ludicrously heavy, and cheap, my bike was clearly a source of fascination to them. 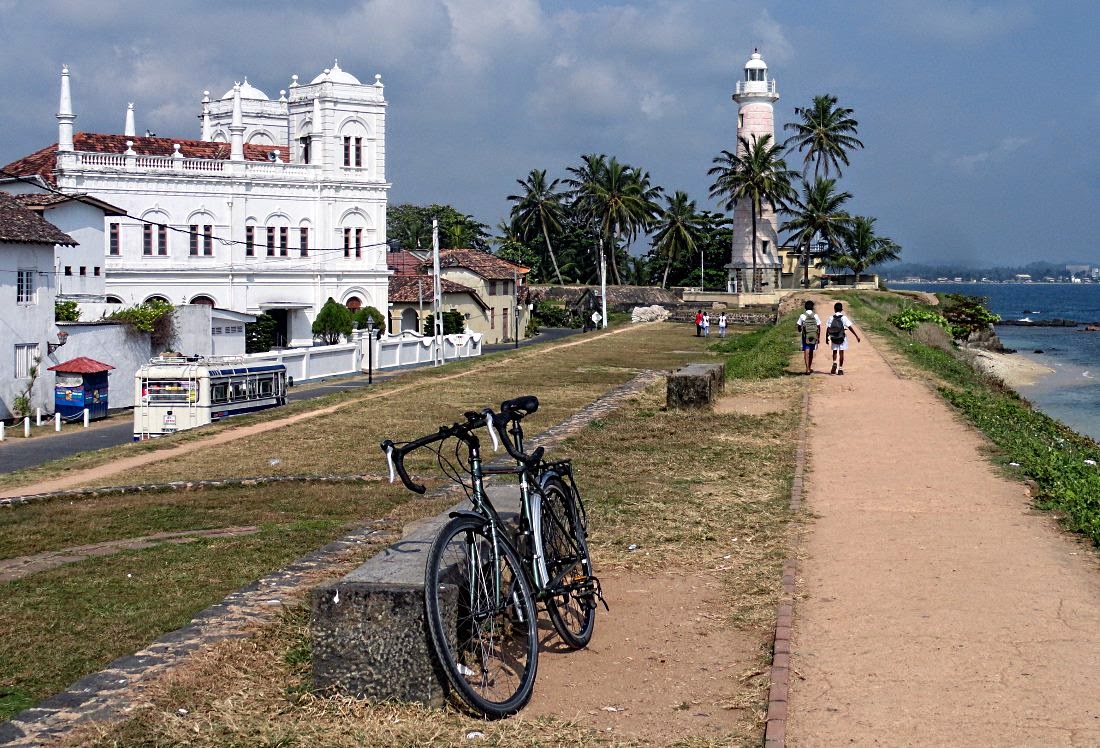 I walked around the walls and enjoyed the fabulous views (pic) before splashing out on a fish curry in a touristy local bar. Well, I think it’s important to interact with local wildlife.