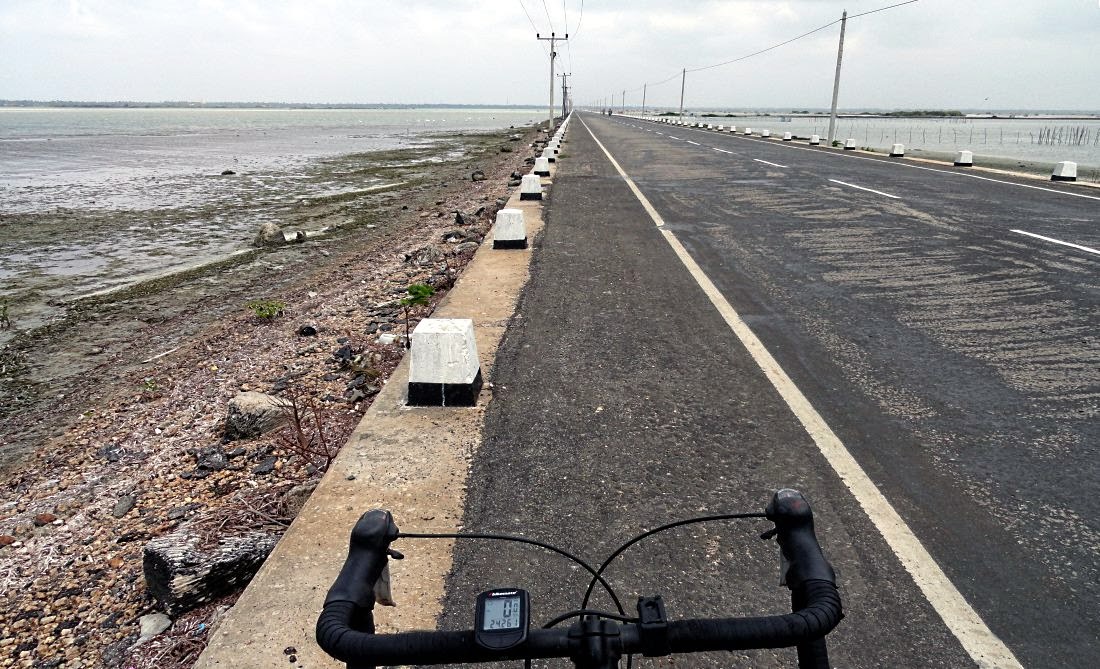 Linked by causeways (pic) and ferries, a chain of low-lying islands surrounds Jaffna. I spent today exploring some of them by bike – not an entirely easy experience, given the high winds and endlessly dug-up roads. This photo is a rare shot of smooth tarmac.

Here’s another extreme rarity: a direction sign. You usually have to guess, or try to make sense of a deluge of instructions in Tamil from a bemused passer-by. This local doesn’t look entirely sure where he’s meant to go, either. 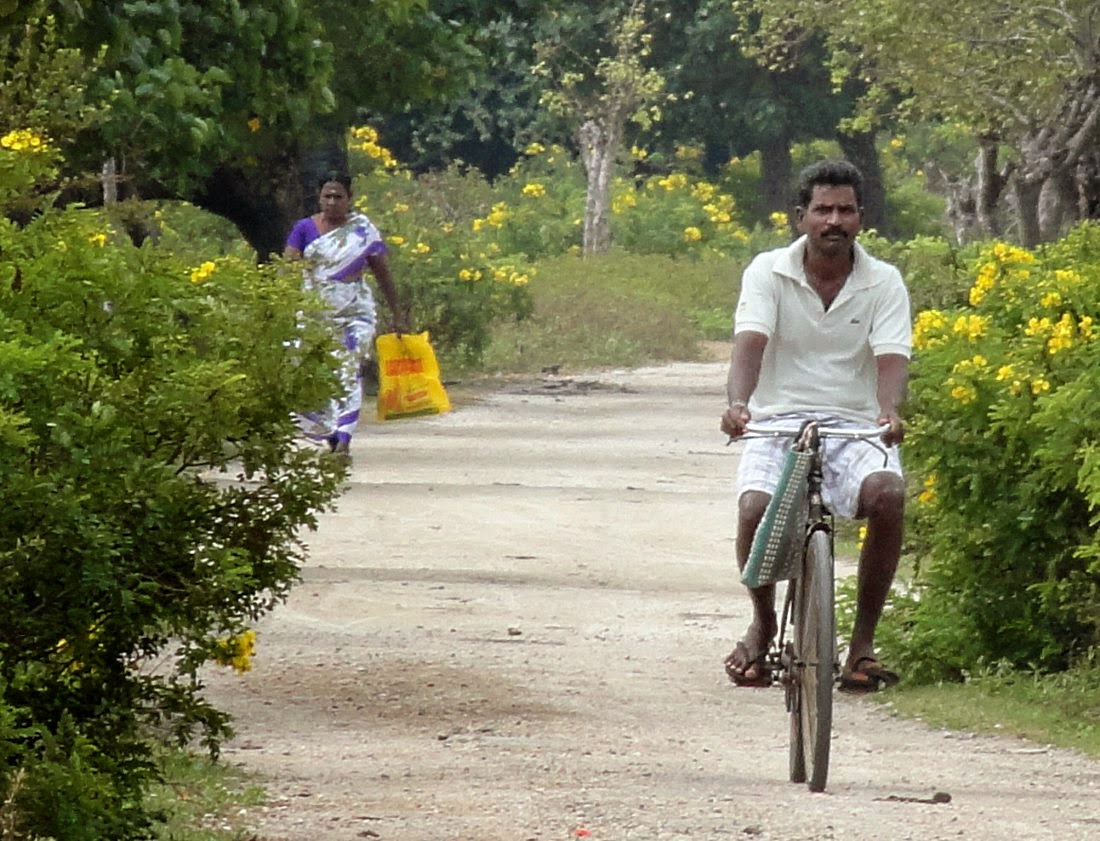 Some of the island scenery was pleasant enough (pic), but the village of Kayts (‘capital’ of the island of Velavai) looked ravaged by war and tsunami, with ruined buildings and abandoned shells of houses everywhere. It wasn’t especially uplifting. 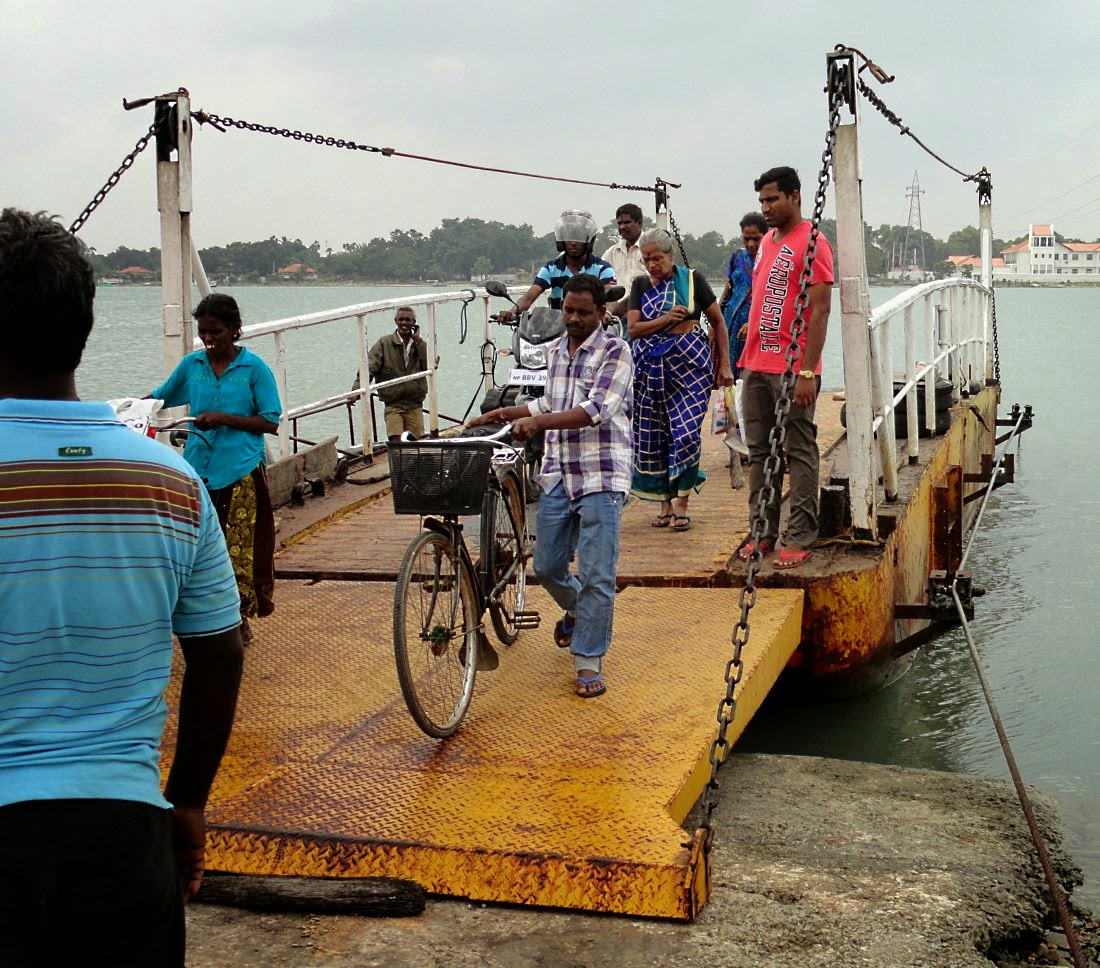 Tiny ferries, run by the military, connect the smaller islands with each other (pic). This one – with a single 40hp outboard motor struggling to cope with a car, taxi-trike, three motorbikes, six bikes and two dozen people – was the slowest I’ve ever experienced, taking quarter of an hour to go a few hundred yards. Well, the pace of life is slower here. 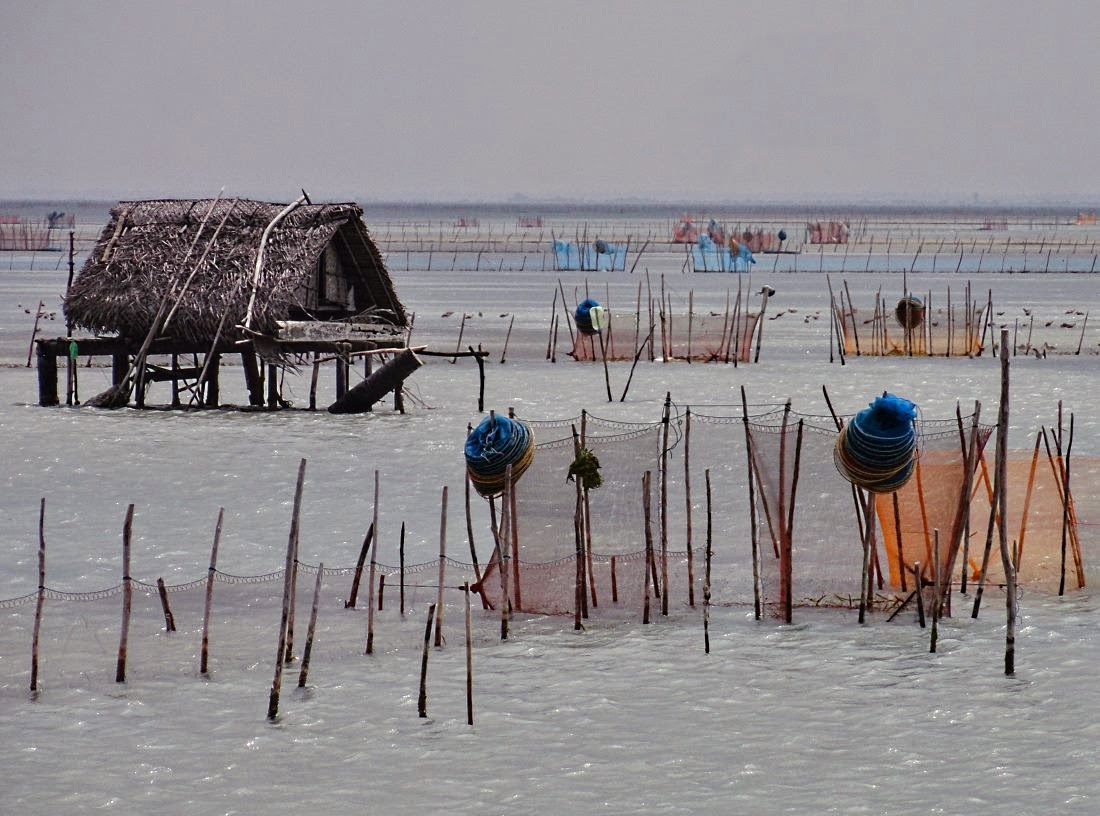 Fishing is the main activity (pic), though everybody was on holiday because of the full moon. Or perhaps, with it being so windy, they’d just stayed in. I wouldn’t blame them: my into-headwind progress across the causeway back to the mainland was slower than the ferry. 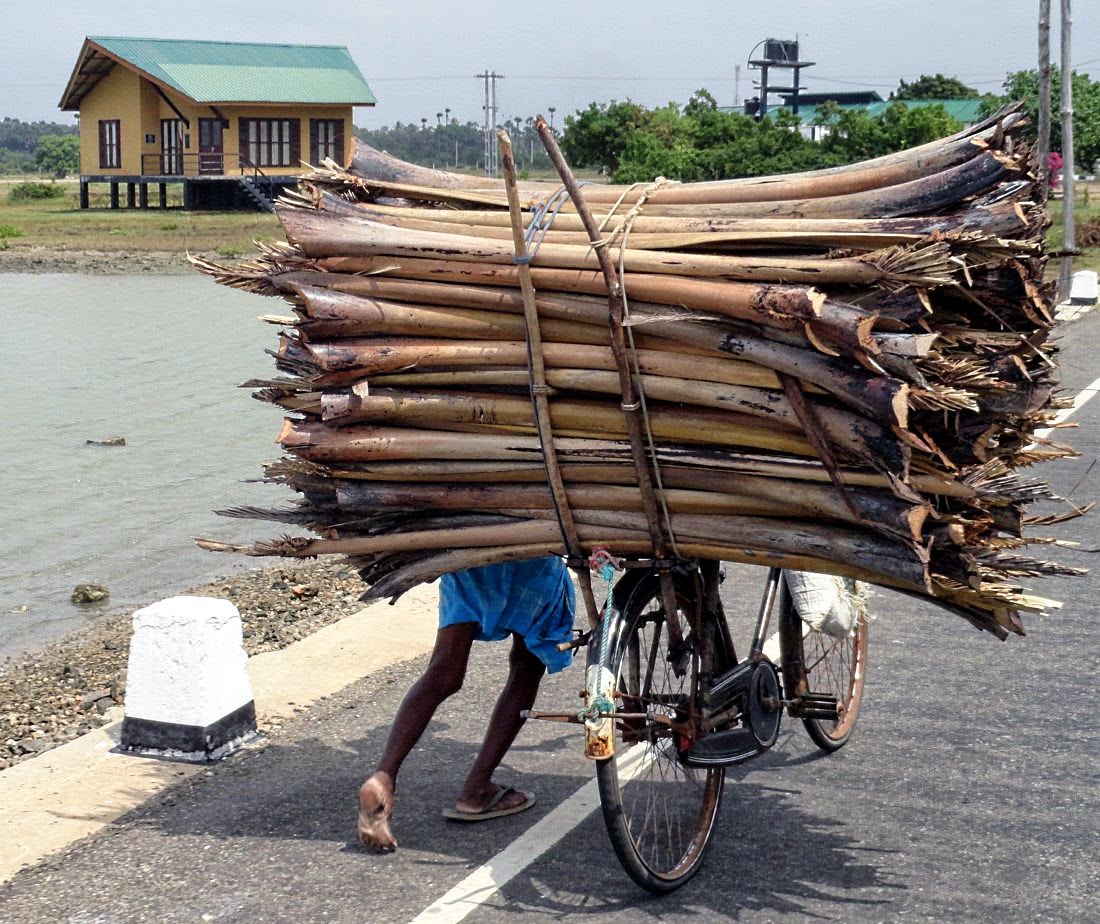 In fact, it was so windy that even some of the local cyclists had to get off and push (pic).