A bus trip today to the small town of Olvera, in preparation for tomorrow’s ride along the Vía Verde de la Sierra railtrail. Many intercity and regional buses in Spain take bikes (pic). The driver made a token request to take the front wheel off and lower the saddle, but after yesterday’s shenanigans, I was in no mood to get my tools out again.

The white town (pic) was clearly in siesta mode when I arrived, with almost everything shut. It was chilly, furiously windy and chucking it down with rain, which somehow didn’t seem like siesta weather. More like an English bank holiday. 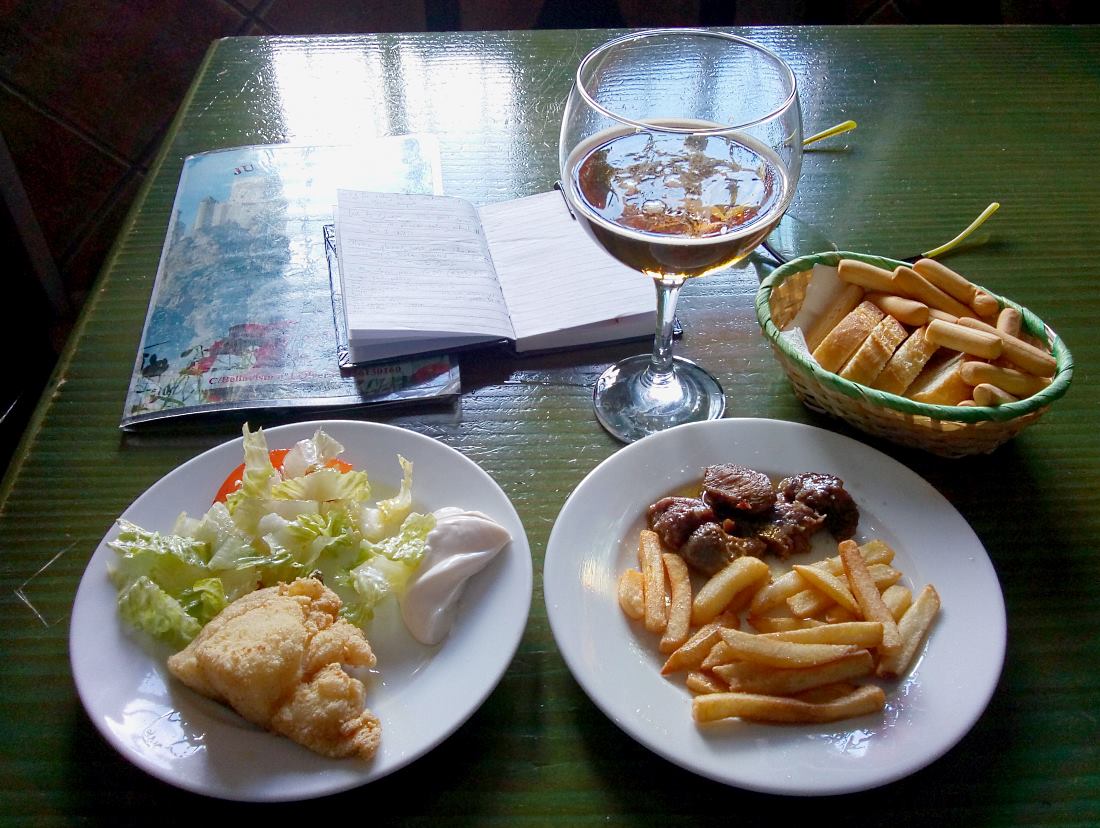 Olvera itself has a couple of tourist sights, including a dramatic hilltop Arab castle and a dramatic hilltop church. The sight I was most inspired by however was that of the fried cod and pork stew tapas in a friendly little locals’ bar that was actually open (pic), a snip at €2 each, washed down with a glass of Cruzcampo.