Another gloriously sunny day, with easy, flat, tailwind-assisted cycling through quiet rural back lanes, my progress further speeded up thanks to new streamlining from yesterday’s haircut.

Here’s a typical view. I’ve seen a handful of road cyclists in all the gear so far, but by far the majority of people on two wheels are like this chap (pic), evidently on his way home from the shop with a bag full of clanking bottles. Well, this far into the countryside, the nearest bar could be miles away, and he clearly isn’t taking any chances. 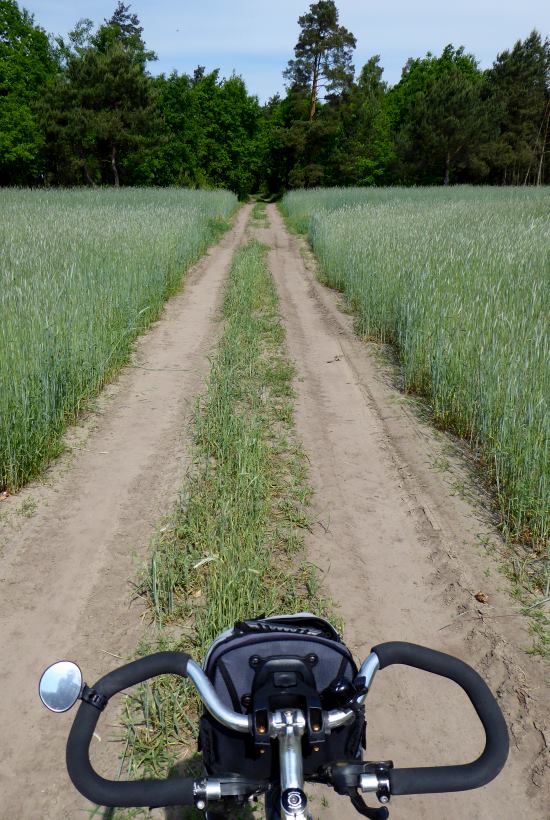 These saved me going two sides of a triangle, three sides of a square, or in general n sides of an n+1agon for n>2.

However, whether or not they saved time was sometimes a moot point.

This farm track turned out to be thick sand, ideal for filling an escape lane on long downhills for lorries whose brakes have failed, but not ideal for cycling. 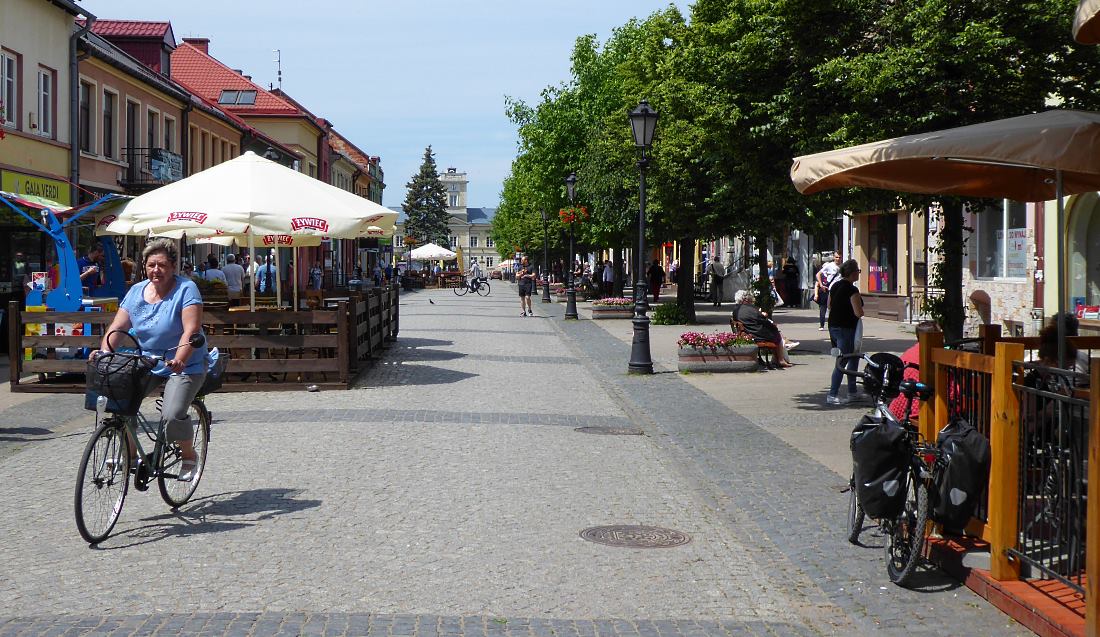 I stopped for ‘lunch’ (actually a bottle of Pepsi and a bag of crisps) in Kutno (pic), having a couple of pleasant basic conversations in Polish. One was buying a stamp for England, the other telling a mother with a desperate child where the railway station toilet was.

At least I think they were. My postcard may end up going to Ukraine and the kid may have gone in the goods wagon. 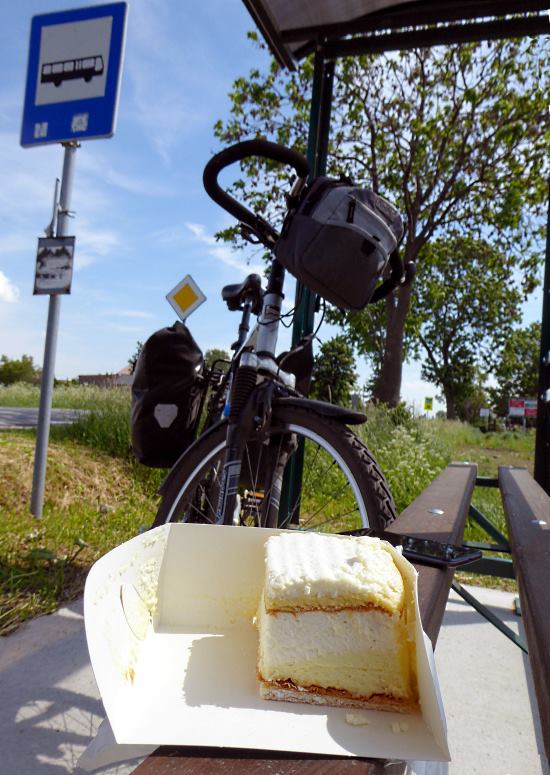 Polish villages and hamlets all have some sort of shrine to the Virgin or Jesus, but don’t seem to have anywhere to sit.

No picnic tables, benches outside the grocery store or seats by the green, nothing like that.

So my cake break is often at a bus stop (pic), the only place to sit/ shelter from rain/ get some shade/ avoid the wind etc.

Anyway, after plenty more of this sort of smooth, untrafficked back road (pic), past a few languid wind turbines… 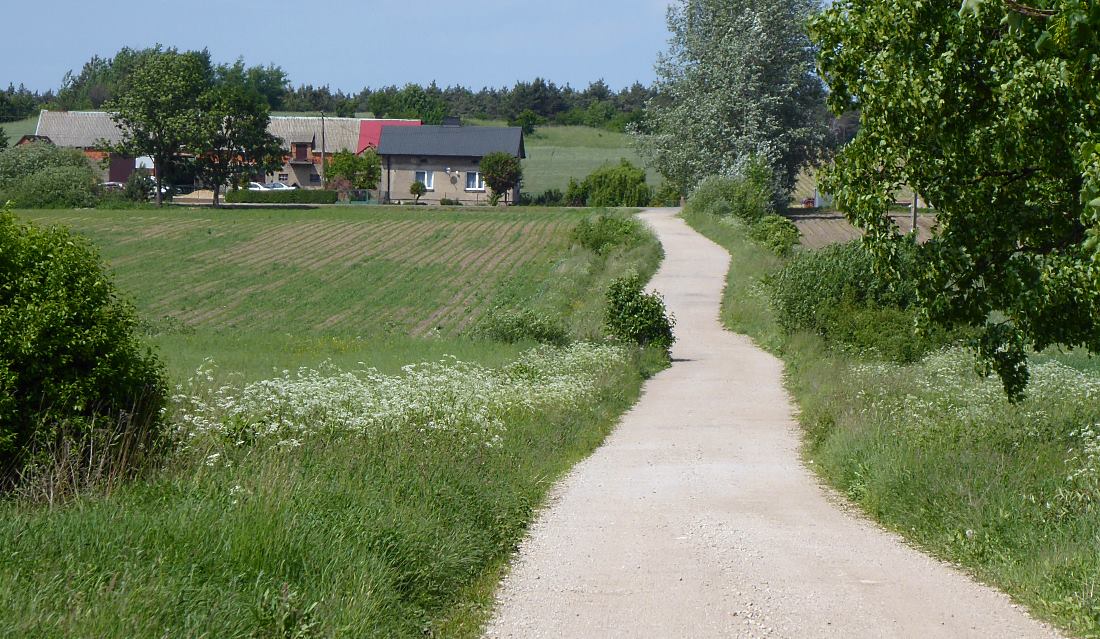 …and this sort of chalky or stony unmade track (pic), shortcutting between villages, I got to my remote rural guesthouse for the night.

I haven’t taken my bike into the room, because you know what it’s like when tyres are all gritty and dusty with bits of gunge stuck in the tread? That’s what they’d be like after being wheeled across the floor. It’s clearly not seen a vacuum cleaner for quite a while.

But it’s nice to be in the middle of nature, and hear natural sounds such as the chirp of birds and the evening chorus of insects. I just wish so many of them weren’t in my room.