A short day today, with the now-familiar range of riding: quiet back lanes where I was more likely to encounter a deer or hare than a car, farm-track shortcuts to test my front suspension*, bumpy cycle paths through woods ditto*, and fast main roads with wide shoulders that are effectively noisy, but safe, cycle lanes.

A feature of the fast main road (between Kowal and Włocławek) was the presence of garden chairs left out by the side of the road. Who on earth would want to sit and watch traffic all afternoon?

The zloty dropped a little further along when I saw a couple of the chairs occupied. By heavily made-up women wearing long coats and extravagant footwear, chewing gum and scanning their mobile phones. Ah.

Anyway, I got to my destination of the workaday town of Włocławek (pic) by lunchtime. This was partly with forecast afternoon thunderstorms in mind (though they never really arrived), and partly because I had bits of admin to do, such as buying train tickets out of Poland next week*, or restocking on razors**. 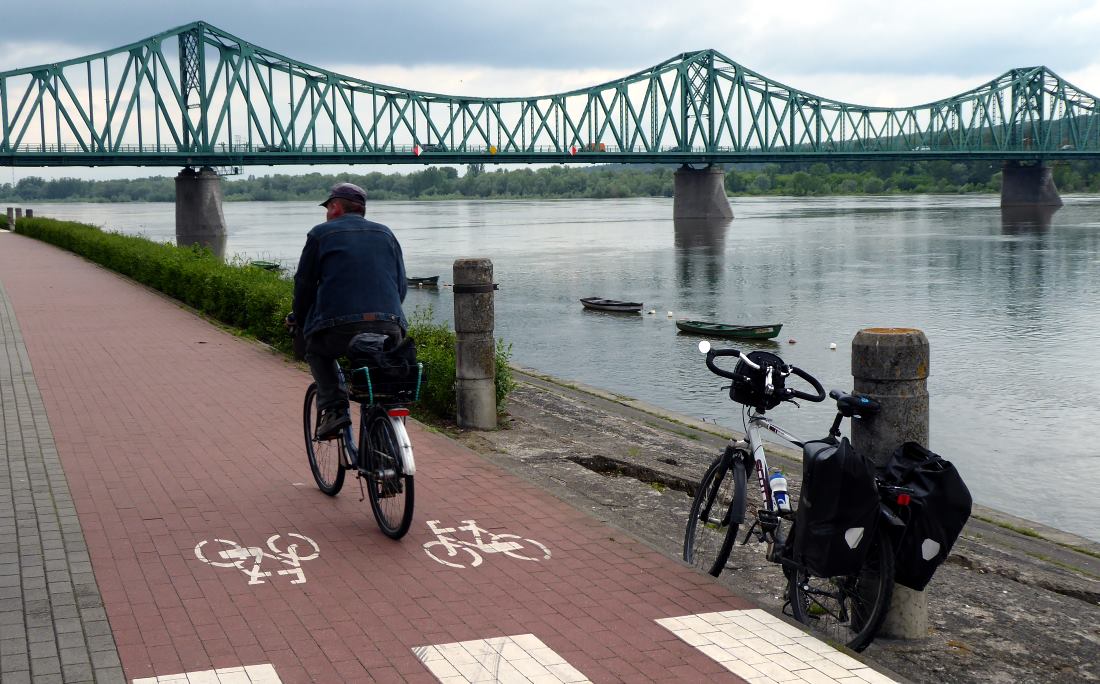 Here, I said hello again to the Wisła (pic), Poland’s longest river. I last saw it in Kraków, and from now I’ll be following it more or less all the way to Gdańsk. For scenic beauty, it’s probably up there in the top ten of world rivers that have a letter ‘ł’ in their name.

The hotel internet was down, so my plans for an evening of internet admin, booking accomm and so on, were scuppered. I had to spend the evening spotting the franchise programmes on Polish TV. So far I’ve seen Who wants to be a millionaire, Come dine with me and Big Brother. Even though I can’t understand a word, I know exactly what’s going on.