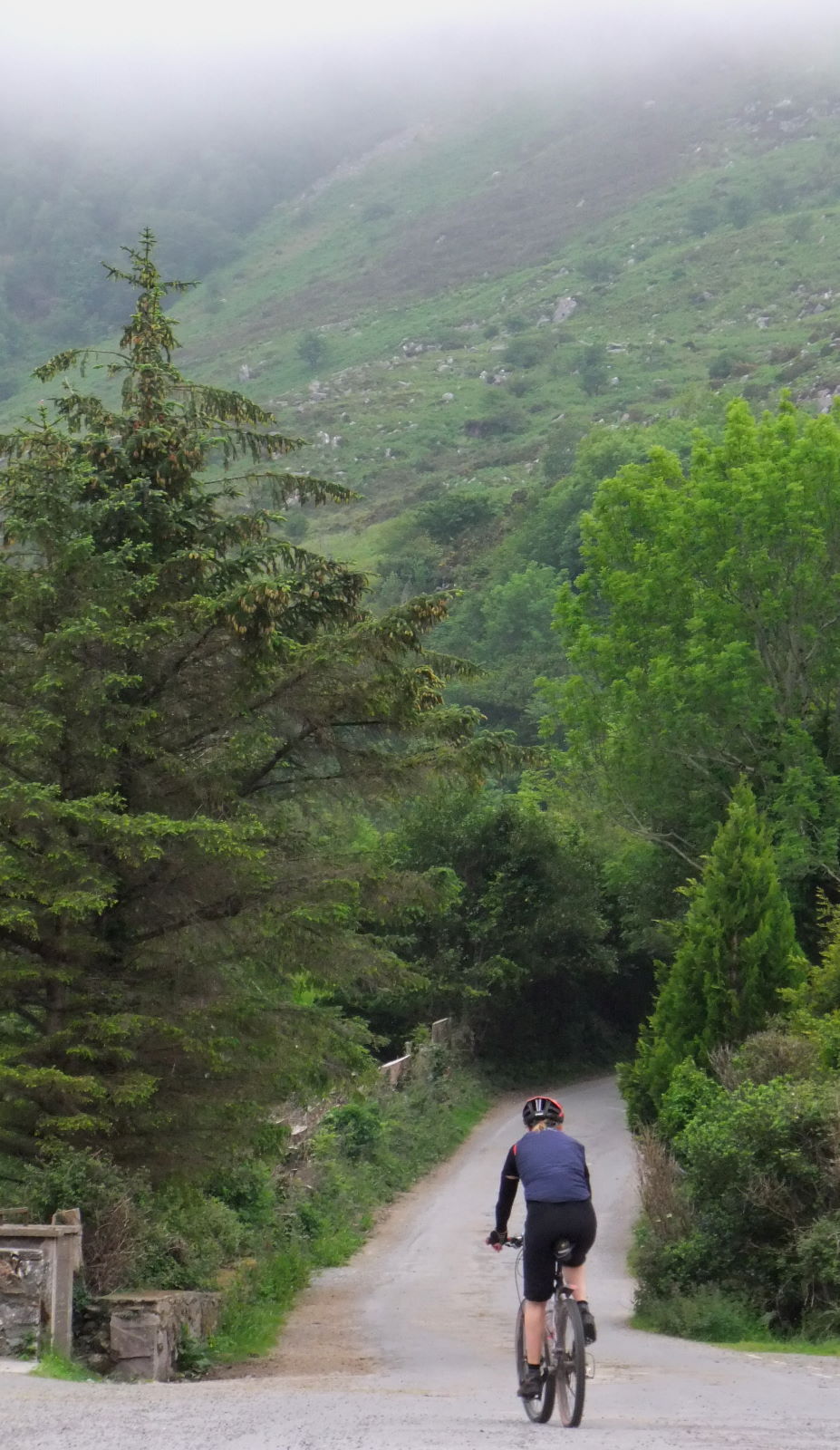 A short circular ride today to the Gap of Dunloe (pic), as I’m in Events Organiser mode, preparing a surprise birthday party for later today when I meet up with friends back at the hostel.

The road up to and over the Gap is, a sign advised me, ‘primarily restricted to Horse & Trap, Ponies, Walkers, Residents Access to Accommodation & Business Purposes’.

Hmm; nothing about cyclists. Perhaps I can claim ‘business purposes’ seeing as I’m blogging about it? 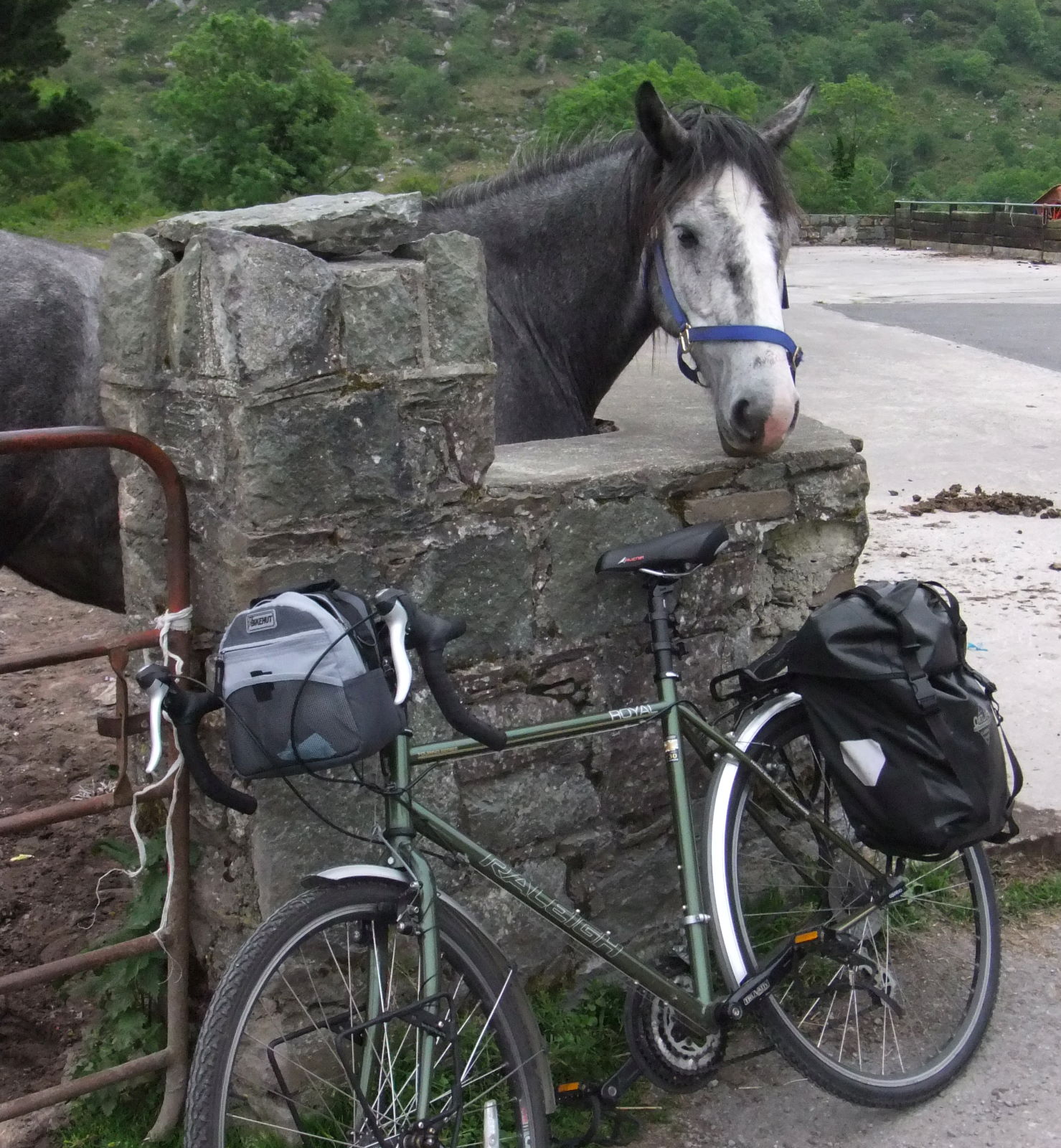 There were tempting signs for rides in horse-drawn carriages up to the top. But I thought, be careful: it could be a trap.

This horse was having a day off (pic), anyway.

Given the dodgy weather – cloudy, foggy, grey – I don’t blame her. 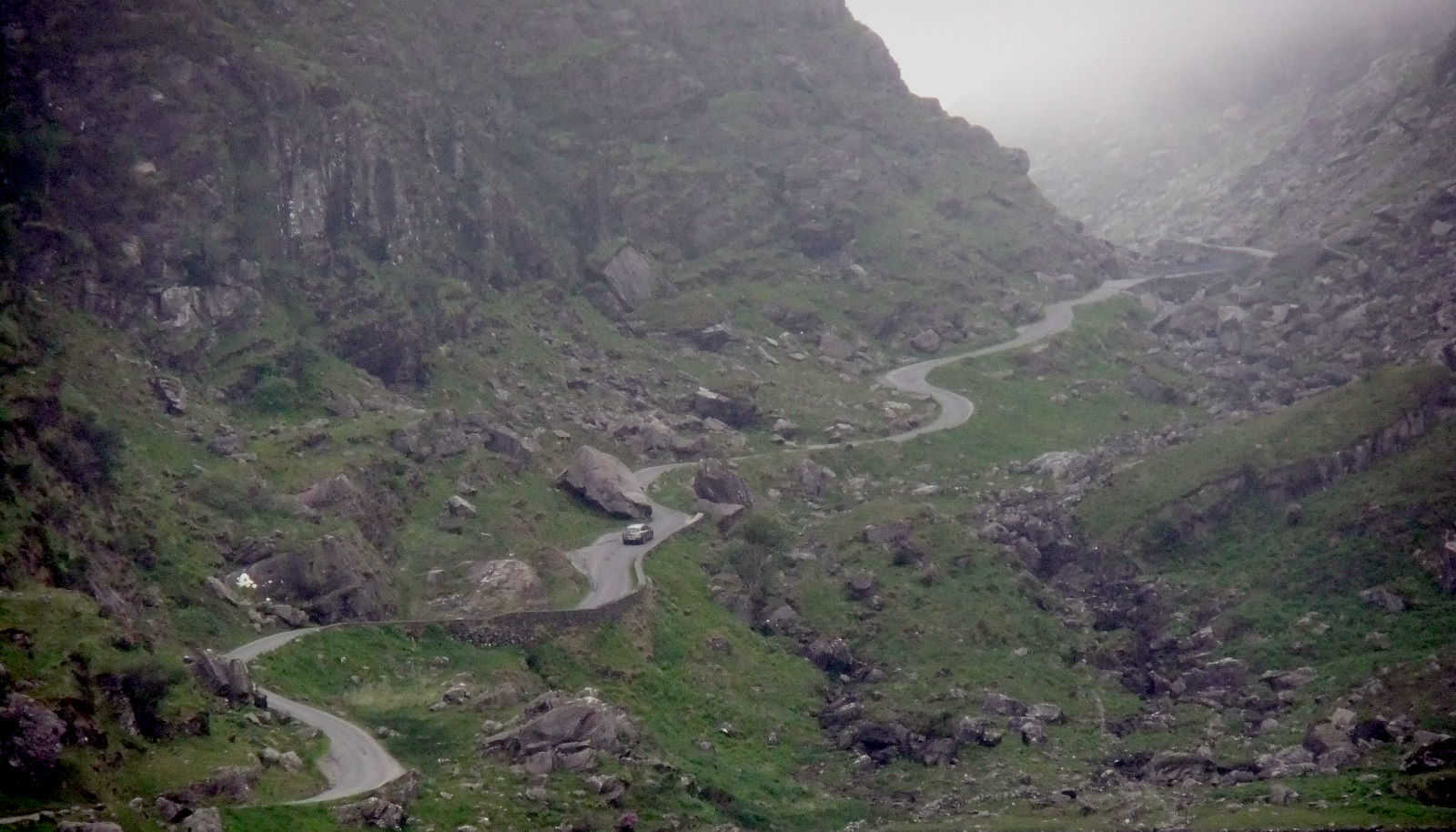 The climb up to the col is called Madman’s Seat, a name that would be rejected today for both sexism and derogatory attitudes to mental health.

Which reminds me of the joke: I just saw Suggs at a march celebrating diversity. I thought, that’s Madness gone politically correct.

Anyway, the top was swamped in cloud, which did make me a bit mad, but it made the drop out of the mist shortly after on the other side a revelation. Black Valley suddenly appeared, glowing in soft-focus sun through the clouds. 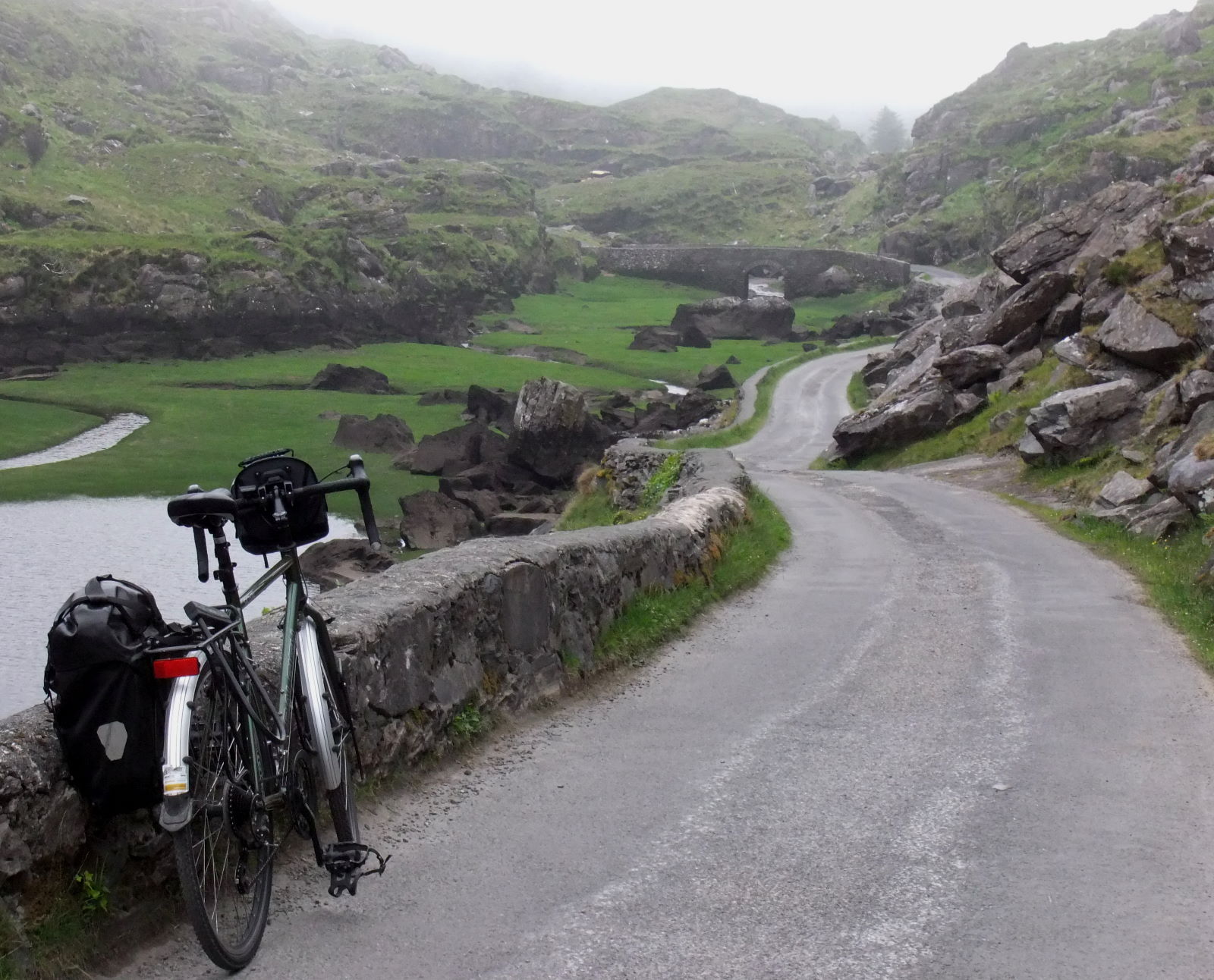 I swizzled down to Brandons Lodge, which had a nice little bridge and a tearoom. A lakeside track got me back to my hostel at Killarney via the Torc Falls.

They weren’t all that impressive, to be honest. They could torc the torc, but I wasn’t convinced they could worc the worc.

Back in Killarney I shopped for the evening’s event (at Aldi, so none of your cheap rubbish). I was being joined on the next few days’ ride by my friends Si and Sue, her brother Paul and his wife Christine – and as it was Si’s birthday, I took the excuse to get some cakes and booze in (pic).

Yes, I iced the cake, but it’s about the nearest I’ll ever get to building a bike. Anyway, it proved a very sociable evening.