My progress down west-central France continued with a day of mile-eating on lightly-trafficked main roads under cloudy, sometimes drizzly, English-like skies. 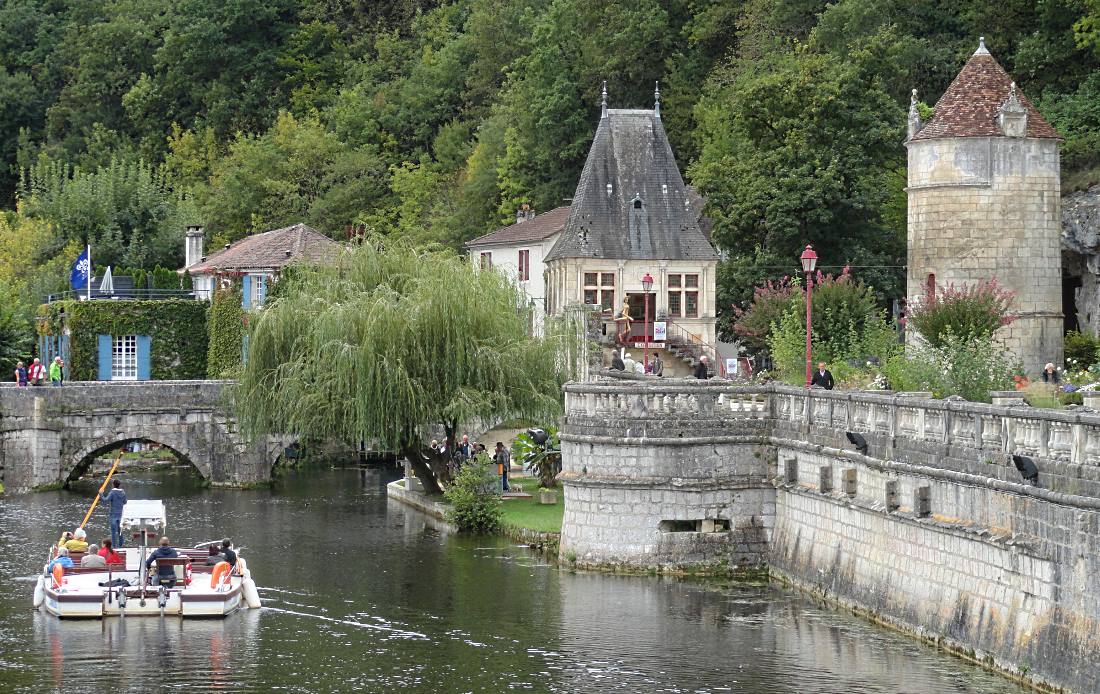 The theme continued in the picture-postcard Dordogne town of Brantôme (pic). I wondered why so many French visitors had such drab dress sense and spoke such clumsy English. Then I realised they were English. 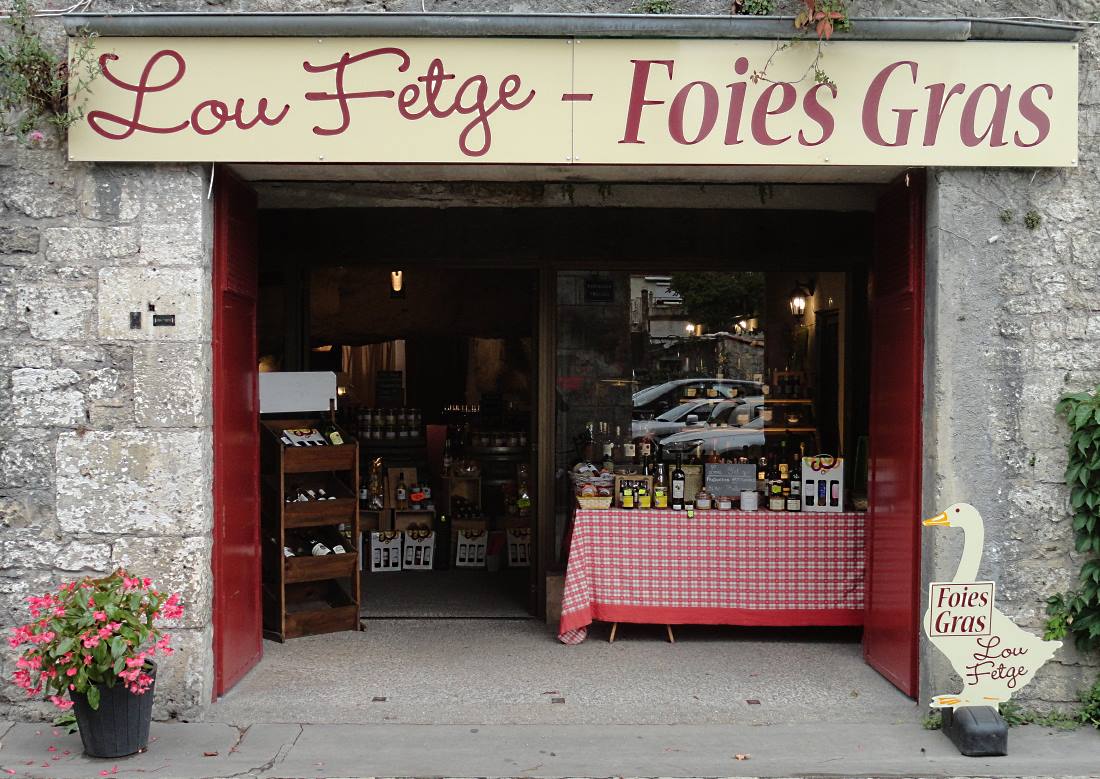 Indeed, the English are everywhere in this part of France. Half the people I stop to ask directions, or to enquire where there’s a cashpoint that actually works, turn out to be expats. Anyway, here’s a picture of a shop that sells only foie gras (pic). 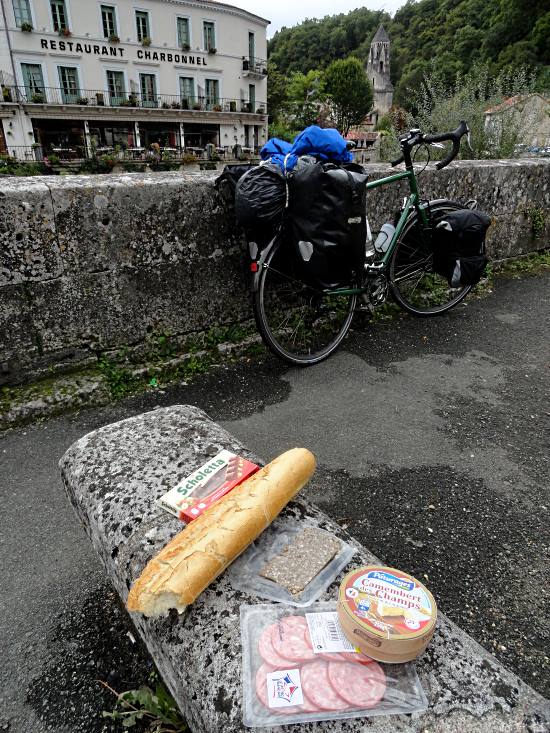 In England that shop would be an appallingly exploitative and cruel operation that would be Twitterstormed out of existence immediately. Here, it’s just part of the culture.

In other words, I’m not even sure it was open.

My appetite piqued, I had another picnic lunch overlooking yet another riverside view in Brantôme (pic). No geese were harmed in the making of this meal.

This final picture of Brantôme, of the pont coudé, ‘elbow bridge’. Named presumably after the English tourists all elbowing each other out the way to take selfies.