I’d decided on a rest day in L’Isle-Jourdain, given the forecast of downpours and the lovely B&B. But the sun came out around ten, and I got itchy feet – I really must get some new trainers – so I set out again.

The way out of L’I-J was via the viaduct (pic). Britain isn’t the only place with railtrails from lines closed in the 1960s. This one goes majestically across the Vienne river, which I followed south all day. The Vienne moves slowly, is underrated, and is shallower than you think, so we clearly have a lot in common.

I managed to avoid rain all day, despite the gloomy predictions on www.meteo.fr, though I’m getting a bit tired of headwinds. Still, the scenery was good, especially when the route dived down to river-straddling towns such as Confolens with its ancient bridge (pic). Old customs still survive here, such as shops being closed on Mondays, just when you’re desperate to buy some ham or cheese to go with your baguette. 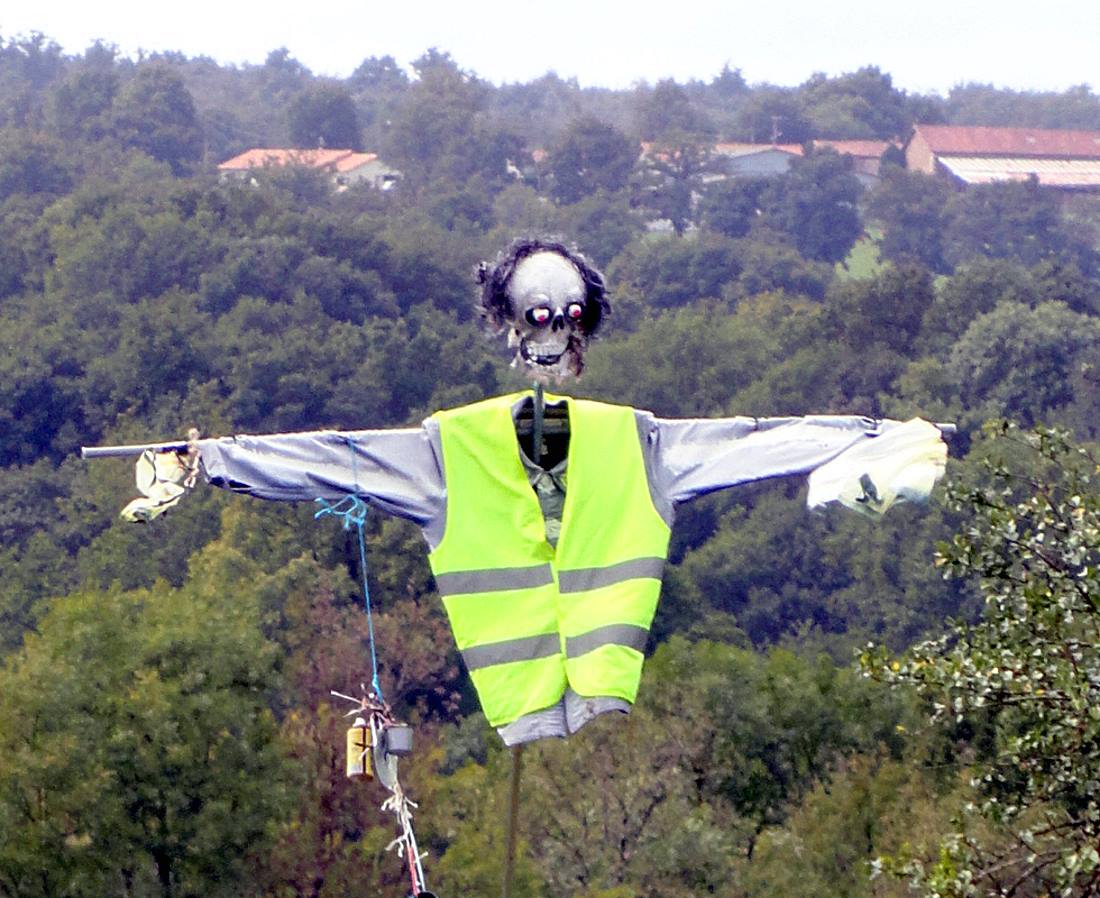 Still, there was lots to enjoy in the rustic landscape. Such as this scary scarecrow at the village of La Brousse (pic).

I see Health & Safety has even made it to rural France: he’s wearing hi-vis.

Presumably he’s excused having to wear safety specs because, being a skull, he doesn’t have ears.
Miles today: 40
Miles since St Malo: 369