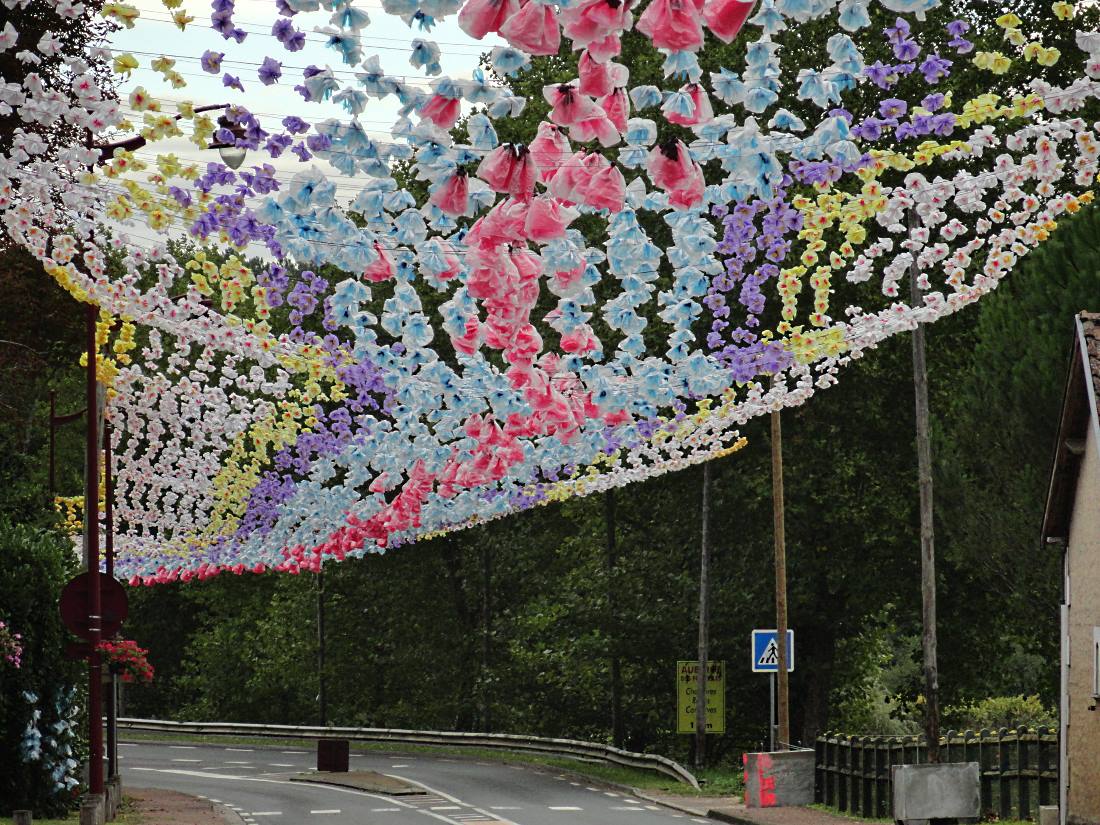 A whole day’s rain-free cycling, despite forecast storms, on main roads. My morning coffee stop was in the town of La Douze, where they’d festooned the main street with these beautiful flowers (pic). Until I looked closer, and realised they were plastic bags. There’s an environmental disaster coming when they decommission this lot. 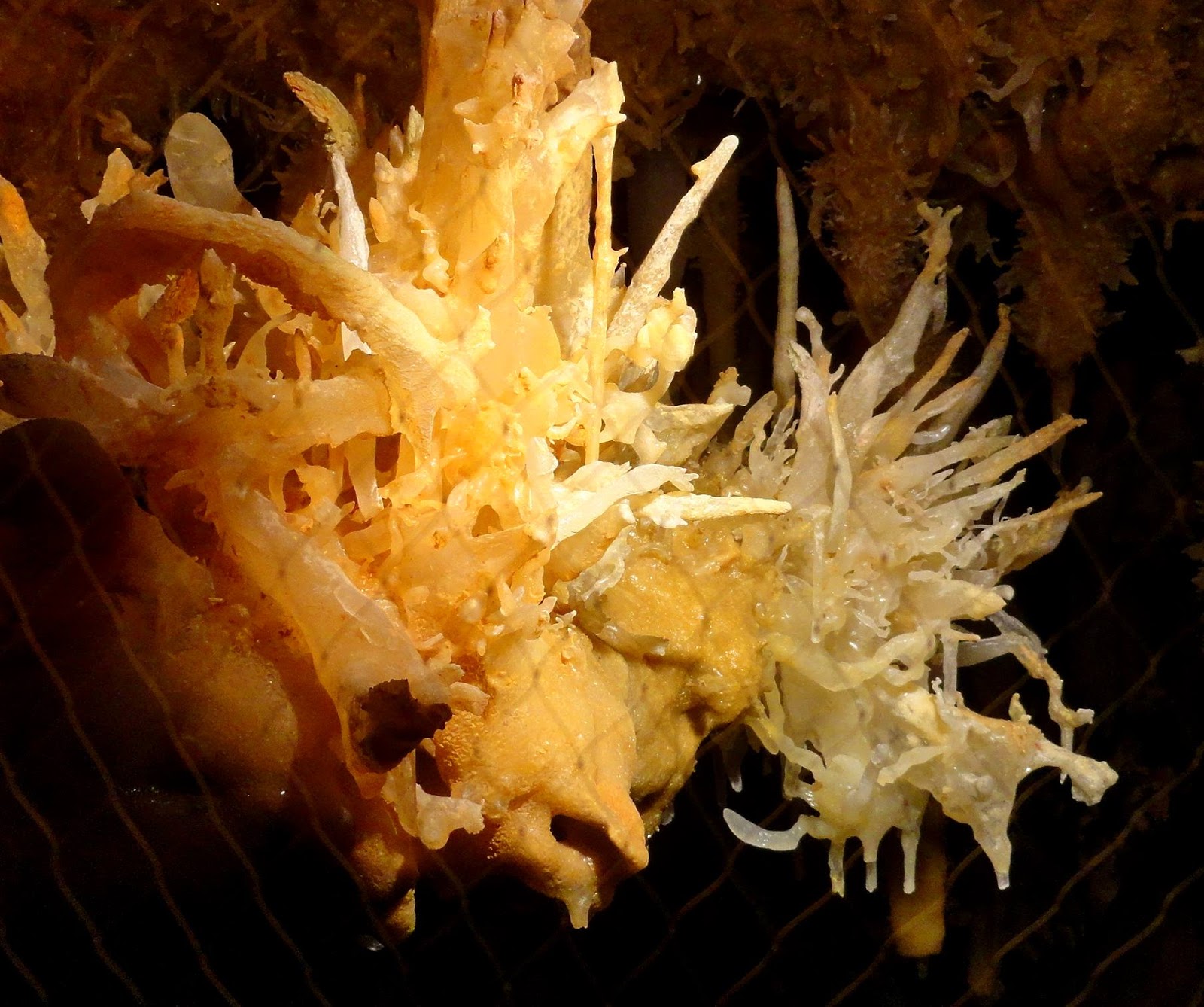 An easy run got me to Les Eyzies, the centre for all sorts of superb prehistoric sights (including the Lascaux caves). I dropped into the Grotte de Grand Roc, which had the most astounding selection of stalagmites I’ve ever seen. Rare conditions inside the cave mean they grow by capillary action, which means all directions. Some look more like coral (pic). Remarkable shapes elsewhere include a cross-handled sword, Madonna and Child, statue of Nike, and even a pig’s ear. Which is what I made of most of my attempted photos. 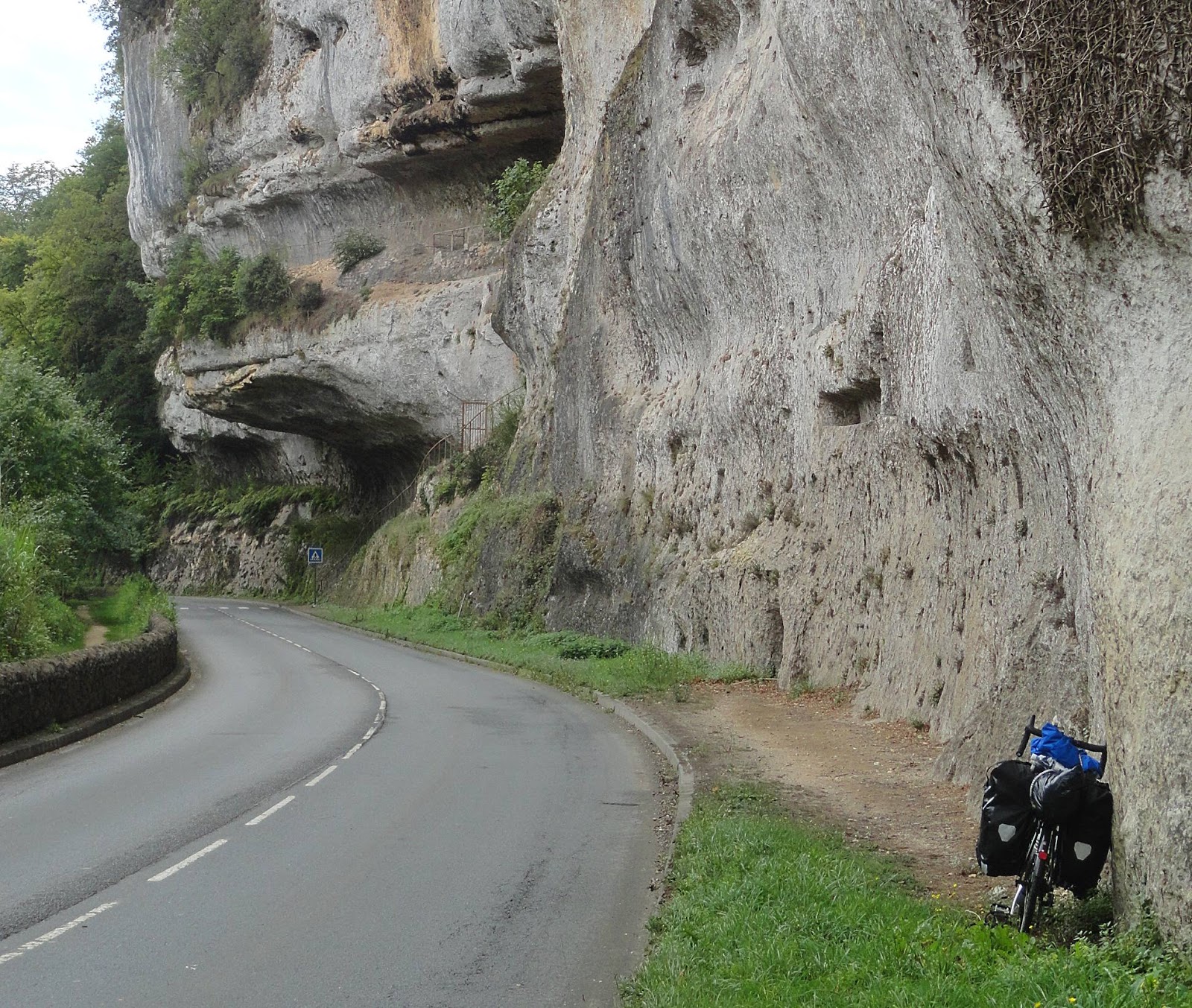 Cro-Magnon man flourished here 25,000 years ago, and you can visit many of the overhangs they used to live in, like this one (pic), though it must have been noisy being right on the main road. 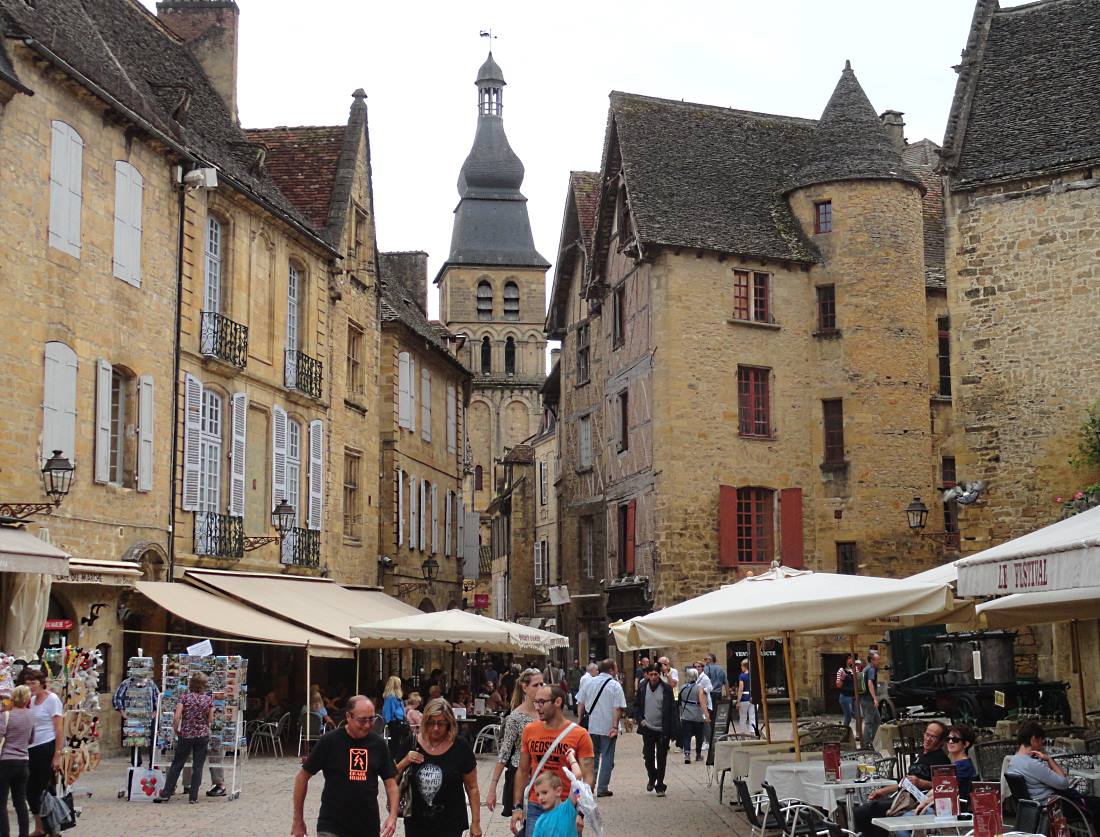 After lunch by the river in Les Eyzies, I continued to Sarlat, famous for its excellently preserved medieval old town (pic). After three nights of blissful luxury in hotels, I decided it was back to camping tonight. After all, the threatened thunderstorms held off all today. Right until I started pitching my tent. I knew I should have gone for a B&B…