An easy day today, the first half uphill in the Lot valley, the second half one long downhill. 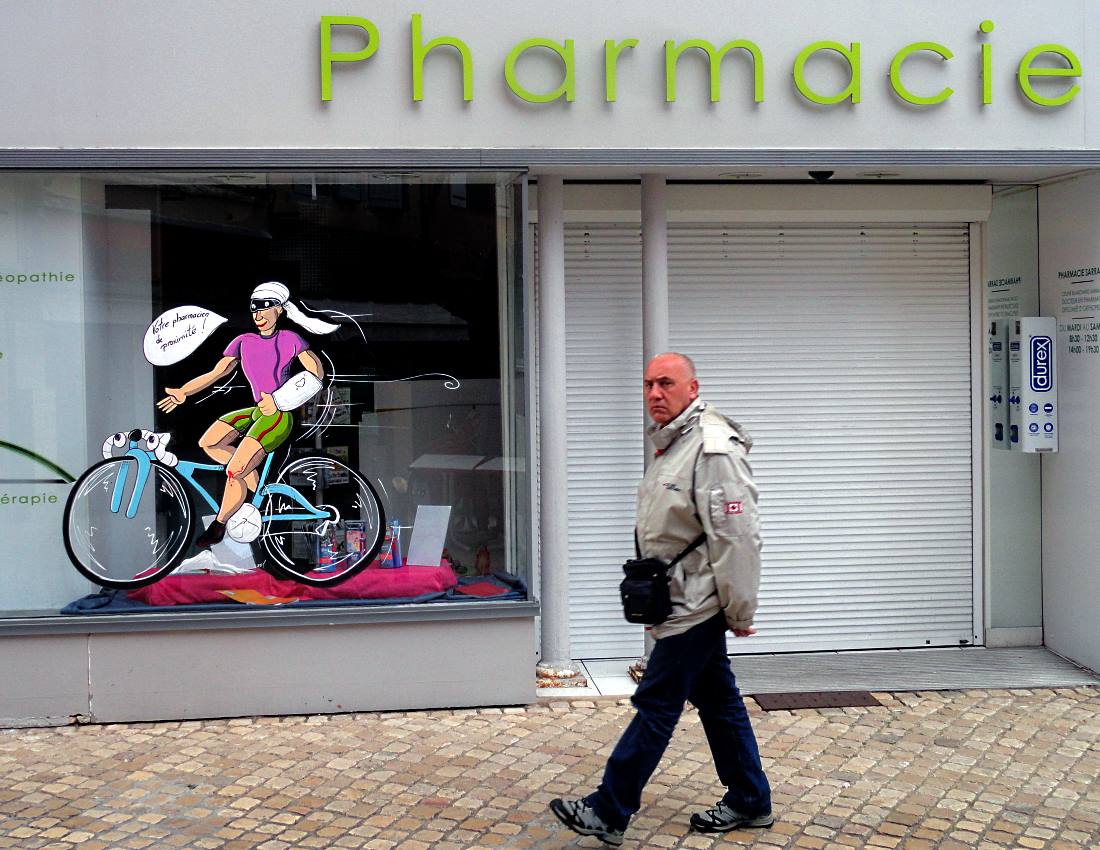 I slipped out of Mende – which is something of a mountain biking hub – this morning via the Old Town, where several shops have the same pro-cycling-message sticker in their window (pic). Not that this passer-by looked too pleased about it. 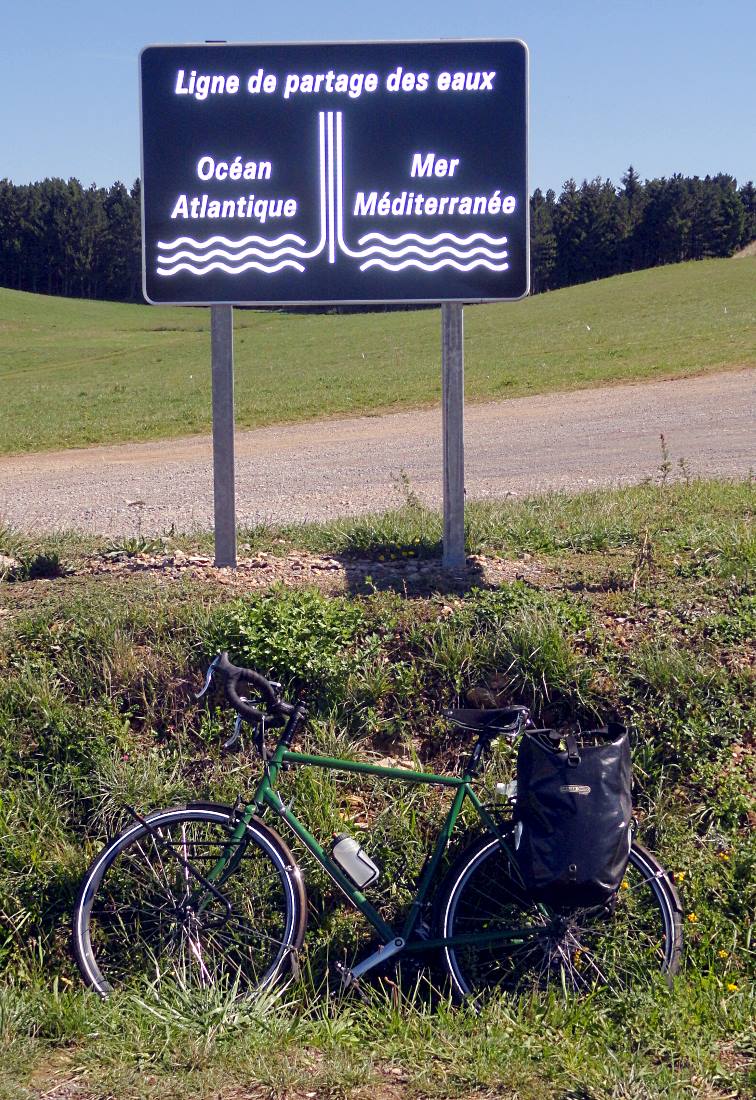 After twenty miles of so of climb, on a lovely sunny but fresh day, I reached the col marking the watershed between the Atlantic and the Med (pic). It would have felt more remote and thrilling, had it not been for the Carrefour supermarket half a level k up the road. 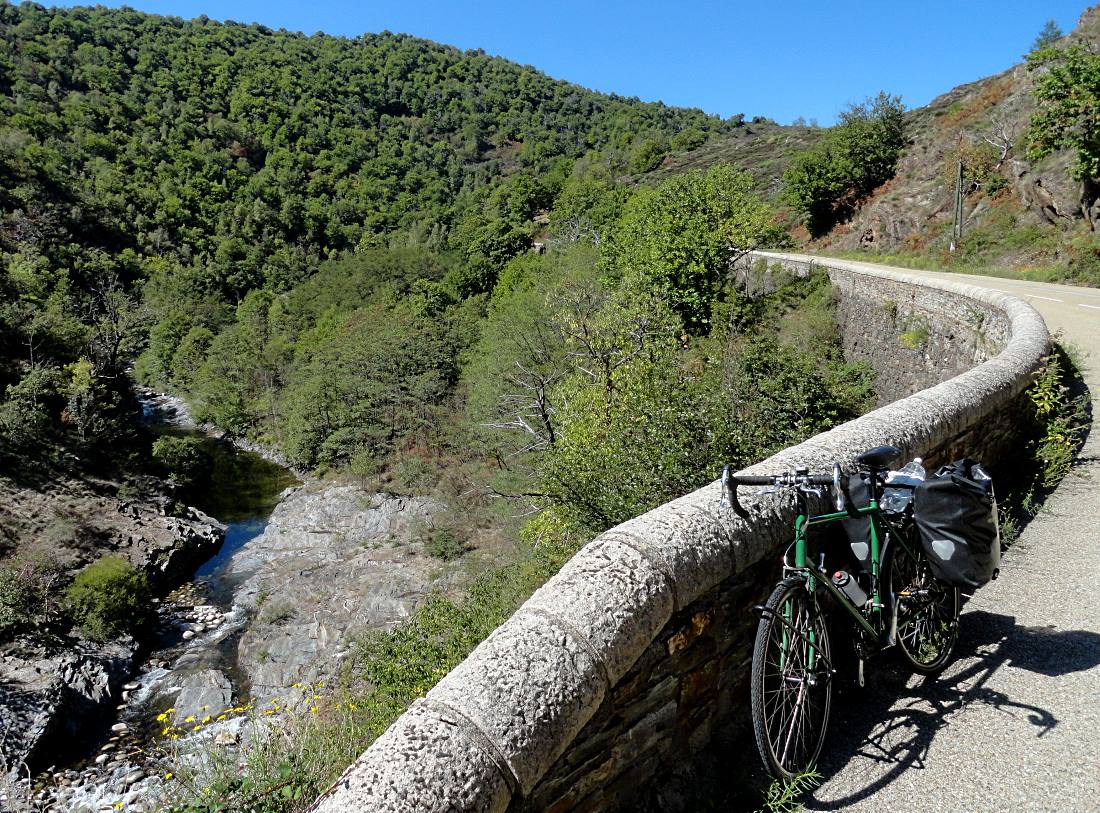 Clearly, then, it’s all downhill from here. Maybe. But the next 25km from the watershed to my destination of Villefort certainly was: many miles here and there without pedalling. And it was all a nice shallow gradient, enough to freewheel, but steady enough that you could enjoy the view (pic). 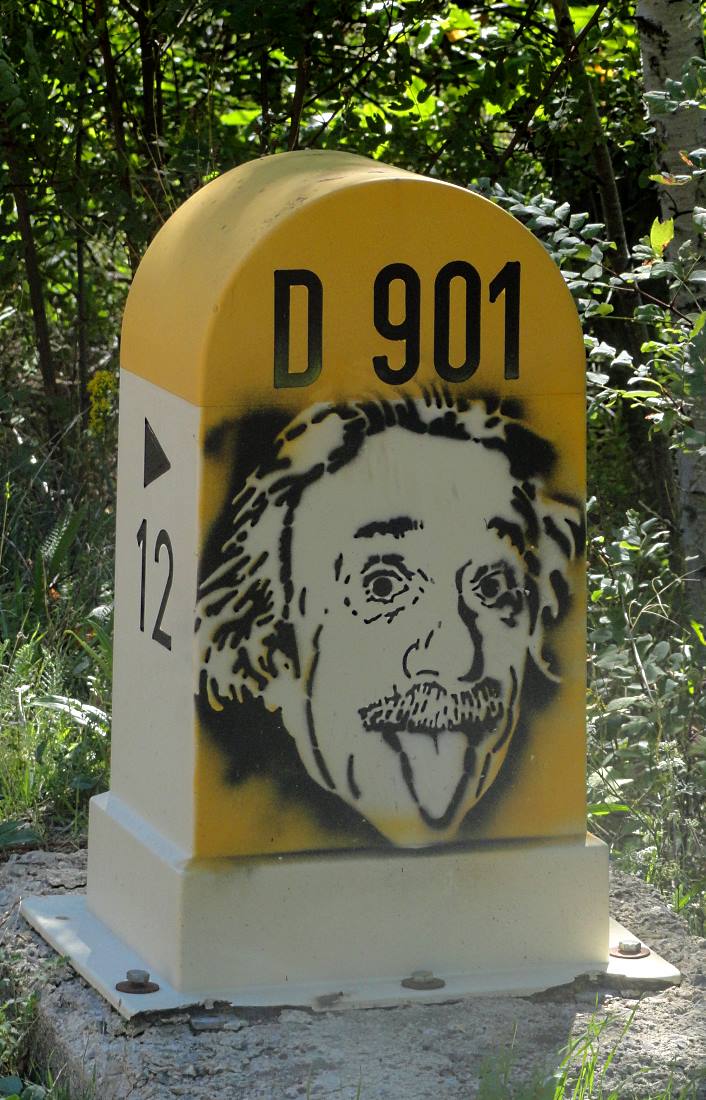 I’ve no idea what’s going on with this milestone, referencing Albert Einstein (pic). Who, famously, is quoted routinely as saying he ‘thought of [relativity] while riding my bike’.

Sadly, I’ve seen well-informed comment that says he never owned a bike during the time he worked on his ground-breaking theories.

I didn’t have any grand theoretical insights as I freewheeled down 15 miles to Villefort. I was only thinking of a nice cheap hotel, dinner, and a glass of wine. All of which I duly got. QED.
Miles today: 36
Miles since St Malo: 706