Today I crossed into the South of France. In the morning I was wearing woolly hat and gloves to skirt the Cévennes out of Villefort; in the afternoon I was baking under a hot cloudless sky.

I was about the only person baking, though. On Monday it seems almost all the boulangerie-patissiers close. My breakfast cake didn’t come till 3.30pm.

Anyway, after some easy climbing and glorious downhilling through fab countryside (nine miles of freewheel into Les Vans!), the day was shaped by the dramatic limestone gorge of the Ardèche. The key sight is Pont d’Arc, a natural arch (pic) which made for a fab picnic lunch spot.

I thought about Wild Swimming here, but the water was far colder, and far faster flowing, than it looks. So like everyone else there I settled for Wild Paddling instead, which doesn’t sound quite so promising as a niche book. 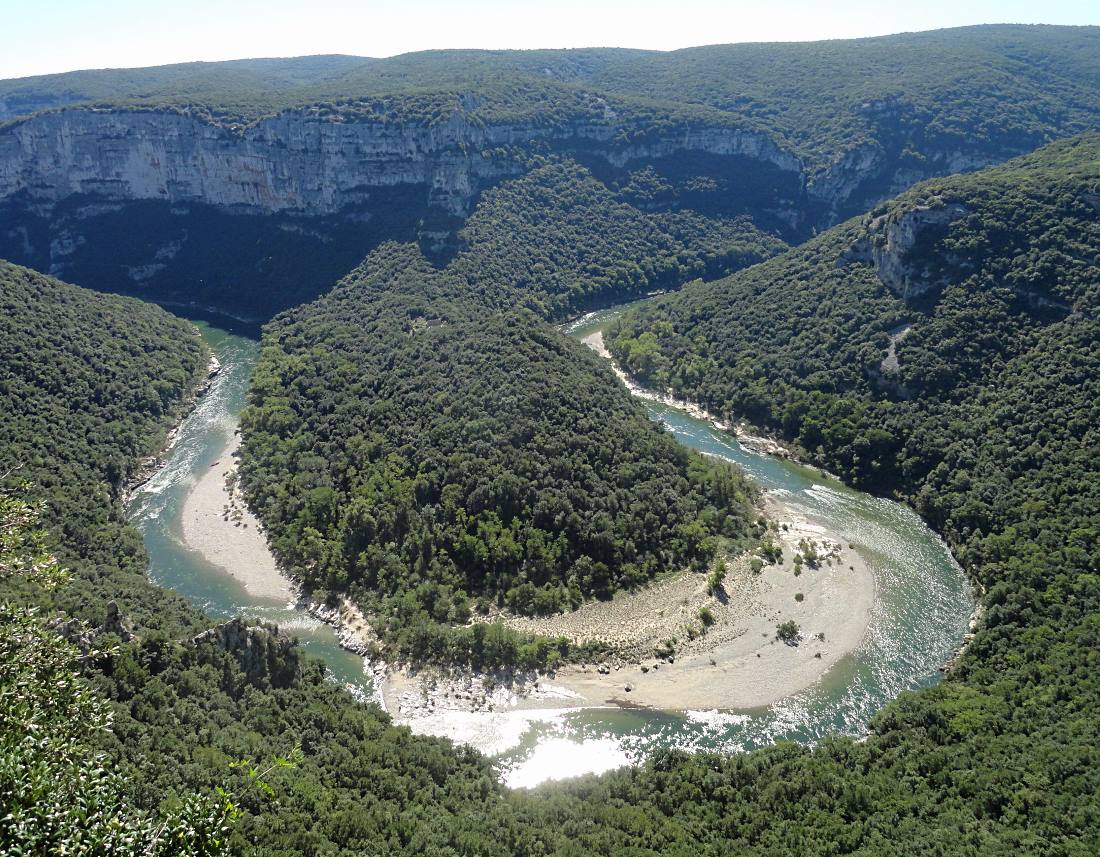 From here was an annoyingly up-and-down road overlooking the Ardèche and its many sinuous bends (pic). I couldn’t help thinking wistfully of 16 years ago, when I canoed this stretch with someone I love. Lots of water under the bridge since then, but luckily I’m insured for that. 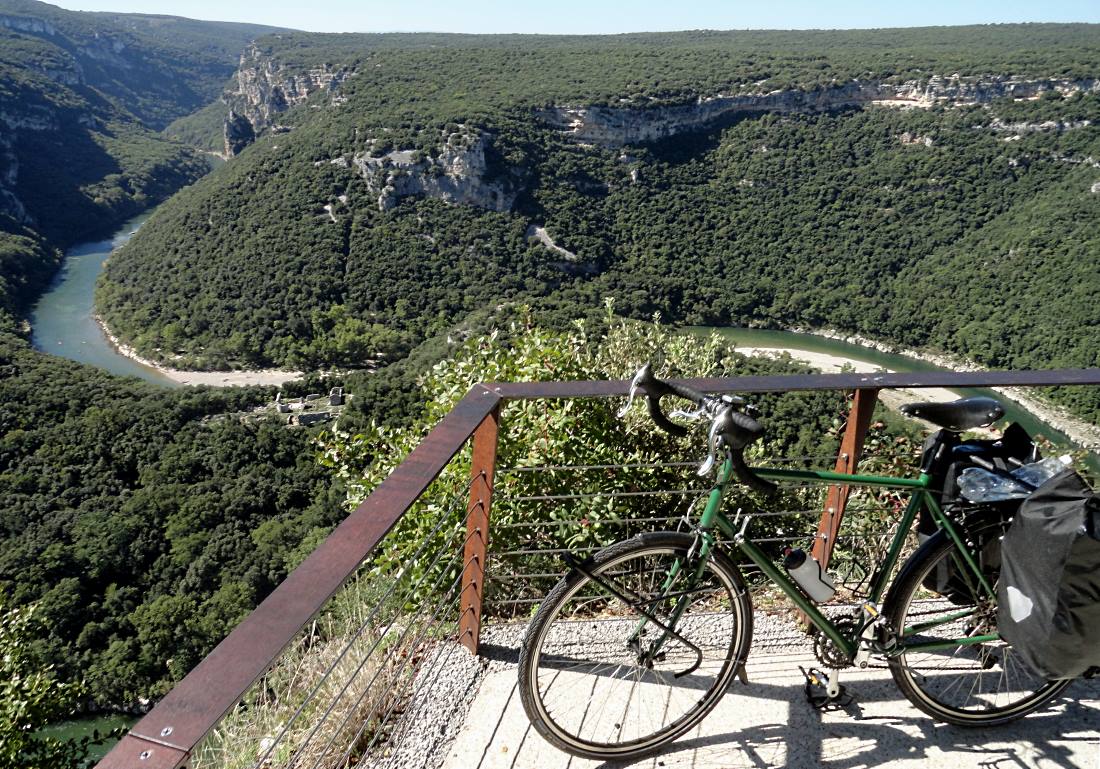 The stupendous views just kept coming, with regular balcons giving vistas over the gorge (pic). When they weren’t blocked by Germans in cars taking up all the best viewing positions. 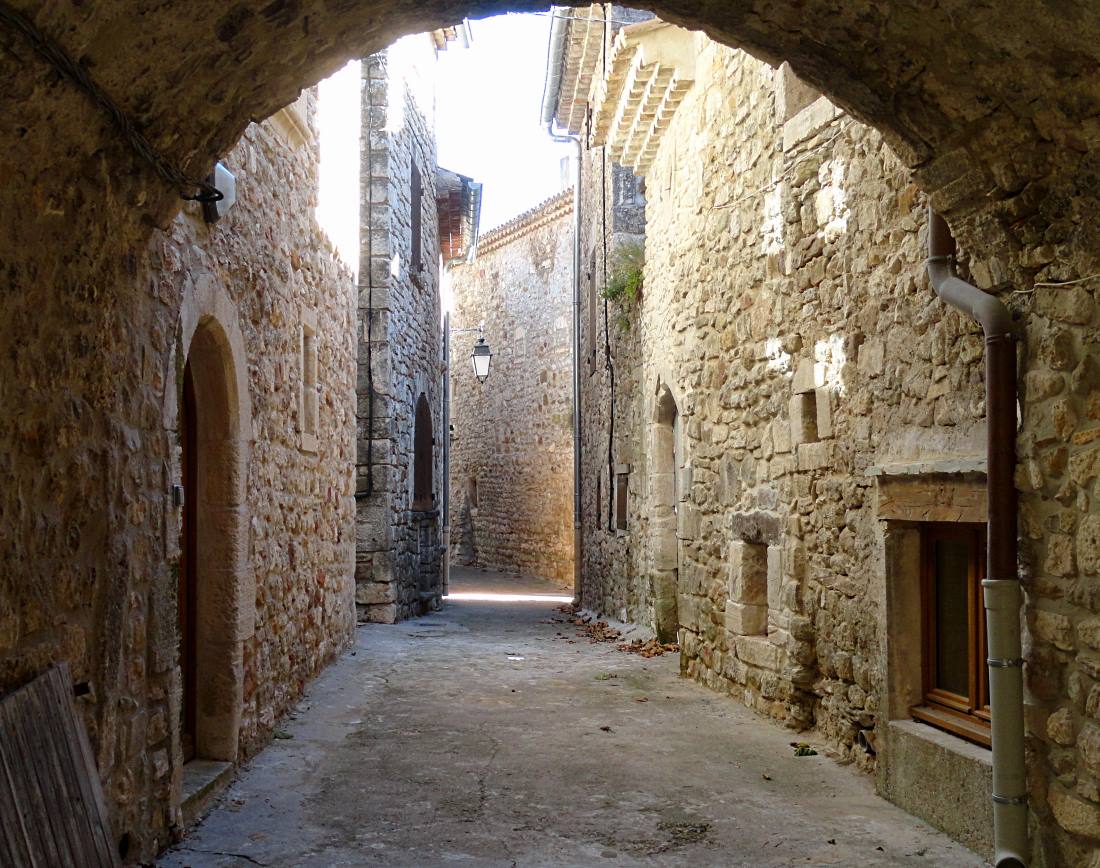 I had a look round Aiguèze, the suggested overnight stop in my guidebook, and one of France’s 156 Most Attractive Villages (yup, there’s an official list).

As you can see, its medieval lanes and alleys are totally unspoilt by anything such as cash machines, patissiers or off-licences. So instead I’m spending the night in the nearby town of St Martin d’Ardèche.