After two lovely and memorable days, today was a rather routine, even dee you double-ell. I’m near the End of the End to End, and I want to finish things and get on with the rest of my life, assuming there is one. 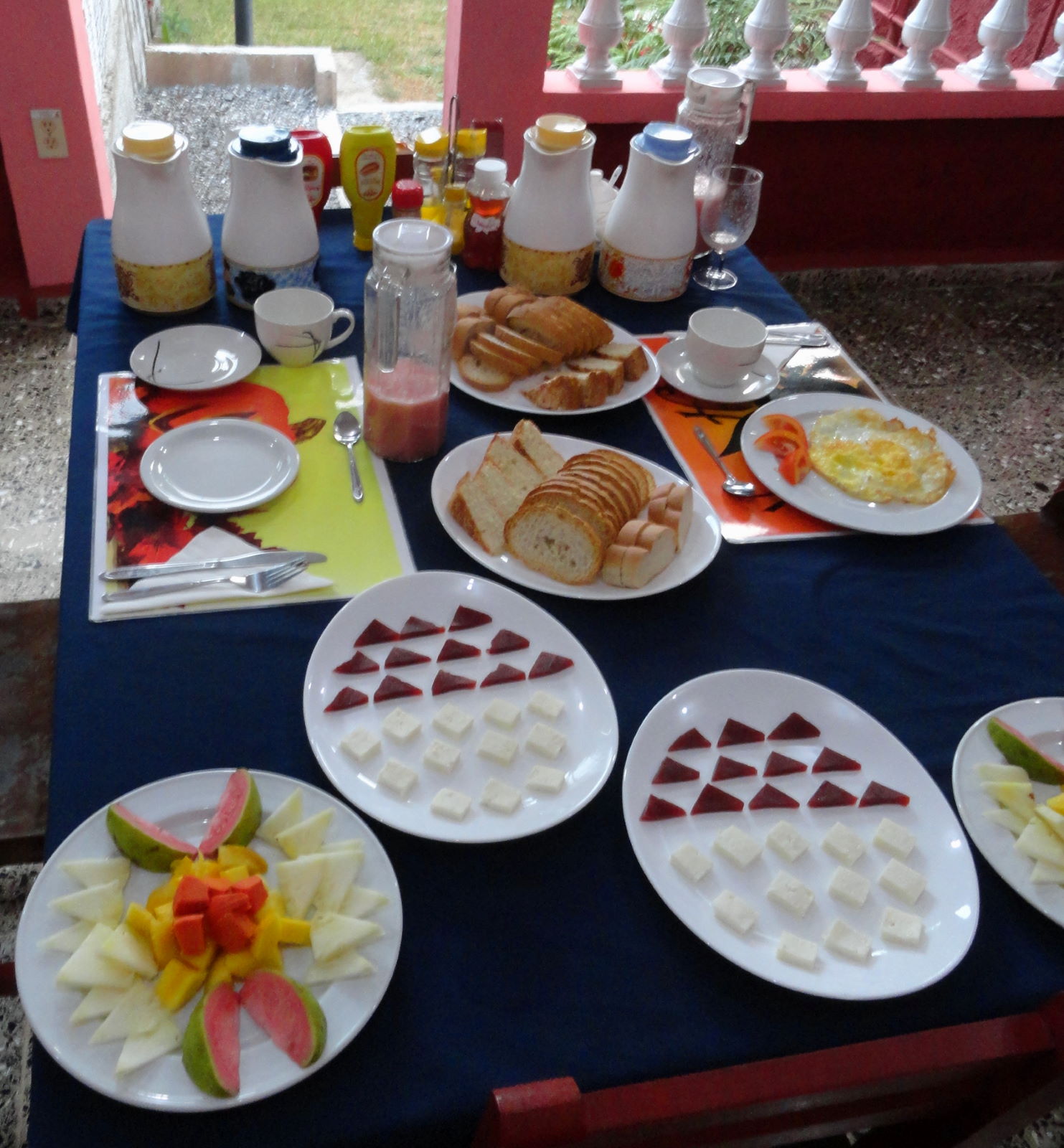 My lovely casa in Soroa supplied a stylish fruit-based breakfast (pic), sculpted like a modernist artwork. I was tempted to write a white card:

BREAKFAST by Casa Soroa. Mixed media, 2015. Blurring boundaries between notions of literal, and artistic, sustenance, Soroa’s work, laboriously constructed entirely from locally sourced fruit, not only references Quixotic idealism, hinted at in the manchego cheese and ironic quince jelly, but also Cubist (and hence ‘Cuba-ist’) principles of deconstruction and recomposition, and patterns recalling traditional native art, which challenge the viewer with questions of innocence versus experience, authenticity versus commercialism, and co-operation versus exploitation, as they are confronted with the ‘sustain/consume’ dichotomy.

And after that… a rather forgettable day, down the hill to the plains and along a mostly deserted autopista. This picture of a car park was about as interesting as sights got (pic).

I had a refresco stop at the little town of Santa Cruz, and then punctuated a pleasant, flattish jaunt along the little-trafficked Carretera Central with another drinks stopoff at Fierro. 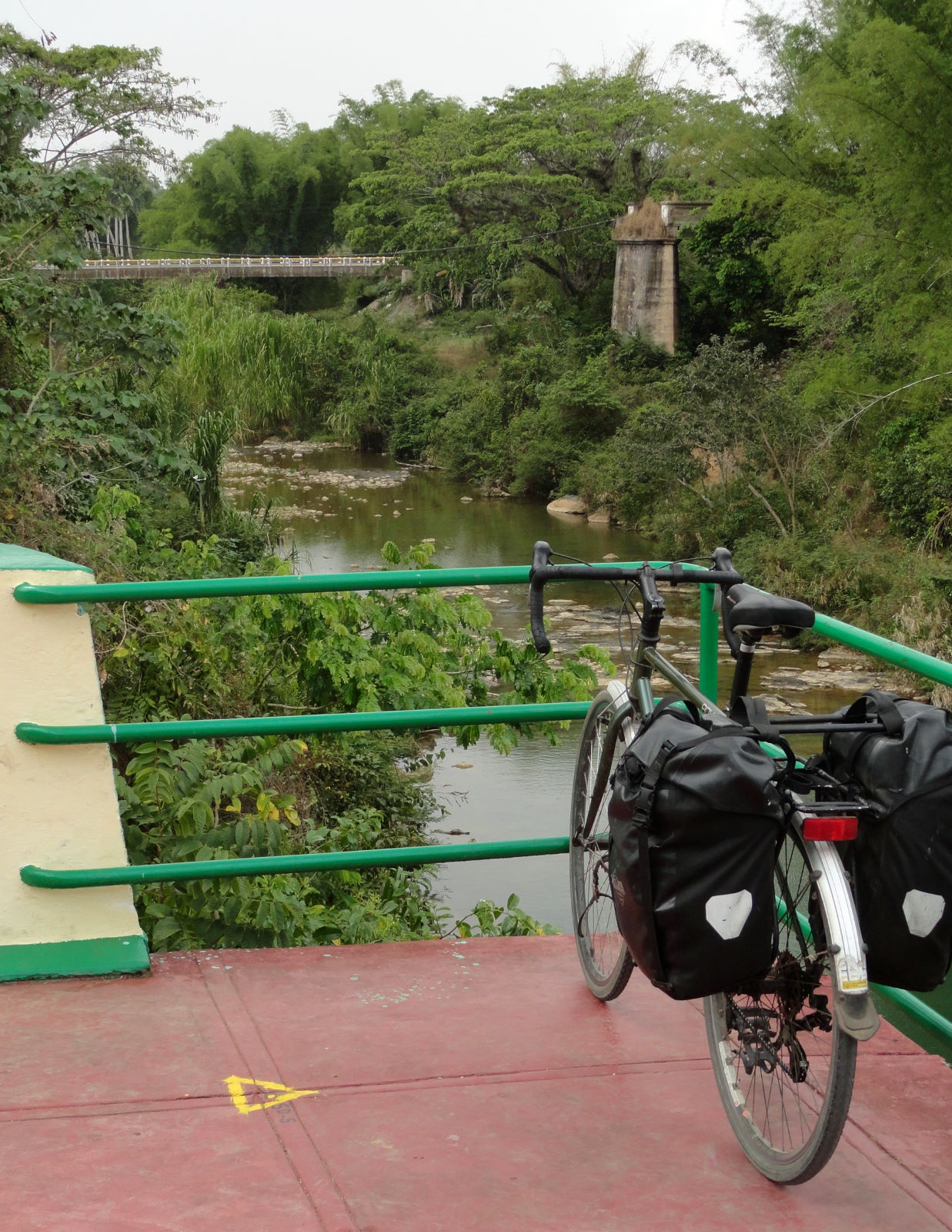 I arrived at the purported spa town of San Diego de los Baños, with its hot springs (pic), just as a light shower started.

This was, however, the only contact with water outside a bathroom I had in the town: the Balneario and Termas were closed for refurb.

Accommodation was suboptimal too. My intended hotel, adjacent, was said to be full, despite there being no sign of any guests. The other hotel, in town, was Cubans-only. I found an adequate casa but it was a bit unfriendly.

Ice cream seemed the only food available at non-hotel-ripoff prices; I eventually found a good, if pricey, pork steak in a local restaurant. 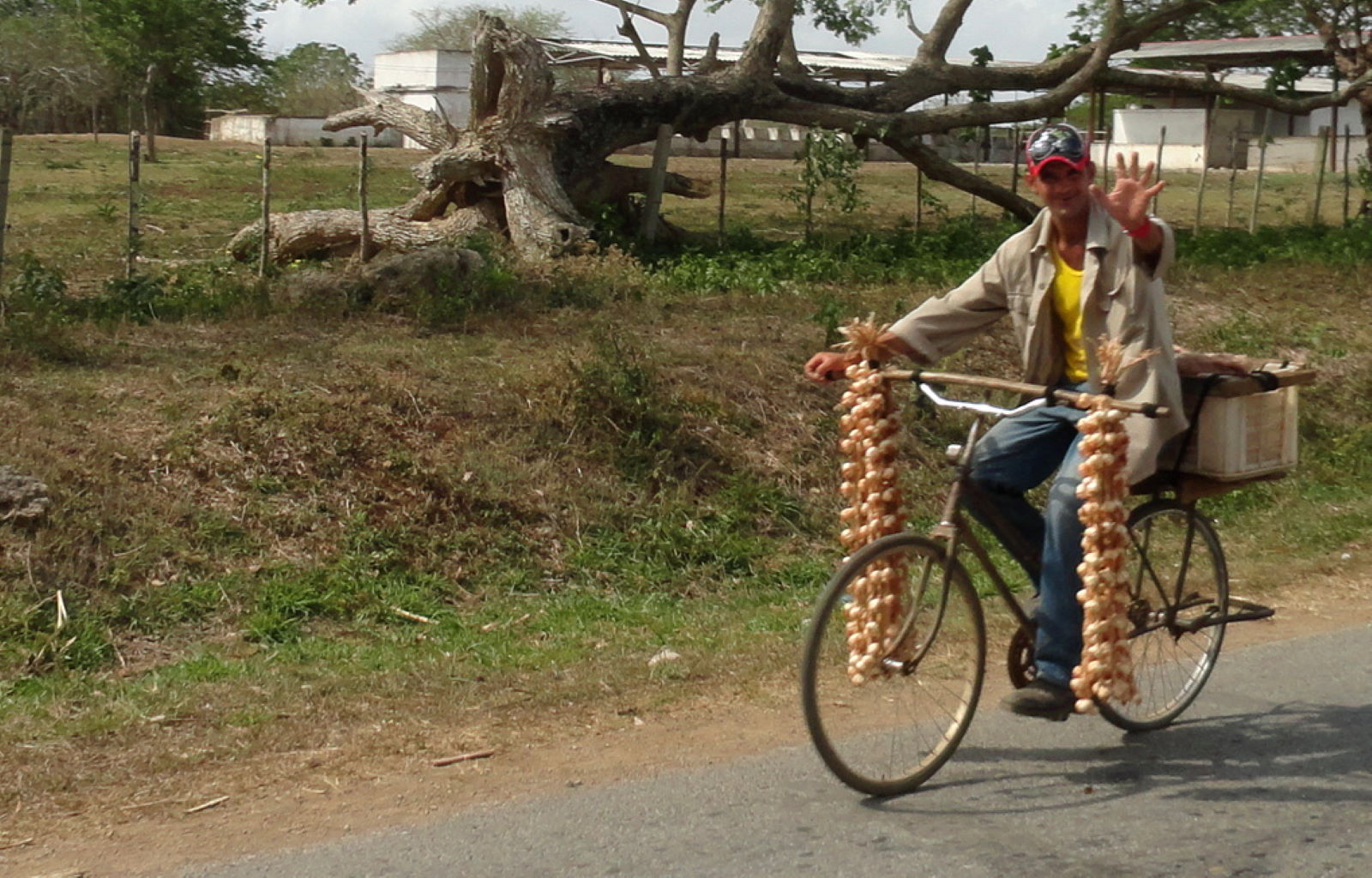 My sunset stroll was pleasant enough, though, past trotting horsecarts, young people playing baseball in the park, families taking a dip in the river, and the odd friendly garlic-seller (pic), and I found a stall for some refrescos.

I had a quiet, sober, early night. Just now, over a thousand miles on from Baracoa, I’m mentally weary, and keen to finish my ride.