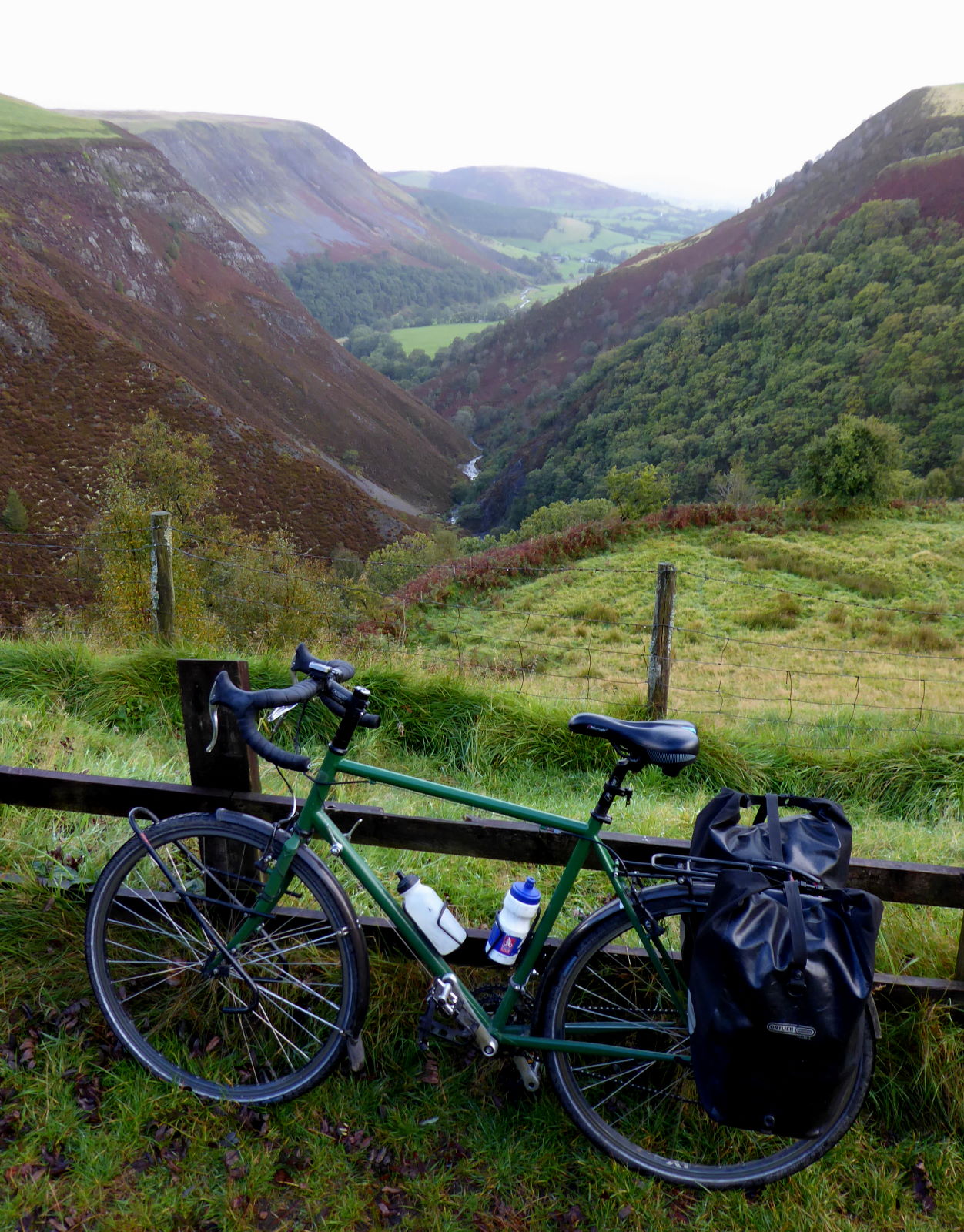 An early start, into the sheepy fields. I climbed laboriously up the mountain road towards Machynlleth past Dylife Gorge (pic).

I was heading towards the highest point on the Lôn Las Cymru after Gospel Pass – 510m above sea level, and usually 100m above bottom of the cloud level.

Indeed, when I did this bit of the LLC in 2000 it was thick, thick cloud. The furthest thing I could see was my shoes. 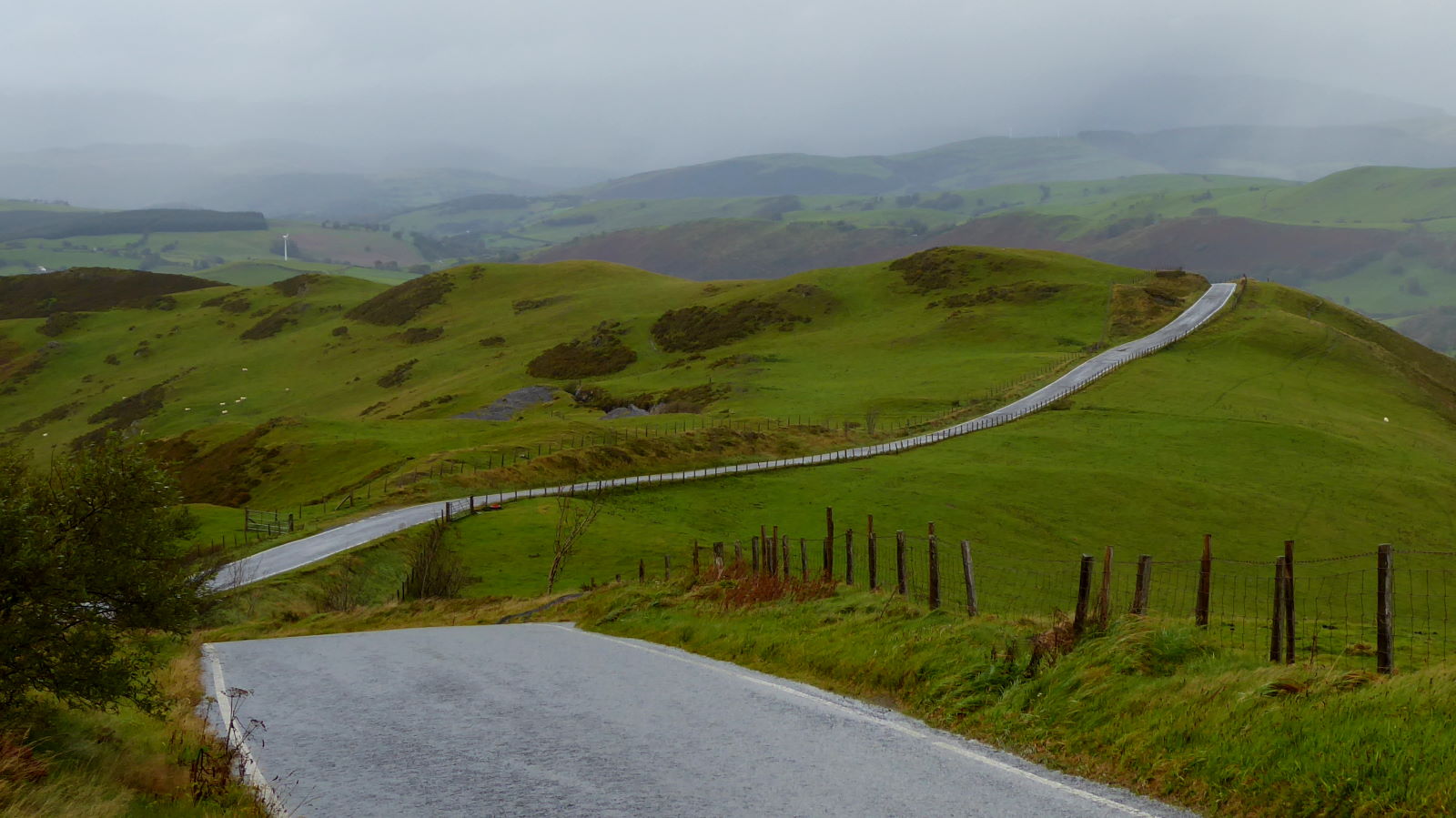 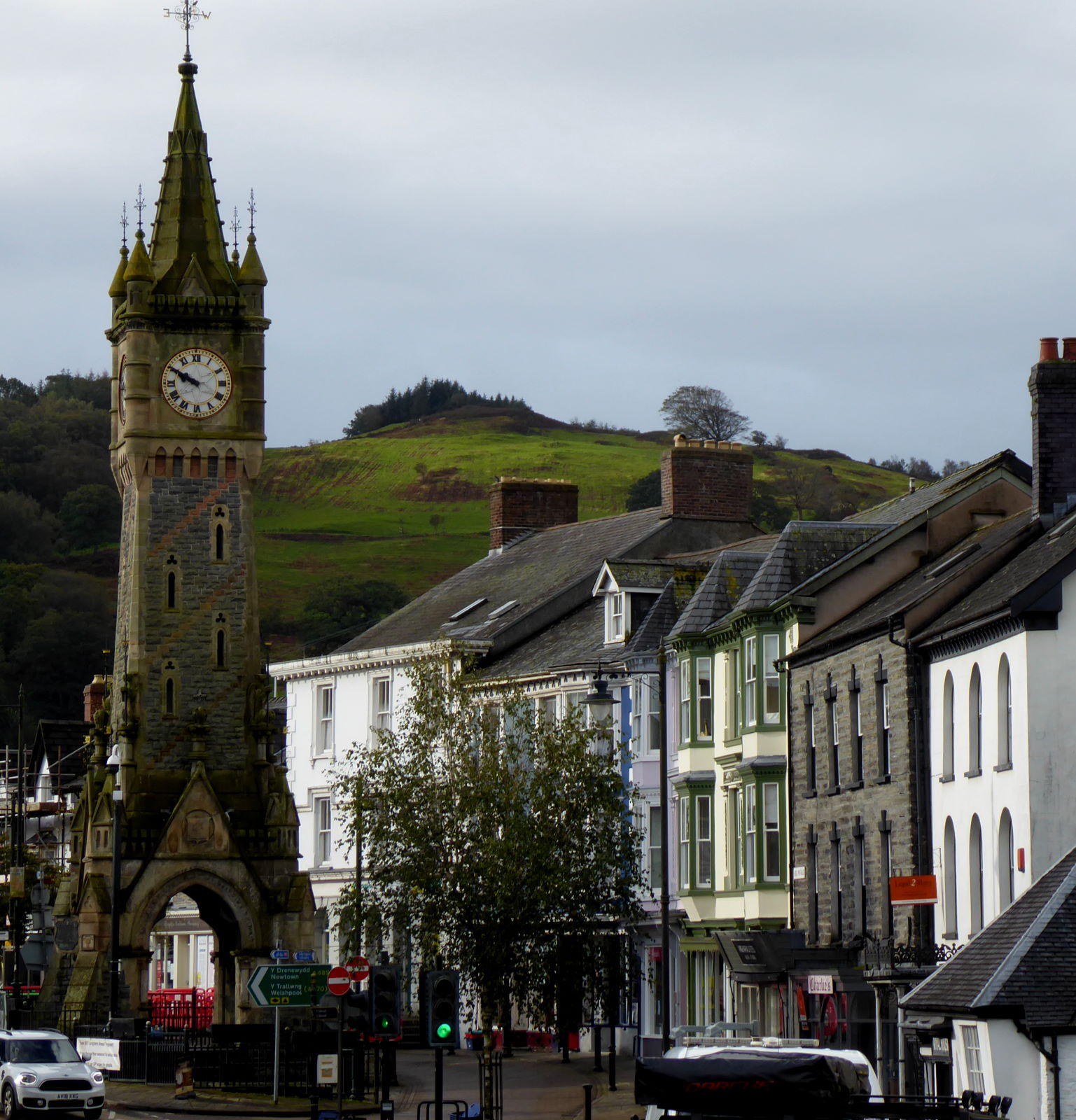 It was a downhill whoop into Machynlleth (pic). I searched for the famous landmark called Y Cloc, but obviously that’s Welsh, so I couldn’t understand what to look for.

I passed through here in 2013 on a bike ride with my chum Tim, and we won the pub quiz in the White Lion. Our prize was two bottles of Bucks Fizz, which we ended up leaving for the cleaner. 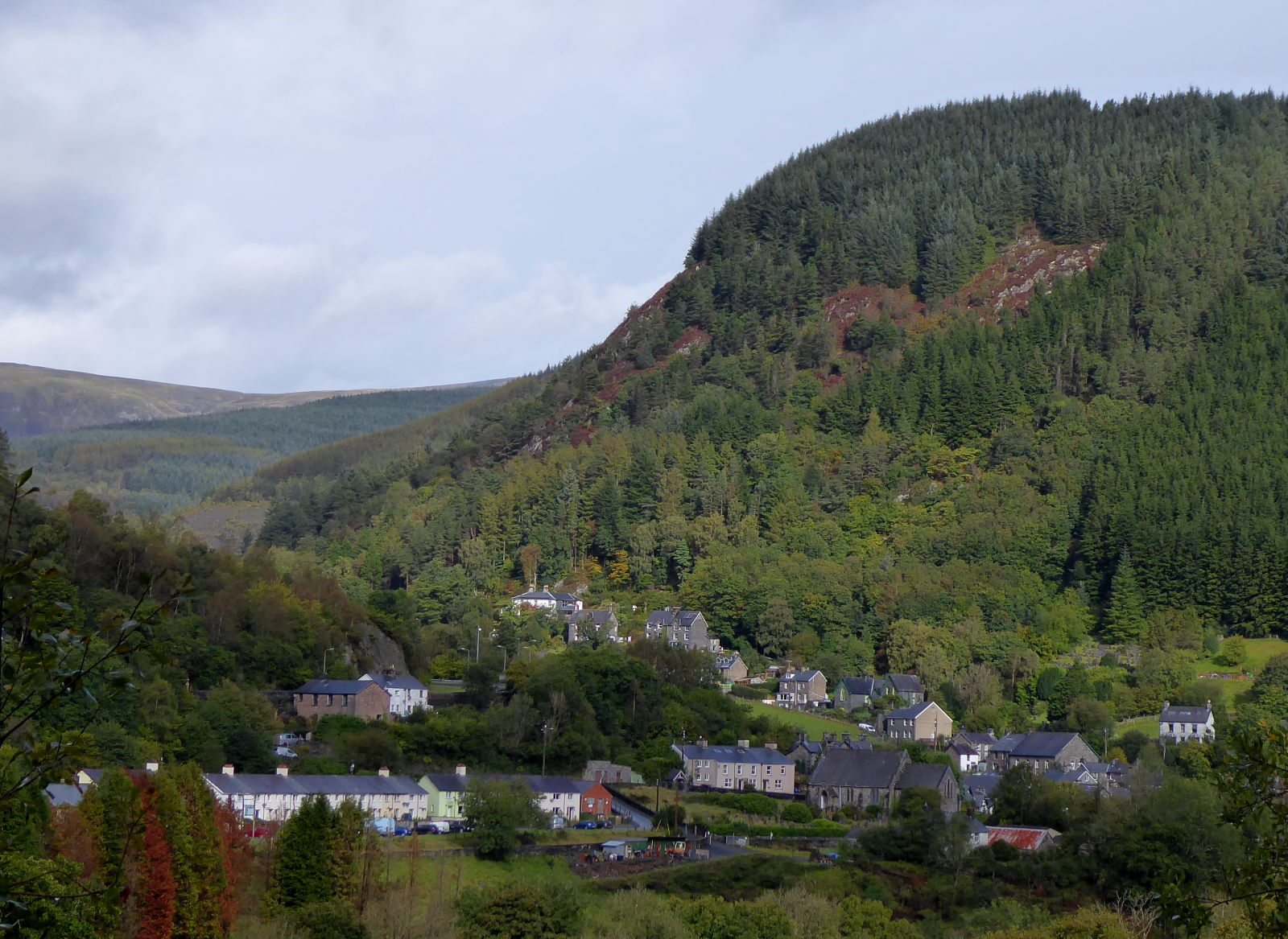 From here towards Dolgellau is one of the most splendid and Welsh-feeling stretches of the LLC, on a tiny lane that parallels the main road over the other side of the river through fragrant pine woods. I’ve been here, to pass or to stay at Corris (pic), several times and it’s always been raining. 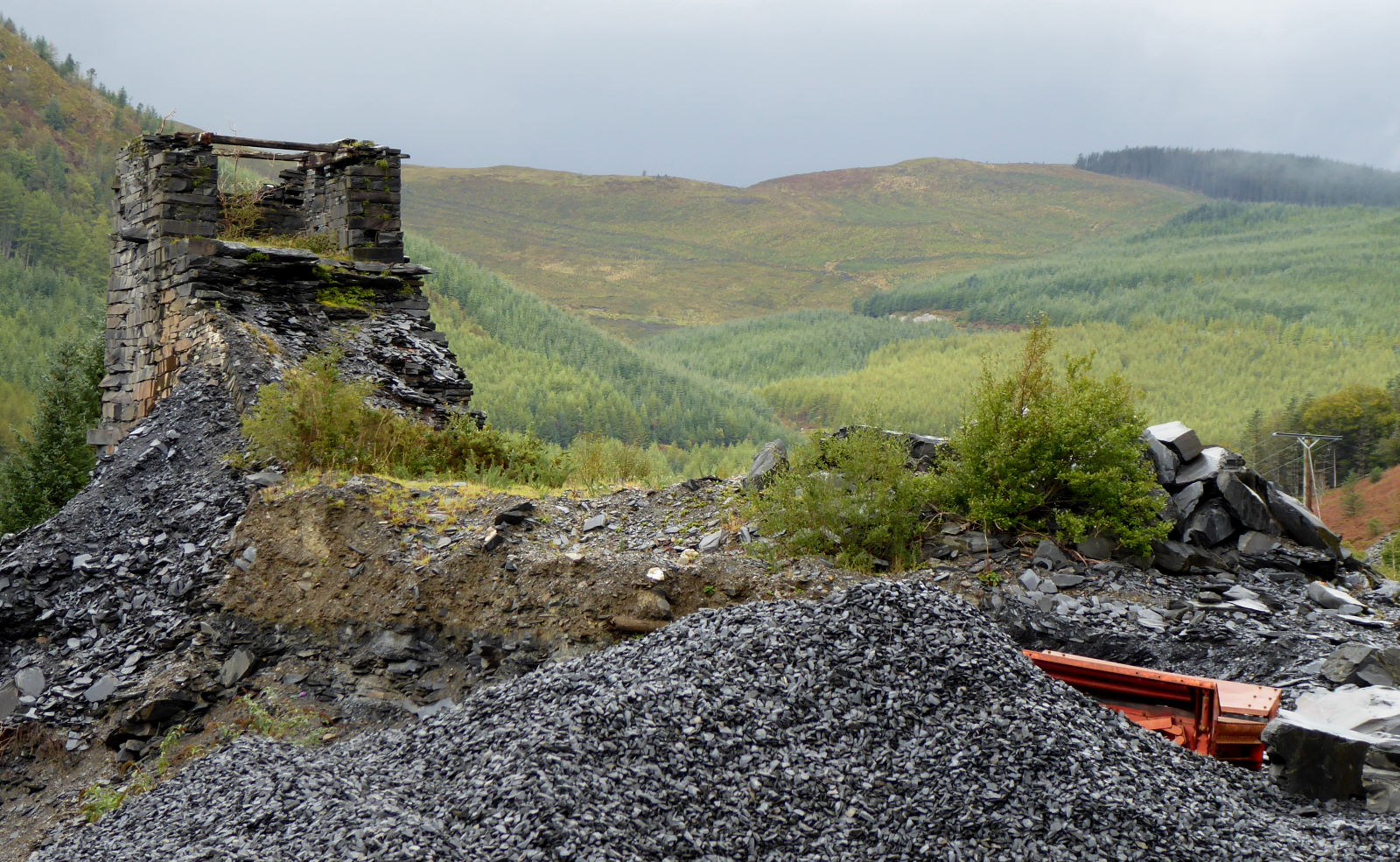 The slate mine at Aberllefenni (pic) closed in 2003, which was obviously a blow to the local economy, but at least it means you’re not close-passed on narrow roads by impatient mining lorries.

You’re close-passed by builder’s trucks and supermarket delivery vans these days, instead. 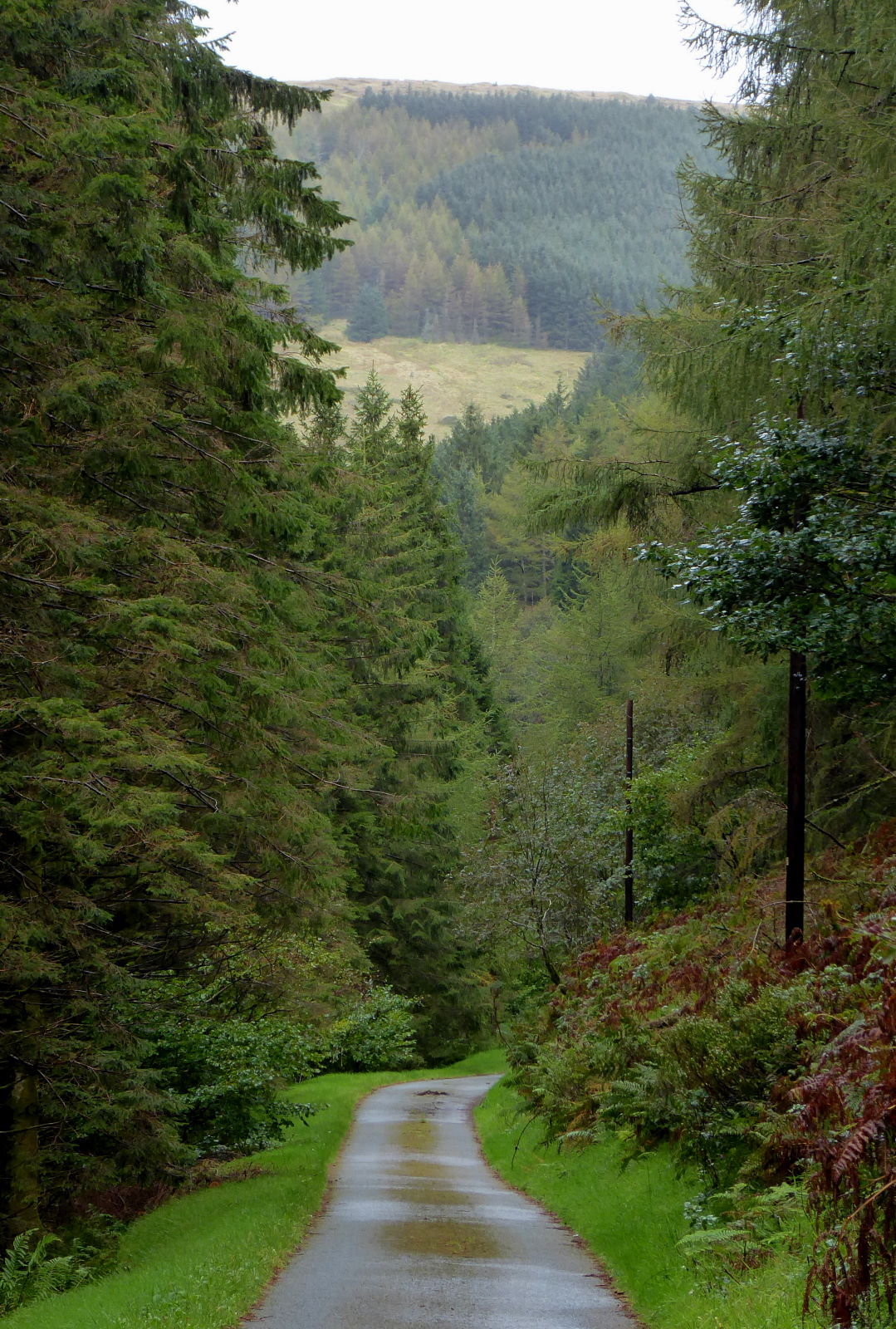 The climb through the woods out of Aberllefeni and over the ridge (pic) is one of the toughest climbs on any long-distance Sustrans route.

Nevertheless, I only got off and pushed once.

Though admittedly that was starting at the bottom and ending at the top. 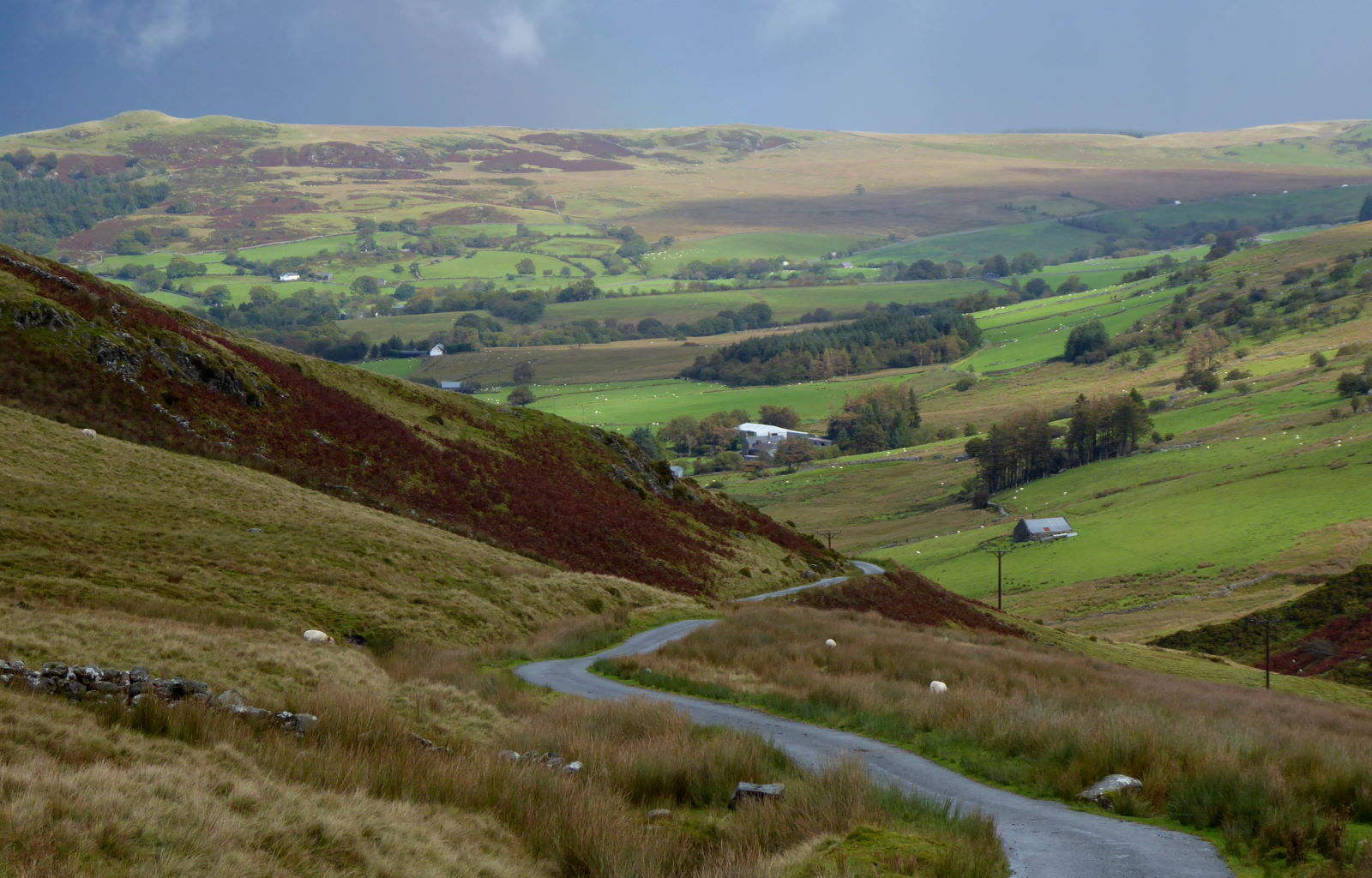 When I did this in 2000, this was a very rough track. It’s now good smooth tarmac, and so I could enjoy the view from the top (pic) knowing there was a nice scoot downhill coming up. 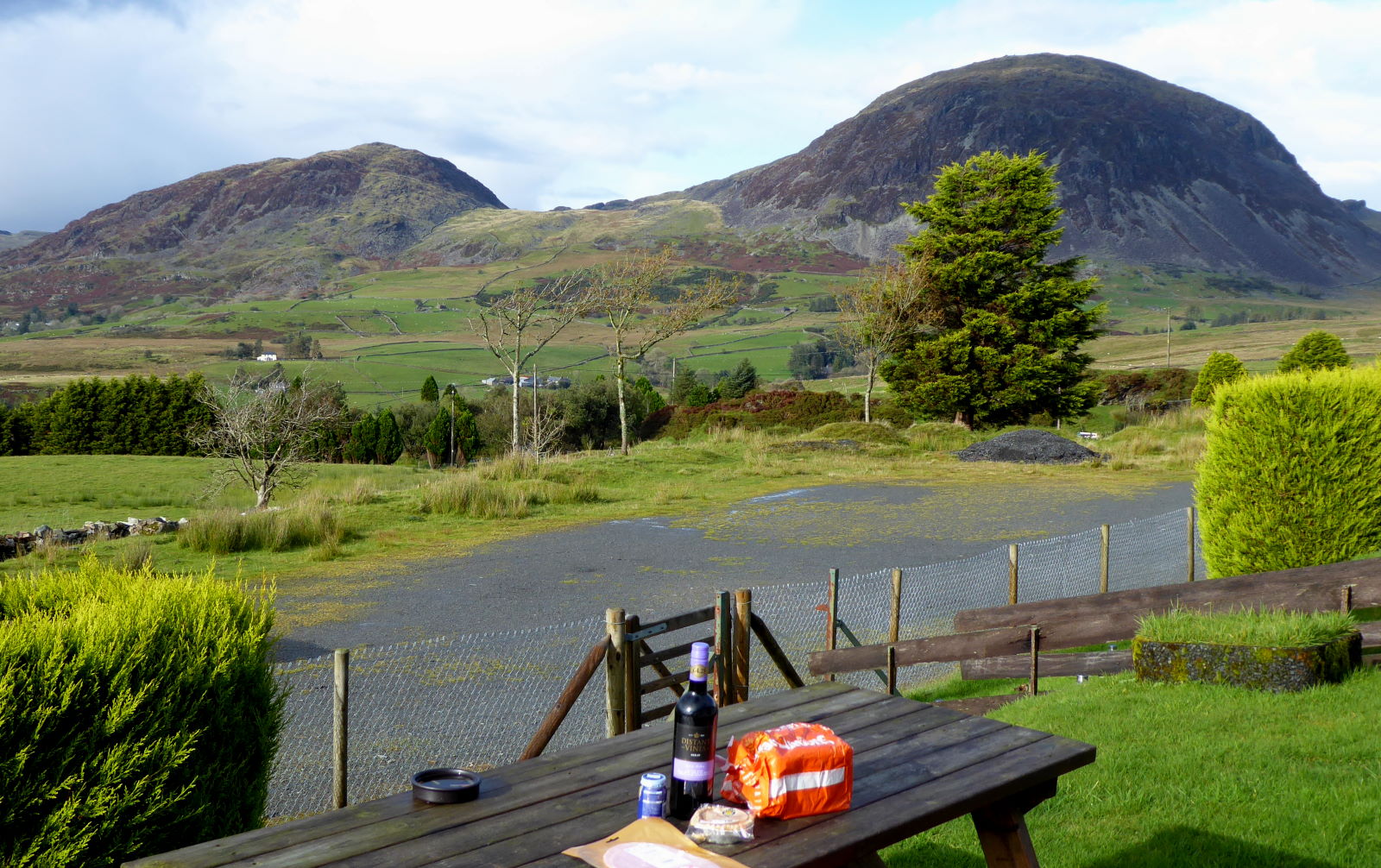 Still, the sun came out as I arrived at my hostel in Ffestiniog. I enjoyed a picnic dinner and glass or two of wine surrounded by glorious Snowdonian mountains from the terrace (pic). A very good day.