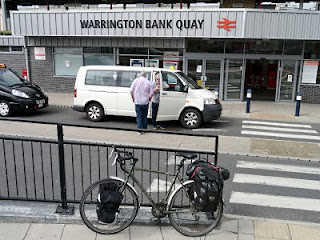 After a convivial night with Si, Sue and company, in which certain single malts may have been involved, I took the morning train back to Warrington Bank Quay to pick up the pieces. Er, I mean, from where I left off last night. Warrington Bank Quay (picture) is one of only two UK stations to have given its name to a UN Secretary-General. The other, of course, is Annan. 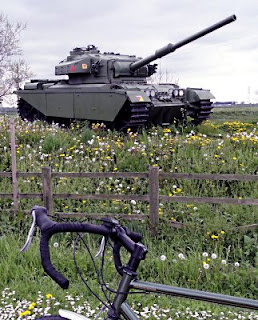 Back lanes and roads took me through Leyland. The approach to the town is marked by a tank (picture), in homage to 1970s carmakers British Leyland, which produced tanks, such as the Austin Allegro. 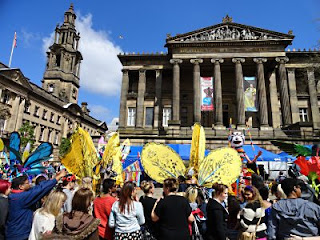 I had lunch in Preston. I’d never thought of it as a Caribbean sort of place, but its impressive Guildhall quarter was throbbing with a rehearsal for its Carnival next week (picture). 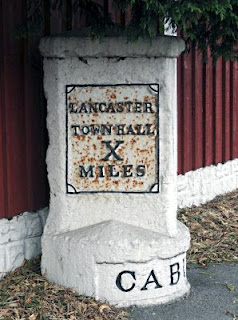 Just north of Garstang was one of the few milestones in England expressed in algebra (picture). In keeping with most milestones, perhaps it should really say “X+1, where X is what the previous one said”. 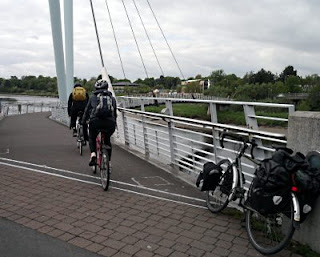 At Lancaster I crossed the Lune via the splendid Millennium Bridge (picture). As with the rest of the day, I was surprised by the large number of cyclists out on a run. They were everywhere. Though, as all looked identical, it could have been one group of five simply following me around. 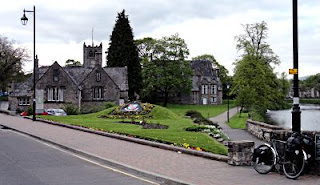 Lovely sunny evening cycling along quiet back roads got me to Kendal (picture), one of my favourite places, thanks to its reopened hostel, its historic and characterful town centre, its Wainwright associations, and the Wetherspoon round the corner with its Lancaster Red and wifi.