Day 2 of the fifth Compass Ride was another lovely hot summer day, and involved some wonderful countryside, a priceless painting, Britain’s best or worst railtrail, and a concluding dip of the wheels in the North Sea. 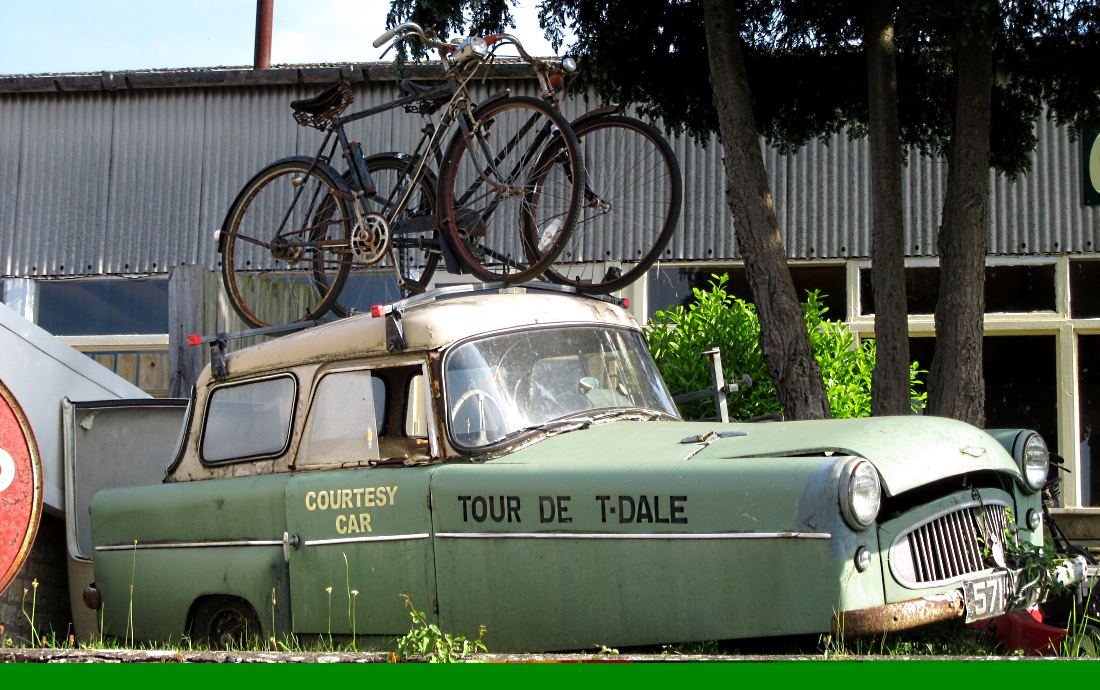 It was an early start into the blazing morning sun from Thornton-le-Dale – too early, alas, to visit the Classic Car Museum, whose displays (pic) include this remnant from Yorkshire’s first unsuccessful bid to host the start of the Tour de France. 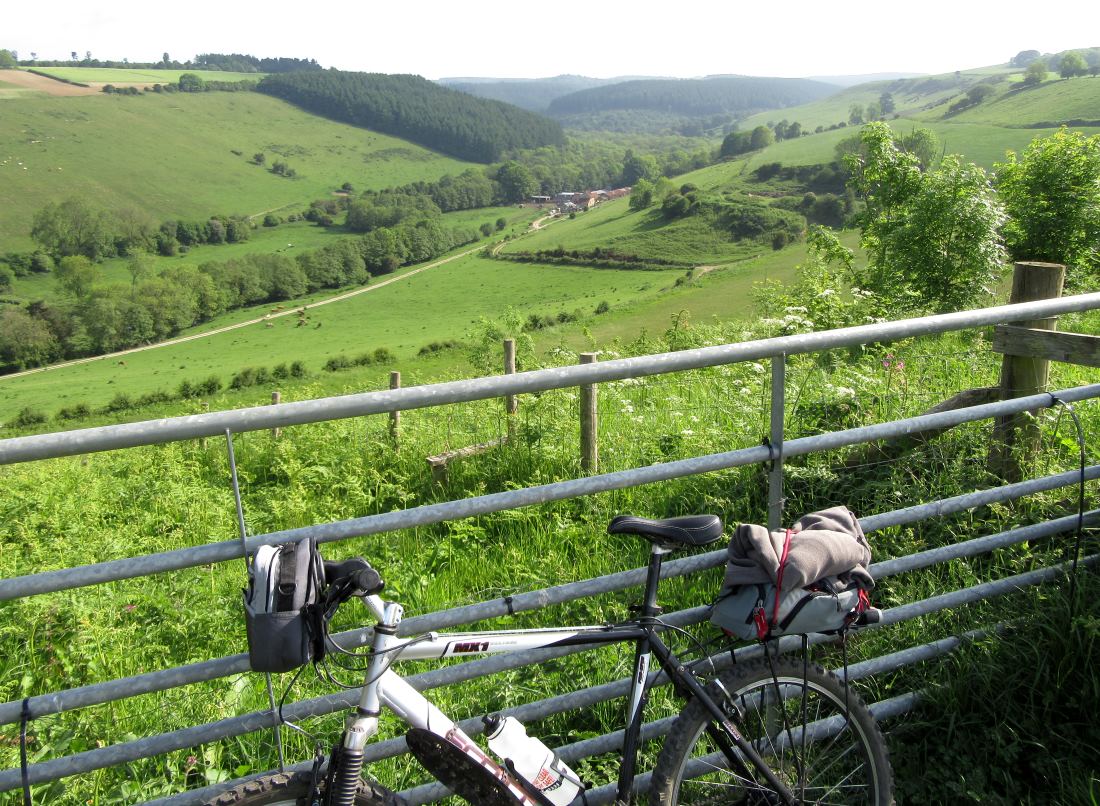 I climbed out of Thornton and started my traverse of the North York Moors on the network of farm tracks, bridleways and paths that cover this beautiful area (pic). It may have been half term, but I hardly met a soul. It was clearly a good day for the area’s souls. They didn’t have to meet me. Suited us both, then.

After Dalby Forest I headed on road through Langdale and up through Broxa village, then along more forest tracks (pic) overlooking Harwood Dale. Cycling along in perfect solitude I had time to contemplate meaningful questions, such as why I had left the sunblocker at home. 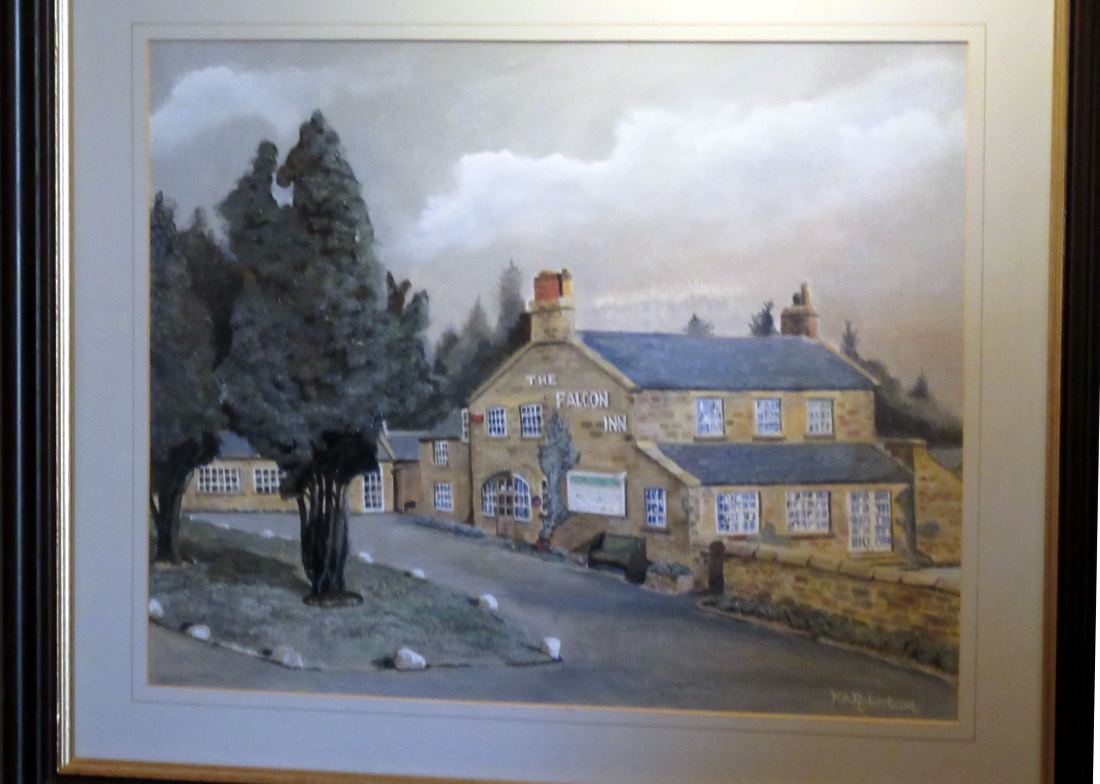 I had to drop in to the Falcon Inn. This was a favourite post-walk haunt of my uncle Frank, who lived down the road in Cloughton, and his painting of the pub still hangs by bar (pic). I toasted him with a diet Pepsi – it was too early in the ride for a beer – and noted that he would sometimes walk in a day the distance I was mountain biking. 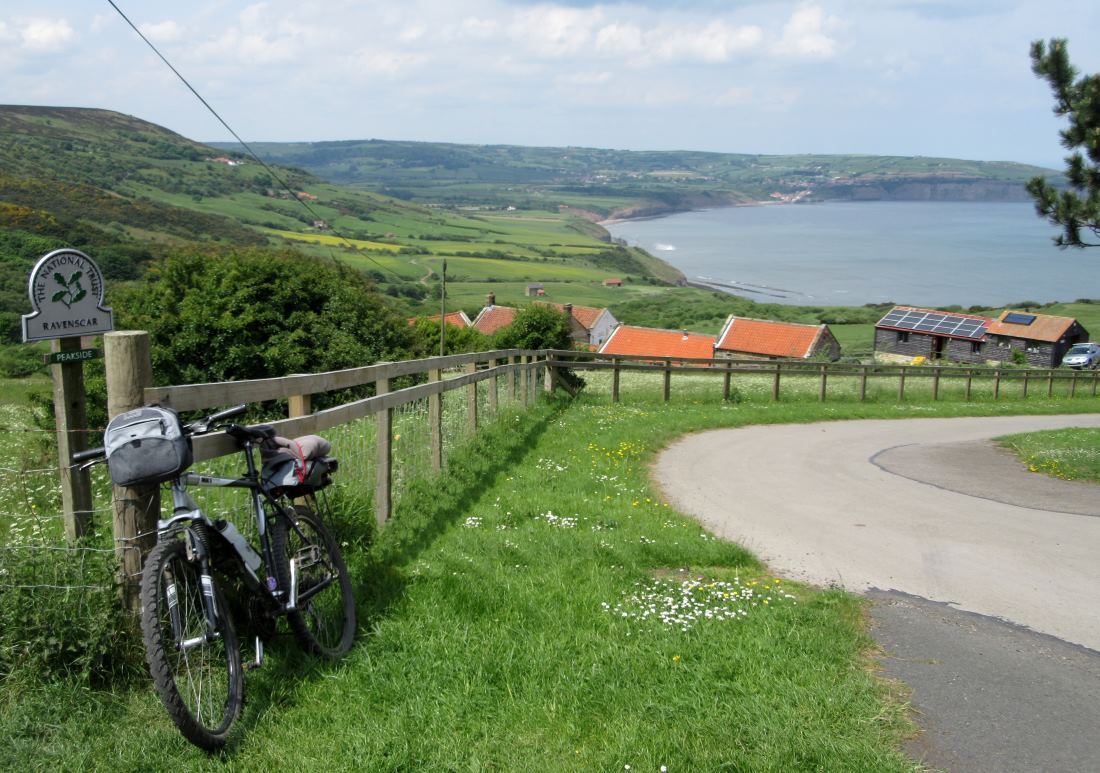 From Ravenscar, the resort that never was, I took the old railway path that runs from Scarborough to Whitby. This stretch, from Stoupe Brow, is one of the most spectacular cycle trails in Britain (pic). It often has people standing open-mouthed and taking pictures, not quite believing what they’re seeing. Not the views, but the quality of the track’s surface. It’s appalling.

(The other way to enjoy the coastline is to walk the Cleveland Way, which loops round the Moors from Helmsley to Whitby and down the coast to Filey.)

Presumably the council have called it ‘Cinder Track’ (after the material originally used as the trackbed) to try and make a positive out of the dodgy surface (pic). They should have called it ‘Uneven Potholed Rocky Unpleasant Fit Only For Full-Suspension Mountain Bikes Track’. Or, for even more comic effect, ‘National Cycle Route 1’. Which, amusingly, is what it is called.

I’ve done the trail loads of times, and have seen people fall off and be hospitalised because of the terrible surface. Obviously I knew what to do when this happened, and sprang into action: I went straight to Ravenscar Hall and ordered some tea and cakes for everyone. 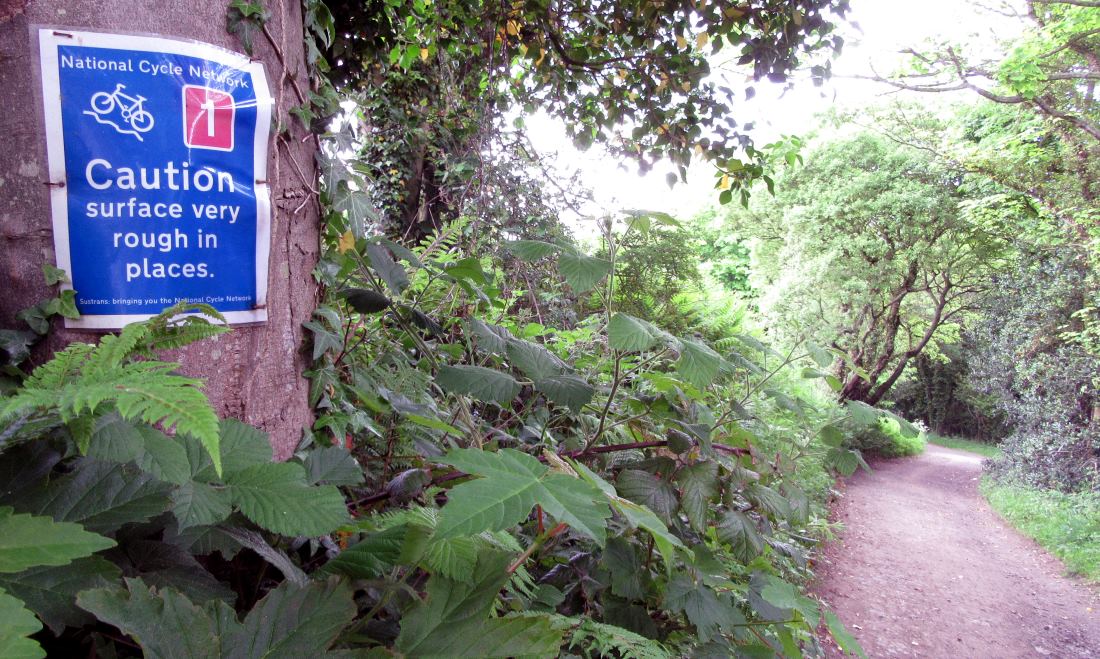 But I’m glad to say that some money is at last being spent on it. They’ve put up some signs saying ‘Caution: Surface very rough in places’ (pic).

At the trail’s entrance at Whitby, there’s a big sign saying ‘Cinder Track. Where will it take you?’. To which the answer is, A&E, probably.

Anyway, thanks to having a decent hardtail trekking bike, I made it the five bumpy miles to Robin Hood’s Bay along the track – freewheeling almost all the time, down the long slope that was a stiff challenge to the steam trains. 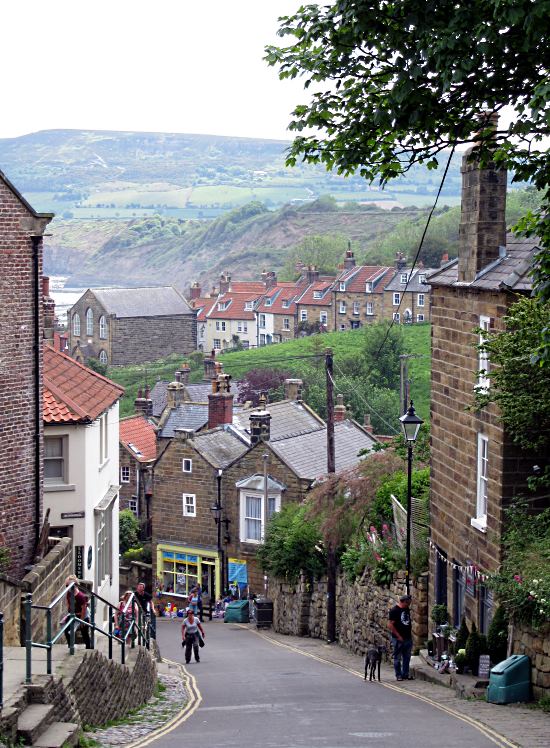 Robin Hood’s Bay has the almost surreal look of a Cornish fishing village that’s been washed in a storm into the Yorkshire coast, and is approached by a 1 in 3 hill down to the harbour (pic).

It’s totally unique and like nothing else in the county.

Except Runswick Bay up the road, I suppose. 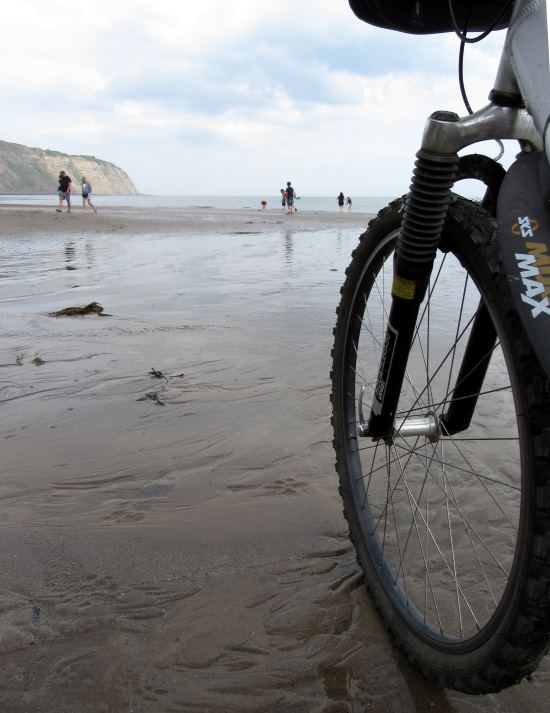 Down at the harbour the beach was full of families enjoying a hot summer day. I dipped the bike’s front wheel sort-of in the sea (pic): my choice as the northeasternmost point of Yorkshire, and the conclusion of this particular ride.